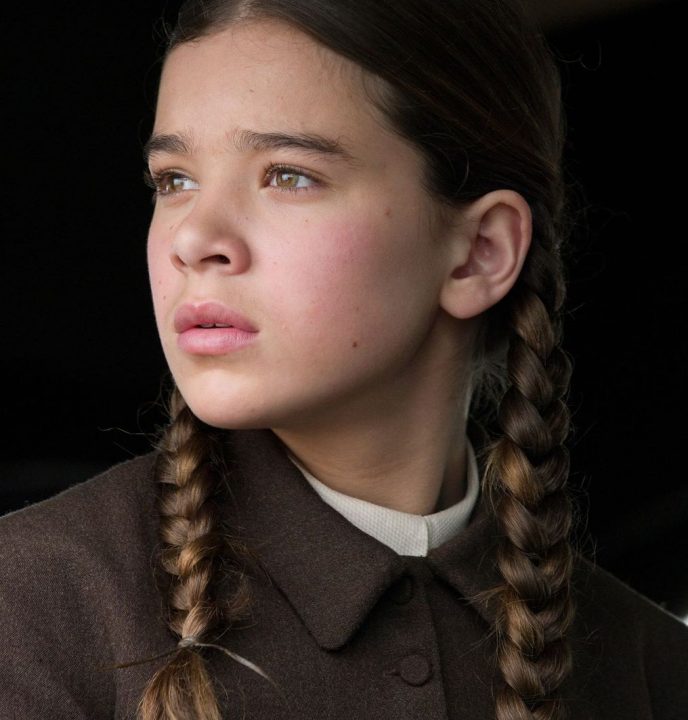 I’m the first to admit that my disdain for Hollywood’s penchant for remaking classic (and not-so-classic) films from history has become something of a joke amongst the film community – everything from classic horror, drama and even drama films are being lined up for the dreaded “modernization” (or, alternatively, “updating”) for younger audiences. Typically, remakes are technically proficient yet lacking the thing that made the original truly great – that lightning in a bottle which allowed said film to transcend the dust of history to remain a true classic. Remakes have a long, sad history in Hollywood, and yet people still think it’s a good idea. Personally, I’d rather filmmakers spend time developing new ideas and stories to bring us, instead of simply recycling older films with usually less-than-impressive credentials. Having said that, I find myself in the unusual position of watching a remake of a genuine Hollywood classic, and actually finding myself thinking it’s the better film. How the hell did that happen?

Joel and Ethan Coen have done something I did not think possible in this modern age of cookie-cutter remake-happy cinematic laziness: they’ve taken a classic John Wayne film, re-cast it, retold it, and in my eyes, delivered one of the finest genre films to come along since Costner’s Open Range. Well filmed, with a more true-to-the-novel approach to the narrative, 2010’s True Grit has a refined, classic quality which is truly hard to ignore. The story is, at its heart, quite simple – Mattie Ross (Hailee Steinfeld) arrives in a small frontier town to collect the body of her recently murdered father; his murderer, a wanted outlaw known as Tom Chaney (Josh Brolin), has fled for the Indian territories, meaning local law enforcement cannot pursue him. Mattie hires a grizzled old Federal Marshall, Ruben “Rooster” Cogburn (Jeff Bridges), to track down her father’s killer, in order for her to kill him. Her quest for justice is also enabled by Texas Ranger LaBoeuf (Matt Damon), who also seeks to arrest Chaney for crimes over in Texas, a snafu Mattie doesn’t agree to, since it would mitigate her own sense of revenge. As they travel through the prairie of the Old West, the trail to Chaney becomes colder and colder, until a bit of luck brings about a final confrontation that will not only ask the drunken Rooster Cogburn to realize his sense of purpose, but deliver the long-awaited chance of retribution into the hands of the young Mattie herself.

Most reviews and articles on this film have trod the well-worn path of comparison with the 1969 John Wayne vehicle of the same name, a film which itself was also based somewhat on the original novel by Charles Portis: I’m not going to spend any more time trying to make comparisons to what is a revered (genuinely so) film in the Wayne canon, except to say that I think this version of the story is a meaner, leaner, more succinct version, and the more accessible to watch. The Coen Brothers, famous for films such as O Brother Where Art Thou, Barton Fink, The Big Lebowski, Fargo and Best Picture Oscar winner No Country For Old Men, have turned their eclectic gaze towards a more mainstream entry into their oeuvre. Their films are renowned for weird characters and indelible characters of what can only be described as an eccentric nature, with a penchant for being a little left-of-centre, however, True Grit represents perhaps their most straightforward effort yet – even moreso than No Country For Old Men, the previous holder of that title, in my opinion. This story of retribution, a quest film of quiet nature and muted eccentricity, is both wonderfully cast and superbly acted: directorially, it’s hard to find much fault in the Coen’s production of this story.

The first aspect of the film worth noting is the casting – particularly the twin leads of Jeff Bridges in the John Wayne role of Rooster Cogburn, and Hailee Steinfeld as Mattie Ross. Both actors are superb in their respective roles, with Bridges delivering a scenery-chewing portrayal of the drunken wash-out whose best years are obviously behind him, and Steinfeld the most straight-up pain-in-the-ass girl I’ve seen on screen in ages (she’s adorable, really!). Bridges may chew the scenery, strolling through this film with the half-cocked drunken slur he can do so well, yet the Cohens never once allow him to overpower the film with his performance. Often, a single performance will overwhelm a film (won’t it, Al Pacino?), obliterating all memory of anything else well after the fact, and although Bridges threatens to do just that at times, the quality of the rest of the cast and the scripting rises to the challenge: Steinfeld, making her Oscar nominated film debut (damn, this girl can act!), is up to the task of holding her own alongside Bridges’ powerful portrayal. Mattie Ross isn’t a sympathetic character, as Hollywood is wont to present, she’s “a pill”, according to the Cohens themselves, and while a character that’s essentially unlikeable runs the risk of being, oh, unliked by the audience, the clever writing and spot-on performance by Steinfeld is mesmerizing to watch – Mattie might be a pain in the backside, but she’s the kind of daughter I think any father would love to have.

If there is one weakness to the film, I’d have to turn the spotlight towards Matt Damon here. While he does a solid job as Ranger LaBeouf, accent and all, he just doesn’t feel as real in the role as his fellow cast members. The role of LaBoeuf was originally played by country singer Glenn Campbell in the ’69 version, and I think Campbells natural country style lent the perfect air of the man to the character – Damon can’t muster the testosterone for the part, and at times even appears to be hiding behind that bad 70’s porno mustache he’s forced to wear throughout. It’s not a distracting fault with True Grit, let me just add, but if there’s any specific weakness to the casting on this film, that would have been it. Josh Brolin, as murderer Tom Chaney, has a small role indeed (he appears late in the film), but does the role justice as the sniveling, bully-boy killer who seems more stupid than he probably is. If I was the Coens, and I know hindsight is a wonderful thing, I’d have cast Brolin as LeBoeuf and Damon as Chaney, because I think they both could have done better in each others’ roles. Just my two cents. Keen eyed observers will spot an barely recognizable Barry Pepper late in the piece too, as Lucky Ned Pepper (the role originally played by Robert Duvall in the ’69 version), a horrendously violent and morally corrupt gang leader who obviously has a history with Cogburn – a history that comes to bear in the films final confrontation.

I mentioned earlier that this represents the most mainstream of all the Coen films – the style the Coens have honed over the years in their indelible style has been reined in somewhat to deliver a strong, straightforward narrative that delivers the right punches, the beats of humor and violence, and holds your attention from frame one. Scenes set up the characters superbly – Mattie’s haranguing barter with local financier Colonel Stonhill (Dakin Matthews) is a delight to watch, while the introduction to Cogburn is screamingly funny in its own way, and the Coens sense of timing and style complements this narrative superbly. They have a sense of rhythm, the Coens, to tell a good story well, without dramatic flourishes or cinematic “poetic license” to lairise the camera about. Instead, the framing and editing of this film is pure and simple, without ostentation or obviousness. I guess the word “restraint” could come into play here; even though the flashes of violence could lend themselves to an explosion of testosterone-driven pyrotechnics, the film never becomes a blood-fest or gory for the sake of it. There is blood within the story of this film, of course; a film about redemption such as this would be pretty neutered without it. The focus isn’t on the gore or the bad things men do to each other, rather, it’s on the characters, and I for one appreciated it. With a cast this good, watching these people is an enjoyment in and of itself.

Of the two technically oriented things I’d like to mention, the most prominent is the cinematography of Roger Deakins. Deakins, a British cinematographer whose work on films as diverse as Shawshank Redemption, A Beautiful Mind, Rango, The House Of Sand And Fog, as well as almost all the Coen Brothers films since Barton Fink, has captured the dirty, crystal clear roughness of the American West perfectly, and both he and the Coens utilize the widescreen frame wonderfully, eliciting the emotion from each and every scene with relative ease. The other point to note is the wonderful score by Carter Burwell, a terrifically rousing, evocative orchestral work that complements the story superbly. God, I need to find a better adjective than “superbly”. It doesn’t do this film justice, and I’ve used the word way more than I normally would in a single review.

Simply put, True Grit is an amazing film. The story is told very, very well, with excellent performances by Jeff Bridges and newcomer Hailee Steinfeld (both worthy Oscar nominees, by my estimation) and a terrific supporting cast. The scripting is razor sharp (I expected nothing less from Joel and Ethan) and the technical side of the film is more than adequate to drag the viewer right into the world these characters inhabit. While other films come and go, True Grit (in both incarnations, I suspect) will become, and remain, a classic of both the Western genre and American cinema in general. It is essential viewing, and a film I’d not hesitate to use the word “masterpiece” in describing.

What others are saying about True Grit:

Rory Dean over at Above The Line has this to say: “If this film is a demarcation for the Coen brothers, a decisive interest in characters not so unlike us, it will prove to broaden their already significant and rightful presence among the best filmmakers of the past quarter century.”

Dan The Man drools at the mouth with his review: “The Dude playing a sheriff. This is heaven.”

Aiden over at Cut The Crap enjoyed the work of Hailee Steinfeld: “And big props to Hailee Steinfeld as Cogburn’s tween employer, Mattie Ross. Doesn’t hurt that Ross was the best character to begin with, but Steinfeld’s got the chops of someone twice her age and she holds her own like a total boss in her silver screen debut.”

Our mate Tom Clift had this to say: “As it stands, True Grit can be placed alongside Joss Whedon’s Serenity as the best good time western to be made in quite a few years, and yet another solid entry into the Coen Brothers extensive and impressive filmography.”

Finally, Will at Silver Emlusion had a more ambivalent feeling about it: “…In any case, it’s a good film that audiences unfamiliar with the story will likely enjoy and look to as proof that good Westerns are still possible.”