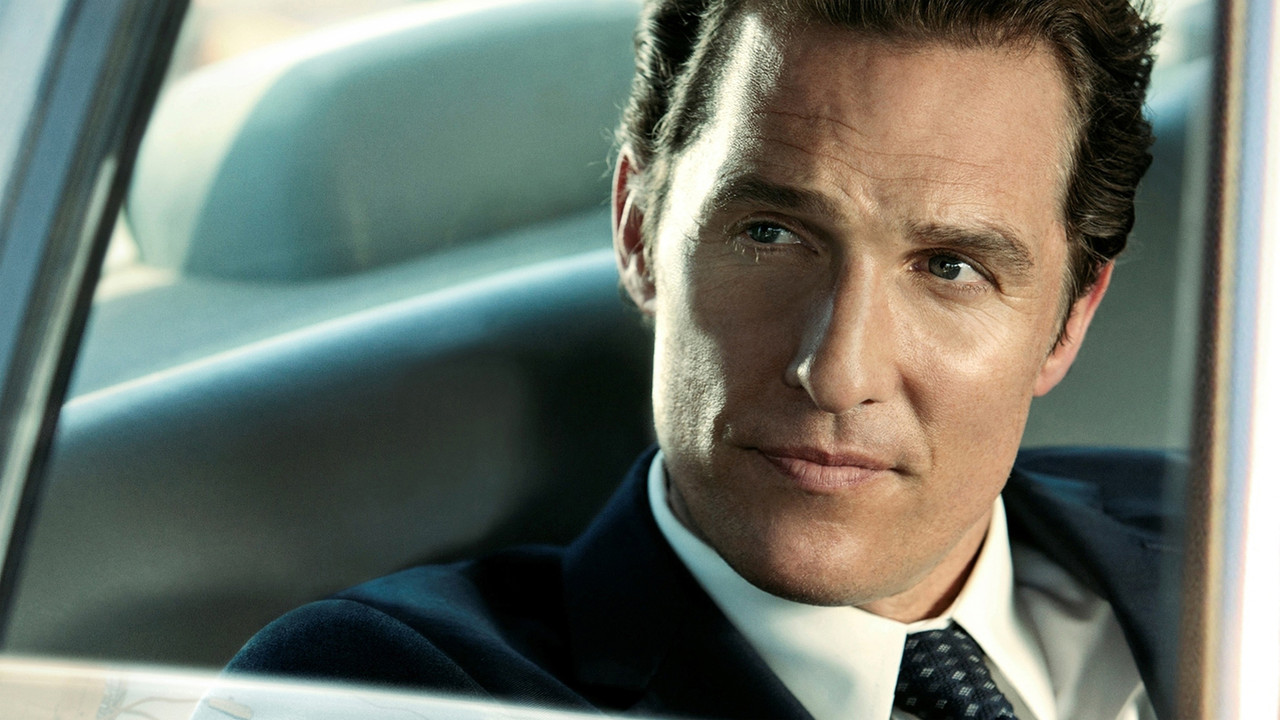 Legal minefields might make awesome Hollywood fodder, but often, they can feel a lot like “been there, done that” a fair amount of the time. Blockbuster courtroom flicks like A Few Good Men, 12 Angry Men, A Time To Kill, The Verdict and Presumed Innocent all stand tall among the very best of the justice system playing out on film, and we’ve had decades of television shows doing the same (Law & Order among the most prominent current iterations), so we’ve all become accustomed to the American legal system in due course. The Lincoln Lawyer, based on a novel by Michael Connelly (who also wrote Blood Work, which itself was turned into a film by Clint Eastwood back in 2002), is yet another variation on a theme – a well-worn theme of a defense lawyer having to defend a man who could actually be guilty of a horrendous crime.

Defense attorney Mickey Haller (McConaughey) runs his business out of a Lincoln Town Car, flitting from courthouse to courthouse defending those accused of various crimes. At the behest of a friend, Val (John Leguizamo), Haller is given the case which could make him rich: wealthy real estate heir and LA playboy, Louis Roulet (Ryan Phillipe) has been accused of a vicious assault and battery, a crime he claims he is innocent of. Taking the case, Haller soon begins to believe there’s more to Roulet than meets the eye, and when his investigator, Frank (William H Macy) uncovers some details about the young man, the case begins to fall apart. Roulet’s mother, the cold-as-ice Mary (Frances Fisher), won’t take no for an answer, beseeching Haller to keep her son out of prison. Haller is also balancing a delicate relationship between himself and his ex-wife, local prosecutor Margaret (Marisa Tomei), who has custody of his young daughter. They share parenting responsibilities, but the danger this new case presents poses a threat to everyone close to Haller.

It’s weird watching a Matthew McConaughey film where Matthew McConaughey doesn’t take his top off more than twice during the movie. He of the rippling abs spends most of this film in a suit, or at the very least some respectable casual clothes, and only once (that I remember) has his kit off while making sweet love to Marisa Tomei. And that doesn’t last very long either. Yeah, good old Matt does his best “serious face” in The Lincoln Lawyer, and seems content to try acting his age for once. McConaughey is a decent actor, the proof of which is in his continuous appearances in a variety of films ranging from the shitty (Failure To Launch, Reign of Fire) to the pretty good (Sahara, ED TV) to the excellent (U571, A Time To Kill): The Lincoln Lawyer is the first recent film I’ve seen him in where he’s taking it upon himself to play a specifically morally ambiguous character. At least, ambiguous at first. For every Fools Gold and How To Lose A Guy In 10 Days, there’s a Lincoln Lawyer bubbling away inside McConaughey, and if I was to be honest, I’d rather see him do more roles like this than the bubbly rom-com dreck with Kate Hudson. The entire film features him in almost every scene, and McConaughey is up to the task of shouldering such a large project – the script is spot on right for his type of character, the laid back, cool as a cucumber type, slick hair and big-ass grin just waiting to be brought down a peg or three – the film is better for his performance than it might have been without.

The cast is uniformly excellent, from Ryan Phillipe’s creepily calm Roulet to Fisher’s equally frosty she-bitch, and even Michael Peña’s powerhouse cameo as a lifer sent up by a plea deal Haller made years before (a plot development which comes into the film about half way through) – all the characters feel real, like they’ve got their own backstory and unsaid connections, a facet of the film I was pleased with. Even Leguizamo, as one of Haller’s courthouse mates, is decent in his small (and snivelly) role, which I appreciated because I’ve never really been a tremendous fan of his work. The script doesn’t dwell too much on the interpersonal connections between the main characters, which would normally be a faux pa on-screen, yet director Brad Furman (in his sophomore effort behind the camera) allows the cast to express these connections instead. They don’t need to be stated verbally if the visual connections can be seen; and here, they can. The script also doesn’t stop to spell things out for the audience. If you don’t get what’s going on, that’s too bad, because The Lincoln Lawyer isn’t gonna spell things out easy for you. You have to concentrate. John Romano’s script doesn’t delve too deeply into any of the characters’ personalities, as such, save Haller’s, although the cast is good enough to bring these people to life on their own. Where the script does focus its strengths is in the procedural and structured methodology of the courtroom, and while things may not always occur within the courthouse itself, when they do, the gravitas Furman ekes out is palpable. There’s a definite tension within the film, a sense of a massive wrong trying to be righted, only the pathway to the solution is far from clear.

Where the film does fall flat is the multiple, seemingly neverending plot twists it takes. One moment the Good Guys seem to be winning, then they’re not, then they are again. This is where things aren’t as solid in the film: there’s too many conveniences, too many plot twists that border on the mind-boggling, which derails the carefully built tension of the previous few hours. I’m all for convenience in plot narratives, but the films’ final act seems more like a soap-opera crime drama than a serious work of decent character-driven tension. I think this stems from the exceptionally convoluted plot, which is either not strong enough to allow such a labyrinthine series of twists to plausibly occur, or too well nuanced for such a sharp deviation in storytelling to be convincing. There’s too many characters, not enough red-herrings, and a whole slew of contrived scenarios for this story to be anything but a straightforward crime drama. A more minor criticism I had with the film is its rather lethargic pacing. For a film with so much happening, it just seems so slow. I don’t quite know how this is possible, but I challenge anyone else who’s seen it not to agree with me on that score. Whereas a longer running time might allow more character development, particularly with the secondary characters, all of whom seem more cliches than actual characters, here it feels like a lot of the time is spent dealing with Haller’s anger and moral stumbling than the actual plot, which is to the detriment of the film.

From a production standpoint, the film feels like it was set during the mid 70’s, the washed-out vomit-colored courtroom and and kinda pimp-car Haller drives (or rather, is driven in) seem ripped right out of Shaft, yet the modern surveillance and weaponry on display (not to mention the awesome choppers a bunch of bikers ride at various points in the movie) indicate the recent time period Lincoln Lawyer is set in. The score, from Cliff Martinez (who worked on Pump Up The Volume, Traffic, Wonderland, and will also be heard in Steven Soderberg’s Contagion, as well as the indie action flick Drive) is solid if unremarkable, while Lukas Ettlin’s cinematography, one of the main features of this film, is superb. There’s a depression to the look of this film, a grungy, dirty filter across the majority of what happens on-screen, only to be lifted in the final frames.

The Lincoln Lawyer is a solid Sunday-afternoon thriller, good while it lasts yet unremarkable by the time the credits have stopped rolling. The cast are equally up to the task of delivering the required performances (William H Macy is a particular standout, as he is in just about every film he’s ever been in) and the film is well produced, even if the story isn’t as riveting or original as it pretends to be. McConaughey should be commended for a well put-together clothes-on performance, even if his character seems more constructed than organically developed. The Lincoln Lawyer is yet another courtroom drama with pretensions of something more, and although it never can quite transcend it’s genre cliches as often as it needs to to be a genuine bullseye, still manages to be good enough for a hearty recommendation.