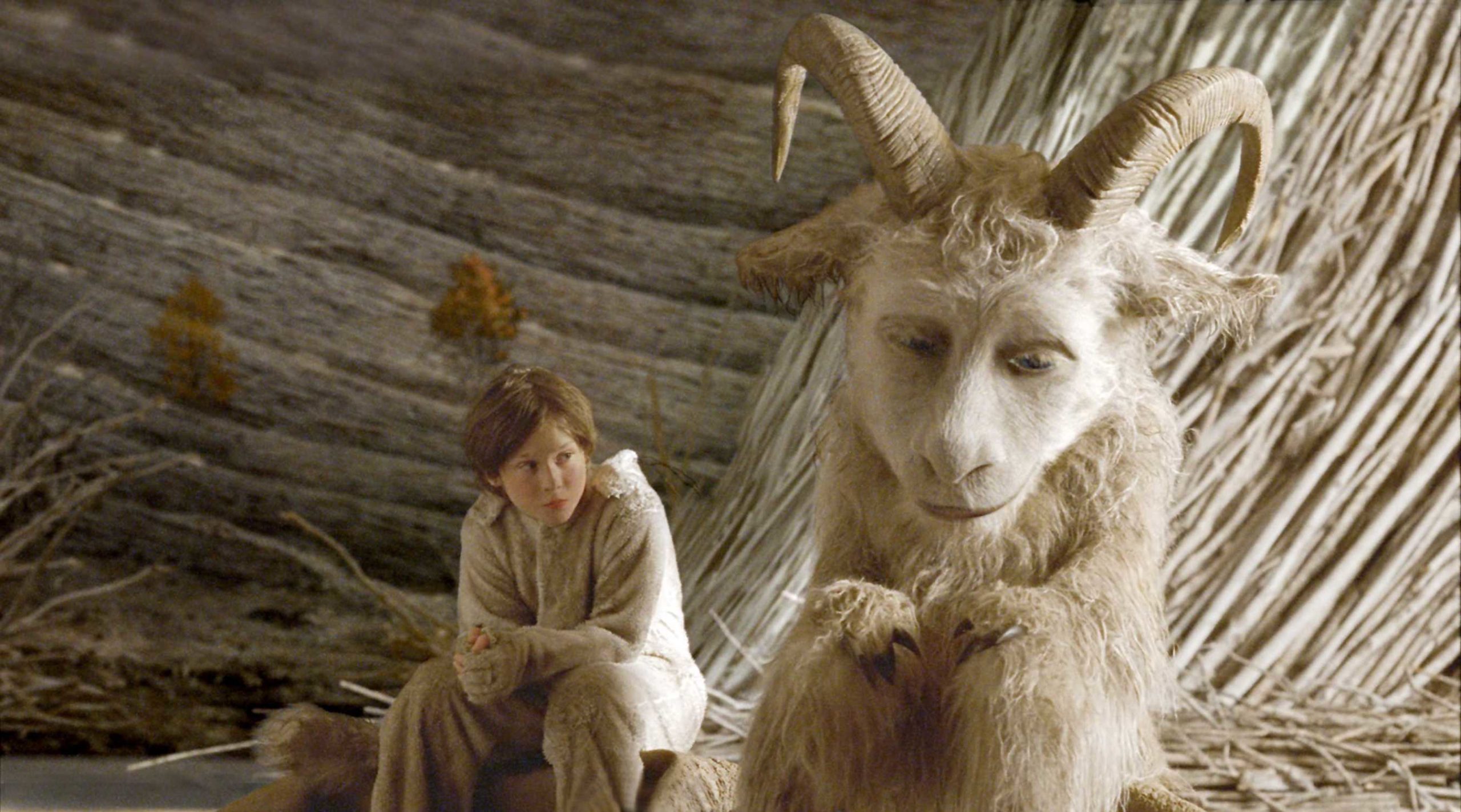 Director : Spike Jonze
Year Of Release : 2009
Principal Cast : Max Records, Catherine Keener, Mark Ruffalo, voices of James Gandolfini, Lauren Ambrose, Chris Cooper, Forrest Whitaker, Catherine O’Hara, Paul Dano, Steve Mouzakis.
Approx Running Time : 104 Minutes
Synopsis: Max, a young boy finding things tough at home, runs away after a fight with his mother, and ends up on a fantastical island inhabited by strange creatures. There, he makes himself king, and discovers that there’s more to being a ruler than simply getting your own way all the time.
What we think : Visually arresting, yet paced barely faster than a glacier, Where The Wild Things Are is both an astonishing and disappointing film to watch. The themes are nigh universal – loss, frustration, confusion and friendship, and Spike Jonze’s elegant, spot-on visuals certainly transport you to the land of the Wild Things, but the film is deadeningly slow, and will alienate all but the most cerebral viewer. A visual treat, yet an emotional vacuum, WTWTA isn’t a film I’d recommend to a casual viewer.

It’s tough to write this review. I feel a little like a traitor of sorts, having grown up reading the massively legendary book on which this film is based – Maurice Sendak’s seminal work, Where The Wild Things Are – and discovering that no, I didn’t really enjoy this film at all. I know I should have, and I feel bad enough that I tried and couldn’t, but to then have to write a review on exactly why I didn’t like it, when the intangible reasoning doesn’t come naturally to me, is pretty tough. I’ve thought plenty about it, I think it’s the overall melancholy tone Jonze gives the film which gave me pause. Wild Things isn’t a kids film, that much is certain, and it’s a somewhat baffling adult-oriented “remember what it’s like being a kid?” film that often doesn’t know quite where it’s heading as a narrative, but I can’t fault the motives behind the camera. It’s hard to explain, for me, because I have such a vivid childhood connection to the original source material, and I so desperately wanted to really love this film, love it like I loved the book – but I can’t. I can’t bring myself to lie and say “yeah, this film is the bomb” because it simply isn’t. I don’t really understand the critical praise this film recieved upon release, because the themes of the film seem hidden behind a wall of cold, distant sadness, a sadness inhabiting almost every frame of this film. Perhaps, like the book, the film will grow on me, and you, over time, but I can’t bring myself to write kind words about it here. Which I hate.

Max (Max Records), and eight year old boy loving with his separated mother and his sister, is finding life tough. He’s isolated emotionally from his sister, who’s entering that delicate point of life where boys are more important that playing at war with her little brother, and Max’s mother (Catherine Keener) is trying to find solace in a new relationship herself. After a fight with his mother, Max runs away, eventually sailing in a “magical” boat to a mystical island inhabited by large, powerful creatures. Initially thought of as food, Max convinces the Wild Things that he’s their king, which they accept (as you do if you’re a monster and a small kid jumps out and says he’s the king…?). Max befriends Carol (voice of James Gandofini), the apparent leader of the group of creatures, and forms a bond with him – a bond formed from a mutual desire for acceptance. Carol is going through a relationship breakup of sorts himself, with KW (voice of Lauren Ambrose) appearing on the periphery after their never-shown fight. Max promises to look after the creatures, and together they begin to build an enormous fort, until fractious emotional discontent between the creatures threatens to tear their happy world apart. Max, finding it harder and harder to stay “king” with such tension, and recognizing that his inability to think beyond his own selfish needs, must make a choice between staying a lonely, frustrated child in the land of the Wild Things, or return home to his family.

I just don’t get it. Why turn a much loved childrens book consisting of some minimal story plotting, a fairly basic idea, and some hard-to-make-real artwork, into a live action film? The book, as enduring as it is, doesn’t immediately cry out for the Hollywood touch, that much is certain. Its minimal prose, and lack of character depth beyond Max himself, makes any attempt to translate this to a full length live action film fraught with potential danger. Spike Jonze, a film-maker with that extraordinary “auteur” quality, has performed some kind of CPR on the story, added characters and given the story a depth and breadth it never had on the page, yet at the same time neglecting to give the film that which the book has in spades – heart. The original book told a simple tale of an angry little boy journeying to a world where everything he imagined could come true, and while I understand the need to extrapolate more emotion out of the character for a full feature film, I can’t understand why they felt the need to even try. You might as well try turning Spot Goes To The Park into a feature film.

That said, the film is a brave, astute undertaking of melancholy, anger and frustration, which immediately makes it hard for many viewers to accept. The film isn’t a comedy, nor is it in any way humorous. It’s not. It’s a sad film, a film trying to examine human feelings of loneliness and longing, a story of a little boy trying to act bigger than he is and failing at it, with monsters. My God, I wanted to laugh at least once through this thing, but I couldn’t. There’s no humor at all in it. I’m all for exploring the darker side of human nature, don’t get me wrong, but this film is so weighed down with being slavish to the books nihilistic tone, it almost implodes on itself. Maybe I just hoped for a more uplifting tale. After all, the framework of the book has been expanded for film, so why not make the characters more, I don’t know, likable? Max’s mother, played by Catherine Keener (in yet another paycheck-flick for which she does nothing for her career, much like her appearance in Percy Jackson & The Lightning Thief) doesn’t seem too bad a parent, yet Max has the petulant frustration with her that sends him on his journey, and I can’t for the life of my understand why. Max’s sister, on the other hand, is a complete cow, so maybe that’s the last straw. In any case, Max isn’t developed will enough at the outset to engender any sympathy from me, which I guess is probably the point. He’s a kid, after all, and behaves as emotionally stunted as one, so if it’s realism in this aspect, Jonze hit the nail on the head there. Max Records, who plays Max the child, is a good enough actor, and looks the part with authentic innocence and subliminal anger and confusion, and it was a pleasure to watch him in action.

The monsters, the titular Wild Things, are fantastically designed and performed by the live-action crew, mixed with a little digital facial work to give them a range of humanistic expression. Carol, a hulking frightmare with overtones of Labyrinth’s Ludo, is the key character Max associates with most of all, and with James Gandolfini providing a surprisingly effective vocal performance, is perhaps the most affecting character in the film. Without giving anything away, his final scene in the film is actually the most moving and heartbreaking in the whole picture, but getting there is a bit of a chore. The rest of the cast of crazy monsters are ripped right out of Sendak’s brain and design, with each one a combination of a variety of animal stylings: goat horns, antlers, long yak-like hair and even a beak thrown in for good measure. The voices behind these characters, such as Forrest Whitaker as the looming Ira, and Paul Dano as Alexander, the goat-man who feels invisible to the attentions of the others, are realized with a stunning sense of timing and reality – these creatures behave and talk like kids themselves, with their own unique personalities. I think each one was designed to represent an aspect of human emotion, and while initially a little hard to figure out, eventually I smartened myself up and understood it.

I’ve mentioned the rather negative tone the film seems smothered with, and even with Jonze’s charismatic and elegiac camerawork, I just felt the energy of the thing draining away with every passing minute. The script, as threadbare as Sendak’s book for all the character development involved, tries to pass itself off as a kind of modern fairy tale, a warped social commentary if you will, but seems disjointed and abstract for no apparent reason. With production design as gorgeous as that which we see here, and character designs that cry out for the cinematic format, the end result doesn’t quite “gel” as it should, and it’s annoying. Plus, the slowly paced story doesn’t try and get to the point at any stage. And by slow, I mean slower than death. I’m all for pacing a film if the story has the width to allow it, but the dearth of material Jonze is trying to explore here doesn’t warrant the long pauses and seemingly endless time it takes for the story to move forward. Don’t get me wrong, stuff happens in this film, but it’s mostly sideshow stuff from the real meat in the script.

If I were to be blunt, and as a critic who takes his work seriously, I’m in the situation where bluntness often seems like cruelty for the sake of it: Where The Wild Things Are isn’t a film that moved me, nor did it excite me to see these character brought to life. They were brought to life quite well, it’s just that I didn’t connect with them. Does that make me strange, considering the universal praise heaped upon this flick at the time of its release? I just didn’t connect with this film. I tried, I really did. I guess perhaps a re-watch sometime in the future might have me changing my mind, but to be honest, I doubt I could be bothered. The film did little to make me think that I needed to be in a different mood to watch it, so it’s highly unlikely I’ll do so anytime soon. Others may find more to enjoy and appreciate than I did, and aside from the sublime production design (oh, one note – night-for-day filters don’t work so well in this modern age of film-making, Spike) there’s not a lot more I can recommend to you about the film.

9 thoughts on “Movie Review – Where The Wild Things Are”