Why Going To The Movies Sucks!

I was asked a few weeks back as to why we don’t review many new theatrical releases here at fernbyfilms.com. The reason for this is not exactly a new one, but it does bear repeating, because I think many studios and cinema companies are going to do themselves out of a business before too long if they keep going the way they are. It’s true, many of our reviews are recent releases on BluRay or DVD, or older films we’ve had on DVD for ages, but only on the odd occasion do we manage to eke out a review for a latest theatrical release film. The most recent one being the alien apocalypse film Battle: Los Angeles. I can count on the fingers of both hands the number of films I’ve seen in the cinema in the last two or so years: a Transformers, Cloverfield, District 9, Watchmen, Avatar, and Battle: Los Angeles. No, I don’t go to the cinema very often. I used to go every week, and did so for about four straight years, at one stage. Nowadays, I’d be lucky to go twice a year.

Which is pretty sad for a website devoted to film reviews. But let’s investigate why, shall we?

First, the cost of attending a cinema screening runs into a considerable amount these days. How’s this for a staggering statistic: in 2009, the average ticket price in the USA was $7.50. Comparison price in Australia was around $16.50, depending on which capital city you lived in. The most recent screening I want to, Battle: LA, cost me (via online booking) $20 plus a $1 booking fee! According to its official website, a ticket to the same film, for one adult, at AMC Avco Centre, on Wiltshire Boulevarde in LA, will cost me $11.50US (or, $9.50US for a matinee). Considering the Australian dollar and the US dollar are currently at parity, or damn close to it, why does the Australian ticket price cost almost 200% more? Factor in the cost of 3D glasses if you’re watching a 3D movie, and you can add about $3 onto that end cost as well! The bureaucrats will scream that the studio sets the pricing on the tickets, plus the government taxes and rent costs, and all the cinema makes is about $1 a ticket, apparently. The rest goes into the rental of the print of the film, and other ancillary costs. Absolute balderdash. I refuse to pay more that about $15 to see a film in the SuperCinemaExtremeScreen thingamajigs they have these days. It’s still just a film, guys. Any more than the $15-mark, and I can just wait for the eventual rental at the DVD store. Which is what I do. Yes, I’m prepared to wait for a film to come out in a format able to be enjoyed away from the maddening crowds, even if it means I’m a little late in my thoughts for this website.

Cinema chains in Australia will cry poor, obviously, and jack up the prices of their candy bar items to make a profit. $10 for a pre-mix of Coke that tastes like dishwashing liquid? I don’t think so. $5 for a bag of chocolates I can get for half that at the nearest supermarket? Screw you and your “no outside food and drink in the cinema please” laws – if you’re going to make it cost more for people to go to the movies, why would we want to go? For my wife and I to go to a see a film, buy a drink and a popcorn, would cost in the vicinity of $70-80 after all is said and done. Eighty bucks to see a 90 minute film of questionable quality? Seems a bit steep to me.  You can’t even call it an “experience” to go to the cinema, because the megaplex’s have become all about getting bums-on-seats at the expense of a personalized film experience like you’d have had in the good old days. Guess I’ll stick to renting that film on BluRay, where it costs me about $2 to rent mid-week. 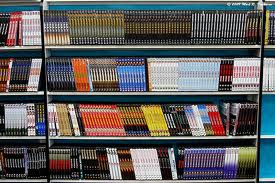 The second thing I hate about going to the movies these days, outside of any cost factor, is the piss-poor quality of the cinemas themselves, and the quality of the prints they show. For all the varied vaunted leaps forward in technology recently, from digital screenings and 3D and whatnot, you’d think the quality of the actual prints cinema chains screen in Australia would have improved, but it would seem the opposite is happening. The recent Battle: Los Angeles print I watched, which was about three days old at best, was drab and uninviting, already dirty and appearing to have a sheen of Vaseline across the lens – probably due more to the projectionist not having the machine set right than the actual print, but that’s a problem too, isn’t it? Poorly trained, underpaid, I-don’t-really-care teenage projectionists working a mile a minute to get the next reel ready for the next session, under pressure and not really caring if there’s a tiny glitch with the projection.

Bear in mind this doesn’t take into account the rude and inconsiderate audience members who insist on chatting through the film, updating Twitter or Facebook on their phones down in the front row, or the mindless commercials we’re subjected to prior to the movie actually starting (another bugbear of mine – why should I be paying to watch commercials? If I want commercials, I’ll stay home and watch the telly!), this is simply about the cost-to-profit ratio cinema chains are heading for.

It seems getting out to the cinema to watch a film is gradually shifting out of reach of the common person. Those on a single income, or with plenty of disposable cash, don’t have much to worry about, but for couples with kids or a mortgage (or both) or other adult costs to pay for, cinema outings are becoming the last thing we want to do with our money. Instead, we choose one of two options: choose a different outlet for our cash, such as sporting events or taking our partners out for a nice dinner – less chance of disappointment than seeing You Don’t Mess With The Zohan – or stay at home with a cheaper BluRay disc and home cinema where you can always press pause to go to the loo. This, plus the increasing ability to download and stream movies directly onto your TV screens (televisions which are now more and more in HD, widescreen and with far superior picture quality than the bog-standard cinema screen) makes going to the cinema an expensive gamble. I know I’m in the minority with a relatively expensive home cinema system, plenty of subwoofers and whatnot, but I’ve got to the point where continuous cinema attendance it not only out of my price range, but also out of my interest range. My private cinema setup is tuned to my personal tastes, goes as loud or soft as I want, has the ability to skip commercials, and features full HD picture and audio. Cinemas try saying that they offer enormous screens and huge sound, but what they don’t realise is that often, it’s not the size that matters. It’s the quality. Sub-par cinema presentations and truly terrible audiences (the ones who chat, laugh or carry on throughout the film) have completely turned me off going to the cinema for everything bar Event films, like a Lord Of The Rings or a Star Wars, where seeing it on the Big Screen is something to savor.

Could this soon be a thing of the past?

The days of the single-film movie cinema are long gone: folks want, for better or worse, a gazillion screens and a movie starting every five minutes to keep them entertained. Or, they want downloading films streaming onto their iPhones, making the need even for a gazillion screens seem redundant. The quality has made way for quantity, and as a result, a lack of quality in cinema presentations, as well as pricing and below-standard service, has become the disappointing normality. Therefore, I prefer to save my money, rent (or buy outright) the movie on BluRay, watch it in the comfort of my own home with my own home cinema, and leave the teeny-boppers to their obnoxious ways with those brave enough to dare to interrupt them interrupting a film with their inane chatter. If cinema chains are going to make people want to go back to the movie to actually enjoy them, rather than put up with inconsistent projections, overpriced candy bars and ticketing, as well as couldn’t-care-less staff, then they’re going the wrong way for it. In the last fifteen years, I’ve seen the gradual decimation of a quality filmgoing experience, an experience which has been replaced with a mediocre one. For that, I can only vote with my wallet and my feet – by not attending.

Hmm, I guess you can call going to the movies these days an “experience” after all. Whether that’s a good thing or not depends on your tolerance for dealing with the shit to experience it.