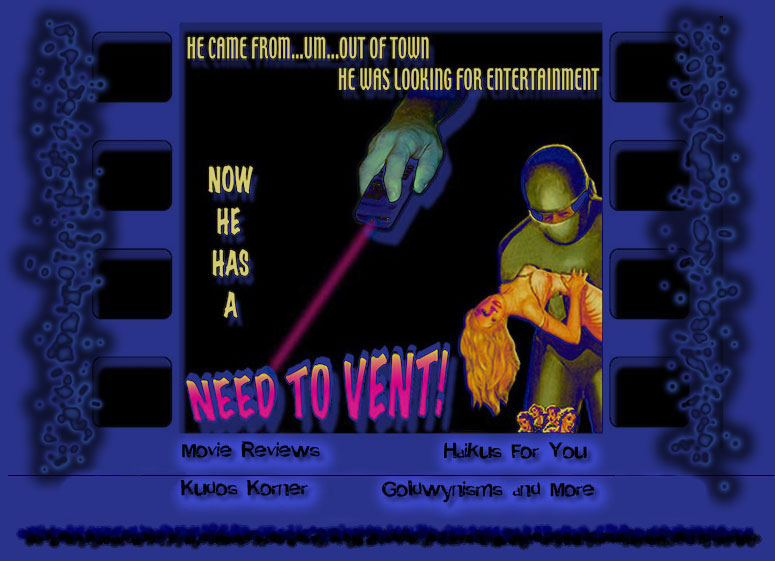 One of my friends here at fernbyfilms.com, a man by the name of Robert Nowotny, runs his own website Need To Vent, which publishes reviews and such much like we do here. Robert’s been a mate of mine since we came together over at Move Smackdown, a US based site which also publishes reviews of films. Robert and I have since communicated numerous times on various topics (usually film related), and he’s asked me to put out the word to all and sundry (well, everyone who reads this site, at least!) that he’s looking for funny, interesting, anecdotal material for a new book he’s publishing, entitled How I Got Screwed By Hollywood. I’ve added the text of his email to me below. Needless to say, to the many of you who have an interest in film, have made (or tried to make) a film, or have some sort of incident or story to tell about your bad luck Hollywood story, Robert’s the guy you want to speak with.

Robert’s told me the book will go to press mid-year, so if you wish to submit something to him, please do so with the utmost urgency, lest you miss this opportunity to dwell on failures and resentment borne of Tinsletown!

Roberts spiel is as follows:

HOW I GOT SCREWED BY

HOLLYWOOD
A Memo To All Writers, Directors, Producers, Actors, Crew and Investors:
Have you ever been screwed by Hollywood?  Do you feel a “Need To Vent?”  If so, here’s your chance.
Send us your horror stories about how the “Hollywood System” took advantage of you — the more shocking and egregious the better.  The 50 most disturbing tales of woe will be published in our new book — HOW I GOT SCREWED BY HOLLYWOOD.
Remember, Hollywood is not only a place, but a state of mind and a euphemism for any of the motion picture and/or television kingpins who hold the key to the success of every project, every career, every dream by anyone involved in the production of a movie or a TV show.  So whether you are a part of the established studio system or not, we want to hear from you — this includes those working in the independent arena, whether it be features, shorts, documentaries, television productions or experimental films.
Send your submissions to teocalli@gvtc.com — but please don’t delay as we hope to go to press no later than July 1st.
Thank you for your time and consideration.
Robert A. Nowotny
President, NeedToVent
PS   As Alfred Hitchcock once said, “Revenge is sweet and not fattening.”