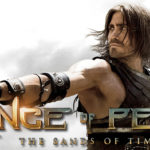 Director : Mike Newell
Year Of Release : 2010
Principal Cast : Jake Gyllenhaal, Ben Kingsley, Gemma Arterton, Alfred Molina, Ronald Pickup, Richard Coyle, Steve Toussaint, Toby Kebbell, Reece Ritchie.
Approx Running Time : 116 Minutes
Synopsis: Adopted son of Persian King Sharaman, Dastan, is exiled from the family after he is accused of murdering the king. He discovers the existence of a mysterious dagger capable of turning back, and altering, time. Along with the recently conquered Princess Tamina, Dastan must uncover the secret plot to change history and clear his name.
What we think : Dazzlingly mounted sword-and-sorcery epic, with as much money on the screen as you could ever hope for, Prince Of Persia is an action-packed spectacle. It’s not always a great film, or even a very good one, as the plot plods along through various conveniences that will have you rolling your eyes throughout, but the intent is simply to entertain on the most basic level, and for that, this film succeeds.

Video game films have a long, sad history in Hollywood. Aside from the Resident Evil franchise, which has baffled serious critics by remaining successful, the majority of films based on superficial things like adventure games seems to be pretty hit and miss with audiences. For every Pirates Of The Caribbean there’s a Doom or a Silent Hill, great games ruined by inert, logic-free theatrical films of increasingly higher budgets but proportionately lower quality. With comic-book films being churned out at a dozen a month, rom-coms sprouting like warts on the fascia of cineplexes across the globe, and blood splattered horror porn becoming increasingly cool among the trendy, slushy-slurping teen-crowd, you’d think the Video Game/Adventure Ride film concept would simply become lost in the mix. As it is, the generally ill-conceived fast food tie-ins with these cinematic monoliths often spoil one’s appreciation for the film anyway, since most of the time you’re watching it thinking about how McDonald’s is going to merchandise the shit out the thing until you’re totally sick of it. Taking a deep breath, I approached Prince Of Persia with the now required sense of wariness that now accompanies a new film promotionally tied to a “by the producers of” tag. Was I going to once more be let down by a gaggle of ideas thrust at me with no interconnected logic, slanted towards the gamer-crowd who no doubt “get” all the in-jokes and references to the material this film is based on? Or would I actually be entertained by a film that manages to unshackle itself from it’s progenitor and become an entity unto itself?

The awkwardly titled Prince Of Persia: The Sands Of Time (which could be acronymically known as POPSOT, a subtitle suitably hilarious in itself!) brings us into the world of Dastan (Jake Gyllenhaal, an adopted prince to the King, and brother to two blood-sons, who finds himself on the lam from his homeland after the King is murdered and he is pointed to as the culprit. He didn’t do it, of course, and must try to clear his name by finding out who did, but also why the city the Persian army recently attacked didn’t have the weaponry they were supposed to. The city’s ruler, Princess Tamina (Gemma Arterton) seems intent on retrieving and guarding a mysterious dagger, which has the ability to allow the user to see back through time, since the forces of evil seem to be hunting it down. Together, they must form a begrudging alliance to protect it and uncover who is behind the death of the King, the invasion of Tamina’s city, and now seems intent on getting the dagger.

Thankfully, Prince Of Persia isn’t a total loss. While the film has a tendency to make leaps in logic so large Evil Knievel might have had second thoughts, the sheer exuberance of the movie brushes little things like that aside like so much sand. Directed by Mike Newell, whose helming of Harry Potter installment Goblet of Fire left many fans impressed, Persia rockets along without pausing to reflect on the insanity of it all; it’s a modern Gladiator mixed with Pirates of The Caribbean, chock full of self-referential humor and a 2010 sensibility. Newell is canny enough to recognize where the game works, and seeks to inject as many fight/action sequences into it as possible. The modern sport of parkour, in which audiences have seen glimpses in films such as Casino Royale and the French film District 13, where people use buildings and man-made structures to leap on, roll through and jump around, is given full flight here, as Dastan seems intent on leaping his way through each scene like a epileptic acrobat. Jake Gyllenhaal, whose work in The Day After Tomorrow left many wondering what on earth he was doing in Hollywood, is all chiseled-jaw and ripped abs here, strutting and glowering through the film like Ben Affleck only wishes he could, and, it seems, well cast as the hero of the piece. I was initially doubtful when I first heard of this casting decision, but I will admit that my fears were unfounded.

Gemma Arterton, going to bat in her second fantasy film in as many years (after her glorified cameo in Clash Of The Titans) does well as the badly written Princess Tamina, whose character arc hinges on Dastan, rather than on anything she might do herself. Arterton is good enough to give Tamina some fire, and radiates a serenity missing from many screen heroines these days. Tamina isn’t entirely original as a character, but she does the job the film needs. Arterton has only the most marginal chemistry with leading man Gyllenhaal – their relationship is one of those “I hate her”, “I hate him” kind of things that, in this film, doesn’t work well enough to be either amusing or serious. Ben Kingsley brings his B-game to the role of Nazim, the King’s brother; Kingsley overacts much like he did in Scorcese’s Shutter Island, the kind of animalistic sneering we’ve come to expect from him these days. Admittedly, the Oscar winning actor is given short thrift with his role, which is effective only in the final moments of the film, instead relying on a series of well telegraphed plot “twists” to take place with the perfunctory delivery of having somebody smash a sledgehammer into your scrotum.

The only member of the entire cast is the wonderful Alfred Molina, playing the comedy relief of the “small businessman” Sheikh Amar,  seeking to avoid paying tax, running his ostrich racing empire, and trying to capture Dastan for the reward money. Molina chews through his lines, obliterates the acting performance of everyone he’s on screen with, and is the only way the screenwriters manage to give the film a few chuckles. Aside from him, though the rest of the supporting cast are a bunch of generic, sword-wielding cliches – the gnarly black dudes with more piercings than Jesus post-crucifixion, the mysterious assassin clan who booby trap their own bodies and appear from the mist like ghosts, the no-necked henchmen who swarm like drunken ants at the hero with no battle tactics whatsoever and thus get their asses whupped, even the casual glimpse of harlot whores simpering at our hero after he crashes into their boudoir. It’s fairly generic (did I expect anything else? No.) storytelling, but effectively entertaining nonetheless.

From a production standpoint, Persia rocks the kazbah. The design of this film screams of money thrown at the screen, a veritable orgy of sight and sound sensationalism that envelops you, surrounds you, and drags you into the ancient world of Persian battle whether you want to or not. Crisp, sharp cinematography, from DOP John Seale, utilizing the burnt orange and brown of the desert setting, coupled with superb special effects, make this film a visual treat – eye candy at its best. The action, a parkour-based style of fighting/movement is fast and frenetic, and while I guess you could argue that the camera often struggles to keep up with the action on the odd occasion, generally it’s like watching Bourne Supremacy wrestle with Arnold Vosloo’s portrayal of The Mummy. Newell has enough nous to focus the film on its strengths, for the most part, which keeps the story moving through action beat after action beat with barely a pause. He handles the large effect pieces well, with a canny understanding of how to utilize them to tell his story rather than slavishly display them as CGI-porn money-shots; look at us, aren’t we clever!

Musically, Harry Gregson-Williams’ score is delightful, fitting in well with both the theme, the heroism and the action – it’s a score that evokes the widescreen epics of ye olde Hollywooode, the sands of the desert rapturously echoed with Harry’s orchestral musings. It reminded me somewhat of a Jerry Goldsmith score, brash and enveloping – although, perhaps that’s more to do with the ferocious surround sound mix this movie has going for it. There’s one thing you couldn’t say about Prince Of Persia, that it’s a subtle exploration of old world mysticism. As with the video game (a game I haven’t played), the film doesn’t step to heavily on logic and believability, relying instead on the dazzling sound and picture you’re watching to entertain; it does this without any pretension whatsoever.

I really enjoyed Prince Of Persia for what it offered; momentary escapism from the world today. The film isn’t the most intellectually enabling fare, nor is it a complete waste of time; it’s perfect Sunday afternoon fodder for filling in a couple of hours of nonsensical adventure.

5 Thoughts to “Movie Review – Prince Of Persia: The Sands Of Time”

Movie Review – Prince Of Persia: The Sands Of Time 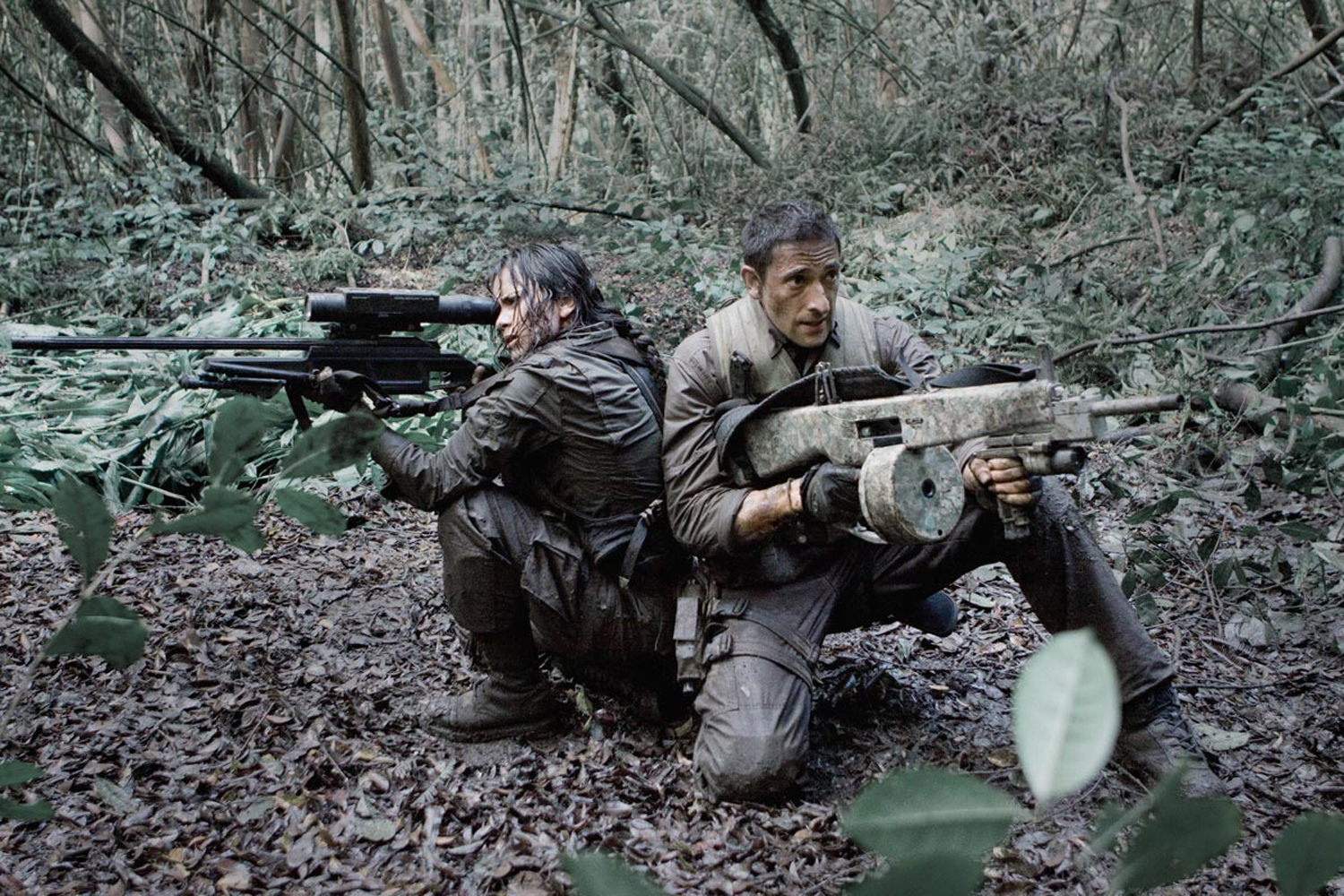