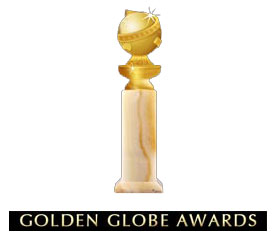 Folks, a marvellous day today as news filters through from America that 4 Australians have been nominated for Golden Globe Awards, the ceremony taking place in January 2011. A major coup for local actress Jackie Weaver, for her searing role of family matriarch Janine Cody in Animal Kingdom, a home-grown production capitalising on the current UnderBelly fad by focussing on the life of a major Melbourne crime family. Kinda like an Aussie version of The Sopranos, only without the accents. Weaver won the Australian equivalent of the Oscars, the AFI Awards, for Best Actress for her performance here, and has firmed as a favourite in the Oscar race as a result. While an unknown outside of Australia, the whole country is now behind her push to win an Academy Award for her work in what is a truly great local film.

Second, Oscar winner Geoffrey Rush is nominated for a Best Supporting Actor Globe with his portrayal of Aussie speech therapist Lionel Logue in the period drama, The King’s Speech. Rush appears opposite Mr Darcy Colin Firth in the film,  with Firth himself nominated in the Best Actor category.

Nicole Kidman has been given a nod for her portrayal of a grieving mother in a film I have no interest in watching, Rabbit Hole (no interest because I hate watching films that will no doubt make me cry, and Rabbit Hole is specifically designed to make me cry!), but reading some of the reports out of the US, she’s facing an uphill battle against fellow nominee Natalie Portman, who has delivered her best performance since The Professional in The Black Swan, directed by Pi helmer Darren Aronofsky. Kidman currently sits as an outside chance.

Finally, perennial nominee Toni Collette is once more up for her kooky role of Tara in The United States Of Tara. In my opinion, her only major opposition is Tina Fey from 30 Rock, and Edie Falco in Nurse Jackie.

We congratulate all the nominees, and cross our fingers for the Aussies in the race. Good luck to you all!

You can read all of the Golden Globe Nominees at the official site here.