Before I get stuck in, I thought I’d preface this review with a statement of accountability. Let me tell you right now, I have never been into Marvel Comics. I was a DC Comics boy myself, from about puberty until my late twenties. Superman, Batman, Green Lantern: I knew them all. I knew about Spider-man and The Hulk, Iron Man and Thor, but they existed in a comic world that was alien to me. I couldn’t afford to purchase all the comics I wanted, so I was forced to limit myself to just one branch of the tree. And that happened to be DC.

Which means, Valiant Reader, that I don’t really have much experience with Iron Man. Or many of the Marvel fold, mind you. I remember reading a beaten up old copy of an Iron Man comic waaaay back in my formative years as a child, but that memory’s so hazy it could have been anything, really.

So, that said, it means this review is going to have no preconceptions of what Iron Man should or shouldn’t be, and is simply a review of a move that I have no emotional attachment to whatsoever. 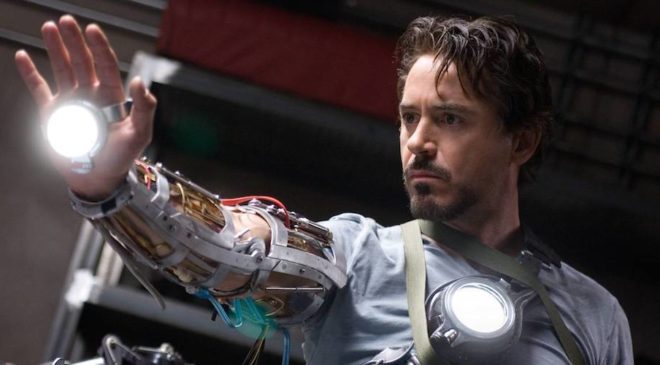 Iron Man is a blast. An absolute blast. This film has so much going for it, it’s hard to know where to start.

Tony Stark (Robert Downey, Jr.), billionaire industrialist weapons designer and manufacturer is showing off his latest bomb to the US military, when he’s captured by Afghanistan militants and taken to a cave. There, he’s ordered to make the same bomb he’s just shown, out of parts from his other products. It feels a little like an analogy towards the Al Qaeda issue in that country right now, but there you have it. Stark, mental magician that he is, instead, builds himself a giant suit of armour and blasts his way free. Returning to America, Stark has a new mindset after months in the cave. He has recanted his philosophies from producer of weapons and developments to destroy, and channelled it into a way of helping the helpless and removing his weapons from the world. He builds another, more effective suit, and proceeds to do what he wants with it. 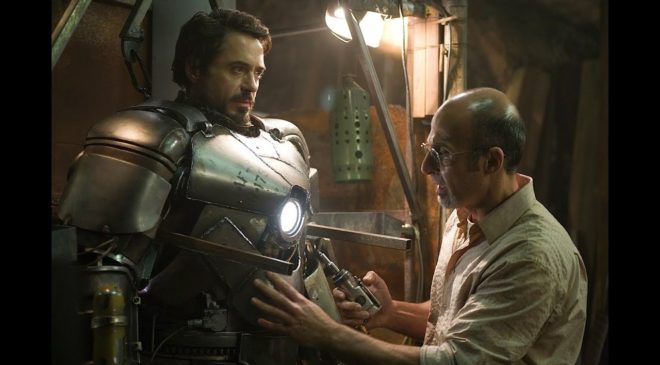 Unfortunately for Tony, not all goes his way. His company’s CEO, and friend, Obadiah Stane (Jeff Bridges) wants control of Stark Industries for himself, and uses Tony’s change in moral direction as a way of leveraging him out of the company. This power play between the two gives much of Iron Man its spark and zest.

Iron Man gets its charm from leading man Robert Downey, Jr., who imbues Stark with the fanciful playboy image, and yet retaining a little humanity along the way. He’s not your typical square-jawed hero, yet he plays it as such and consequently, comes across well. Downey, Jr’s style of acting perfectly suits the role, as far as I can tell, because his flippant and disparaging regard for his fellow man is something he does well: yet when required can instil sympathy from the viewer.

Plus, he looks cool in that red and yellow suit. 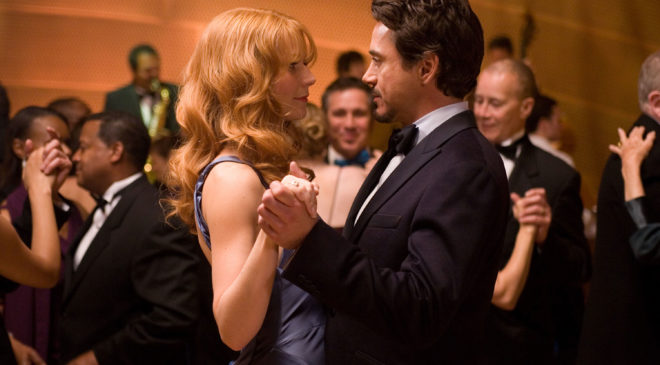 Along for the ride are Gwyneth Paltrow, playing the indecently named Pepper Potts (where oh where did Stan Lee come up with that one?) is solid, giving Stark a humanity that he’s most sorely missing: Paltrow plays it straight and comes off very well. I wouldn’t have picked her for a role in this film, but she is quite good.

Jeff Bridges is also excellent, playing Stane as straight as he can. Bridges’ with a shaved head and moustache looks quite cool, truth be told, and I hope does more roles using this look. Where Iron Man really excels, however, aside from the wonderful characterisations and acting from all cast, is the effects and action sequences. And what wonderful effects they are. From Iron Man’s suit, to the battle royale between Stark and the larger, more powerful Suit at the film’s finale, the flying sequences and everything in between, this film dazzles. Like so many big budget effect movies beforehand, you leave the film thinking about what, when and where were the effects. The level of realism today is such that the line is not so much blurry, but entirely non-existent. 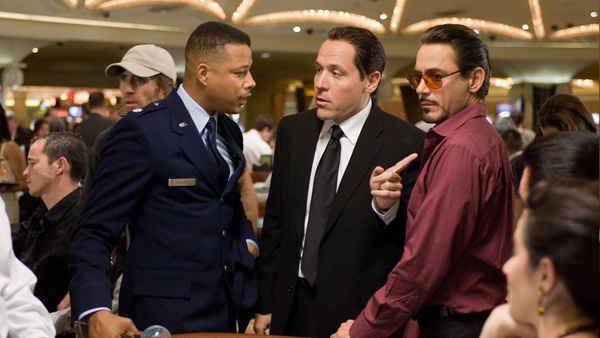 In particular, when Stark is attacked by US fighter pilots in the skies above Afghanistan, and becomes involved in a dogfight of sorts, the thrill of the event is so much more powerful in that there are… well, no lines. No wires. No “I can see how they did that” effects footage, similar to what we saw in, say, Star Wars Episode 1. It’s seamless, and almost effortless.

How does Iron Man stack up to other recent comic-book hero adventures? Say, Spider-Man or The Dark Knight. Well, I doubt there’s a film this year that can compare to TDK for sheer emotional power, but then, not all films need to be so dark and gritty. Iron Man is a complex blending of the finest actors, wonderful effects and steady, utterly un=flashy, direction: it remains another example of how to make a decent comic book film. No doubt the filmmakers could have gone any-which way with this, but thankfully they, like most other directors with an appreciation for comic heroes, have stayed true to the original character, and given the film the respect it deserves if it’s to appeal to the fans. After all, the fans are the ones who’ll give it the thumbs up. 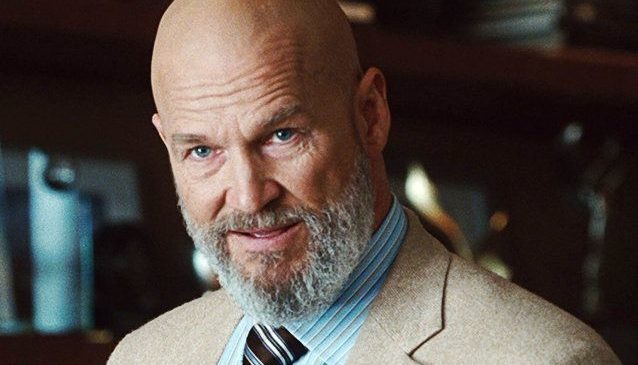 As a non fan, I certainly do. It’s a bold, inventive and superb film realisation of the comic book, and I cannot wait for the inevitable sequel. Stick around for a very brief hook after the credits for the setup for the forthcoming Avengers movie.

You’d go a long way to see a film more dedicated to entertaining. It doesn’t pretend to be intellectual or anything more than what you see on the screen, in fact, it simply a superhero move that sets out for a fun time, and truly delivers.