Skip to content
One of the truly great films, Gregory Peck stands tall in this magnificent dramatization of the acclaimed novel. Frankly, it's almost impossible to list any problems with this film, it's so well put together. Film-makers looking for a template on how to turn a book into a film and do it well, would be well served revisiting this movie.

Still widely regarded as one of the great films of all time, nowadays regarded by school students as a waste of time, Lee Harper’s wonderful novel was turned into a feature film in 1962, and won star Gregory Peck the Oscar for best Actor. As part of school syllabus across the nation, To Kill A Mockingbird is a wonderfully realised tale of racism, bigotry and hatred that paints a dire picture of redneck America, as lawyer Atticus Finch takes on a case that is doomed to failure; a black man is accused of raping a young white woman. In the days before DNA testing, security cameras and lie detectors, cases such as this were all about character: if you were a black man in the deep south of America during the 1930’s, and you were accused of a crime, you were generally considered to be guilty, regardless of proof to the contrary. This deep seated level of racism and bigotry still pervades some parts of the land of the free, however Harper Lee’s novel went a long way to bringing these issues to the forefront of American society, whether they liked it or not. 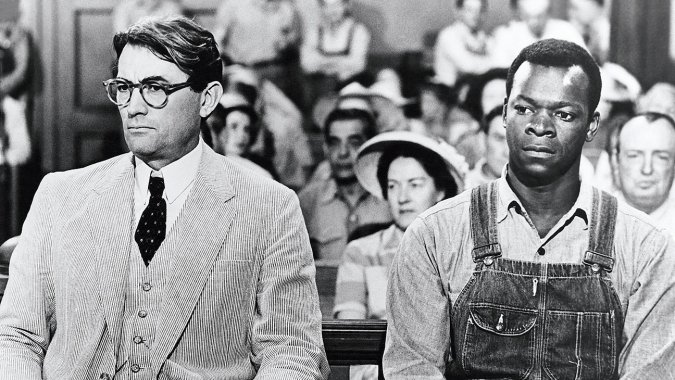 Atticus is regarded as Peck’s greatest role, and is perhaps one of the greatest examples of an actor perfectly suiting the role, in the fact that nobody, including Lee herself, though anybody else could do the part justice.

Filmed in beautiful black and white, with wonderful use of shadows in key moments of the film, To Kill A Mockingbird remains a timeless tale, a kind of early Stand By Me, if you want, told from the point of view of Atticus’s young children, Scout and Jem. Both kids are dealing with typical kid issues, from bullying at school to a lack of things to do around the house. They befriend a new neighbour, Dill, and together they embark on a series of adventures that see’s them tormenting the town monster (a supposedly deformed, intellectually disadvantaged young boy named Boo Radley) who is supposedly locked up in the basement of the rather creepy Radley house, a few blocks down the street. With their father under pressure by the local constabulary to take the case of Tom Robinson, who is accused of a heinous crime against a young white woman, the kids offer their point of view of the world as one in which there is no such thing as a shade of grey. It’s either true, or not. It’s either right, or wrong. There’s no room in their young minds for maybe’s, sort-ofs and could-be.

The film is superbly realized due in part to the fact that the screenwriter (Horton Foote) and director (Robert Mulligan) have managed to evoke the same feeling as the original novel. In much the same way that Peter Jackson and his cohorts kept the feeling from the Lord Of The Rings novel and simply transposed that emotion into the film version, so to Mulligan has managed to keep the tone and feeling of Lee’s novel and put that into the film. A structural fine-tuning of the script from the novel was warranted, of course, but the feelings of hope, remorse and childish misunderstanding remain intact, and as a result make for a lovely film. 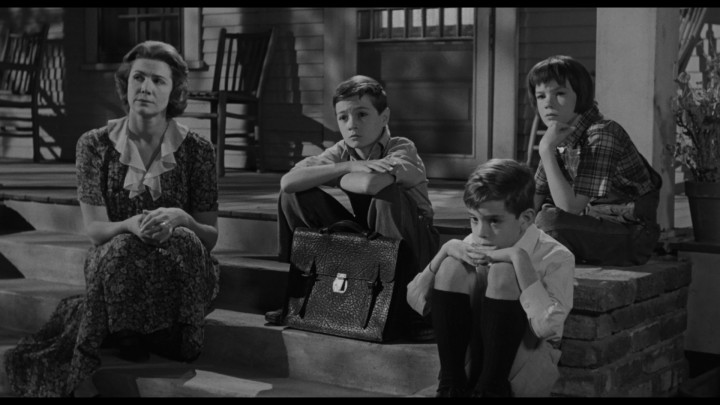 The cast are uniformly excellent, including the child actors. Mary Badham steals the show as a churlish, impish Scout, Finch’s young daughter. Her smile and cheeky demeanour perfectly capture the innocence of youth so desperately needed to carry this story. The script deals with such dark material at times, the need for somebody to counterpoint this is prevalent, and perfectly realised. Scout’s older brother, Jem, is played with pre-pubescent perfection by Phillip Alford, in a older-brother-is-wiser style that is wonderfully done. The confusion Jem suffers as he tries to behave like an adult, yet still returns to his childish ways, and his constant one-upping of his younger sister, are as close to real life as possible, and both his and hi sisters vantage points create the perfect dynamic in which to tell this narrative.

Gregory Peck delivers as close to pinpoint accurate a performance as you could ever want to see. His principled, morally centred Atticus Finch is steadfastly a family man, yet prepared to take a stand against the iniquities of life when he sees them. One scene, where Atticus is forced to put down a rabid dog in front of his children, perfectly encapsulates this complex, proud character. Taking a life, or condoning violence, is anathema to Finch, and he would prefer not to be responsible enough to have to do the task at hand; yet, he is wise enough to realise that things must be done to serve the common good, no matter his principles.Special mention must also go to Robert Duvall’s debut screen appearance as Boo Radley, late in the film. While not having a real impact, Duvall’s screen debut resonates regardless.

The key sequence, the trial of Tom Robinson for a crime he has obviously not committed, is heartbreaking, with all the key players delivering bile-filled, poisonously racist statements to the contravention of logic and reason: Tom Robinson is going to pay for his perceived crime of rape. Yet, with all the evidence stacked against the persecutors, and the magnificent argument against irrational bigotry by Finch closing the case, Robinson is always doomed. And such is the harsh reality facing people of the day; and something that both confuses and enrages Finch’s children. They can see Robinson’s innocence, and yet are unable to comprehend the forces raging against truth and justice. They do not see Robinson as a black man, they see him simply as a man. The colour of his skin is irrelevant. It is their childhood innocence that is the crux of the film; the ability of adults to overcome their moral centres and persecute the innocent simply for their own sense of betterment, or even for some inadequacy of power against their plight, is something children do not possess, and it’s using the children’s perceptions of the case that makes the themes resound all that much more heavily. 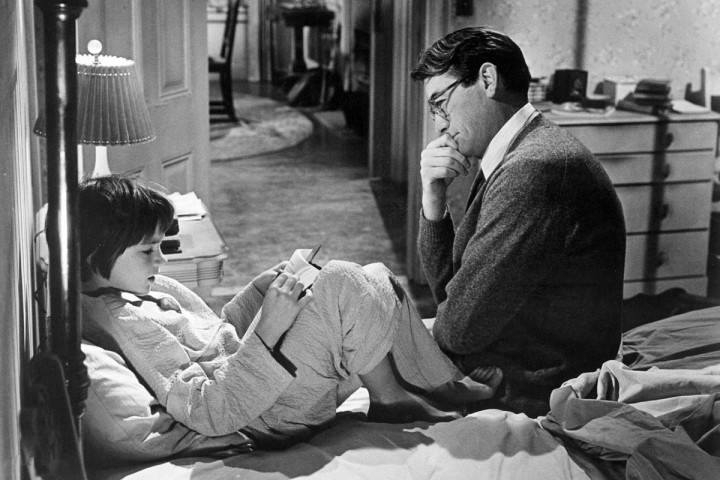 To Kill A Mockingbird is one of the great dramatic films of all time, and while it is studied by many, and reviled by school students across the country who approach it, the film version remains as close to perfectly realising Lee’s novel as any form of entertainment can do. So how does it stack up by today’s modern eyes?

Well, the film moves at a languid pace, ensuring descriptions of “boring” by the younger generation. The camera angles and editing of scenes is revelatory, a kind of “this is how a great film is made” school for viewers: in particular, a scene where Jem, Scout and Dill attempt to prank the doorbell of the Radley house. This scene, of all in the film, is the greatest example of how to generate tension on screen in such a palpable way, it still makes your skin crawl. The film is technically brilliant, from the lighting to the use of sound to evoke emotions. It is also an example of one of cinemas great courtroom showdowns.

While most who grew up with colour films and the use of computer effects to tell stories will decry this film as boring and slow, and lacking in the refinements currently on offer in Hollywood, To Kill A Mockingbird should be mandatory viewing for anybody with a conscience, as well as those who seek to become filmmakers as a masterclass in simple, direct, storytelling. After all, it’s the story that’s key here, not a fancy computer generated monster. To Kill A Mockingbird remains one of cinema’s true masterpieces, the themes within the narrative embodying all our struggles against oppression, bigotry and persecution by those who seek to control us. Does it deserve the title of “classic”? Yes, and if you have not yet seen this magnificent film, then I strongly urge you to do so as soon as you are able.

9 thoughts on “Movie Review – To Kill A Mockingbird”