Such was the hoopla surrounding this film, I wondered it it could possibly live up to the level of expectation I had built up for it. There Will Be Blood won critical acclaim from almost the entire world, and star Daniel Day-Lewis was a front runner for Best Actor. After all, this is the man who had seared his name into the screen in films such as In The Name Of The Father, The Crucible and the more recent Scorsese flick, Gangs Of New York. Here, as Daniel Plainview, an oil-well developer in turn-of-the-century America, Day-Lewis delivers yet another frightening and powerful screen character; ruthless, cunning, and yet flawed and almost redeemable. Plainview begins his career mining silver in the desert, where he strikes it rich. Using this wealth to develop his interests, he begins drilling for oil, a relatively new commodity used by industry and required for the new automobiles running about the country. When one of his workers is killed in the mine, Plainview “adopts” the mans’ young baby as his own son, who he calls HW. Together, they travel the country buying land to drill for oil: ruthlessly subjugating any holdouts and ensuring his success at any cost.

This leads him to the town of Little Boston, and a large oil deposit under the ground is slowly seeping up to the surface. Sensing a huge deposit of the valuable substance, Plainview proceeds to buy up all the land in order to acquire the rights to the oil. A conflict also begins with the local pastor of the town, Eli Sunday (Paul Dano). Sunday see’s Plainview as a threat to his town, the riches the oil brings do not seem to be flowing into the town as readily as had been promised originally. Sunday’s dedication to bringing the faithless Plainview into the flock allows for one amazing scene in which Plainview is baptised (against his will) into God’s family in order for the proposed pipeline transporting oil across the country to go ahead. 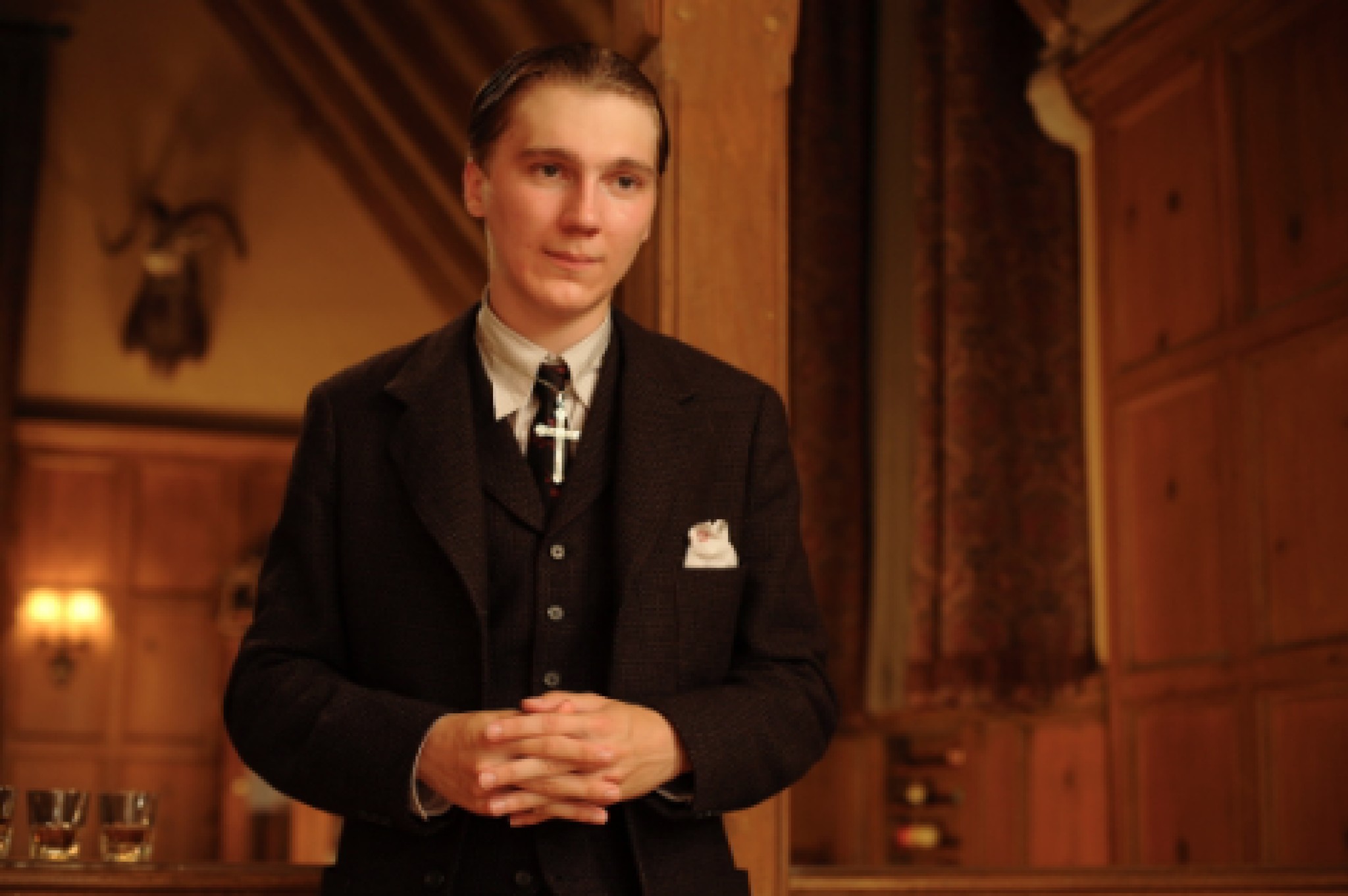 There Will Be Blood is a dense beast to try and enjoy. The pacing is slow, which will probably make some people switch off half way through. The dramatic narrative, which to me, seems to be Plainview’s hatred of people and his desire, nay obsession, to obtain wealth and power, is sketchy at best, and most people will find Day-Lewis’ performance hard to fathom and enjoy. This isn’t a film you can enjoy, in the true sense of the word. It’s a film that evokes fear and hate, particularly towards the central character. Dano’s character, Eli Sunday, is strangely anaemic in a sense, his whiny, pasty characterization somewhat at odds with the bombast of Plainview’s rage and hatred. You’d be hard pressed to figure out how Sunday thinks he can outwit the oil tycoon, but try he does, in a game of cat and mouse over the years. The tragic finale, in which Plainview and Sunday square off against each other, is profound for it’s religious hypocrisy on display by our characters. 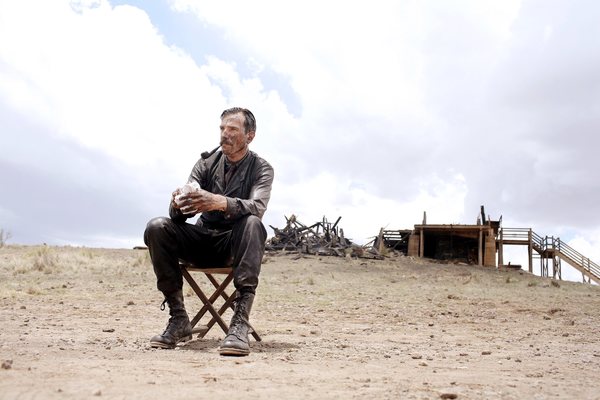 The film was nominated for a number of Academy Awards, most notably the Best Picture and Best Actor gongs, and although Day-Lewis strolled off with the acting award, the film lost out to No Country For Old Men (another equally oblique film). There Will Be Blood well deserved the cinematography Oscar for its stunning visuals, and I was disappointed to find that the film did not win for Best Sound Editing: the sound-scape on this film is truly awesome. There are numerous themes and characters that come into the story with little or no payoff in the end. Specifically, the character of Daniel’s half brother Henry Plainview (played by Kevin J O’Connor) appears and then is written out suddenly and with little emotional gravitas, something I found annoying. His character, unlike others O’Connor has played, seemed to have some potential as a foil for his relative’s volatility. Yet, director Paul Thomas Anderson seemed to want to avoid developing an alternate character for the film. 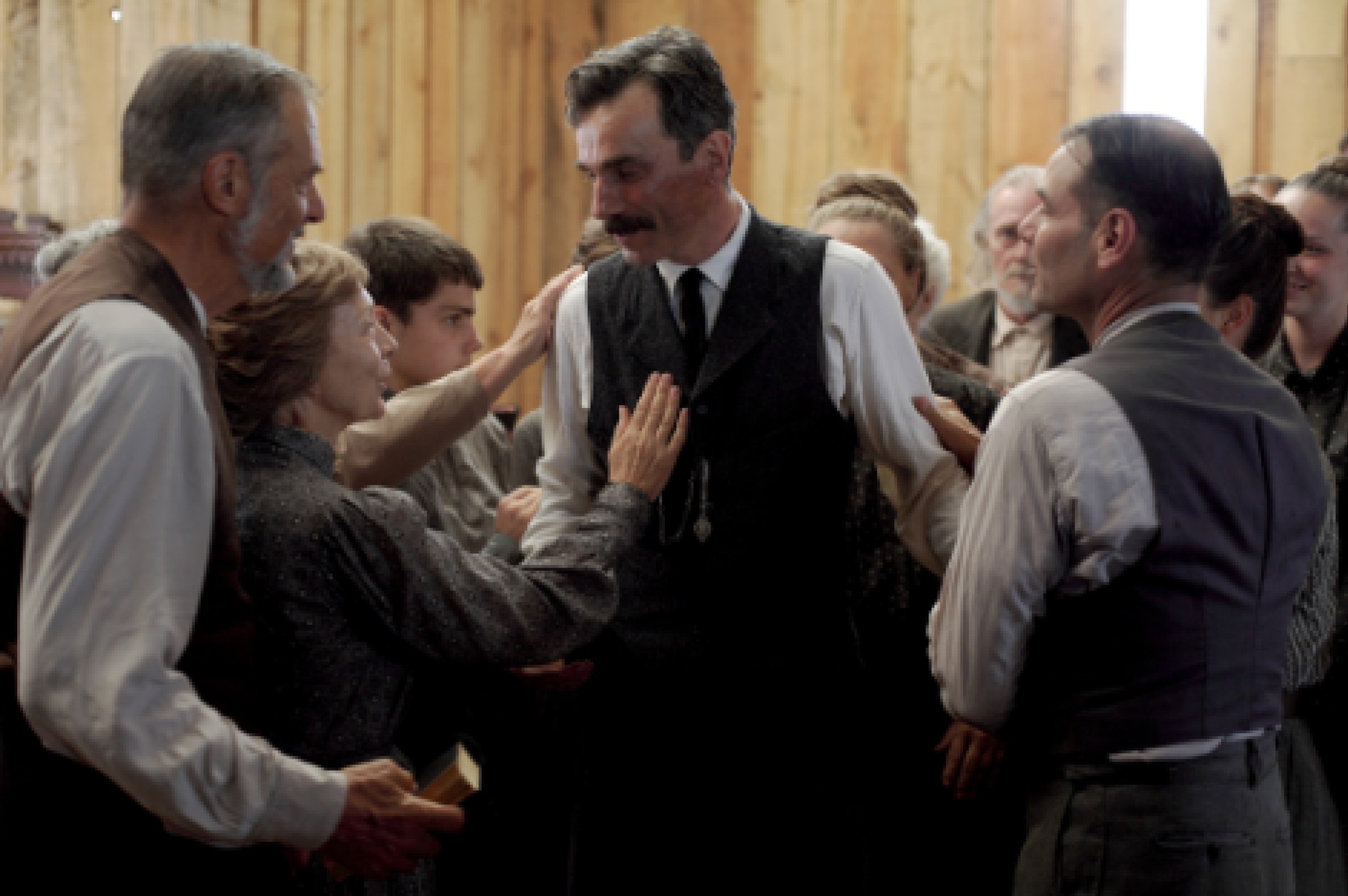 Day-Lewis is such a commanding figure on screen, you cannot help but watch him, and almost every other actor in his path gets swallowed up in what ends up being an acting lesson for us all. O’Connor is swallowed, Dano is out of his depth, and although I an loathe to say this, perhaps the only person in the film capable of standing up against Day-Lewis in the acting stakes is Dillon Freasier, who plays the adopted son HW Plainview. While Freasier gets to act deaf due to an explosion at one of the drill heads, he relies on his expression and ability to draw our sympathy from his plight rather than any real vocalization. This negates his performance somewhat, as he’s not fully able to deliver a performance that’s able to draw us in the way it should. This isn’t his problem, necessarily, and could be a lack of script development on his character that causes this failure. Anderson’s direction, like many of his films, is technically brilliant, wonderfully Shyamalan-like shots that go on and on, focusing on different things within the frame to create an enclosing, claustrophobic sense of oppression throughout. The film is not without it’s fault, and in my humble opinion, the characterization of everyone apart from Day-Lewis’s Plainview is lacking somewhat.

To be honest, the mish-mash of ideas and dramatic turgidity will elicit a sense of boredom and “who cares?” from the majority of audiences, this kind of highbrow film-making limits it’s overall appeal. Yet, the film retains a sense of power to a degree, if only for Day-Lewis’s searing, brutal performance. It’s just a pity we couldn’t empathise with him. Not having anybody in the cast to go with Day-Lewis as an actor is perhaps the biggest pitfall of the whole affair: after all, if Day-Lewis is acting his pants off, there’s nobody able to balance that out. Paul Dano, roundly praised for his performance, is not up to the challenge. 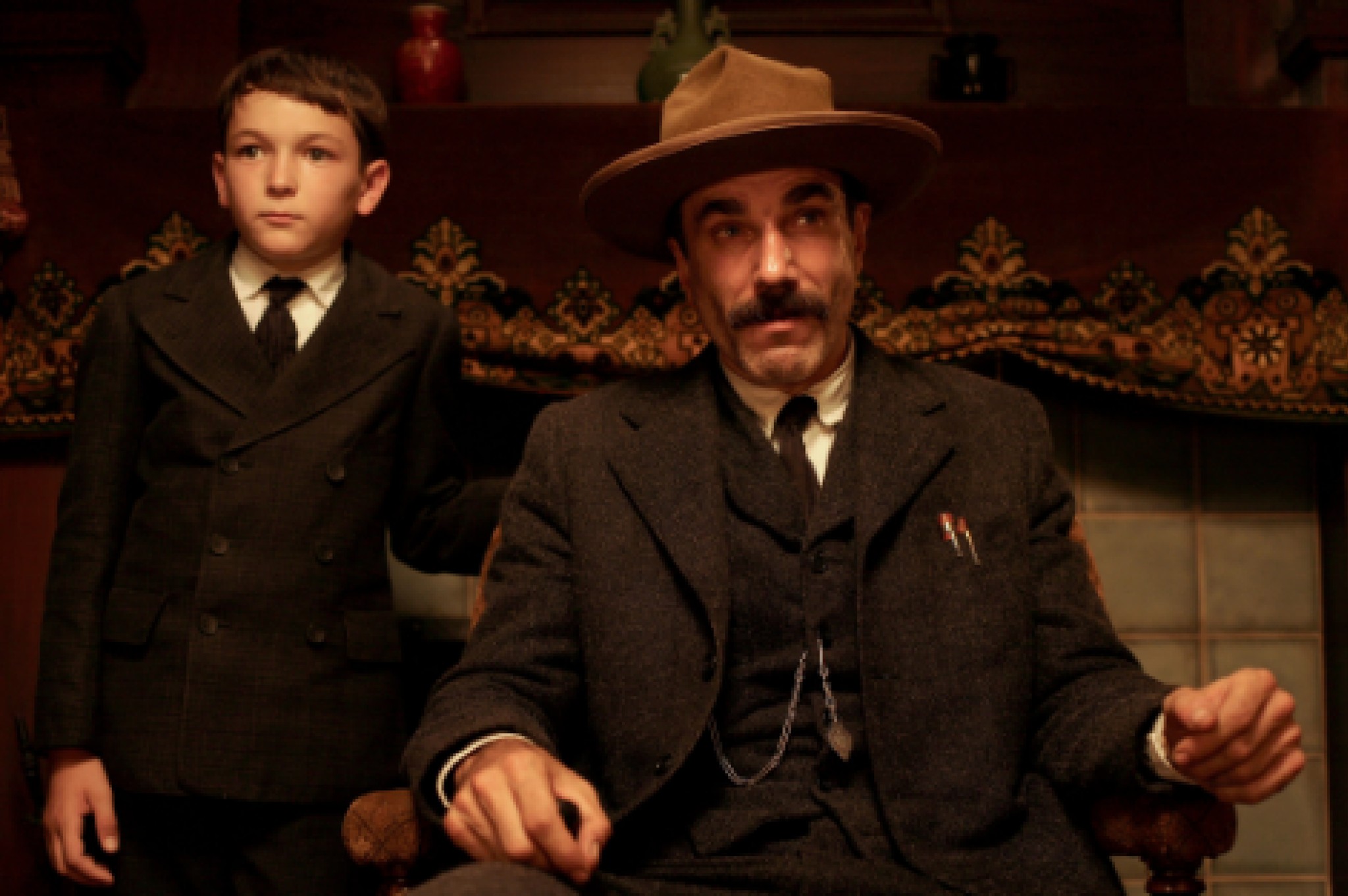 There Will Be Blood is a fascinating look at the early oil-drilling days in America, and a powerful character study of one dreadfully ambitious and belligerent man, yet remains aloof from it’s audience by reducing most of the supporting cast to walk-ons, walk-offs and simplistic foils for the main star. Overall, though, it’s a disappointing affair that is hampered by languid pacing and a reliance on a script that barely scratches the surface of the characters, meaning that for the near-on 2.5 hours of running time, you’re waiting for something to happen! There Will Be Blood is for fans of Anderson and Day-Lewis only, and will most likely bore Australian audiences to death.

9 thoughts on “Movie Review – There Will Be Blood”