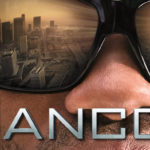 Director :  Peter Berg
Year Of Release :  2008
Principal Cast :  Will Smith, Charlize Theron, Jason Bateman, Eddie Marsan.
Approx Running Time :   92 Minutes
Synopsis:  Hancock is a superpowered being living in Los Angeles, drunk and alone. A PR consultant attempt to give Hancock a make-over, inadvertently sets the superman up with his own wife, who appears to know more about Hancock than she’s letting on.
What we think :  Berg’s natural style is in full swing here, as Will Smith’s drunken, belligerent Hancock causes nearly as much property destruction as Superman in Man of Steel. The story skirts “huh?” a bit, especially towards its last act twists, and the characters feel a tad neutered thanks to a PG rating. Generally, Hancock is fun and entertaining, but it’s not quite the superhero film it should have been.

Bashed by the critics upon debut, Hancock takes the traditional superhero movie and turns it on it’s head. Instead of bright colours and capes, plenty of evil villains and ray-gun warfare, Hancock takes the view of what it would be like should a superhero be a raging alcoholic, belligerent, wanton destroyer of property. Will Smith, playing against type as a hero who doesn’t really want to be, is excellent in the role of John Hancock, a man with no distant past and, if he play’s his cards right, no future.

After a particularly bad swathe of destruction is ploughed through LA, via Hancock’s apprehension of a car load of bad guys, the authorities and general public have had enough, and want Hancock to cease his activities, and face up to the damage he’s caused.

Hancock, of course, want nothing to do with it, but when he runs across a young Public Relations agent (Jason Bateman) who tries to convince the wayward superhuman that he can actually do some good, if only he would be prepared to concede to some limits on his lifestyle, he tries to make a difference.

For those who haven’t seen the film, there are numerous twists in the plot that I will not give away here. Of course, not spoiling the film by giving away the twists is particularly difficult, so perhaps it’s best left to you to actually watch the film “spoiler free”.

Hancock is an action film first, and a character driven film second, even though the script and style of film would indicate otherwise. Director Peter Berg (The Kingdom, The Rundown, Friday Night Lights) has taken a more adult slant on the superhero film and twanged it up with the most current visual effects. Smith is a swearing, uncouth, slimy “hero”, who simply isn’t what you’d expect. While perhaps not quite as toothy a script as I would have liked for this, Hancock shows signs of restraint by either the director or the studio (not sure which) that ultimately hamstrings the real meat of the story.

Hancock is a film filled with potential. Did it live up to that potential? Well, yes and no. The action is well filmed by Berg: his handling of action is always superb. The drama, however, seems a world away from the lighthearted tone established at the start, however. The extreme close-ups Berg utilizes (and copies from previous film The Kingdom) is starkly out of place here, almost annoyingly so; almost as if Berg is trying to break the Superhero Film mold with his unique visual ethic. It doesn’t work. What does work, and work well, is the chemistry between Smith and Bateman, and Smith and co-star Charlize Theron (playing Bateman’s wife), which elevates what could have been a mediocre film at best, to a good film at worst. Theron and Smith have a blast playing against each other, and I’d be more than happy to see these two team up again in the future.

Silly, enjoyable, with a strange, quirky humor that often borders on mean, Hancock is a unique film in that it tries desperately to present a different slant on the superhero movie, whilst at the same time cater for the genre’s own conventions: something it ultimately fails to do. But Berg is able to bring out of the script a sense of wonderment and achievement, even if it all feels a little muddy along the way. Hancock will leave a pleasant feeling in your brain immediately afterwards, but longer consideration of the film as a whole will no doubt bring a small amount of disappointment at a level un-achieved. 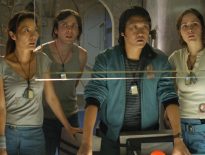