Director :  Nimrod Antal
Year Of Release :  2007
Principal Cast :  Kate Beckinsale, Luke Wilson, Frank Whaley, Ethan Embry, Scott G Anderson.
Approx Running Time :  85 Minutes
Synopsis:  A couple arrive at an out-of-the-way motel, to stay the night, only to find the owners are sadistic killers intent on filming their deaths.
What we think :  Basic, middle-of-the-road thriller has a small cast, yet delivers a few solid gut-punch twists throughout its brief narrative. Beckinsale and Wilson are good, Whaley is solid as the creepy Bad Guy, and Nimrod Antal ensures that in the moment, the film delivers standard, generic entertainment.

Vacancy is a good idea, carried out with stylish aplomb by director Nimrod Antal but somewhat lacking that killer blow. Starring Luke Wilson and kate Beckinsale as two wayward travellers, the film is almost Hitchcockian in it’s simplicity, but comes undone by the lack of convincing villain and resolution. 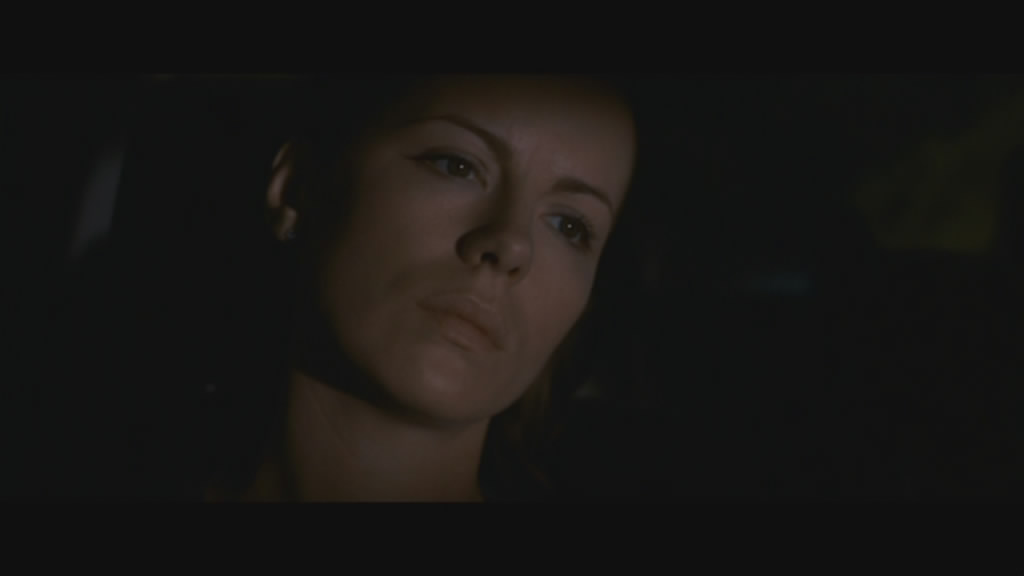 Plot contrivances aside, leaps in logic (both with the script and with the characters) prevent this film from reaching the giddy heights of genre perfection; however, Vacancy still manages to grip you with a kind of cerebral fear, almost like a phobia of sorts. The plot is fairly simple: a young couple going through a breakup become stranded in an out-of-the-way motel in the middle of Backwater USA. Trouble is, the motel is not quite what it seems. The flea-ridden room our couple stay in (the honeymoon suite, apparently) leaves a lot to be desired, and even the questionable video material on offer shows no sign of charm. Nope, its actually people being tortured, beaten and murdered. 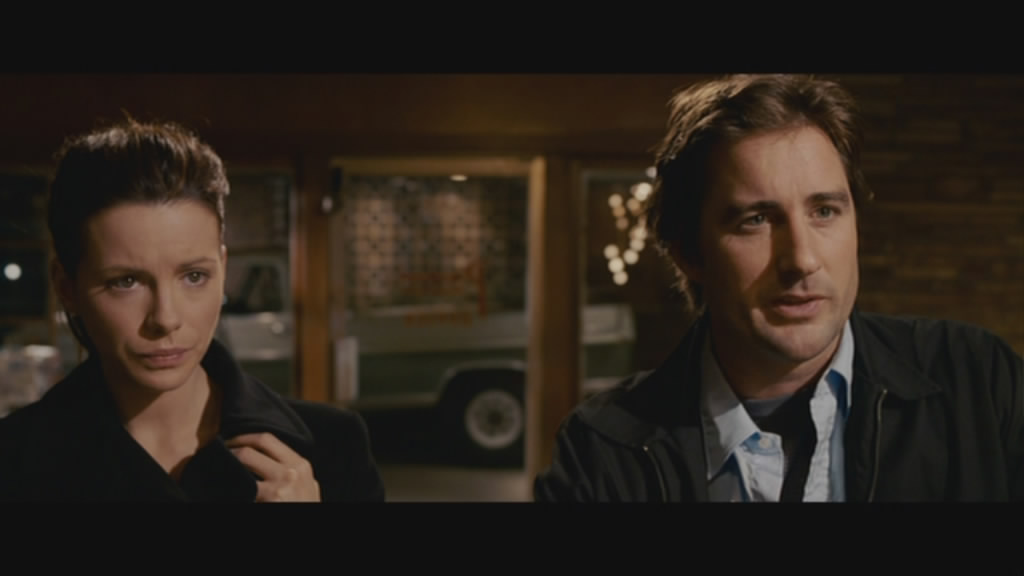 Wilson, as the husband David, takes on the heroic manly character quite well, a man emotionally castrated by his wife, who takes control of the situation when the bad guys decide to add them to their collection of video projects. Beckinsale, as Amy, is wonderfully feminine in her blaming snipes at David; alternately annoying and empathetic. There are hidden cameras everywhere, and seemingly no way to escape the room of death. 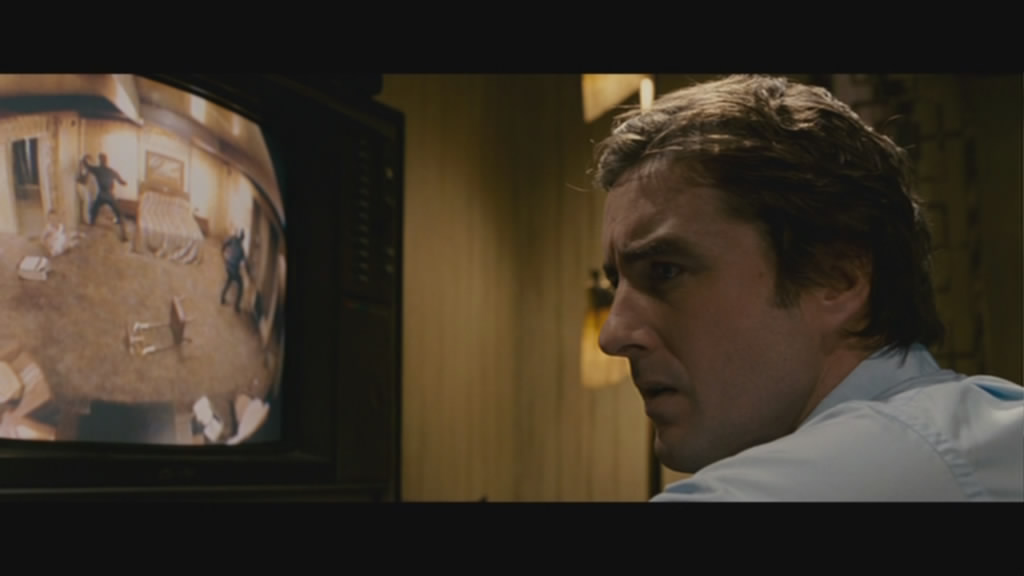 While the scenario is indeed eerie, and plenty could have been done to heighten the fear and terror on screen, the film lacks the killer punch by relying on a somewhat anaemic villain played by Frank Whaley. Whaley is a little light in the scare-charts, lacking the truly brutal screen presence his role might have demanded. He plays the creepy motel manager well, but as the chief bad-guy, he’s sadly lacking. 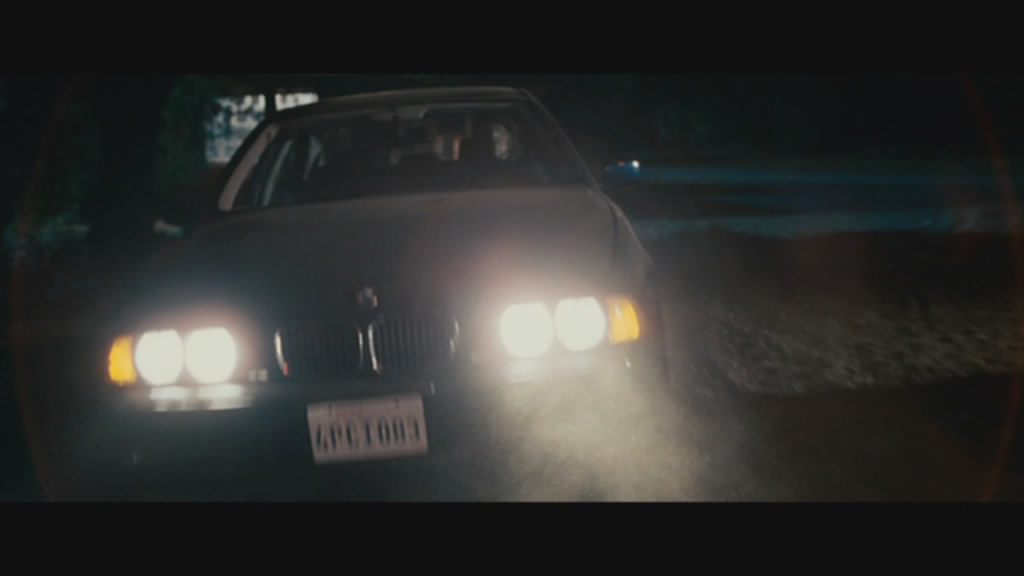 The film ends rather abruptly, with little payoff, and a staggering leap in medical logic that simply defies the laws of nature: the last fifteen minutes undoes all the great work in the first hour that sets up what could have been a terrific scenario; what a letdown. The bad guys are despatched to the herafter with no real pizazz, no buildup: just a large whack and then onto the next scene. I was disappointed, although I could see what the filmmakers were trying to accomplish: they failed. 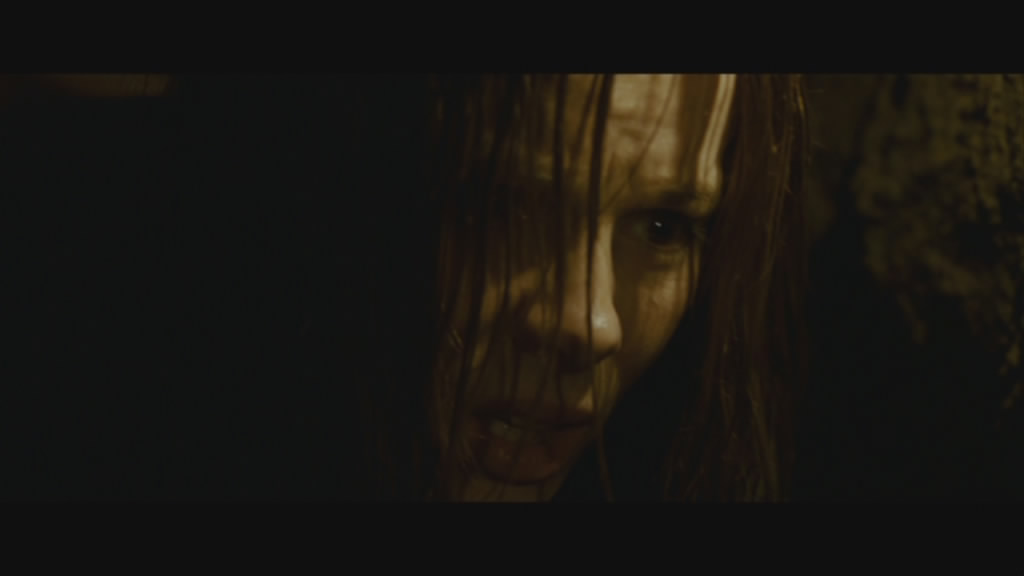 The limited cast keep the scares up with claustraphobic intensity quite well, and none of them can be faulted for the problems with the film: instead, you’d lay this squarely at the screenwriters and perhaps at the studio.. after all, the film feels like it was put through the standard studio hackers after being delivered by Antal… perhaps the original ending wasn’t as they thought it should be. As it plays out, it’s more of an anticlimactic ending anyway. Vacancy is a good idea lost in a mishmash of realism and logical sidesteps, it doesn’t outstay it’s welcome, but is certainly not able to live up to the lofty standards the premise would have indicated.