In the annals of Australian cinema, there has never really been a truly frightening monster movie. Unless you count Molly Ringwald in Cut, there only ever been a small number of truly frightening Aussie films. Wolf Creek scared audiences silly, and the critics as well. As a horror slasher movie, it was something our industry had never been successful at pulling off, no matter how often we tried.

With Rogue, Wolf Creek director Greg McLean takes us into the deepest parts of outback Australia, to come face to face with the meanest crocodile you’ll ever see. As a postcard of Arnhem Land, and the Outback in general, Rogue offers some spectacular scenery. As a scary creature feature, it also delivers some genuine thrills and scares. Yes, it’s a “large creature eating people and nobody can stop it” kind of film, such as we saw in Jaws and The Ghost And the Darkness, yet Rogue remains fresh and genuinely scary. 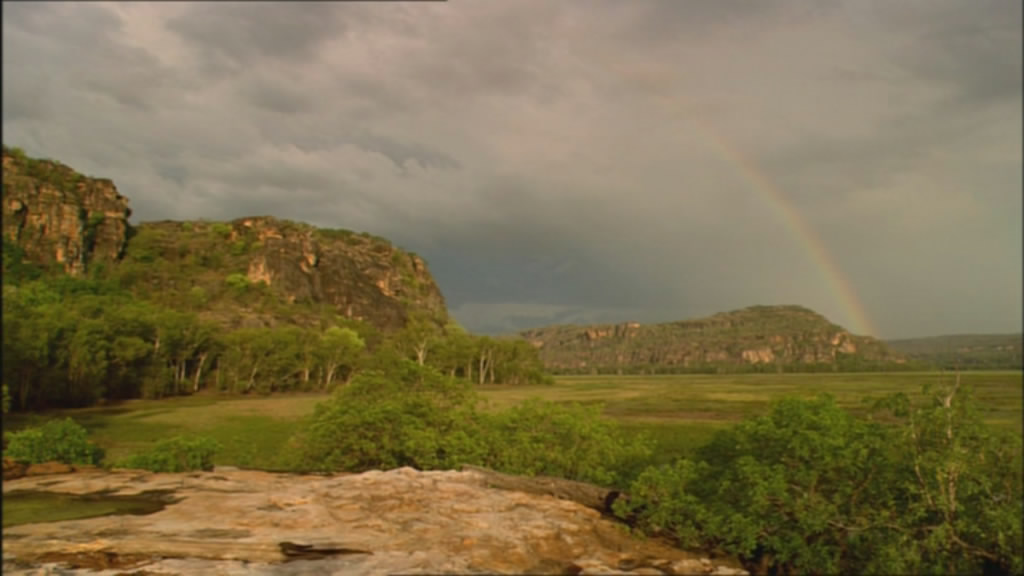 Of course, the characters are somewhat cliched, although not to the point of being able to predict the film. In fact, director McLean ekes out information from his cast throughout the film, gradually adding layers of emotion to the film through this engaging process. At first glance, all the characters in the film start off being a little kooky, with hidden agendas and unknown motivations. But as the film progresses, and our cast are slowly dragged into desperate madness, we find out more about them, and that makes their eventual demise’s that much more impactful.

The plot is fairly simple: a tourist boat on a journey through Arnhem Land is attacked by a large, rogue croc, intent on eating them all. The boat runs aground on a small island in the middle of a tidal river, and it’s a race to get everybody off that island before the water rises and the croc comes for them all. 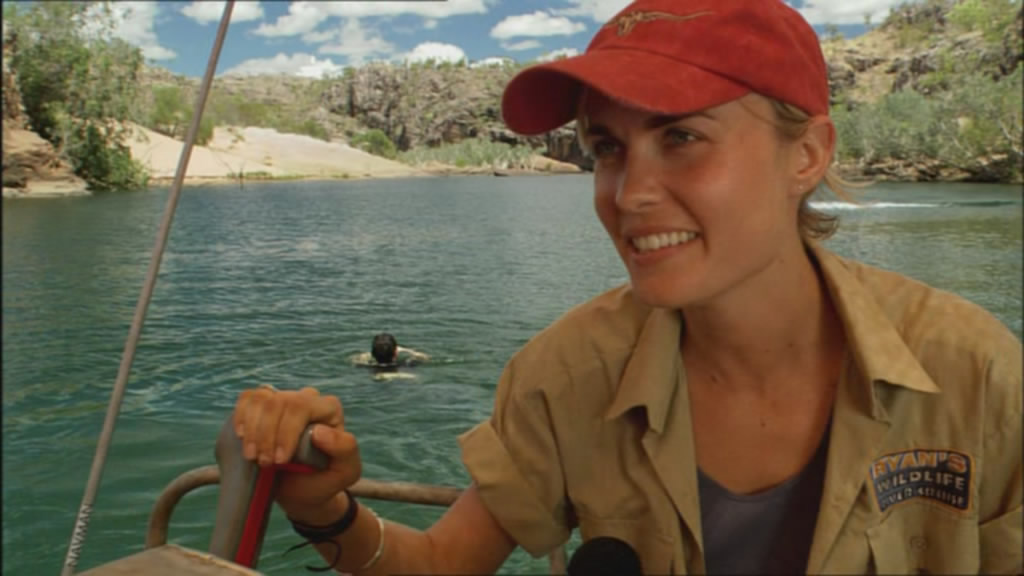 Simple, right? Of course, developing tension is not all that difficult when you’ve got yourself a seven meter monster prowling the waterways, but McLean doesn’t expect the audience to give him any slack. He amps up the tension between the characters with barely a ripple on the water wound them. And when the croc does attack, all hell breaks loose. 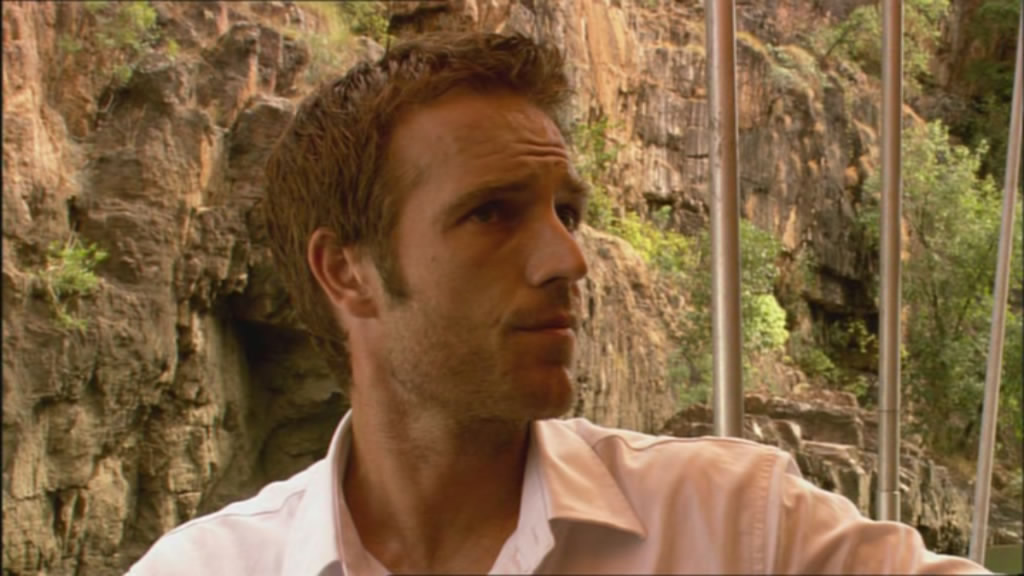 The film see’s the return to Australia for Radha Mitchell, who made a name for herself in the US (in films like Silent Hill, Melinda & Melinda & Pitch Black) and it’s good to see her return to her roots. US B-lister Michael Vartan comes in with his accent and attitude to match, as the travel reporter covering the Top End with little/no enthusiasm. Along for the ride are Aussie names like John Jarratt, Stephen Curry and Sam Worthington, all amounting to little more than croc fodder throughout. 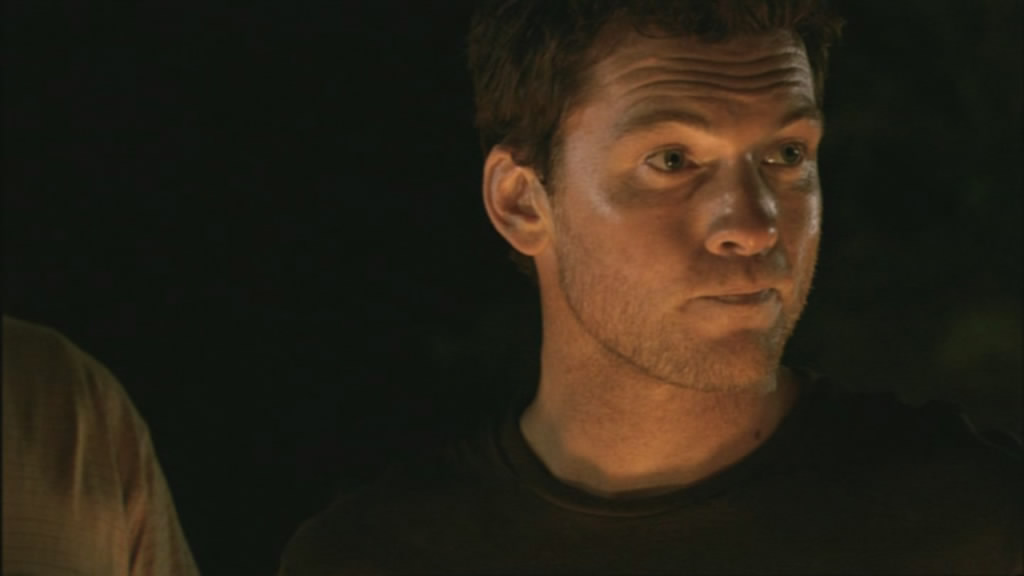 The cast is uniformly excellent, nobody let’s the team down in what is essentially an ensemble piece. Of course, the US star gets a little solo time with the croc, via a suitably awkward plot device involving a dog, and the battle with the beast borders on the ludicrous were in not for the emotional commitment of the filmmakers to produce a genuinely frightening screen monster. 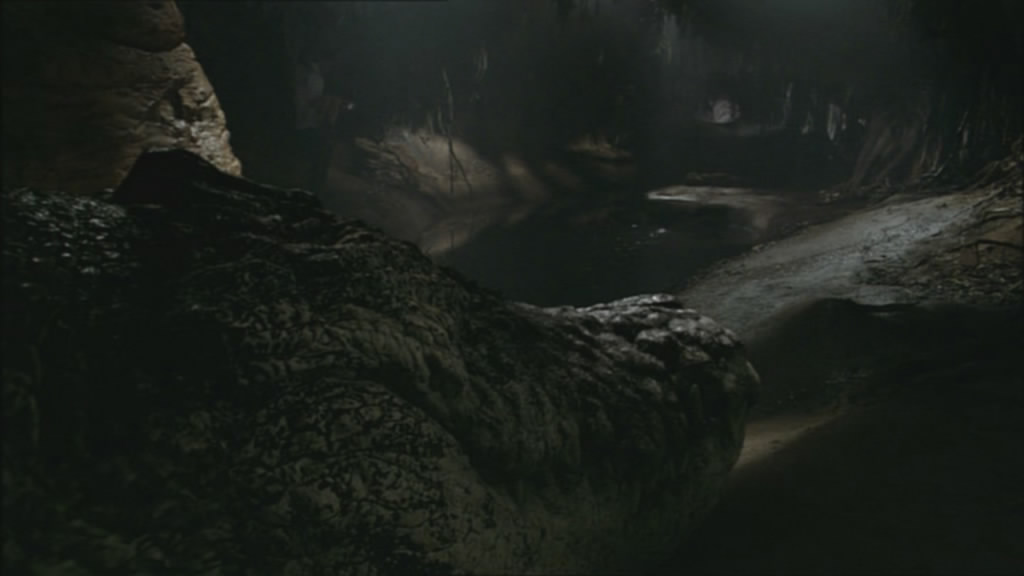 Rogue has been criticized in the media as merely a Jaws-lite wannabe, something that borrows heavily from other creature films and merely recycles ideas that have been done before (often better). I would take those critics to task here, as Rogue is both frighteningly original, and dramatic, something very hit and miss in cinema horror films these days. Gore is kept to a minimum, and used sparingly for maximum impact when it is required. The croc is deadly silent, very rarely seen in full and always at the back of your mind while you’re watching. Yes, there are shades of Jaws here, especially with the underwater photography.

The thing about this film that sets it apart from the others of its genre, is that the production values and scope of the film are a substantial step up from anything seen in this country before. The cinematography from the late Will Gibson is awesome, the lavish landscapes of the Top End just about as majestic as you could imagine, coupled with the eerie gloom of darkness that descends upon the group as they become stranded. Almost every frame of the opening twenty minutes is lavishly presented, a loving testament to the bush and the awesome terrain you’ll see up in the Territory.

So why did this film all but bomb out of the cinemas around the country? Who knows, but I suspect that it’s more to do with the jaded Aussie public saying to themselves “oh no, another Aussie film that looks cool but will probably not deliver”, because, as we all know, Aussie’s don’t tend to watch Aussie films. Shame. 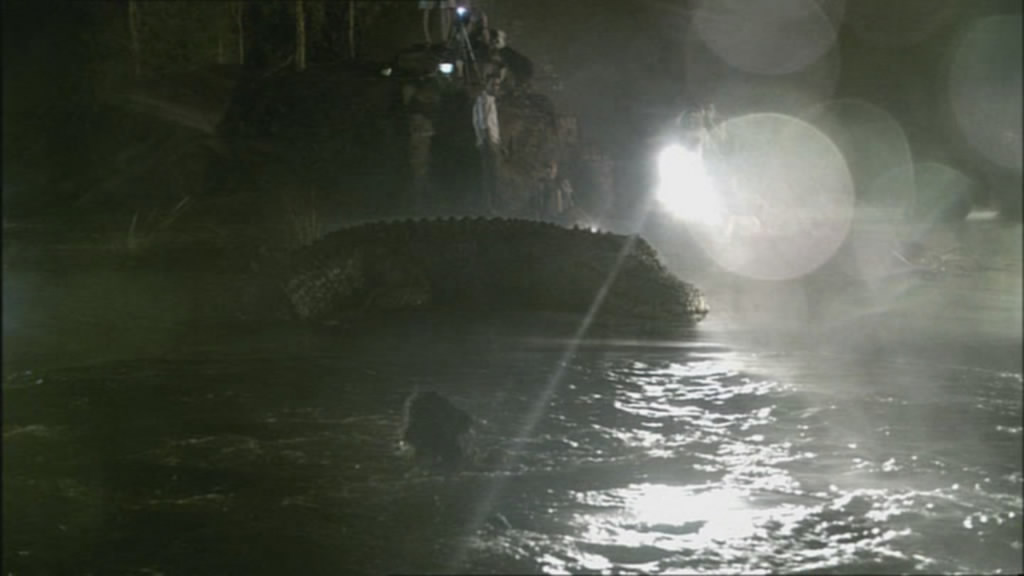 Rogue is a genuine thrill ride, a slow burn start that cranks up once the croc strands our cast on that very small river island. It ends with a fairly cliched and weirdly action-film set piece where the “hero” of the movie has to contend with the beastie on his own. Of course, the tension here reaches an almost unbearable level, and by the time the film ends, you’re glad it’s over. Rogue is a terrific Aussie film, one we can all be proud of, and we should support on DVD. The simple fact is that the characters in this film are better than the film deserves; if they were carbon copy cliché characters, the film would have sank like a stone. But with a believable cast, some terrific effects and edge of your seat excitement, Rogue is a genuine contender for a modern thriller masterpiece. 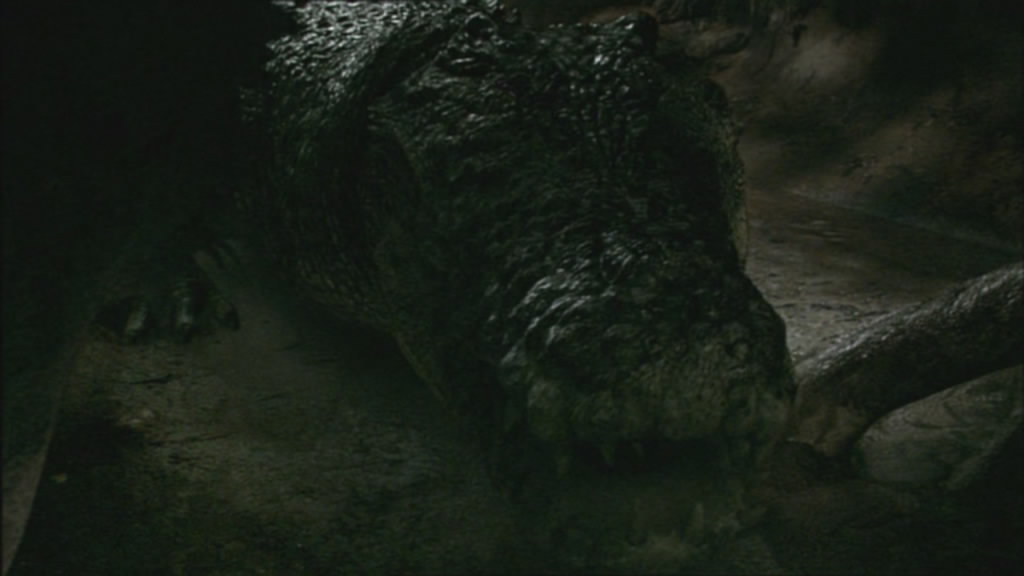 For a genre film of this type, this is Grade A material. Well worth a look.