Director : Mel Gibson
Cast : Rudy Youngblood, Raoul Trujillo, Mayra Serbulo, Dalia Hernandez, Ian Uriel, Gerardo Taracena, Rodolfo Palacios, Bernardo Ruiz Juarez.
Year Of Release : 2006
Length : 138 Minutes
Synopsis: When his village is devastated by violent, vicious kidnappers, and his family sent into slavery, a young Mayan warrior must journey to the edge of his civilization to find them and bring them back.

Review : Good. Certainly better than some other things I’ve watched recently, but not my favorite film.

Ironic that my first contribution is not for a Chick Flick at all.

But it is about one of my passions – I am a little obsessive about mythology and ancient cultures. Not just ancient culture, any remotely old cultures.  I haven’t done much study on Aztec and South American cultures, so Apocalypto was quite interesting.

I liked it. Human story following one character in particular. He wasn’t portrayed in a good light to start with but once the chase scene ensues you totally feel for him. Amazing what being the underdog can do for your sympathies for someone.

Being an avid reader, I like a  complete story, (often following a series into the 8-9th novel before feeling the need to slow down). In Apocalypto, I got to know a large number of characters but was left with half the story for most of them. I know that is the nature of film, being a 2 hour snippet and the characters were introduced to get a better feeling for village life, the varied personalities, but I did feel the incomplete-ness at the end. (The sense of incompletion was increased because I was preparing dinner at the same time and rental discs can scratch and jump from time to time, may have missed a few minutes in the slave market scene).

The opulent world of suburban Aztecs inspired me to research the culture more, but unfortunately there is not much clear information. I was surprised to see that the films timeline was correct, more or less, historically. But I guess as a film about a culture’s destiny, it needs to be more fact than fiction. It still surprised me that it was not an action/adventure film with outrageous killing/fireworks/crafty swordsmen/kung-fu style. Well, I know what I mean.

Watching the suburban scenes with a view to permaculture was interesting, James pointed out the similarities to Easter Island – praying to a god you believe will save your culture, whilst destroying all the necessities for life to continue. I guess that demonstrates immense faith, but the Mayans and Easter Islanders are welcome to keep that short sightedness thank you, much good it did them. They are with their gods now, I guess.

I’m so used to watching series’ that 2 hours is never enough for me, when hiring movies. I love watching 3-6 episodes of my favourite shows and have trouble stopping, so while not my favourite movie, Apocalypto is well done and a good night in. 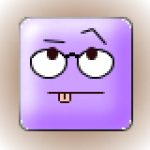