Unassailable classic of cinema, The Wizard Of Oz remains one of cinema’s most enduring icons, alongside Gone With The Wind, The Godfather, and Citizen Kane, as a moment of bottled magic. While many films made early last century have now dated and become relics of their era, Wizard remains as fresh now as it did the day it premiered in 1939. If you have never seen this version of the story (and let’s be honest, a lot of younger folk won’t have!) then can I beseech you to do so? 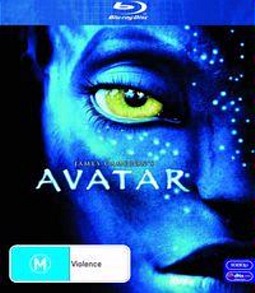 Breaking from our mold of simply doing film reviews, today I thought I’d quickly mention my thoughts on the just released Avatar BluRay from Fox.We don’t normally do reviews on the DVD/BluRay’s themselves when we watch them, simply tell you what we thought of the actual film. But today, considering the hype and anticipation for this films release to the general public on digital disc, we thought we’d let you know what we think.