As incendiary now as it was in the 1960’s, with changing racial attitudes mixed into a palpably tense screenplay by William Rose, director Stanley Kramer’s dramatic masterpiece was, and still is, a titanic touchstone cinematic revelation. It’s a film that turned up-and-coming actor Sidney Poitier into an industry superstar, courted controversy in almost every market it entered, and is regarded as one of the Spencer Tracy’s greatest performances, a monumental feat considering the actor’s health was deteriorating considerably, passing away barely a fortnight after completing work on the movie. It’s also the ninth and final pairing of Tracy and Katharine Hepburn on film, and following her co-star’s passing the actress declared she could never watch the film out of grief. While some of the film’s piercing insight into interracial marriage may have dulled a little in our more liberal present, the searing performances by all involved, from Hepburn, Tracy and Poitier right down to the supporting cast, carry a dramatic weight and interpersonal impact that remains indelible irrespective of the distance of time and space. 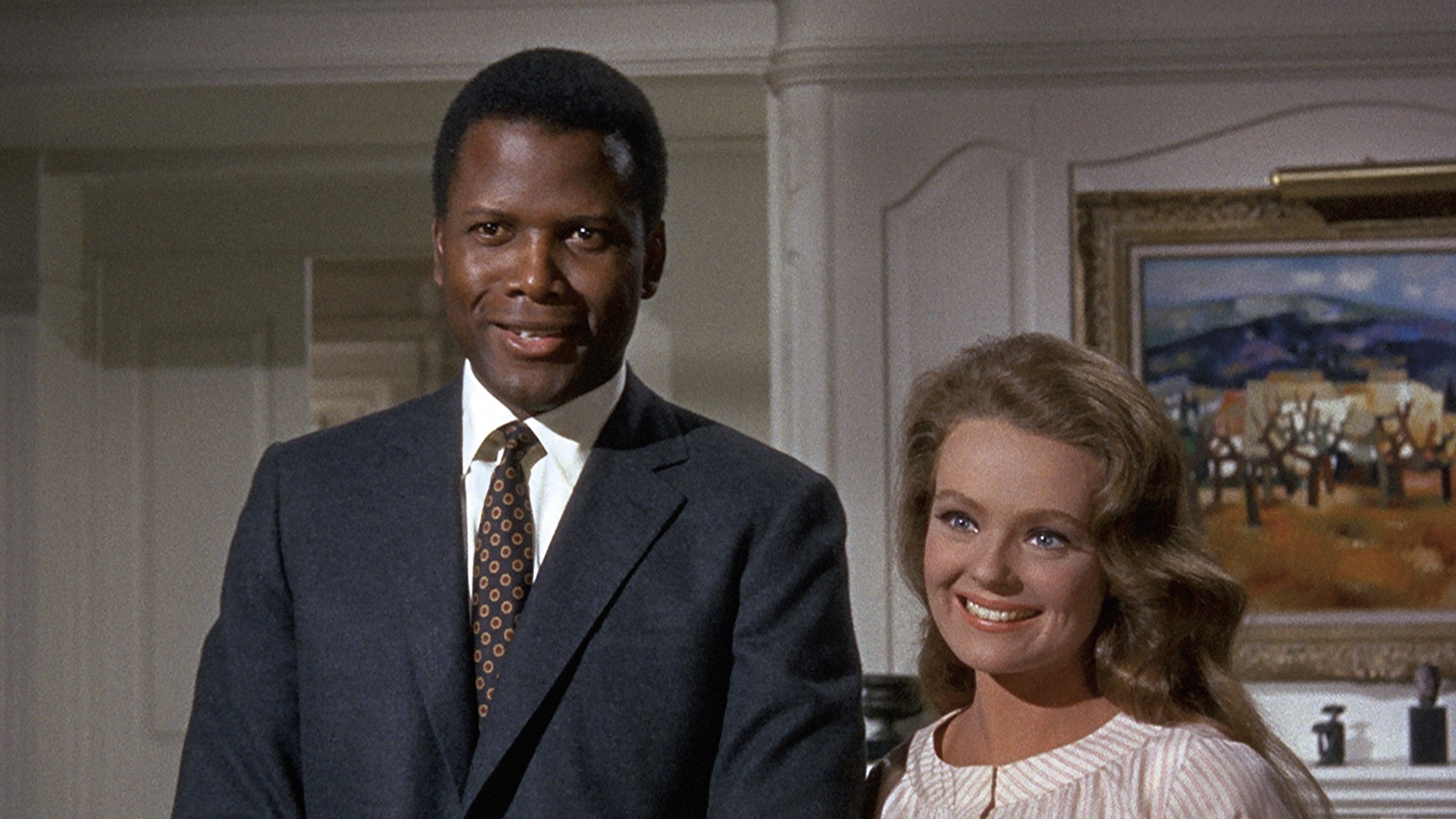 In 1967, newspaper editor Matt Drayton (Spencer Tracy) and his wife Christina (Katharine Hepburn) are shocked when their young daughter Joanna (Hepburn’s neice, actress Katharine Houghton) brings home her new fiancée, a young black doctor, John Prentice (Sidney Poitier). Both Matt and Christina are resistant to giving the union their blessing, given the social norms of American’s racial segregation and the illegality of interracial marriage in the United States at the time, and call upon their family priest, Monsignor Mike Ryan (Cecil Kellaway) to help in this apparent crisis. As the evening continues, Prentice’s parents, John Sr (Roy E Glenn Sr) and Mary (Beah Richards) are invited along for dinner as well, themselves having not been aware their son is marrying a white woman, much to their initial surprise and shock. Through discussions with both the young Dr Prentice and the young Joanna Drayton, both sets of parents have to come to terms with this potentially troublesome pairing. 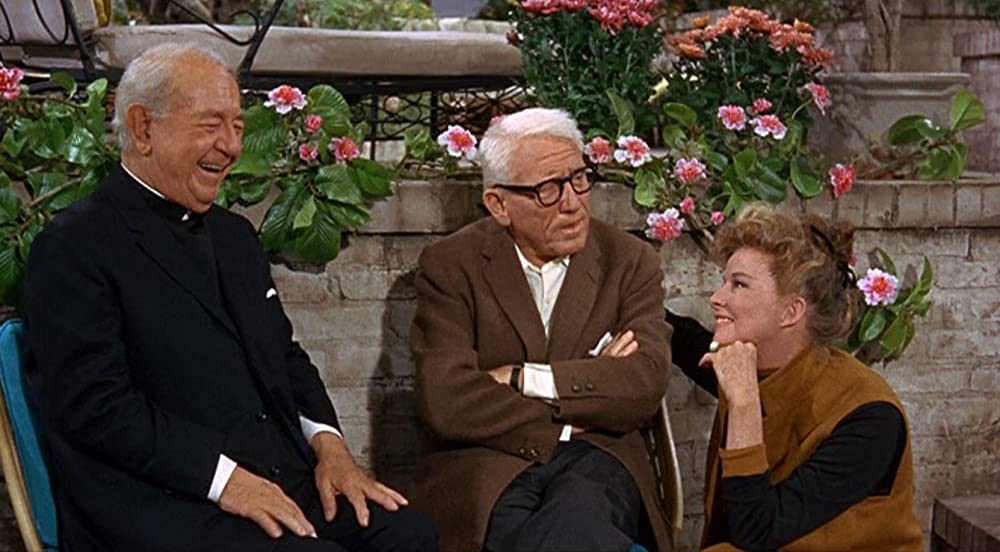 Guess Who’s Coming To Dinner isn’t a film easily described as “enjoyable”, but it is most certainly entertaining, not to mention challenging. Racial themes form the core of the film’s white-hot premise, a mixed marriage at a time when mixed marriages weren’t allowed; somewhat apropos, the laws against interracial marriage were struck down by the US Supreme Court barely six months before the film debuted in late 1967. Still, just because laws change doesn’t mean hearts and minds are so instantly amended, and the film’s controversial subject matter was no doubt concerning for a studio worried about such subject matter being something a wider white audience would want to go see: it mattered little, with the film becoming a box-office hit, the fourth highest-grossing film of the year behind only The Graduate, Gone With The Wind, and Disney’s animated The Jungle Book. It easily out-grossed Sidney Poitier’s other two films of the same year, To Sir With Love and In The Heat Of The Night, respectively. It would also gather numerous award nominations, among which Hepburn would snag an acting Oscar (her second) alongside screenwriter William Rose for Best Original Screenplay, out of ten total categories in which it competed. Perhaps even more profoundly, the film also did considerably well in America’s southern states, where racial prejudices still continued (and continue) to play out against the film’s declarative upbeat outlook on such serious a subject. 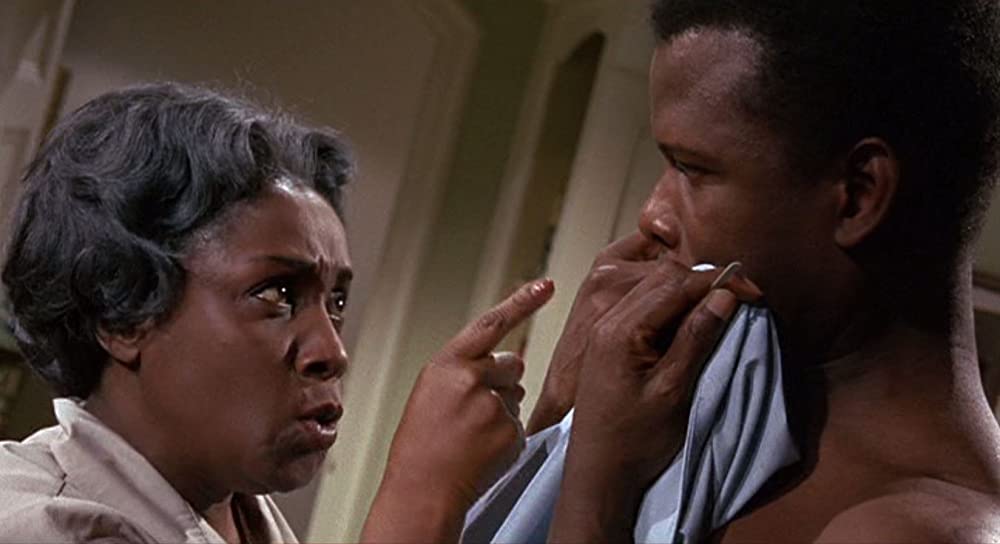 Kramer’s film isn’t particularly stylish, flamboyant or technically ambitious. A lot of the time the stylistic choices employed by Kramer’s direction and photographer Sam Leavitt’s camerawork verge on that of a “television movie”, with fairly standard framing and use of blocking allowing the performances and dialogue to really develop. That’s not to say the film isn’t cinematic in the truest sense, watching Spencer Tracy and Katharine Hepburn deliver quite literal masterclass acting turns with cadence, nuance and liberal specificity that is often breathtakingly flawless. In every way, Guess Who’s Coming To Dinner is an actor’s film rather than a directors, at least in the most superficial manner, because Kramer almost doesn’t need to do much when he has such a powerhouse cast at his disposal. It’s a “just turn the camera on and let them do their stuff” kinda movie. That said, the film is both exquisitely paced and immersively executed, clocking in at a very brief 100 minutes, and one might suggest short-thrift considering the subject material, when in actual fact it feels neither rushed nor undercooked. Rose’s screenplay tackles the various thematic tangents with an exemplary simplicity without shortchanging the power of the dialogue, a marvel of the written word for character development and storytelling. 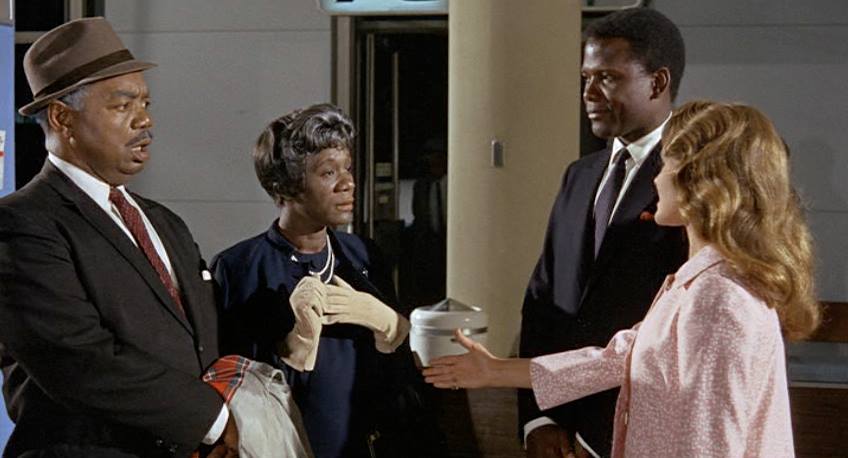 It goes without saying that the film’s success lies squarely at the feet of its top-notch cast, all of whom represent various degrees of America’s divisive opinion on racial matters, and as a staged piece of dramatic social examination, the film is an explosion of ideology. Hepburn and Tracy aside, the film’s primary focal point is Sidney Poitier’s Doctor Prentice, an upstanding and near-flawless individual who’s only perceived “character” flaw is that he’s black. Poitier delivers a turn for the ages here, easily going toe-to-toe with his more experienced thespian brethren and legitimately staking a claim for the best thing in the movie. Prentice’s relationship with Katharine Houghton’s Joanna doesn’t quite feel as physically intense as their quite rushed marriage might seem to indicate but both actors sell it convincingly enough to work within the framework of the film’s clear-eyed gaze. Houghton, for her part, is eclipsed a little by the other actors but is earnest and virginal enough to win over even the most cynical viewer. One might argue that Dr Prentice is almost a little too perfect, but in removing any argument of character flaw the pure discussion around a black man and white woman marrying can continue without deviation. 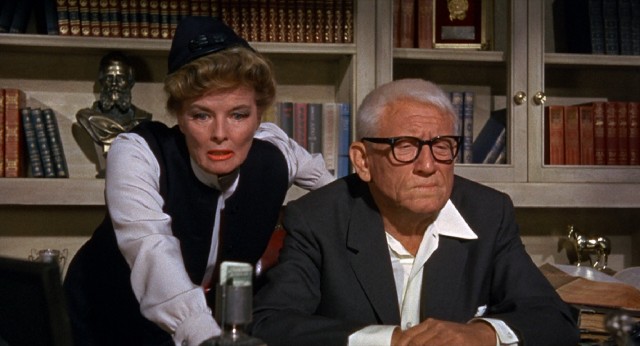 Even the supporting cast are all in snyc with the main leads; Cecil Kellaway is great as the poor padre who arrives to mediate the potentially conflicted relationship and imminent nuptials, whilst the Drayton’s housekeeper, Tillie (Isabel Sandord) an archetypal black woman who berates Prentice for not staying in his lane at one point, represents the gentle breaking of tension at various moments in the movie and the actress is really, really solid. Prentice’s parents, played by Beah Richards and Roy E Glenn Sr, offer an alternative viewpoint to the white prejudice narrative, having their own particular sense of injustice bias around their son wanting to marry an attractive young white woman, which really heats up the conflicted conversations in later in the movie. In a film filled with hopeful themes of social progress despite the obvious issues the interracial couple might face outside their immediate family understanding, nobody here puts a foot wrong in terms of performance. 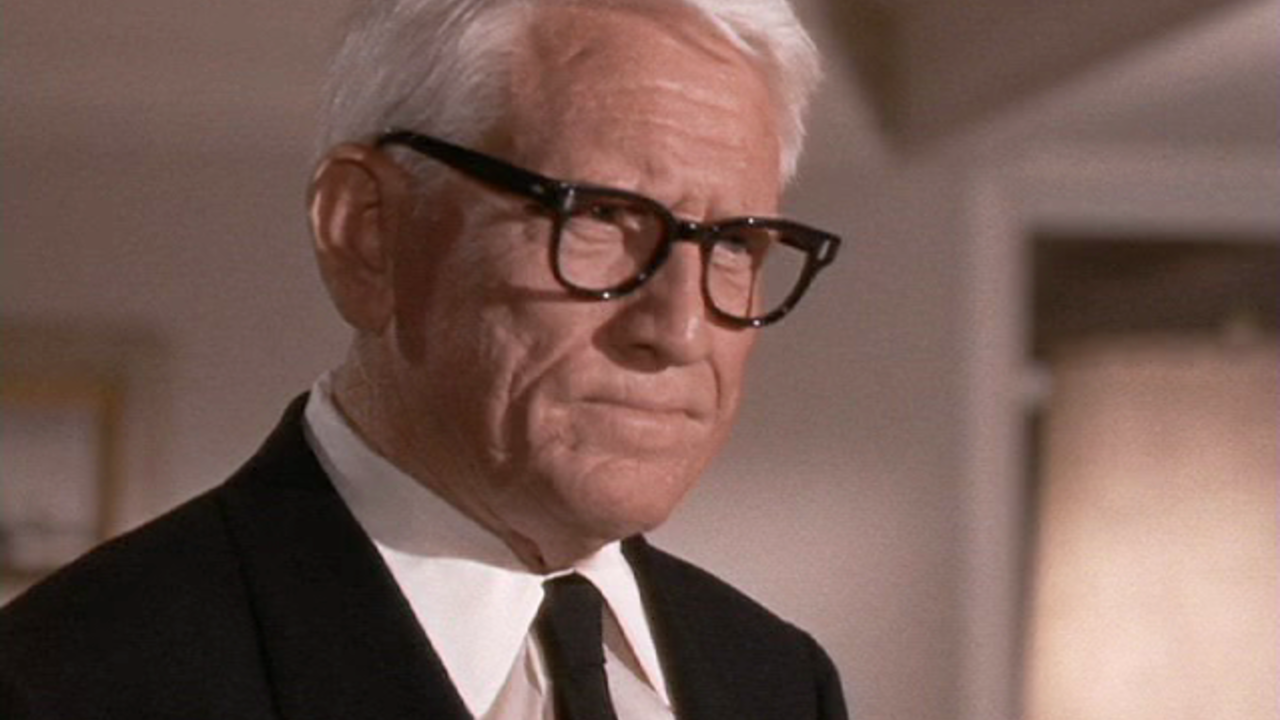 I’m loathe to comment on the nitty-gritty aspects of the film’s plot, only because I lack the understanding of the disparity between white and black society in the United States to a degree I’m comfortable offering an opinion on how it’s depicted here. I recognise the overarching conflict within the plot with enough life experience to understand the potency of which this film continues to ignite discussion, and must surely have split opinions in the more racially charged 1960’s – imagine this film’s Twitter discourse had we had social media back then? Good god! Guess Who’s Coming To Dinner might have suffered diminishment given today’s more liberal social norms and the complete ubiquity in which mixed race pairings are viewed compared to that time, but themes of acceptance and prejudice – while maybe not explored as explicitly as I’d have wanted for my own limited understanding – and forcing people to confront their own is always a powerful method of propelling the tearing down of hateful walls. An explorative masterpiece, Guess Who’s Coming To Dinner is essential viewing and an absolute masterclass in performance from all involved.