Principal Cast : Hugh Jackman, Rebecca Ferguson, Thandiwe Newton, Cliff Curtis, Marina de Tavira, Daniel Wu, Mojean Aria, Brett Cullen, Natalie Martinez, Angela Sarafyan, Sam Medina, Roxton Garcia.
Synopsis: Nick Bannister, a private investigator of the mind, navigates the alluring world of the past when his life is changed by new client Mae. A simple case becomes an obsession after she disappears and he fights to learn the truth about her.

Lousy, confusing twaddle masquerading as a sci-fi neo-noir film in the vein of Blade Runner, Lisa Joy’s Reminiscence is a stone cold turkey of a film, beset with bewildering plot devices, an overabundance of wide shots and gormless, meandering voiceover narrative that’s as perplexingly obtuse as a Terrence Malick movie. For a film in which people are able to access their memories while Hugh Jackman’s character watches on like some weird future-self pervert, it sure if a film I wish I could strike from my own memory, such is its dullard nature and boring, listless pacing. The film feels every inch of its stated 116 minute runtime – I’d wager that’s a lie, because it truly felt like an eternity – and despite the best efforts of Hugh Jackman, Rebecca Ferguson and Thandiwe Newton, Reminiscence is a disaster from start to finish. In the future, there was a war and the ocean rose up, swamping the low-lying areas of the Southern United States, including Miami, where former soldiers Nick Bannister (Jackman) and Watts (Thandiwe Newton) operate a business allowing people to relive their own memories. When they are suddenly visited by a mysterious woman in red, Mae (Rebecca Ferguson), Nick is instantly smitten, falling desperately in love with the woman. So when she suddenly disappears for no reason, Nick’s quest to find her takes him on a journey into the seedy underbelly of Miami’s waterlogged criminal underworld, where Mae appears to have been living a double life, crossing paths with gang boss saint Joe (Daniel Wu), the property oligarch Tamara Sylvan (Marina de Tavira) and the mercenary Cyrus Boothe (Cliff Curtis), all of whom have clues to Mae’s mysterious past and the location of a missing young boy. 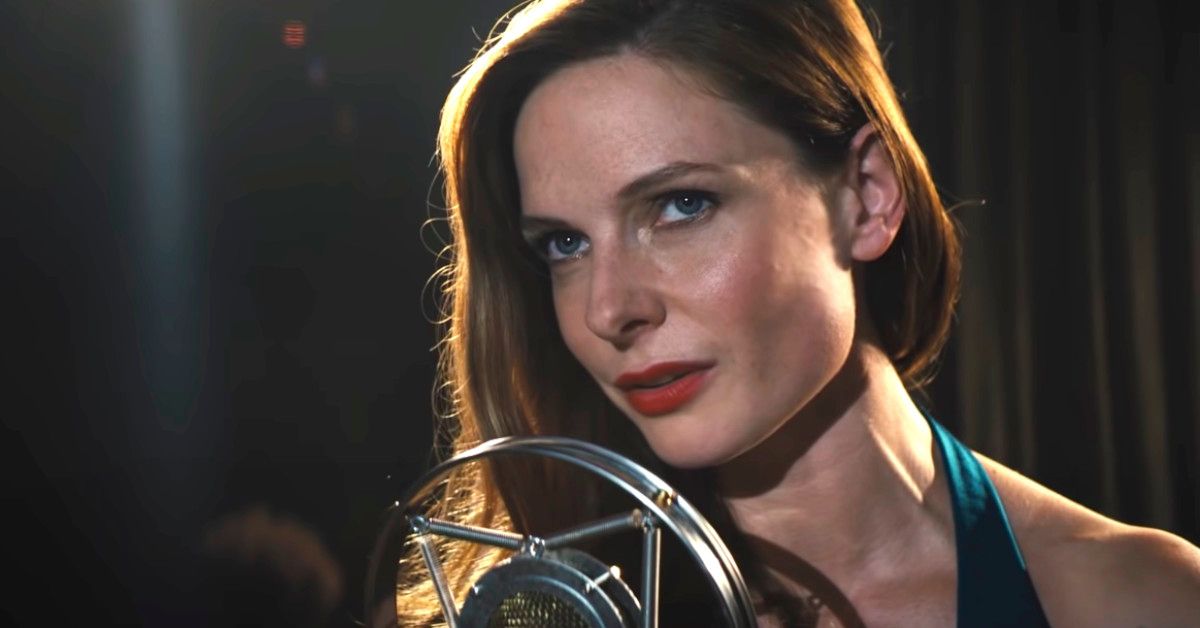 In retrospect, it was a mistake for Warner Bros to hand the directing reins to an untested feature filmmaker in Lisa Joy (in her big-screen debut, following efforts on HBO’s Westworld series), whose screenplay for Reminiscence was on Hollywood’s Black List of unproduced scripts for several years before the studios optioned it for production. Maybe I’m being overly critical but there’s a sense of directorial narcissism with Reminiscence, a filmmaker so obviously in love with her own story it’s clear she couldn’t see where things needed to be tightened up, or dialled back, resulting in a slackjawed failure of a film beggaring entertainment value of any kind. I guess that’s what happens when you’re the sister-in-law of Christopher Nolan, and can get even the shittiest stuff in front of studio producer eyeballs. The story is preposterous, the kind of Minority Report-esque pseudo-science nonsense that ought to have been a load of formulaic fun with Hugh Jackman’s engaging leading man performance anchoring it at the center. Sadly, Reminiscence is a laboured, bedraggled and wholeheartedly unfulfilling romp into semi-consciousness that promises a lot and delivers very little, and then very slowly. Okay, there’s aspects to the film that redeem Joy’s creative choices a little, but the exposition and dreary accompanying voiceover narration is ghastly in every sense – you know, show, don’t tell? It seems Lisa Joy forgot that option – and the atmosphere-sucking pacing eschews expediency over loving landscapes and painterly imagery; again, it’s as if Lisa Joy couldn’t get past her own inventiveness, and at times seems to have forgotten there’s a story to tell. Lisa Joy ain’t the auteur she thinks she is, not by a long shot. 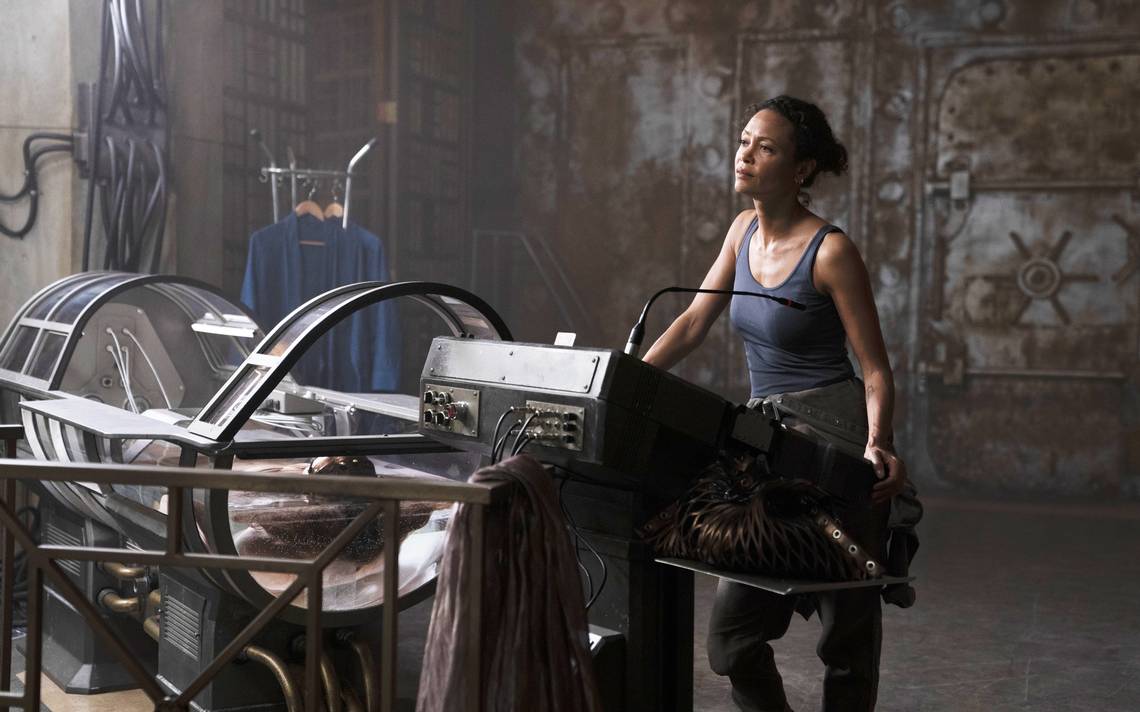 Elements of sci-fi tropes such as classism and social decay abound in Reminiscence, haunting the film’s overly complicated central premise of rendering memories on a gigantic holographic centrifuge for the world (and us) to see, with the noir grit and grime realism shrouding a lot of the film’s potential in a smeared, distillate-speckled futureworld as malignant as any yet put to screen. Wide vistas of a semi-flooded Miami abound so often I half thought I was watching a tourist video at times, even if the visual effects are largely terrific, while some of the practical-looking sets and studio shooting footage looks flawless. If only the characters inhabiting the world weren’t so dreary; the first half of Reminiscence is intended to incite a romantic love interest between Jackman and Ferguson’s characters but the saturated despair of Joy’s world inhibits the audience from really hooking into it. Not to mention the boilerplate dialogue and simplistic ancillary characters, none of whom are remotely interesting or offer intrigue at all. At the heart of the film’s middle-act is the Great Mystery – where is Mae and why is she missing? – and it’s all I could do not to finish the film by this point, I was so bored. Reminiscence is a listless dirge played loud and long, with few bright sparks to offset the dour nature of its milieu. 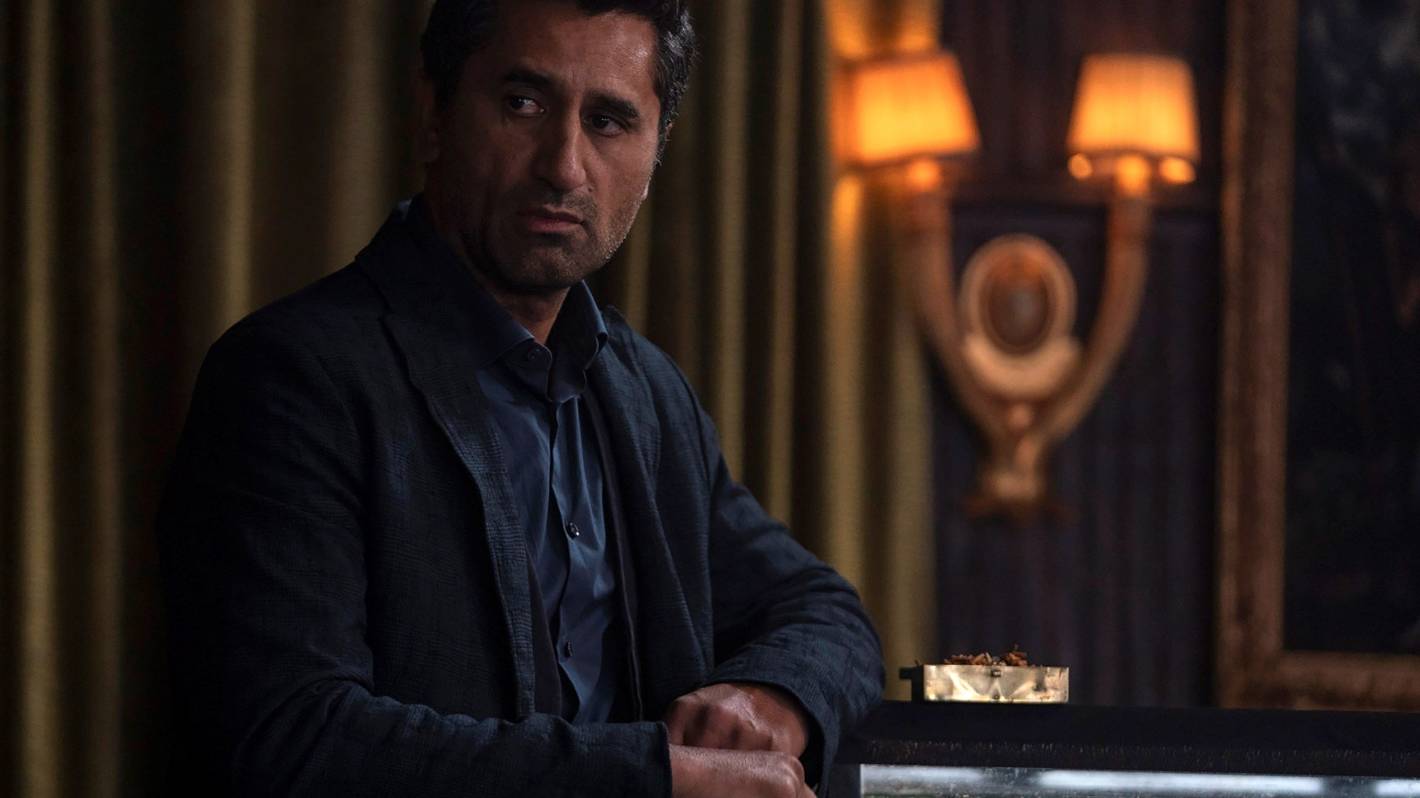 Hugh Jackman is as Hugh Jackman does: he’s solid enough as the devastated lovelorn Nick Bannister, and had the film been a genuine Gothic noir filmed in black and white he’d make a terrifically steely Sam Spade archetype. Sadly, Lisa Joy opted to make this a science fiction noir instead and as a result we’re treated to two hours of Hugh Jackman frowning almost continuously and I struggled with that no matter how much I like the dude. Rebecca Ferguson proves once more she’s destined for mainstream greatness, a legitimate movie star with spectacular looks and unbridled talent to spare, if only this film didn’t turn her character into an opaque, intangible, unsolvable mystery. Ferguson’s Mae struck me as very much in the mould of Rita Hayworth or Mary Astor, femme fatales of glamour and sensuality whose tragic backstories add to the grist of the noir subgenre. Again, despite trying her best, Ferguson is largely wasted here, off-screen for a lot of the film’s specific narrative, although I should note her chemistry with Jackman is at times electrifying. Carrying a torch for Nick Bannister is Thandiwe Newton’s Watts, also a former soldier and now business partner who it is intimated has hung around only because of her affection for the man. Unrequited love has never seemed so inane as it does in Reminiscence, the character’s subplot arc lacking cohesion in the latter stages as Nick’s denouement winds its way to a conclusion. It’s the pretentiousness of Reminiscence that I can’t shake. The whole thing feels like it’s just one giant wank, one enormous jerk-off to, and of, the audience. It’s nowhere near as clever a film as it thinks it is, and the artfulness of the cinematography and production design can’t hide the cloying sentimentality of truly risible voiceover narration. My fingernails curled up into balls as I clasped my armrests, the prickles on the back of my neck stood to attention with every grating, pontificating piece of pseudobabble nonsense Jackman’s character recounts as the film pretends its some grand diatribe on… what, global warming? Classism? Capitalism? Who the fuck cares when none of the characters here are likeable (not even in a hate-watch good kinda way) or remotely interesting, and the plot trips up on its own self-consciousness as it tries to unwrap a mystery-box element that isn’t exciting… like, at all. If you like or love Hugh Jackman then have at it, and watching Rebecca Ferguson slip into some slinky outfits all sexy-like is never going to be a hard pass from me, but Reminiscence’s tough-slog pacing and tedious, inert storytelling are just terrible things to endure. I recommend you don’t, and avoid this thing entirely.