Adam Sandler’s dramatic chops get yet another chance to showcase themselves in this solid dramatic sports film about a weary basketball scout pinning his hopes on the find of a lifetime. Directed by longtime documentary filmmaker Jeremiah Zagar, and produced by basketball royalty in LeBron James, this fictional story peppers in a who’s who of current and former NBA stars which sees Sandler tackle the onset of middle age, a feel-good underdog story and stepping outside his comfort zone; Hustle may not be the gold standard of sporting cinema outings but it’s hugely entertaining and led by two very good performances. 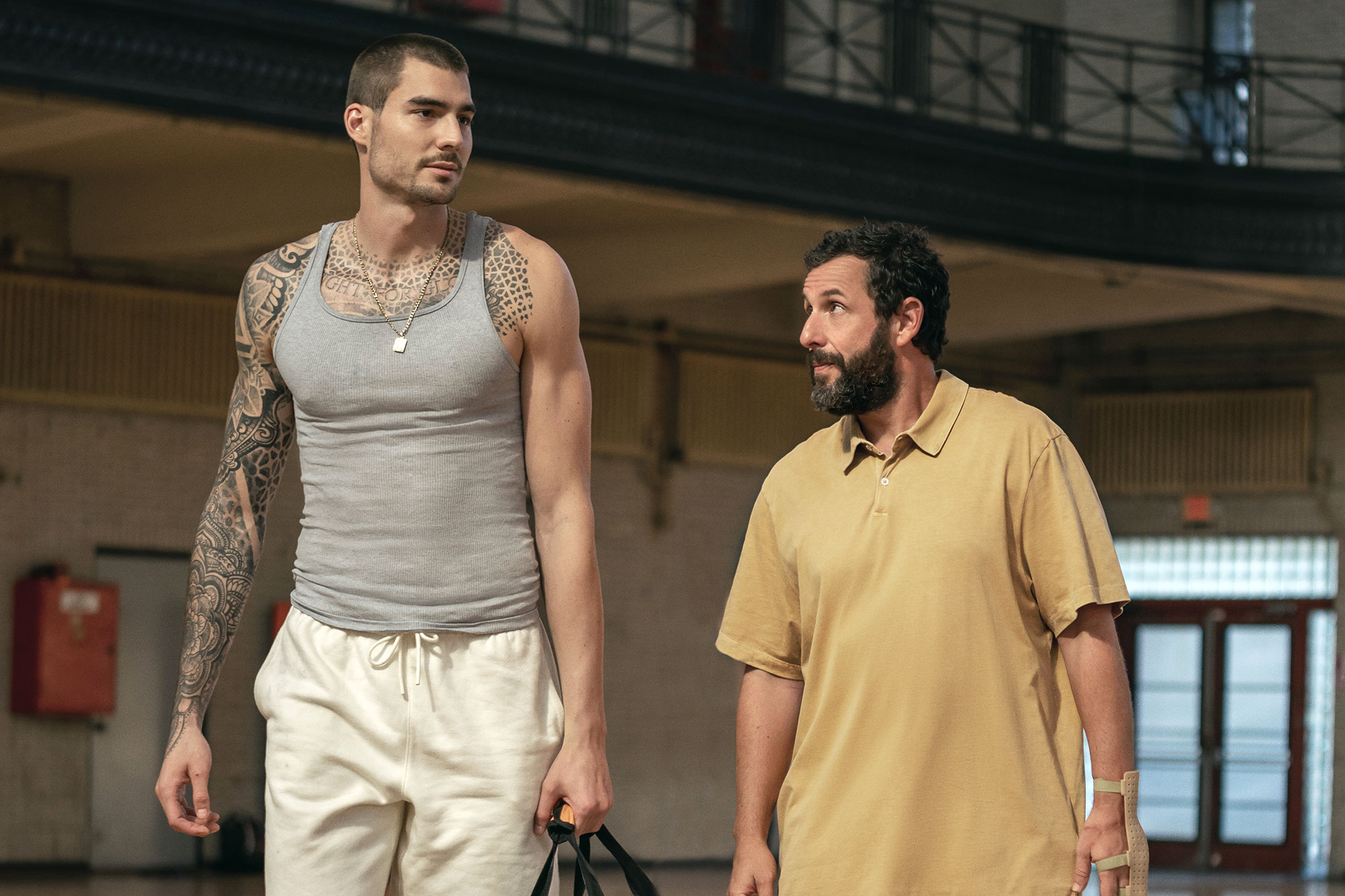 Stanley Sugerman (Sandler) is a long-time talent scout for Philadelphia’s NBA team the 76ers, working for team owner Rex Merrick (Robert Duvall, looking like he was wheeled into position before being propped up by an assistant), who promotes him to assistant coach. When Merrick unexpectedly dies, his son Vince (Ben Foster, sporting an awful bald cap) takes over and shunts Stanley back into the fray of locating top talent, something the older man has grown to despise, since it takes him away from his wife, Teresa (Queen Latifah) and daughter Alex (Heidi Gardner). Whilst on a trip to Spain, Stanley meets raw talented unknown, Bo Cruz (real-life NBA player Juancho Hernangomez), who displays incredible skills and talent and isn’t known by anyone in the NBA. Stanley invites Bo back to the US, where the young lad meets with a variety of NBA’s coaches and scouts, although Bo’s attitude and aggressive nature when prodded gets him into trouble, none moreso with Vince, whose animosity towards Stanley threatens to derail the kid’s burgeoning career before it even begins. 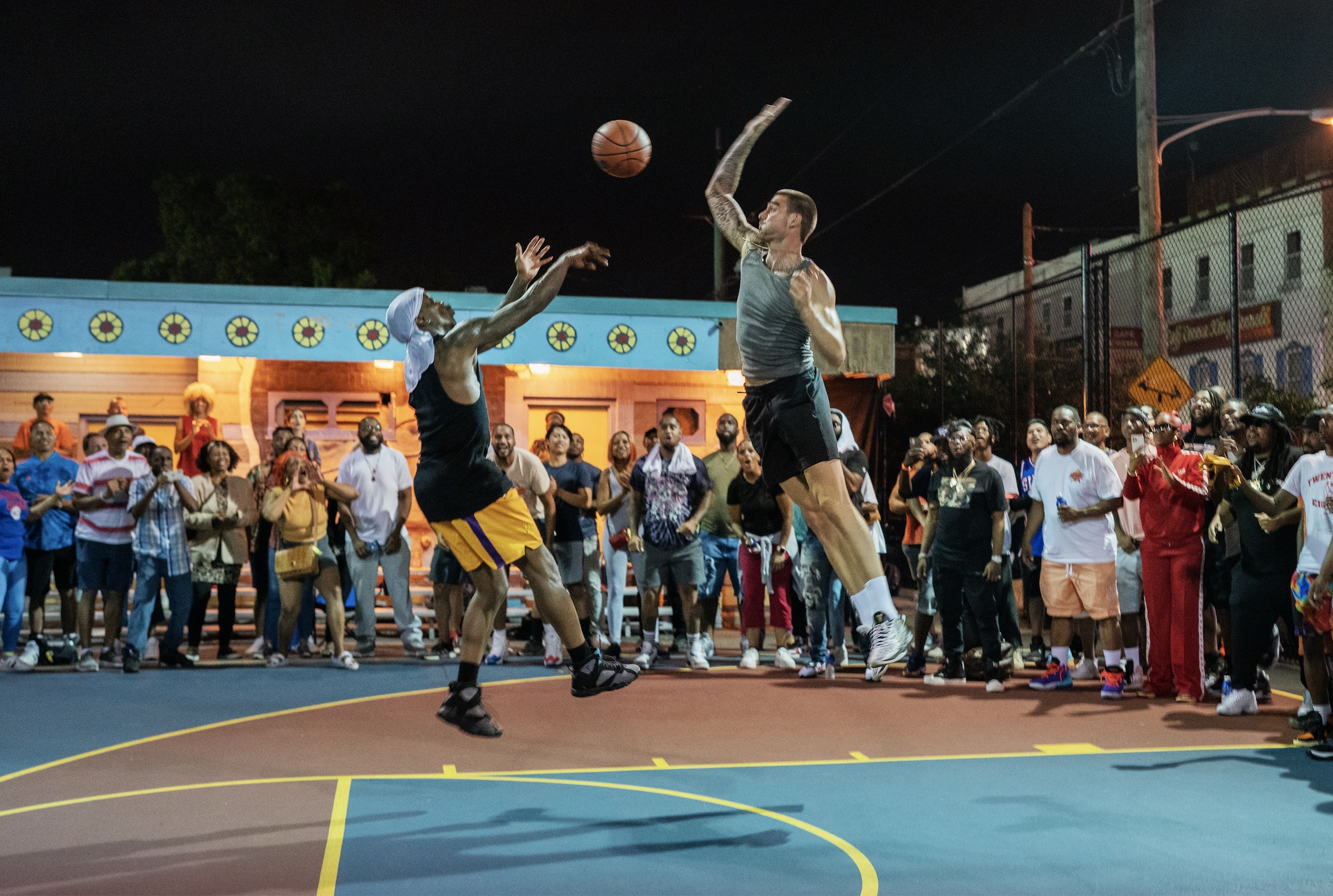 Team sporting films don’t ever really stray too far from a handful of archetypal narratives. Among the more popular of those? The troubled but talented star player who only needs one chance to redeem himself against all the odds, no matter how impossible. Another popular cliché is the jaded coach/assistant/manager who is burned out by years of professional torture hoping to reconnect with an estranged wife/offspring/family and whom an early retirement/firing/team swap makes all the difference. Hustle mixes a bunch of generic sports film clichés into a sweet little nostalgia bump for the game of basketball and floats the idea that no matter who you are, even you can make it in the big leagues. It’s perhaps apropos for a documentary filmmaker like Zagar to be brought aboard to helm this project, written by Taylor Materne and Will Fetters, as he gives the movie a real biographical real-world feel that envelops the viewer into the sweaty, highly orchestrated circus that is America’s National Basketball Association; the journey of Bo Cruz from the mean streets of Spain to the bright lights of a glittering career on the NBA stage makes for euphoric and uplifting viewing, but there’s some nice grit and realism sprinkled throughout the film that grounds Bo’s feet eternally as he spreads his wings. Whether you love him or hate him (personally, I’ve grown to appreciate the man’s knack for quality work when given the right material) Adam Sandler’s career as a semi-dramatic actor in films such as Punch Drunk Love, Spanglish, Uncut Gems and now Hustle is one of starling preceptive nuance. That the man transitions between watchable entertainment such as this and absolute godawful dreck like Grown Ups 2 or Jack & Jill is the only thing keeping him from becoming a truly great acting talent, wasted on titty and fart jokes with mates Rob Schneider and David Spade when he could be doing adult work more often. His turn as Howard Ratner in Uncut Gems was an undiluted tour de force from Sandler, showcasing his impeccable ability to slip between pathos, comedy and dark drama, and I’ve been aching to see him delve deeper into this kind of material as he ages out of younger manbaby roles. Hustle isn’t quite Uncut Gems but it does allow Sandler to take on a more paternalistic turn as Stanley, resting his hopes on a younger talent and finding a moral center when his feet are held to the fire. This isn’t Academy Award stuff, by any stretch, but it fits comfortably inside that inoffensive comedy charm Sandler has honed through years of despairing nonsense projects like Little Nicky et al. 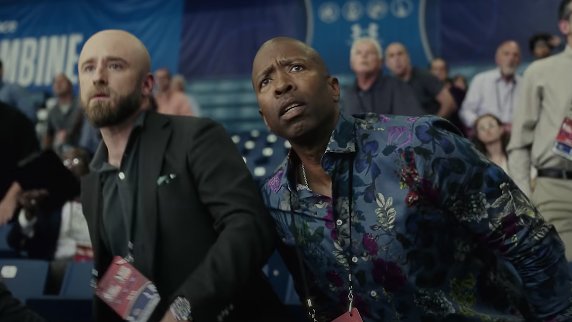 With Sandler offering a resolutely upright turn as Stanley, he accommodates first-time actor Juancho Hernangomez in the role of Bo Cruz, a pivotal ingénue role that works only as well as the writing; the character of Cruz is a doddle for Hernangomez, who displays surprisingly charming performance ability despite a career in the NBA where acting perhaps isn’t the most afforded time spend during the day. Both Hernangomez and Sandler have an easy chemistry together, the younger actor all vim and vigour and glowering intensity, with Sandler manifesting his best raggedly weary talent scout characterisation whose heart is gold despite years of chip-chip nihilistic travel tearing him down. Again, Hernangomez isn’t an award-winning actor by any stretch but he’s coached (quite literally) by both Jeremiah Zagar and co-star Adam Sandler to deliver a performance that contains just the right amount of soul and background and grit to sell the whole thing. There’s a bunch of cliched sport tropes that work their way into the story – and oh, the montages! – and threaten to derail a sweetly told up-and-coming star story (think The Blind Side but with basketball) but Zagar holds it all together with surprising narrative heft. My wife commented that “the training stuff went on too long” and I’m loathe to argue with her in the truest sense, but as somebody wiser than both of us once said, the great Ralph Emerson, “it’s not the destination, it’s the journey”, and never has that phrase been more true than in Hustle. 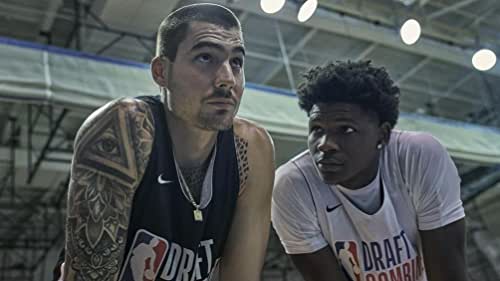 I admit to not being much of a basketball fan, which may mean I missed a lot of the obvious cameo appearances by a litany of current and former NBA stars no doubt tapped by producer LeBron James to make an appearance and flesh out the realism of the film’s basketball-set landscape. Of those I did recognise, Seth Curry, Charles Barkley, Shaquille O’Neal and Trae Young all make minor roles feel authentic, while fellow NBA player Anthony Edwards plays a rival to Bo Cruz who taunts and tags him aggressively. Edward isn’t an actor either but he makes the most of the rivalry he’s dealt. Queen Latifah pops up as Stanley’s long-suffering wife, Teresa, who supports her husband despite the crazy demands of his lifestyle, whilst Ben Foster – did I mention the ridiculous skullcap he’s forced to wear as the hostile Vince? – and a wonderful Heidi Gardner play supporting roles with ease. Hustle won’t make any non-basketball fans take up the game and it won’t convert anyone with its razorwire depiction of getting a spot in the pro leagues, but its a bit of wild fanciful fun with Sandler – a noted basketball fan himself – in the center. 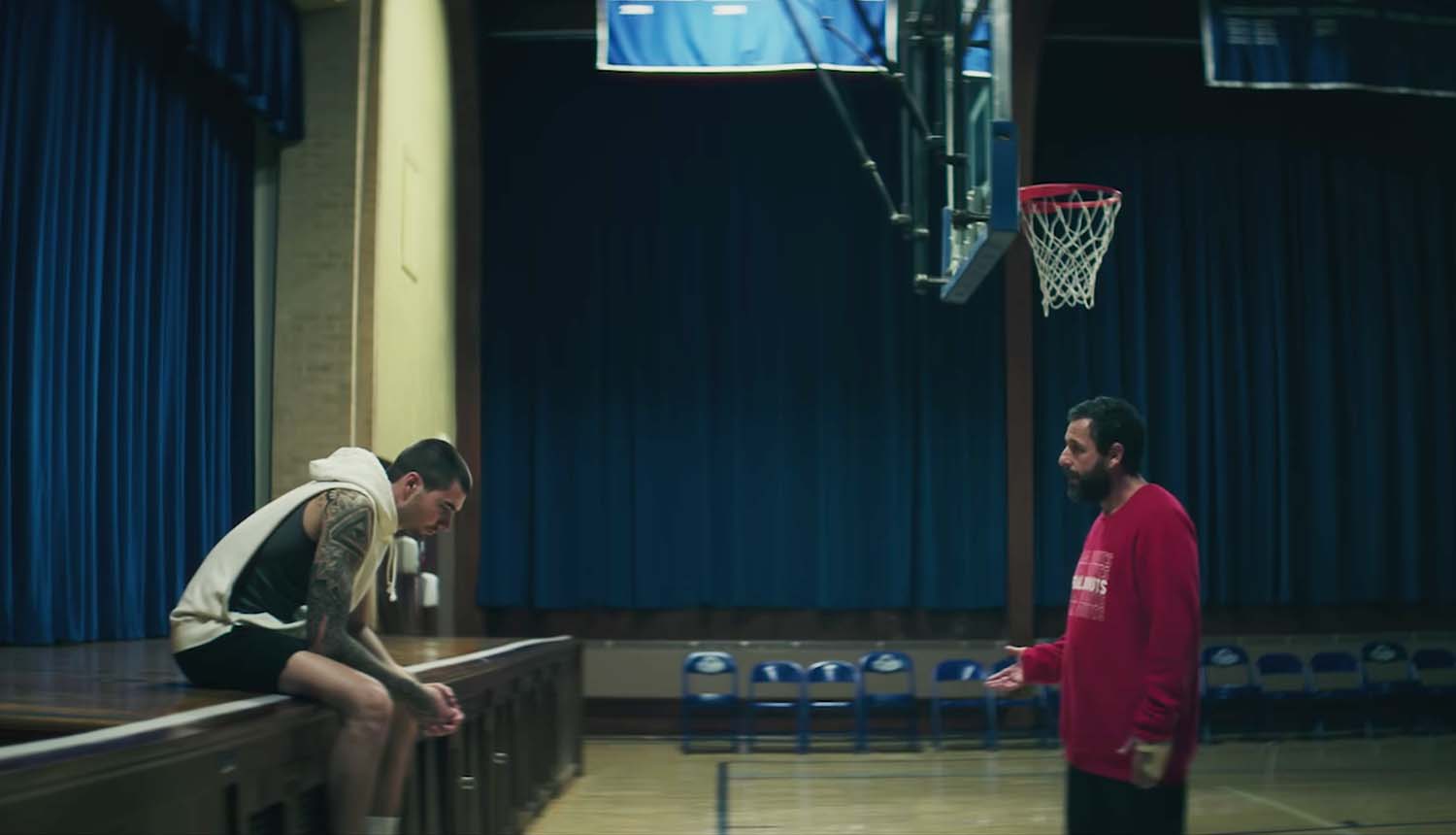 Hustle isn’t a game changer, it treads familiar ground with grace, and it never tries to rewrite legacy or history or do anyone dirty. If anything, it’s a love-letter to the game, a pulsing testament to the power of sport to bring people together and to change lives. For that, despite my ignorance of the sport generally, you should take my recommendation of this highly entertaining film with as much salt as you need. I would surmise hardcore basketball fans will quibble over nitpicks I didn’t spot, sure, but as a piece of pure propagandist NBA advertising (isn’t all film propaganda in some form?) I think Hustle absolutely shoots a three from the half court line.