Hitchcock repurposes his own film for his own gain, in this 1956 very-loose remake of The Man Who Knew Too Much, and comes up with a delightful, if too low-key, take on the classic wrong-place-at-the-wrong-time story. The film would go on to achieve cult status for the inclusion of Oscar-winning song “Que Sera, Sera”, composed by Jay Livingston (music) and Ray Evans (lyrics), sung here by Doris Day – little did she know it would become her signature song – and boasts a solid supporting cast, Hitchcock’s usual masterful command of the camera, and a terrific leading man turn by Jimmy Stewart, as affable as ever. in the repertoire of Hitchcock’s seminal films there’s a fair degree of middling tomfoolery in The Man Who Knew Too Much, and as such the film remains stuck in the middle-tier of the director’s later filmography, but with cheery VistaVision photography and a polished, technically precise storytelling tenacity it’s about as mildly crowd-pleasing as Hitch ever got. American tourists Dr Ben McKenna (Stewart), his wife, retired opera singer Jo (Doris Day) and their young son Hank (Christopher Olsen) are vacationing in French Morocco, when they meet a wandering Frenchman, Louis Bernard (Daniel Gelin), who befriends them. Later, at their hotel, they also meet travelling British couple Edward (Bernard Miles) and Lucy Drayton (Brenda Banzie), whom they also befriend. The next day, whilst visiting a Marrakesh marketplace, the McKenna’s are stunned to see Bernard appear out of the crowd dressed as a local Muslim, and promptly dies with a knife in his back; not, however, before he whispers something into the ear of the good Doctor. It turns out Bernard is some kind of British spy, and he informs Ben that a man is going to be killed, in London, very soon. Ben is warned by mysterious forces not to alert the police, as their son Hank is kidnapped: tracking the boy back to London the McKenna’s have to locate him in the vast metropolis but also negotiate the apparent assassination of a very powerful man. If one could describe The Man Who Knew Too Much in a single word, it would be “mild. As genteel as it gets, almost nothing about the film personifies the creepy terror of Psycho or Birds, and lacks the genuine tension of Sabotage or Rope, and yet it remains endearingly entertaining despite the superficiality of the plot or the blandness of the characters. This isn’t to denigrate the film so much as it is to point out how inert the film’s story is to the overall plot. As a thriller film it offer scant thrills, plenty of red herrings and a smattering of intriguing, if underdeveloped characters (the film’s third act boasts a gaggle of Jo’s London-based friends turning up unannounced and proceeding to shrilly declare her absence after retirement a monolithic tragedy) and the climactic musical number, in which the on-screen appearance of composer Bernard Hermann represents the only time he ever appeared on camera, has been pilfered from and echoed down through the decades yet lacks the solid bite or intrinsic iconography Hollywood appears to have bestowed it. 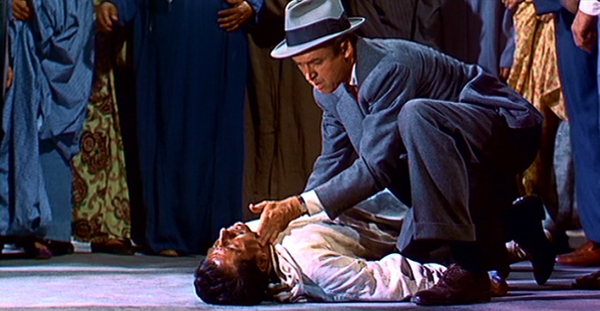 Written by DB Wyndham-Lewis and Charles Bennett, who also wrote the original British film upon which this is based, The Man Who Knew Too Much bubbles along as a vaguely cosmopolitan tourist venture for Hitch and his top-line cast, although one suspects neither Jimmy Stewart or Doris Day ever stepped foot in the North African desert. The writing is predictably acerbic for a Hitchcock film, the jigsaw puzzle pieces sliding into place all too easily alongside the directors propensity to make even the smallest detail a focal point in some regard. Writing the role of Jo McKenna as a retired operatic star for the casting of Doris Day isn’t so much inspired as it is a no-brainer, and cannily the writers give her just as much to do as the Jimmy Stewart role. The double-act of Day and Stewart is a real strength of the film, the pair working well off each other despite having almost zero on-screen chemistry. This goes to my long-held belief that James Stewart is a screen anti-sexual, that is an actor of such indeterminate sex appeal as to almost be androgynously ambivalent on the screen. A little like Tom Hanks – hell of an actor, but thinking about Stewart fooling around with somebody is like thinking of your parents having sex. 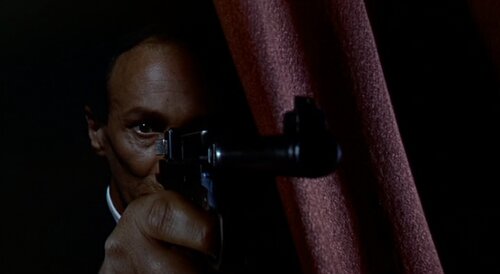 The film’s counterweight to this heavy hitting draw-card is its supporting cast, which ranges from the commendably villainous (Austrian-born actor Reggie Nalder) to the comically wooden (poor Christopher Olsen, as the young Hank, an unfortunate child actor with the emotional range of a puddle and the screen presence of a piece of white paper), although major props to both Brenda de Banzie and Bernard Miles as a pair of duplicitous Englishmen, and Mogens Weith as an equally duplicitous ambassador with designs of his own. Nalder’s creepy assassin character is arguably the film’s best supporting player and the actor maximises the minor amount of time he’s given to achieve a wonderful balance of rigid motivation and cruel masochism. Ralph Truman pops in as London Inspector Buchanan (who quite literally does the least possible policing in the movie) and a wonderful Yves Brainville (The Crucible, Crack In The Mirror) as a Moroccan authority who finds the McKenna’s story of their encounter with Louis Bernard a touch too fanciful for his liking. 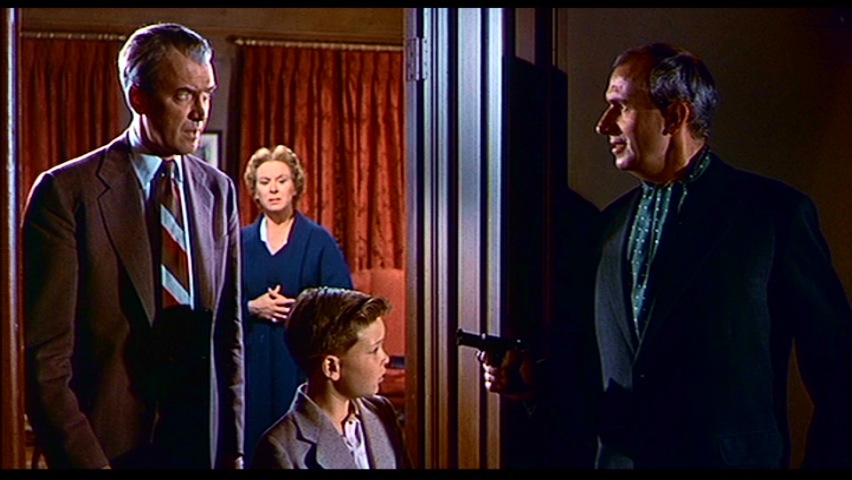 Although stock footage and rear-projection of Morocco was used, and a lot of location photography in and around London, a large portion of The Man Who Knew Too Much was shot on sound-stages (as was Hollywood’s wont back in the day). The feeling of not-quite-there pervades the film, despite the best efforts of cinematographer Robert Burks (who shot both The Birds and Marnie, as well as numerous others, for Hitchcock prior to this film) and I found my eye drawn less to the story and characters and more to the design of the film overall. It’s a pleasant and well-constructed film in terms of design, the sets all pretty bland (save for the Moroccan restaurant sequence, which looks like a lot of fun) and the wood-and-plasterboard construction often looking weak or ill-fitting. The location shooting inside London’s Albert Hall, for the film’s famous concert climax, is qualified but – and I can’t believe I’m about to say this – actually makes Albert Hall look like shit, while the lighting on many of the film’s interior scenes feels anaemic. Matte paintings fill out a lot of the London settings for many of the film’s second half, particularly in and around a small church at one point, and in this instance I found the shots particularly engaging. If only the story was worth all that effort. 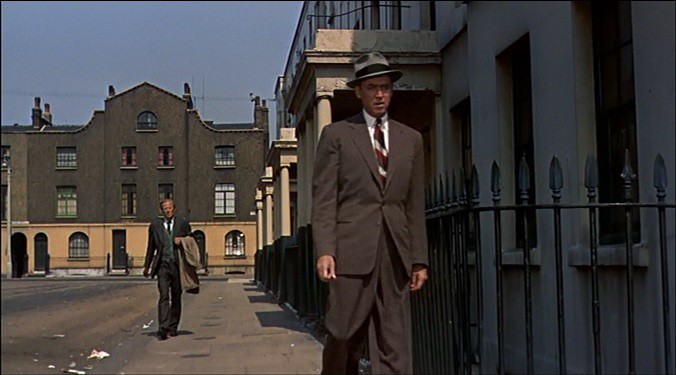 The Man Who Knew Too Much is a pleasantly diverting middle-range Hitchcock film with some minor moments of recognition but a slew of meandering, indifferent storytelling around them. Stewart and Day make for an engaging if entirely asexual couple, and Hitch’s proclivity for seeing something in every small corner of the frame, for applying the blowtorch of tension and intrigue with a measured hand, feels out of kilter here. Still, it’s a fairly nice way to while away an hour or so with two of Hollywood’s most recognizable stars, and while the film doesn’t stretch them performatively at least they seem to be getting a kick of our working with the master director.