King of Geek filmmaker Kevin Smith has long straddled the divide between popular and serious cinema with his projects ever since his breakout film Clerks. Long associated with stoner comedies (Mallrats) and comic-book nerdery (Dogma and Jay & Silent Bob Strike Back), Smith has often dabbled with more mainstream fare (Jersey Girl, Cop Out, Red State) with limited commercial success, but at no point has the dude ever sold out or stepped away from his roots. To that end, he remains quite the loved figure in geek culture, which goes a long way to explaining how he sold a pitch for another film starring his legendary drug-addled duo Jay (Jason Mewes) and Silent Bob (Smith himself), and got it made. Part comedy, part commentary on modern comic-book culture, and part family affair, Jay & Silent Bob Reboot is a fun, frantic project with mainlined Smith scripting, a litany of cool celebrity cameos, and nostalgically rebukes the passing of time on the erstwhile director’s life outlook since his real-world heart-attack. 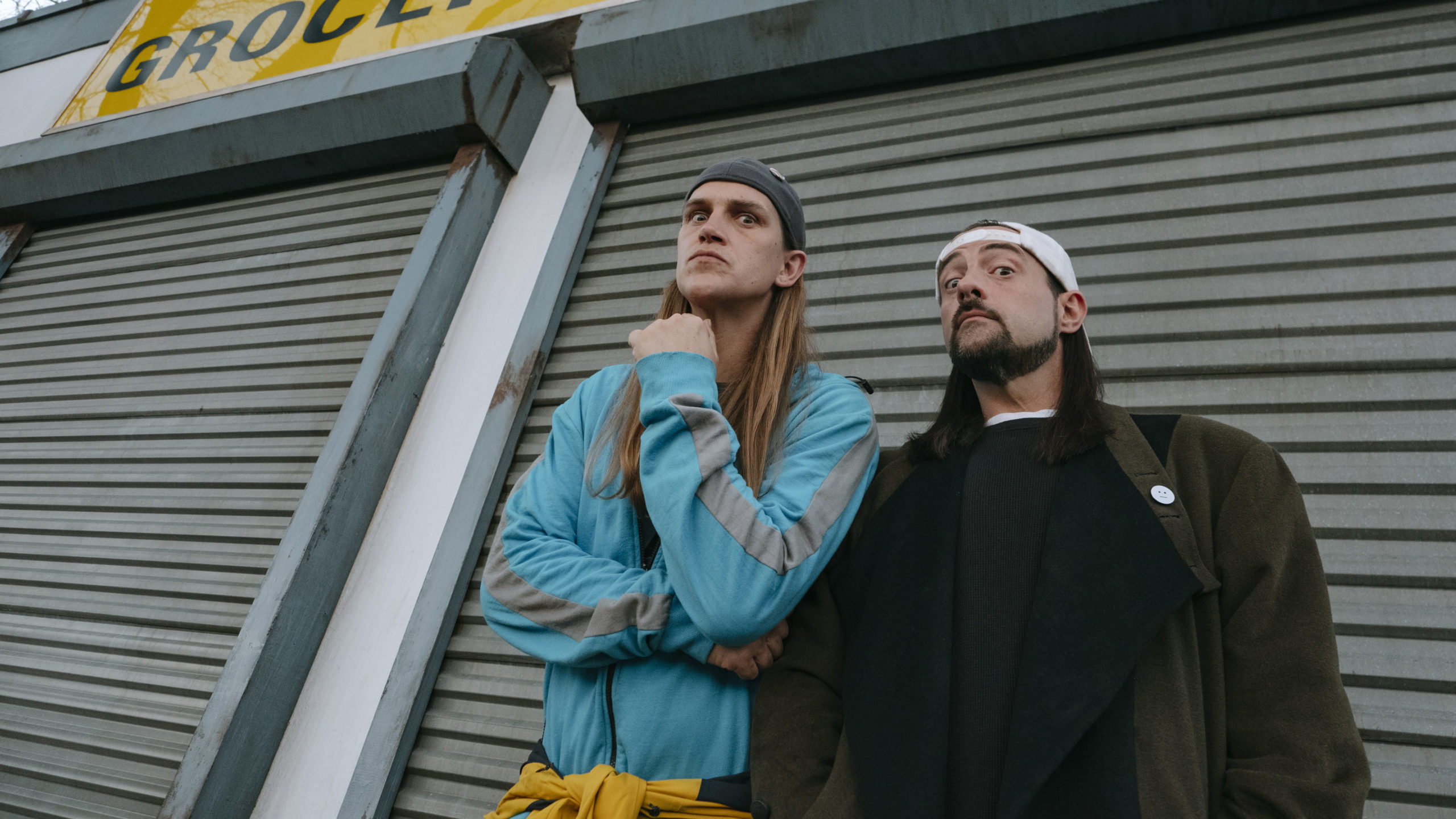 Perennial stoners Jay (Mewes) and Silent Bob (Smith) lose a court case for the rights to their comic book creations Bluntman and Chronic, incredibly signing away the rights to their own names. In order to rectify the situation, they decide to make a cross-country trip to fan convention Chronic-con in Hollywood, to stop production of the film and take back their identities. Along the way they meet up with old friend Brodie (Jason Lee), Jay’s former girlfriend Justice Faulken (Shannon Elizabeth), and Justice’s daughter Millennium (aka Milly, played by Smith’s real-life daughter Harley Quinn Smith) and her friends Jihad (Aparna Brielle) and Shan Yu (Alice Wen), before falling foul of the famous Hollywood director Kevin Smith (Smith, in a dual role…) and a diligent security guard (Dietrich Bader). 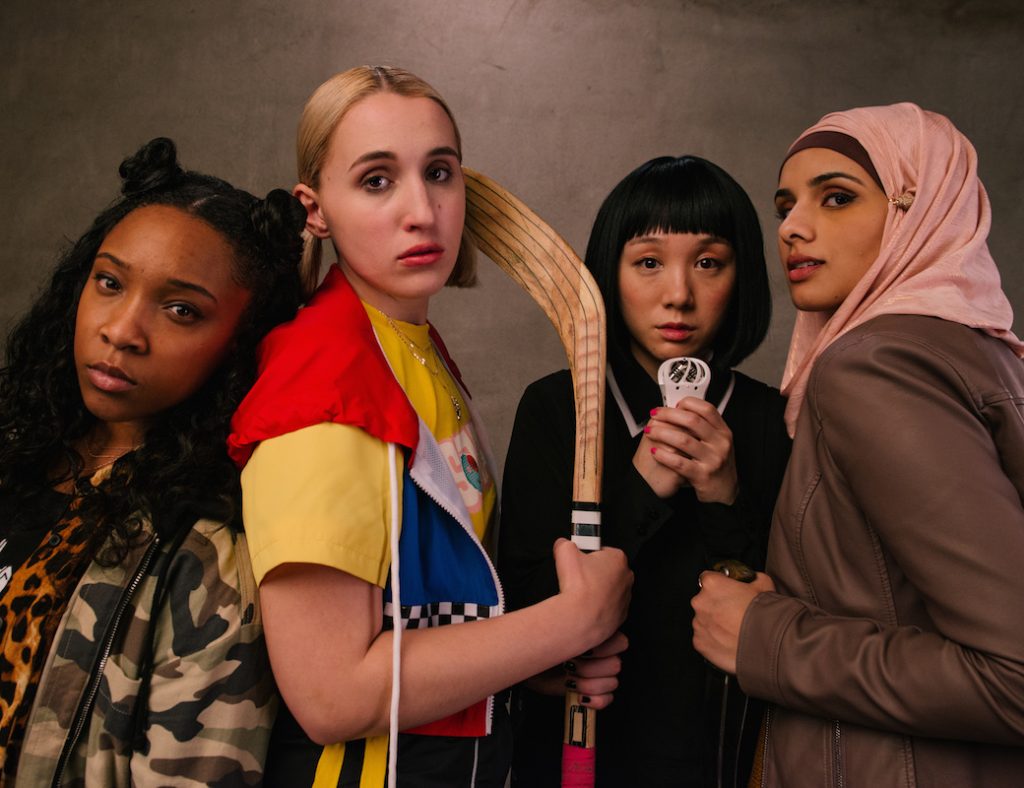 Jay & Silent Bob Reboot is an avalanche of in-jokes, pop-culture references, celebrity gag cameos (particularly a hologram Chris Hemsworth), meta-references to Smith entire filmography (thanks, Ben Affleck and Joey Lauren Adams) in some form (even Cop Out gets a blowtorch), and warm-hearted family sub-plotting that hits a touch harder than I expected. It’s inherently a comedy, but such is Smith’s subtlety with writing he easily navigates both the buffoonish slapstick of the great comedies and the nuanced verbal wit of classic British studio films with ease, parlaying his stature as one of geekdoms preeminent creative voices into both a love-letter to, and a diatribe against, modern pop-culture sensibilities and crass commercialism. The plot is entirely a nonsense, with the inexplicably silly opening court sequence, in which Justin Long plays a smarmy defence lawyer, offering the loosest of all possible loose inciting incidents to set in motion the events of the film. 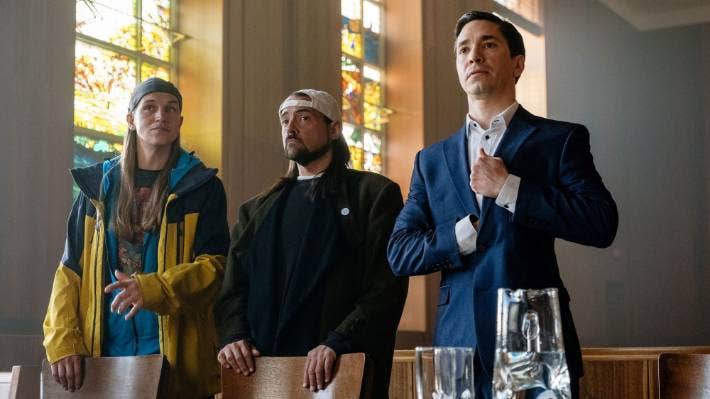 Coupled with Smith’s hodgepodge set-piece scripting and the film’s gratuitous cameo count, Jay & Silent Bob Reboot functions more as a sketch comedy in which Jason Mewes has far more screen time and character arc than he’s ever been previously afforded; in a surprise to all, Mewes isn’t actually that bad, elevating the juvenile material about fatherhood and abandonment into something resembling at least a somewhat authentic manifestation of Smith’s paternal fetishization for including his own daughter as one of the movie’s leads. Harley Quinn Smith is a good sport for riding her dad’s coattails into the movie industry like this, her portrayal of the embittered Milly (arguably the film’s best gag, that name) among the main highlights of the grab-bag casting here. Smith’s real-life wife Jennifer also pops up as a cameo alongside Kate Miccuci, Fred Armisen has a blast as the weird “Merkin” Merkinski, a terrible Uber driver, while the likes of Molly Shannon, Rosario Dawson, Dan Fogler, Melissa Benoist, Val Kilmer and David Dastmalchian (among many, many others) have scene-stealing moments peppered throughout. 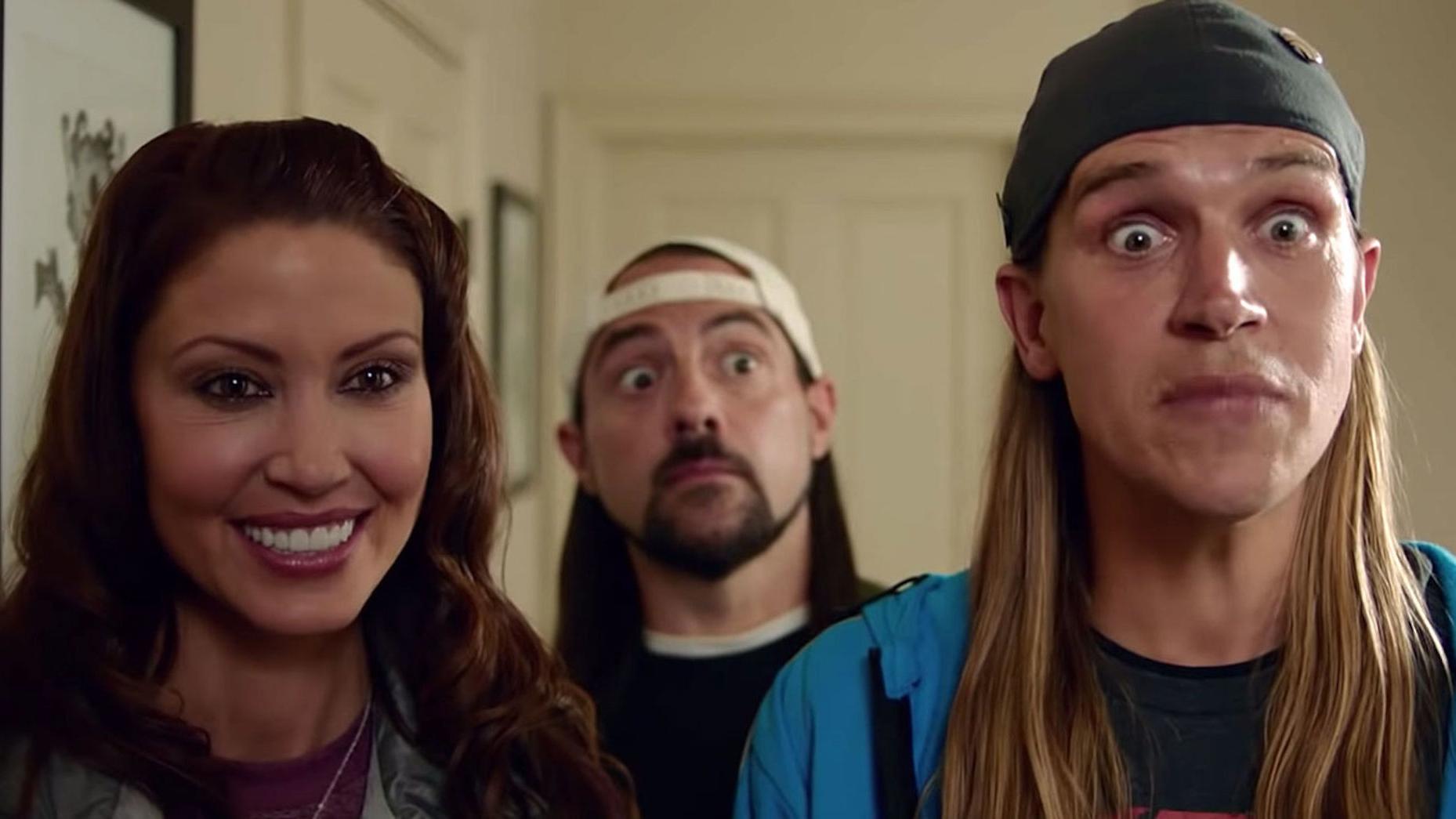 As with most of his material, Smith never plays it downbeat, opting instead for a dashing, ripe pace and upbeat sensibility that refuses to talk down to the audience despite some on-the-nose emotional beats late in the film. To his credit, Smith seems to do best playing the eternal optimist, a glass-half-full director who knows how to draw a laugh – the film has a Naked Gun-esque scattergun approach to comedy, with most gags landing solidly and only a few never quite working – and Jay & Silent Bob Reboot offers this showcase in full flight. I guess when your central premise is as preposterous as this, and your two leads are a mouthy too-old stoner and his verbally castrated hetero life mate, there’s no point trying to hide behind snark and smarm, and Smith, wisely, jabs plenty of self-referential old-age jokes into the dialogue to ensure the audience knows as well as he does how silly it all seems.

Kevin Smith’s Jay & Silent Bob Reboot is a silly, lightweight soufflé of a film; a corny, juvenile drug-fuelled odyssey across the country delivers exactly what you might expect from a self-proclaimed auteur like Smith but the crass insanity and general likeableness of all the players here is what keeps this farce from crumbling. A director plays to his strengths more often than not, and while you’d never consider Reboot to be a risk for a filmmaker of Smith’s geek credibility, his return to strip-mine old glories has definitely paid off here. I laughed a lot, had a great time, and found myself reminiscing about some of Smith’s older films, films I haven’t seen in a very long time. Maybe that was the point.