With the success of 2001’s Legally Blonde seemingly catching everyone by surprise, MGM quickly place a sequel into turnaround and, despite only a few of the original cast retuning in any significant capacity, landed Legally Blonde 2: Red, White & Blonde in cinemas only 2 years later. Served on a platform of rah-rah American patriotic political fervour (the film alludes to arguably the greatest Washington DC-set film ever made, Mr Smith Goes To Washington, almost continually), this sequel never feels as fresh of interesting as its progenitor, content to recycle the same plot, fill in gaps with often dreadful gags, and place in Elle’s way a number of absurd and silly characters and story twists that just induce eye-rolls and cringe than they do laughter. Honestly, the film becomes quite tiresome surprisingly quickly, making you wish the first film had been a one-and-done rather than the first in an ongoing saga. 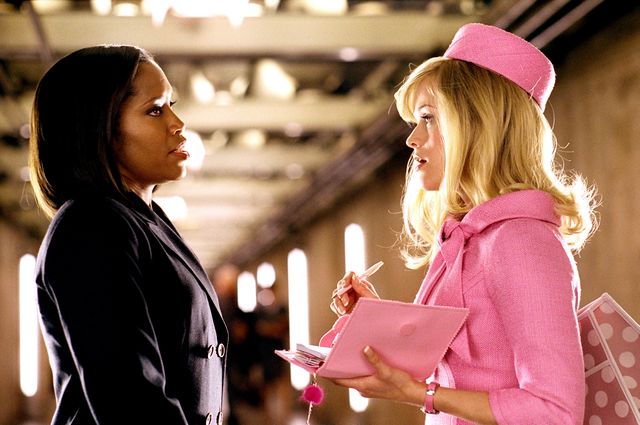 Elle Woods (Reese Witherspoon) is busy planning her wedding to lawyer husband Emmett (Luke Wilson), but before she does she wants to locate her pet dog Bruiser’s long lost mother. Using a private detective and genetics, she located the absent canine in a laboratory where makeup is tested on animals; unable to rescue the gaggle of pooches within, Elle discovers her only hope is to go to Washington DC and get a Bill passed that will outlaw such practises. There she meets Congresswoman Victoria Rudd (Sally Field) and her assistant Grace (Regina King), befriends hotel doorman Sid (Bob Newhart), and comes to know another politician in Stan Marks (Bruce McGill), whose own love of dogs prompts him to join Elle’s cause. Racing against the political clock, Elle and her small band of determined dog lovers try to push through Bruiser’s Bill and hopefully put a ban on animal testing into law. 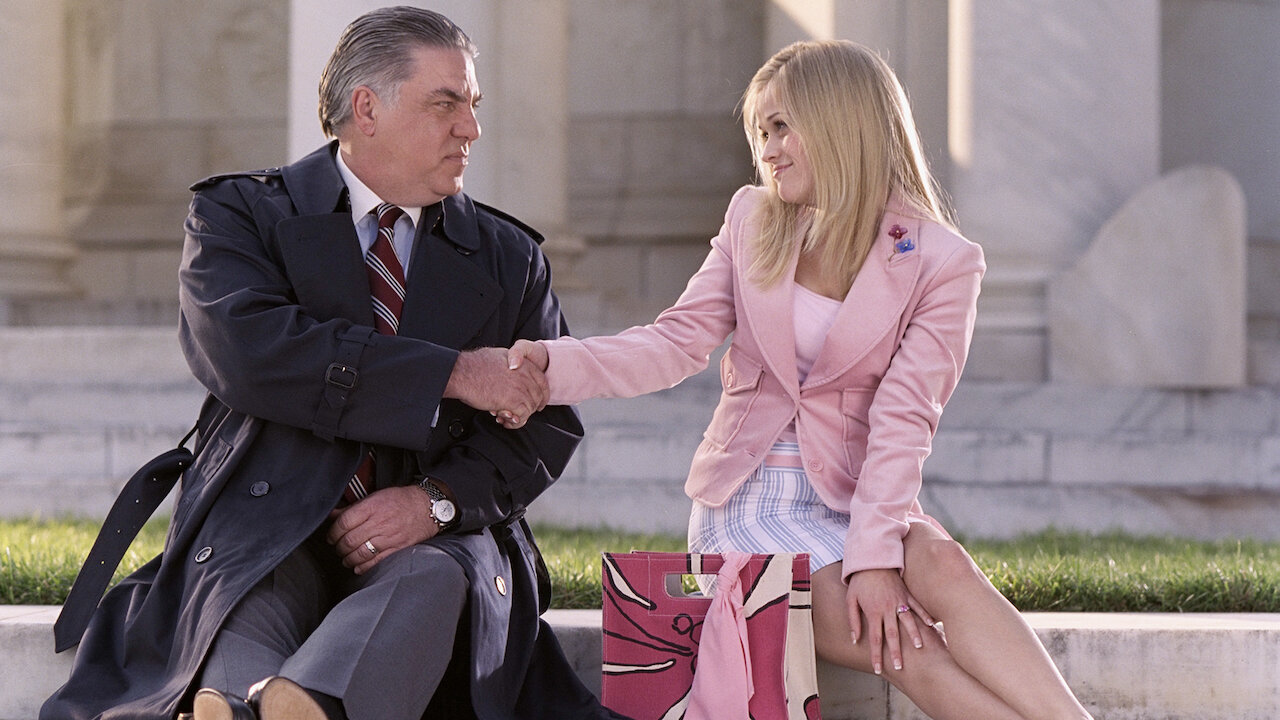 While Legally Blonde was a warm, inviting, smartly written and deftly balance original, Legally Blonde 2 is a cheap, cynical cash-grab that besmirches the name of Elle Woods and takes a steaming dog dump on the audience. Trite, stupid plotting and asinine motivations make this politically charged “comedy” less a laugh-fest or insta-classic like the original, instead offering dull jokes, cynical patriotism and cruel fantasy to make its point, and aside from Witherspoon sailing through it all like the class act she is, this film is a bonafide disaster. With Robert Luketic abandoning the director’s chair to take on other projects, indie darling Charles Herman-Wurmfeld (Kissing Jessica Stein) was brought aboard to helm this rushed-into-production effort, and it feels so familiar and so diluted you can almost smell the undried typewriter ink from the hastily scribed screenplay even now. Kate Kondell’s script is a snarky rehash of the original, placing fish-out-of-water Elle into yet another out-of-her-league environment in the hallowed halls of America’s political system, throwing difficult and insolent supporting characters in her way and asking us to believe a woman wearing so much pink would even be allowed to step foot inside the US Capitol. Sally Field’s role is to thwart Elle’s Bill passing through congress, Bob Newhart’s schtick remains a highlight, while Bruce McGill, Regina King and Dana Ivey all screech through dislikeable and hackneyed character tropes so bad, they make the dog playing Bruiser seem like a canine Marlon Brando. 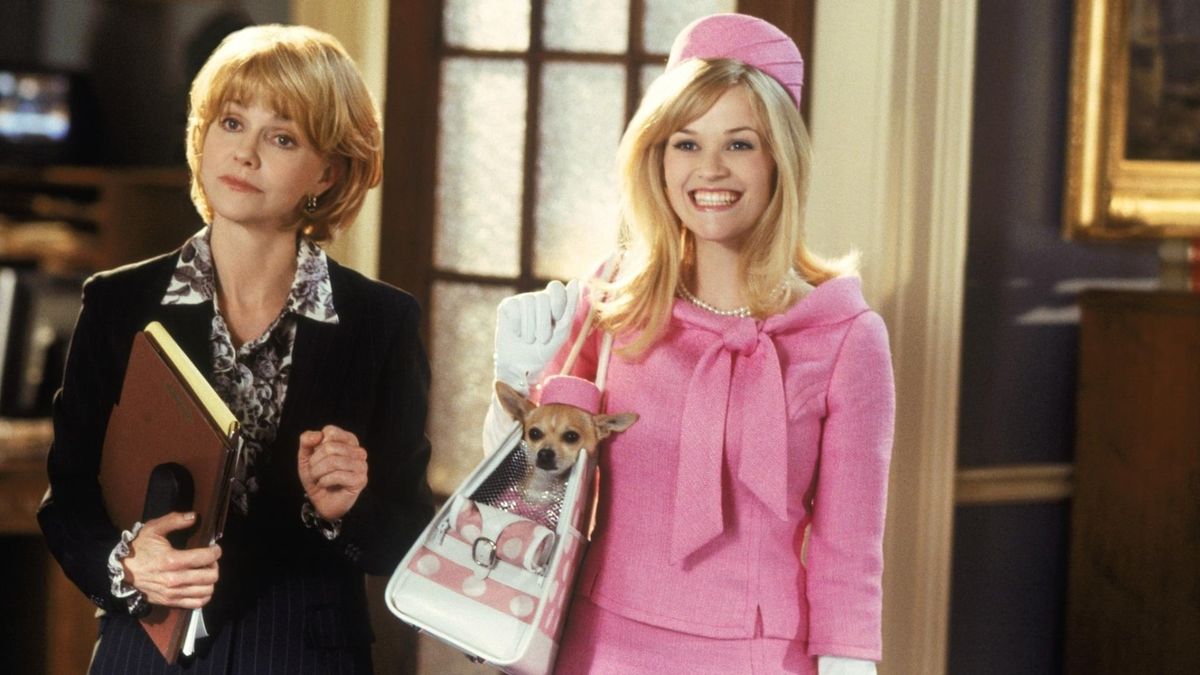 Honestly, the film’s icky sense of repetition and risk-averse sermonising on The Cruelty To Animals sticks in my craw; it’s obvious Withserspoon had a hand in the character’s arc from law prodigy to political heavyweight being as profoundly up front as it is, although this script and Herman-Wurmfeld’s clunky direction (not to mention the sheer audacity to assume this is how American laws are actually made) rankle the nose and make one long for the days when Elle was back lusting after her douchey ex-near-fiancée. Witherspoon does her best, reprising the role that made her a household name and brand-aware feminist icon, but even she seems to teeter on the abyss of sacrificing character truth for simplistic moralising and a dishonest tone with the viewer. Sally Field owns every scene she’s in, even the terrible ones, Regina King is an absolute class act salvaging a lot with her terribly written character, and Bruce McGill would have surprised nobody had he snagged a Golden Raspberry for supporting actor that year, but it’s the blathering Jennifer Coolidge and shrill Jessica Cauffiel and Alanna Ubach who do a lot of disservice here: their characters matter not one jot, and yet they take up a considerable position in the film. Sadly, Coolidge’s Paulette is merely a lifeless retread from the first film, while the actresses playing Elle’s sorority sister BFF’s are cringey within this alternative environment. A staircase cheerleader sequence is among cinema’s most churning visual travesties and is in now way amusing to anyone. 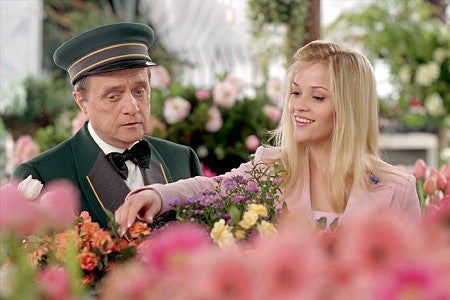 Gone is the warmth and soul of the first film, replaced instead with an overly cynical grab for pop-culture cash in this sequel, lacking the gentle nature and good-heartedness Luketic’s entry managed. Witherspoon still shines but the tarnish is thick on the franchise only in its second film, which only goes to prove that Legally Blonde really was lightning in a bottle captured at just the right moment. Dollar signs might have been in the producers eyes when MGM gave the green light, but a silly plot, risible character motivations and a preachy, obnoxiously obvious message about animal welfare make Legally Blonde 2 an absolute chore to sit through.