By-the-numbers disaster spectacle works more often than it doesn’t, following the rote, generic formula of the genre to the absolute Nth degree, as Sylvester Stallone makes peace with his role as the right-place-right-time former New York City tunnel expert caught up when an explosion causes both ends of an underwater highway to collapse, trapping a clutch of disparate characters beneath a hundred feet of concrete and drowning. Directed by Rob Cohen, who would go on to wreak havoc on the streets of LA with The Fast & The Furious a few years later, Daylight is practical effects big-budget Hollywood fare that might sit comfortably inside the so-stupid-it’s-preposterous wheelhouse but if you turn up the volume and ignore the patently asinine script (and several hideous lead performances) you’ll have just a good enough time not to notice your asshole clench the next time you drive through a tunnel. 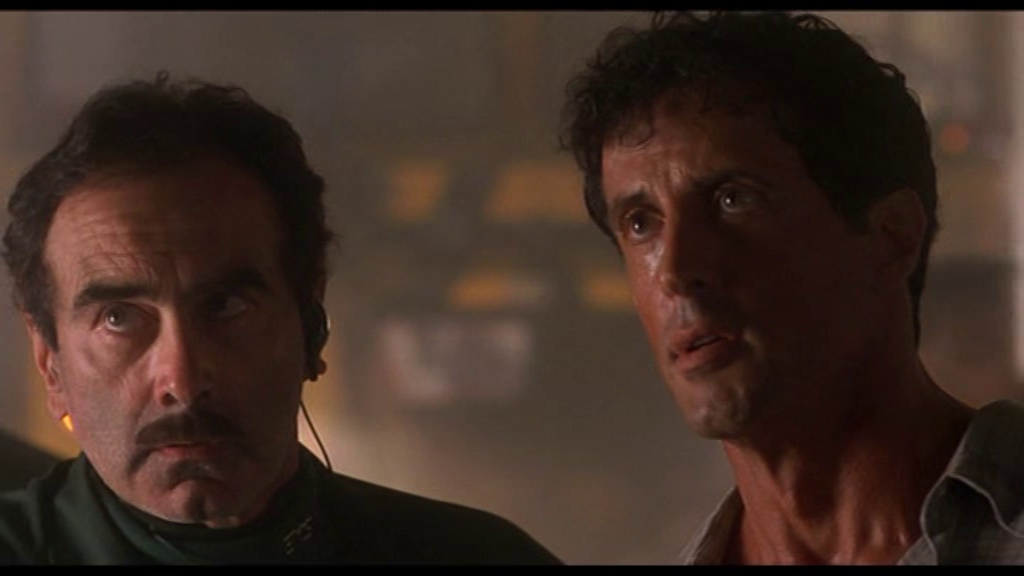 One dingy night in New York City, and a parade of commuters are heading through the tunnel between Manhattan and New Jersey, when a car driven by a trio of hapless thieves collides with several trucks transporting highly flammable toxic waste. The resultant explosion rips through the tunnel, collapsing both ends and killing hundreds. Trapped, a bunch of survivors, including tunnel security guard George (Stan Shaw), the Crighton family (Jay O Sanders, Karen Young and Danielle Harris), elderly couple Eleanor and Roger Trilling (Claire Bloom and Colin Fox, respectively), and a trio of escaped convicts (Stallone’s real-life son, Sage, as well as Marcello Thedford and Trina McGee), and struggling playwright Madelyne Thompson (Amy Brenneman) must look to survival expert Kit Latura (Stallone), who descend to the depths to perform a miraculous rescue. Getting in the way is both obnoxious millionaire advenutre-playboy Roy Nord (Viggo Mortensen), who sees the entrapment as an opportunity to raise his already famous brand to even further heights by surviving against all odds, and rapidly rising floodwaters and a lack of oxygen, all of which form hurdles the rest of the survivors must leap to make their way to safety. 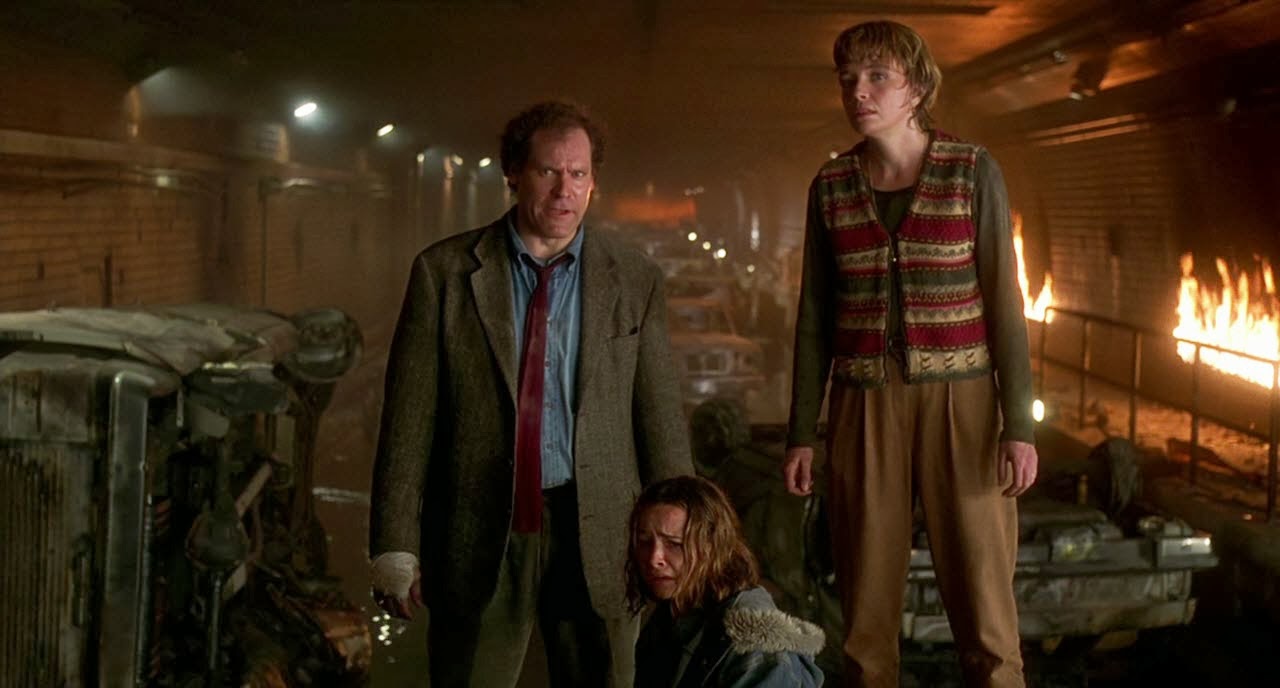 The mid-90’s were a great time to be a disaster film fan; the spectacular success of Independence Day paved the way for a glut of similarly preposterous effects-driven blockbusters, including duelling asteroid movies in Deep Impact and Armageddon, volcanic terror with Dante’s Peak and the Tommy Lee Jones-led Volcano, the wind-swept Twister, and fiery Backdraft. Daylight saw Stallone cash-in on the trend, with journeyman director Rob Cohen leading an ill-fitting ensemble through hell and back in the name of whiteknuckle thrills and last-gasp excitement. Screenwriter Leslie Bohem, better known as the writer on horror classics such as A Nightmare On Elm Street 5 and Jason Goes To Hell: The Final Friday, grafts hoary disaster epic tropes on top of well-trod cliches in this high-hokum search for cinematic verisimilitude, and although the film’s sheer stupidity at times threatens to overwhelm (or rather, underwhelm) the audience, Cohen’s dynamic sense of theatricality and the cast’s plucky resolve make for enthusiastic, if not always believable, viewing. 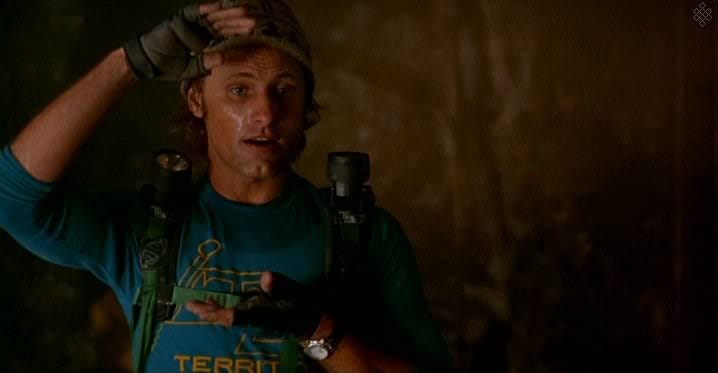 Daylight waste’s no time in getting to the point: it sets up the various characters we’re about to follow and shows us their relationships as a hegemony of human experience, with all the love, grief, despair, anger and hubris exemplified by dot-point screenwriting backed by solid, well financed visual effects. The film’s centerpiece moment, with the tunnel’s destruction and the swift decimation of countless denizens trapped in their vehicles roasting alive, is genuinely terrifying for its sense of realism and scale; little wonder I’m always a little hesitant about underwater roadways and the potential for catastrophe within. Once the flames and dust subside, and the threat of flooding and imminent suffocation – nay, collapse and concrete death – starts to loom large on the horizon, Daylight becomes quite literally the stupidest and most preposterously designed obstacle course in human history, as Stallone, enabled by a willing tunnel maintenance team of assistants who can’t be arsed going along with him, delves deep into the crumbling infrastructure to try and save those who have survived. Stallone’s role is simply to be the muscular alpha male of the movie, and he achieves this without a single piece of genuine effort, while co-star Amy Brenneman (Judging Amy) offers thinly developed strong femininity and a vague romantic angle (that, blessedly, never develops), and the appearance of Viggo Mortensen as an arrogant, self-absorbed adventurist provides a small bit of grit in the gears of the film’s overall lack of genuine villainy. 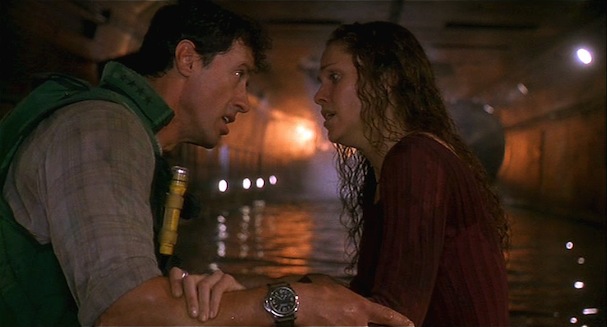 The ensemble within Daylight are poorly served by the screenplay, with characters being little more than robotic, breathing plot devices to move along exposition and dramatic urgency. Which of the characters inhabiting this under-tunnel terror will make it out the other end is the big question, and as you might expect from a film like this, it’s a grab-bag of indifference over who does or doesn’t. Shallow character development can’t elevate the histrionic (and at times grating) behaviour of our desperate survivors, with Jay O Sanders coming in for a particularly unlikeable turn as the father looking out for his wife and daughter, emasculated by the rising flood and sheer powerlessness of the scenario. Dan Hedaya has a nice twitchy turn as one of Kit’s former teammates, Vanessa Bell Calloway is somewhat wooden as Grace, the romantic interest of Stan Shaw’s lovably earnest George. Colin Fox has several heartbreaking moments as the elderly George, who you just know isn’t going to make it due to his age, while Renoly Santiago and Sage Stallone seem to be having fun as a couple of juvenile delinquents despite not being able to act naturally at all. 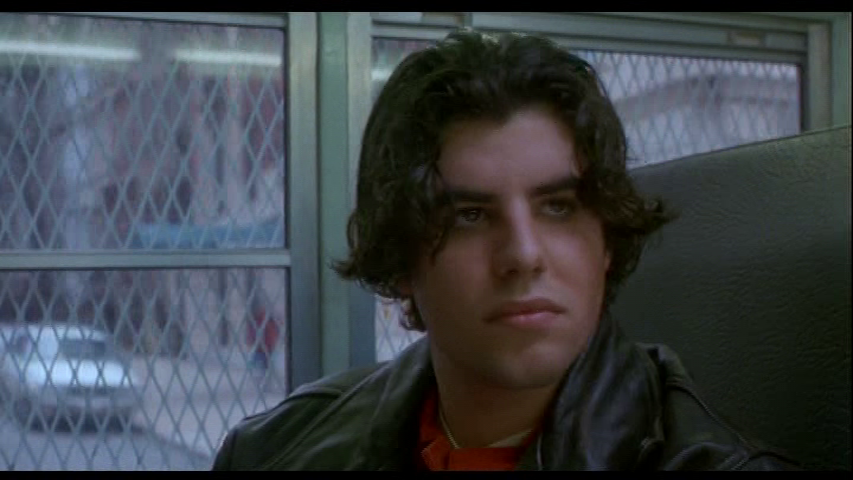 Of course, Daylight thrives on convenience and complicit plot mechanics to drive the story along. That Stallone’s Kit Latura just happens to be driving past the tunnel at the exact time it collapses, and that he’s an expert in said tunnel despite a mysteriously dark backstory involving Hedaya’s character’s brother, is among the largest of the film’s preposterous statements, as is the continued mouth-agape sense that inevitable collapse won’t mitigate how eye-wateringly terrible the dialogue is. And it is terrible, with characters forced to endure interminable minutes of descriptive exposition to engage the audience. Thankfully, Rob Cohen’s direction of action and Peter Amundson’s editing is such that the brisk pace tends to overcome the shortcomings of creative malaise in the writing; Cohen’s film is truly dynamic with its depiction of localised destruction and the 90’s practical effects – achieved similarly to that of Roland Emmerich’s city-torching ID4 attacks – still hold up as rather remarkable for their realism. Truth be told, if there is any CG in this  movie, I must have missed it; well done to the production crew for pulling off the whole tunnel sequences as in-camera as possible. A few moments of obvious matte work and green screen don’t ruin what is generally a pleasingly visceral visual experience. 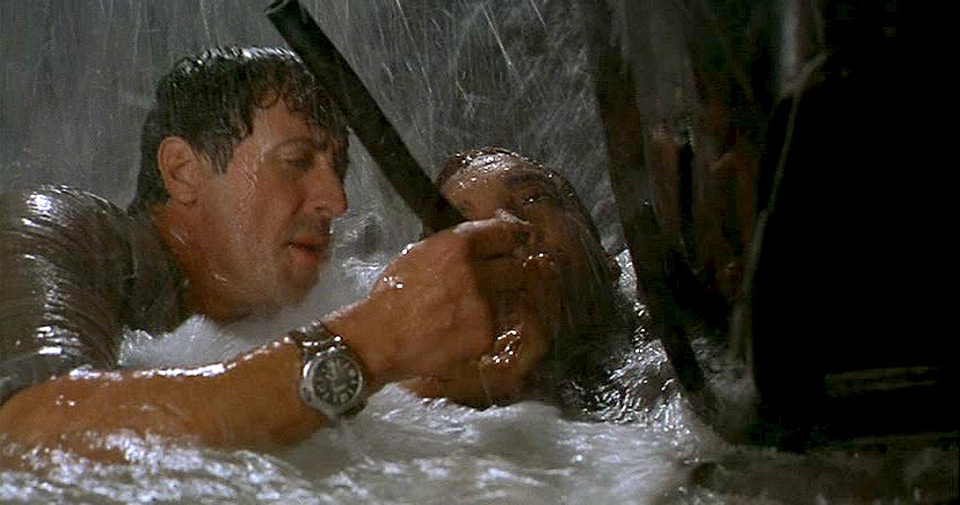 When it focuses on the destruction and ticking-clock tension, Daylight absolutely works well. When the film spends one iota of time trying to flex character development into this cluster of blank-slate characters, things grind to a flaming, waterlogged halt, but with Stallone’s mumble-mouthed delivery and Cohen’s dynamic framing and pacing, the movie kicks all kinds of ass regardless. Not the smartest genre film you’ll see in your life, but it has enough working in its favour to recommend it despite several gaping issues.