In another time, there’s every chance Antoine Fuqua’s sci-fi actioner Infinite would have been a barnstorming genre classic. That time would have been midway through the 1990’s, and it would have been John Woo, Simon West or Michael Bay directing the hell out of it; sadly, though, Infinite was released in 2021, which means that everything stupid and inane about this movie works against it, not for. Make no mistake, Infinite is eminently ridiculous and more than occasionally stupid, despite the input of a working-above-his-pay-grade Chiwetel Ejiofor and a continually bland-as-butter Mark Wahlberg, but between the dire exposition and clunky, hamfisted action sequences and demonstrable sense of familiarity, there’s just enough to ensure Infinite has some entertainment value enough to salvage a bit from the car-wreck trashpile it turns into in the final act.

Synopsis courtesy Wikipedia: Evan McCauley (Mark Wahlberg) possesses skills he has never learned and memories of places he has never visited which haunt his daily life. Self-medicated and on the brink of a mental breakdown, Evan is sought by a secret group that call themselves “Infinites,” revealing to him that his memories may be real–but they are from multiple past lives. The group known as the Believers bring Evan into their extraordinary world, where a gifted few are given the ability to be reborn with their memories and knowledge accumulated over centuries. With critical secrets buried in his past, Evan must work with the Infinites to unlock the answers in his memories in a race against time to save humanity from the Nihilists, led by  Bathurst (Chiwetel Ejiofor) who seeks to end all life to stop what he views as the cursed, endless cycle of reincarnation. 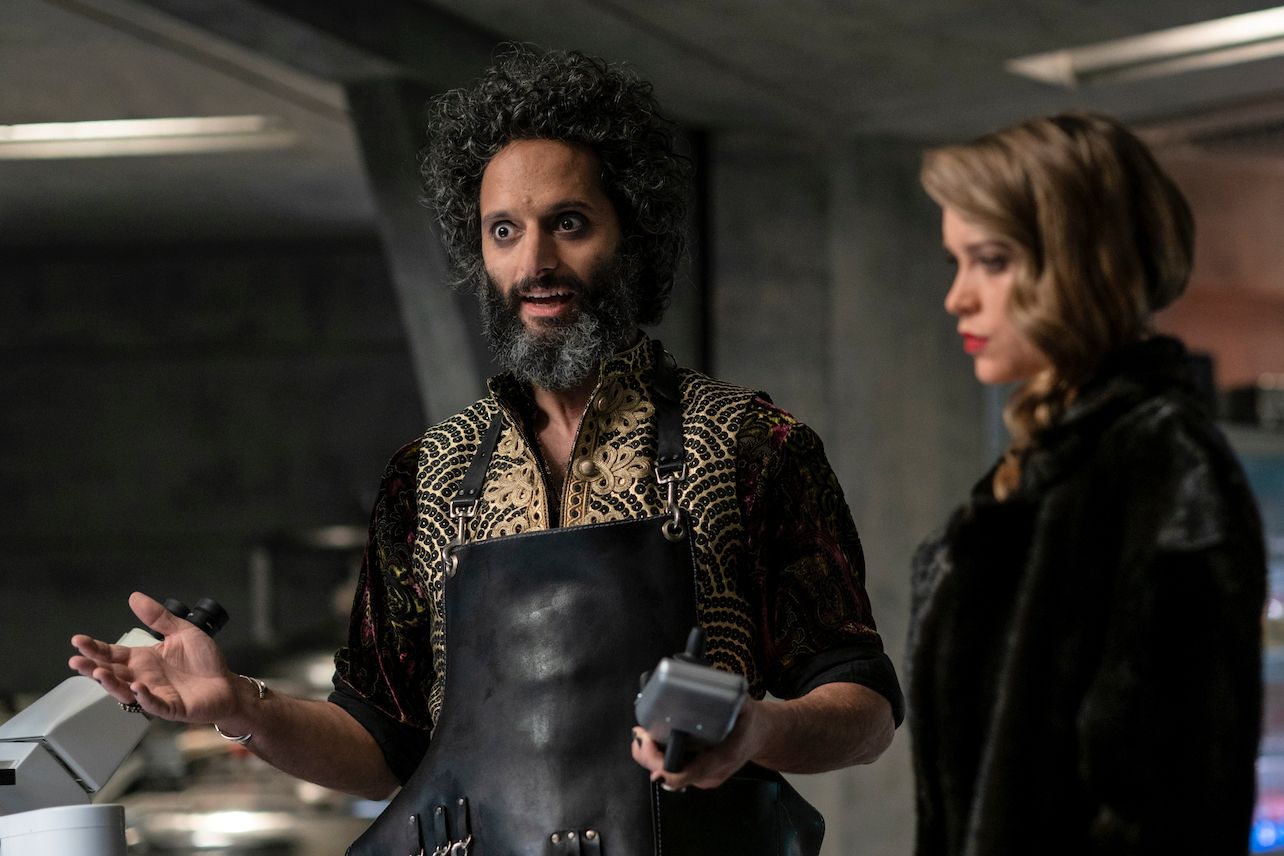 Infinite purports to be a big, dumb action film and to most casual fans it’ll likely fulfil specific needs. Led by Mar Wahlberg in snappy one-liner style, alongside Chiwetel Ejiofor as the central villain, the film delivers what might otherwise be described as rousing, jaw-dropping action alongside perplexingly asinine action sequences – notably a number of car chases, particularly the opening scene that borrows liberally from the likes of Angelina Jolie’s Wanted and the Wachowski’s Speed Racer – Infinite barrels along at a rapid paced despite trying far too hard to please everyone, consequently pleasing almost nobody. The film’s premise is intriguing at the very least, and the film’s world-building works for the most part in spite of Ian Shorr’s execrable screenplay. It’s an overstuffed film, a film of a hundred ideas with no possible way of dealing with any of them with any assured way. The world of the Infinites is split between the Believers and the Nihilists, offering contrasting viewpoints within the context of said reincarnation narrative, although Shorr spends a good portion of the film’s quite brief running time deftly avoiding “big picture” examinations of life after death rather than embracing it, afraid to really dig deeper into the ramifications of Wahlberg’s revelatory arc with any nuance, shamefully detouring into generic action set-pieces and blurry, half-asses stunt pieces when the film’s slipping-away mythology has far more interest than we’re given on the screen. 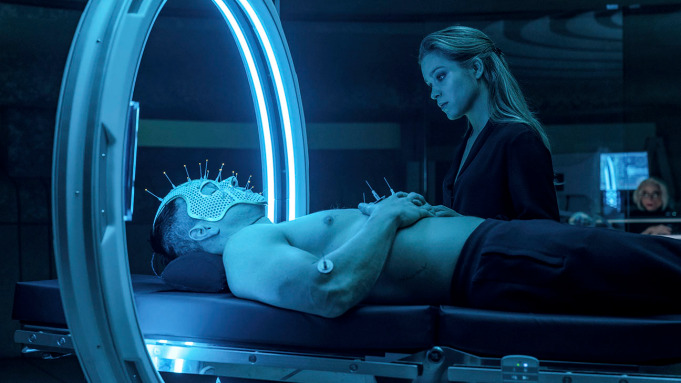 When the film isn’t fumbling the wider implications of the premise, the cast aren’t exactly doing us solid service either. Ejiofor aside, Wahlberg and co-stars Sophie Cookson, Jason Mantzoukas and Johannes Haukur Johannesson offer scant development as the Believers, whilst flashback sequences involving Dylan O’Brien, as McCauley’s past-life iteration Heinrich Tradway, and Rupert Friend as Bathurst from 1985, have the gravity-defying thrills of bombastic car chases and fight sequences redolent with modern slickness and increasingly banal tension. Mantzoukas has the most fun as the hirsute Artisan, the one who eventually brings Wahlberg’s character into full knowledge of his past and powers, while a promising turn from Toby Jones is regrettably short lived and entirely a paycheck for the normally terrific British thespian. Partially salvaging Infinite from complete redundancy is Chiwetel Ejiofor, who brings considerable weight to his role of the central antagonist in a manner befitting his skills. Bathurst is a completely compelling villain, his motivations and reasoning entirely understandable within the context of the film, and Ejiofor makes the most of what could have been a totally cheesy teeth-gnashing role and actually legitimising it. Sadly, he’s overburdened by salvaging the film entirely, what with Wahlberg once  more breathlessly outclassed by his on-screen allies even when they’re lumbered with dialogue to leaden, so wooden and so trite, you might strain an eyeball rolling them too hard. 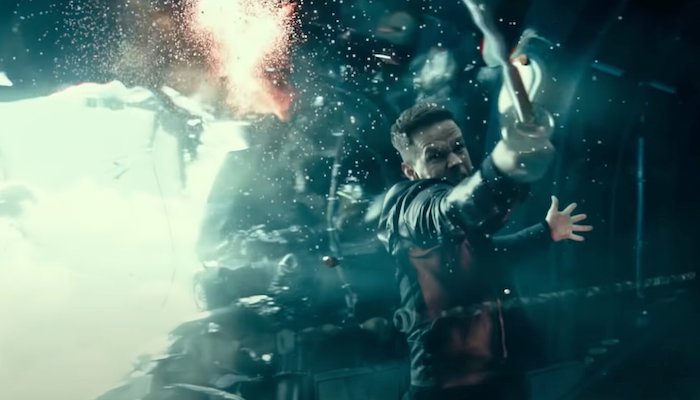 Look, I won’t say Fuqua doesn’t turn in serviceable work behind the camera. The film has some moments of pleasant thrills and a general evocative style bordering on enthralling. Sadly, these moments are encumbered by a sense of improbability and imbecilic plotting. The stunts are generic, borderline hiss-worthy bad, especially the generic climactic cargo-plane ticking-clock sequence that ends the film, complete with frustratingly bad green-screen backgrounds and blurry camerawork hiding deficiencies in production. You get the sense that Fuqua’s showmanship couldn’t quite overcome the deficits inherent in the script, unable – or unwilling? – to inject even a modicum of reverence or awe, or excitement into what quickly degenerates into a film so bereft of sense of reason you either lament your time wasted or you just give up and go with it. Me? I lamented, oh how I lamented. Fuqua is no stranger to Wahlberg’s charms, having worked with each other before on Shooter, and the man knows how to deliver an action sequence, the journeyman showcasing his talents with the likes of The Equalizer, Southpaw, The Magnificent Seven, and his debut feature effort in The Replacement Killers. Troublingly, Fuqua’s grounded sensibility is entirely absent in Infinite, mixing live-action stunts with an abundance of shoddy green-screen CG footage as jarring as it is puerile. It’s a sad comedown for the dude who put Gerard Butler inside the White House and Denzel Washington into fist-throwing vigilante mode. 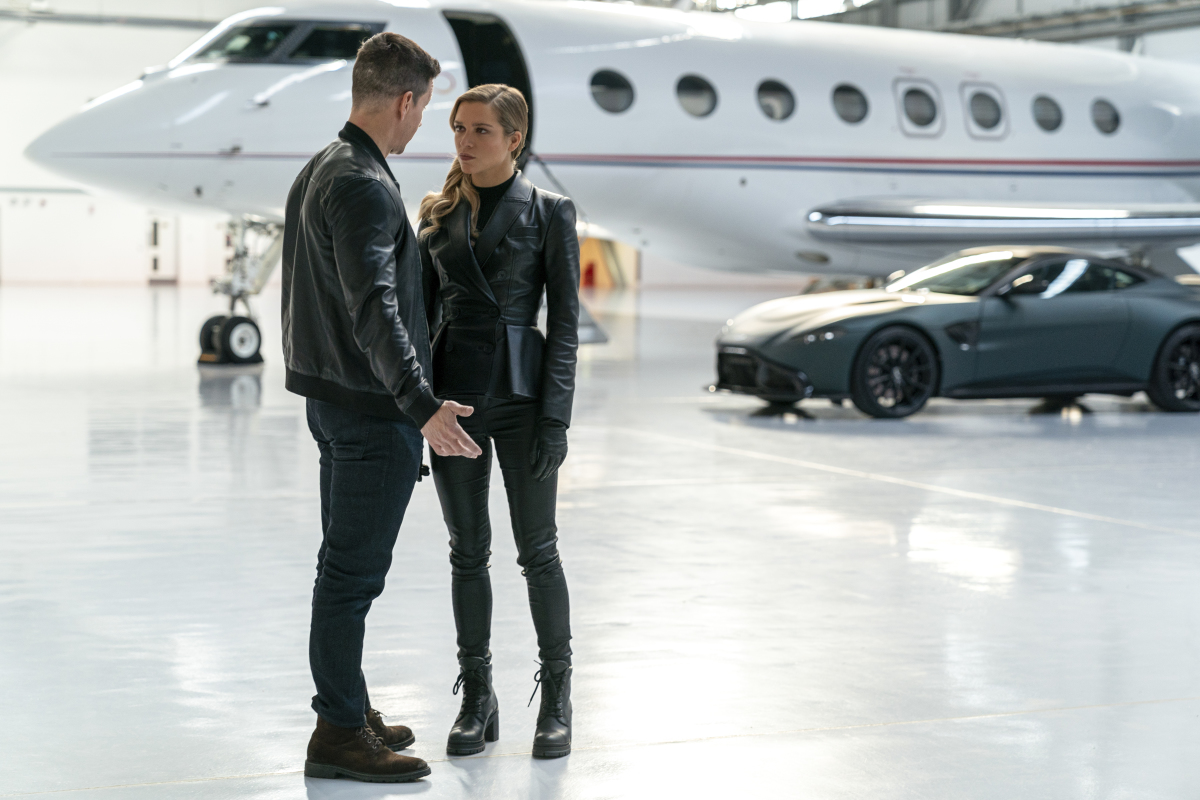 Infinite is a good idea wasted by terrible scripting and, almost without exception, terrible performances and production. Cool action sequences cannot salvage the ever-present sense of silliness and familiarity found within Infinite’s brassy yet indifferent entertainment mandate, with Wahlberg trying to joke his way through what is, in effect, quite the asinine sci-fi movie delivering nothing to audiences but a cheap, 90’s-era sensibility that, for all its screwball preposterousness, fails utterly. Had the film come along thirty years ago it might have been quite the unbelievable classic a la equal to the likes of Face Off or Con Air, but Wahlberg ain’t Nic Cage and Fuqua ain’t John Woo – no matter how much he tries to ape the great Chinese director here. Infinite only lasts a short time, and it’s a time we can all be thankful for in its brevity.