Generic 90’s action flicks don’t come cheesier than Van Damme’s Maximum Risk, the second of three films to-date in which he plays his own doppelganger – the other two being 1991’s Double Impact, and the lesser known Replicant, from 2001 – and alongside model-slash-actress Natasha Henstridge the film kicks all kinds of gloriously stupid ass. Directed by Chinese action helmer Ringo Lam in his Hollywood debut, Maximum Risk is a far less flashy Van Damme entry than one might expect, with the innumerable fight, chase and shoot-out sequences all exhibiting quite the gritty aesthetic, even going as far as to turn the various French-set locales to a dreary, drab gray in keeping with the extensive New York City settings. It’s not a particularly clever movie, with a pot-boiler story and generic, formulaic characters (with dialogue to match), and a seemingly endless stream of bad guys for Jean-Claude to slam, stab, shoot and kick his way through by the time he creeps on Henstridge’s character enough to smash her without protest, but with its well-choreographed and beautifully brutal fight sequences and the gratuitous Henstridge boobage on display you soon forget how patently awful it all is. 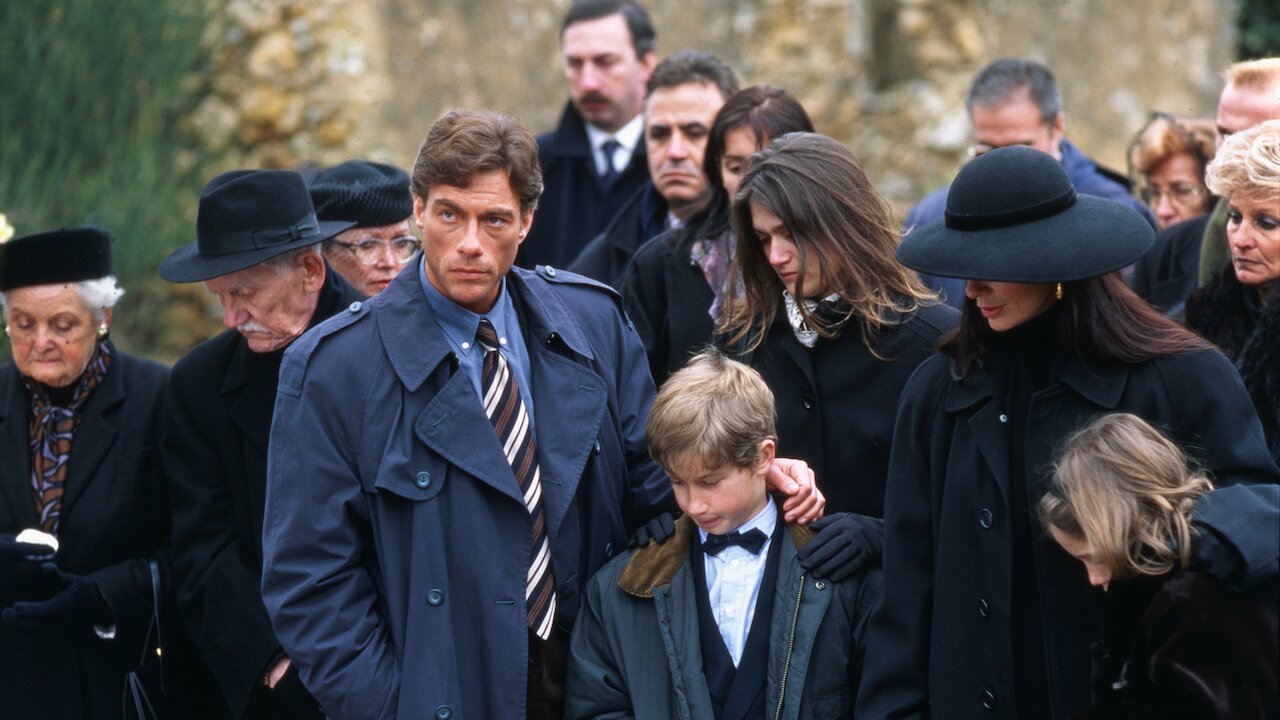 After discovering the sudden death of his long-lost twin brother, French cop Alain Moreau (Van Damme, pulling brief double-duty in an extended opening chase sequence as the moustachioed Mikhail Suverov) travels to America to uncover a trail of corruption and betrayal by both the FBI, including agents Pellman (Paul Ben-Victor) and Loomis (Frank Senger), the Russian mafioso, led by chief henchman Ivan Dzasokhov (Zach Grenier), and involving Mikhail’s fiancee Alex Bartlett (Henstridge). As he unlocks the clues to the puzzle of why his brother was killed, Moreau trips into a conspiracy leading all the way to the very top. 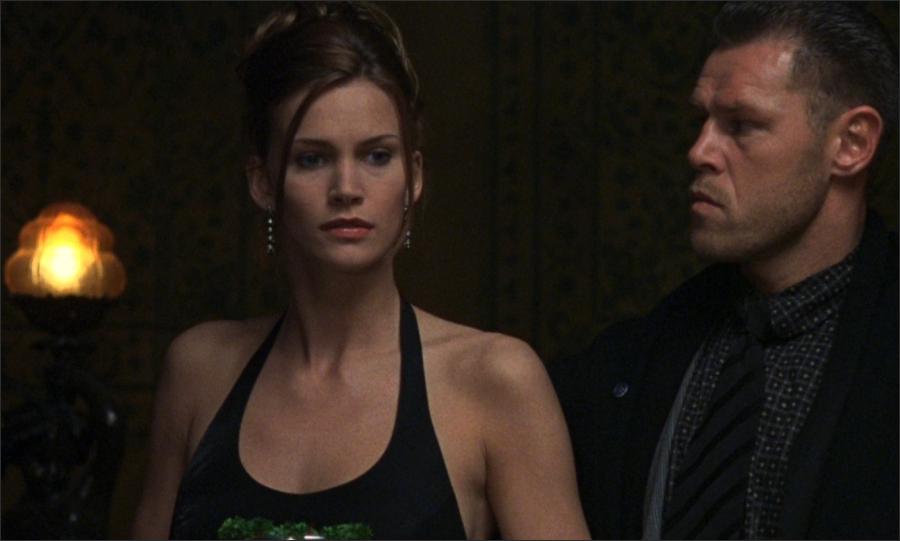 For the briefest of periods in the middle of the 90’s, Natasha Henstridge became a teenage boy’s poster girl for masturbatory sexual awakening. Following her trouser-stretching debut in 1995’s Species, in which she paraded around the screen in glorious nude form pretending to be a killer alien intent on destroying mankind, she followed up this… er, breakout role by appearing in two feature films the following year, one of which was the critically reviled and little seen Adrenalin (alongside Christopher Lambert), and Ringo Lam’s Maximum Risk. Although Maximum Risk was the higher profile of the two, it was by no means a guarantee that her career would continue to bloom, given she was having to perform alongside the sentient wooden plank that is Van Damme and his indecipherable accent. With a character containing almost zero emotional investment, devised by a screenwriter to function as Van Damme’s “American sidekick” who occasionally gets her tits out, Henstridge’s work in Maximum Risk is commendable only for the fact that she doesn’t totally fuck it up by being a better actress than the male lead is as an actor. Still, tits I guess.

Maximum Risk was written by impresario Larry Ferguson, who ought to have known better after credits on action classics such as Beverley Hills Cop II, The Hunt For Red October and Alien 3; his work here is atrocious, a nonsensically plotted and reprehensibly scripted piece of action trash that beggars belief it ever made it to the screen. There is an unconfirmed rumour that Ferguson’s script was doctored-up to film by the two blokes behind the Scary Movie franchise, which says a lot about how terrible the written word was on the pages of this round-table read if the end result is this bad. It’s as if they had a mandate to include as many terrible action film clichés as they possibly could in a single film; from the lengthy car chases knocking over an impossible number of conveniently placed plastic chairs for outdoor dining in the narrow alleyways of Nice, to the run-and-gun footrace on the streets of New York City, to the climax of the film occurring in a suburban abattoir in complete violation of a city’s health code, to the sudden transition of Van Damme’s character from regular French cop to sweaty, muscular superhero in the last twenty minutes, Maximum Risk pays no heed to sensible, intelligent storytelling and hedges its bets on the broad shoulders of its star and the enthusiastic direction of Ringo Lam.

At one point, for no reason, the film drops a line of dialogue suggesting that Van Damme’s character is a brilliant marksman – despite exhibiting exactly none of that trait in the previous hour of film – before he demonstrates it in a bombastic (and insane) plaza shootout and fireball explosion to close off one of the film’s multiple climaxes.  It’s this kind of forward thinking idiocy that makes Maximum Risk a truly terrible film whilst simultaneously sliding balls-first into the “so bad it’s fucking bad and good” category. A listless middle hour in which Van Damme sulks around getting his ass whooped and catching a glance at Henstridge’s conveniently available boobs for no reason at all certainly tests the endurance of even the hardiest 90’s action film connoisseur, but the Lam makes up for it with some truly brutal fight sequences. Arguably the film’s best but most underused villain is the hulking Stefanos Miltsakakis, as the bleached-blonde Russian assassin who takes it to Van Damme on more than one occasion, including a bruising, full-throttle elevator fight that removes all of the actor’s trademark slow-motion fallback and presents the star with an actual physical challenge in close-quarter combat. Lam eschews the typical slo-mo aesthetic entirely in Maximum Risk, preferring to let both Van Damme and the army of stuntmen working on this to do their thing at regular speed, and without ostentation, and it’s in this respect that the film holds together as well as it does.

If there was a surprise at all here it was getting to watch a terrific actor like Zach Grenier, better known for his television work on Law & Order and NYPD Blue, as well as The Good Wife, playing a hardass Russian mobster with a violent streak in what turns out to be gloriously over-the-top in all the right ways. You can literally see Grenier chewing the scenery alongside the lesser actors around him, his steely glare and quivering bottom lip entirely bespoke for a role so generic and cliched as this. It reminded me of the Michael Ironside character in Total Recall a few years prior, he’s so driven and intense and gleefully absent any realistic human qualities. Quality French actor Jean-Hugues Anglade is wasted in the nothing role of Van Damme’s French cop partner, Sebastien (because all French cop sidekicks are named Sebastien, by all accounts!) whilst Woody Allen alumni Dan Moran makes an appearance as a Russian hoodlum early on. And sprinkling a little bit of class around the joint is a supporting role to the late, great David Hemblen, as the patriarch of the Russian mob in America, Dmitri (because all Russian mob bosses are named either Nikolai or Dmitri, by all accounts!), and it’s wonderful to hear the voice of animated Magneto in something other than a cartoon. 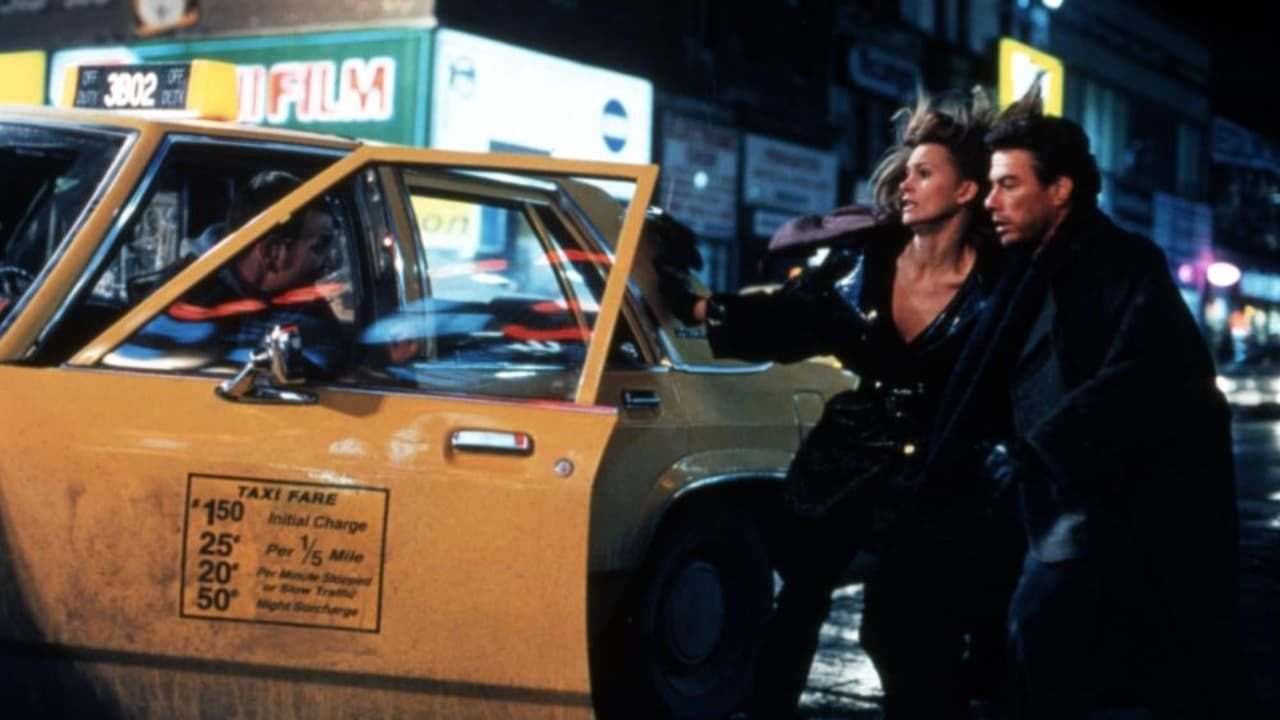 In retrospect, Maximum Risk is a terribly written, horrifyingly acted action film that pulls no punches with the violence and mitigates a lot of Van Damme’s showmanship in favour of a grimmer, grittier style the star had seemed to avoid to this point. Sure, there’s a protracted sauna fight sequence in which an oiled-up JCVD slams up against Miltsakakis all mano-e-mano until one of them taps out in post-coital relief, but on the whole Maximum Risk seems intent on reinventing Van Damme as a serious action lead who can act – a blessedly brief moment of reflective grief allows the star to almost, almost believably cry on screen (bottom lip wobbled, water glistened in the eyeball, but…. well, it was laughable) – as well as deliver rousing brawls that look like they legitimately do some damage to each other. Does it work? Not at all, and yes it absolutely does. The film is arguably one of the stupidest things I’ve revisited in recent times, but it’s also one of the more audaciously straight-up serious attempts to turn Van Damme from hokum-infused screen hero to legit action star, and had the script been better it might have succeeded. Worth a look for the bash-n-crash brawls and Natasha Nenstridge’s tits, and only in that order.