Ultra-violent action films have become a resurgent subgenre in the last decade since Liam Neeson tore Paris a new asshole in Taken; since then, the likes of John Wick, Extraction, Peppermint, Atomic Blonde and a raft of knock-offs have progressively mined this typically entertaining style of filmmaking, and Nobody, starring Bob Odenkirk in the lead ass-kicking role, boasts yet more bloody, kinetic style with a rapacious body-count to boot. What it lacks in coherent scripting and well-rounded characters Nobody makes up for in sheer decadent exhilaration, this gun-friendly Wick-clone directed by Hardcore Henry helmer Ilya Naishuller with a strong emphasis on uber-cool savvy dialogue, fist-pumping bad-guy takedowns and a swag of Odenkirk humour. 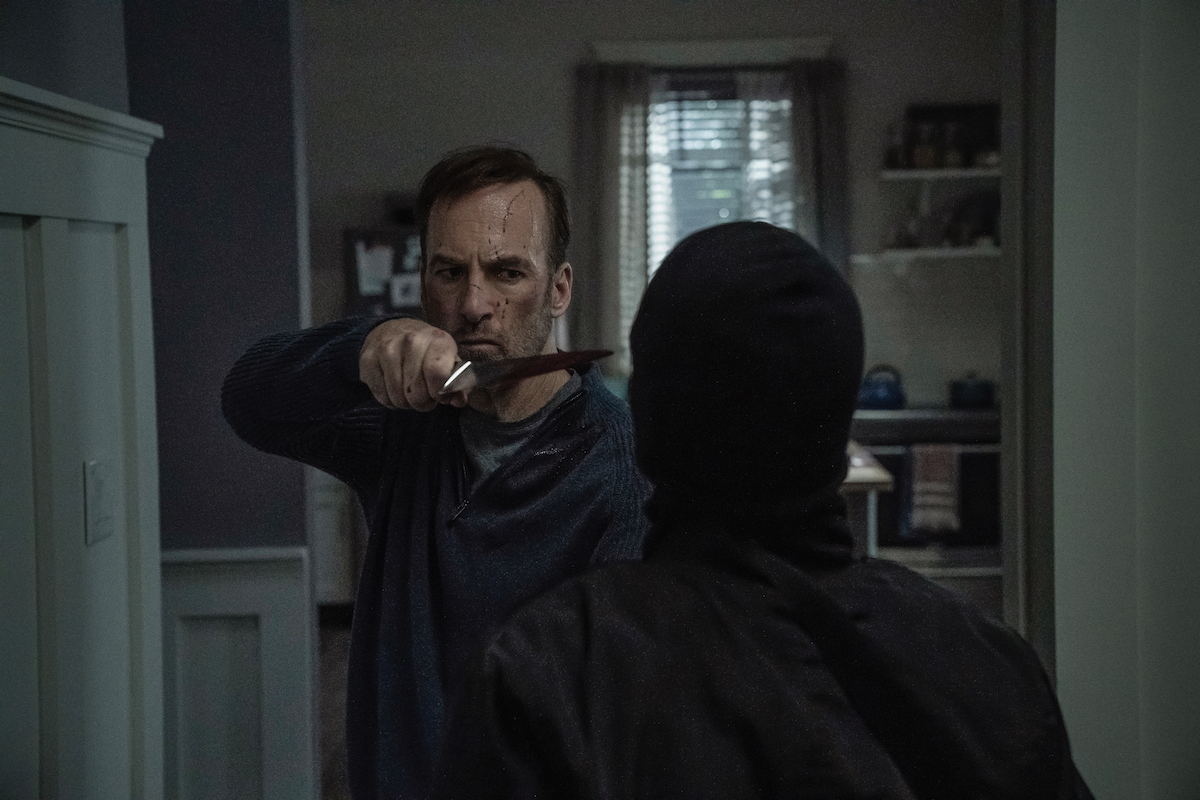 Ordinary father Hutch Mansell (Odenkirk) lives in suburban unremarkableness with wife Becca (Connie Nielsen – Wonder Woman, Justice League), daughter Sammy (Paisley Cadorath) and teenage son Blake (Gage Munroe). He works a bland, lifeless job at his father-in-law’s (Michael Ironside) metal fabrication business while Becca is a prominent local real estate agent. After a botched home invasion sees Hutch cajoled by his friends and family for not doing enough to protect them, it is slowly revealed that the indifferent father is in actuality a former CIA “auditor”, a ruthless assassin and killer sent in to clean up impossible missions. When Hutch cripples the idiotic younger brother of a Russian mafioso (Aleksei Serebryakov), he is drawn back into a withering world of violence and revenge, where he must take the fight to the bad guys alongside his elderly father, David (Christopher Lloyd – Back To The Future) and half-brother Harry (US rapper and actor RZA). 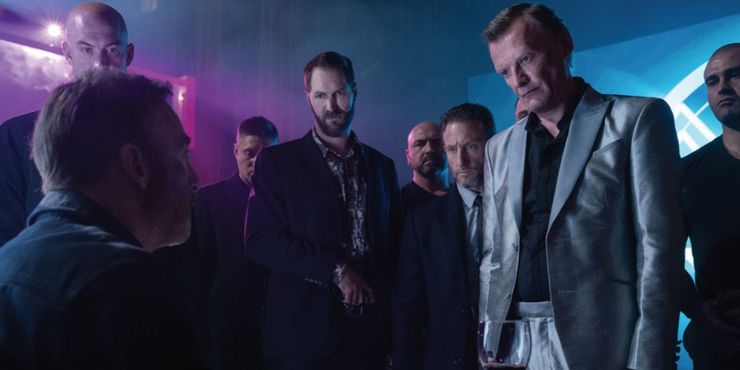 There’s something inscrutably satisfying about watching an action hero tear the screen to shreds. It’s the idealisation of our own frustrations, I think, that makes violent retribution so elemental, so primal, among those of us who find these kinds of movies exciting. That an actor of the calibre of Bob Odenkirk would opt for such a muscular, bloodthirsty opus as this speaks volumes not just to the lure of this kind of film but also the catharsis of performing such a role against type; Odenkirk is better known as a comedian and actor in prestige titles such as Breaking Bad and spin-off show Better Call Saul, as well as Nebraska, Spielberg’s The Post, and more recently Greta Gerwig’s remake of Little Women. Stepping well outside his wheelhouse in Nobody, Odenkirk demonstrates his ability to growl, sizzle and draw black laughs from an audience as he pummels, blasts and sarcastically outwits his opponents in this violent showstopper. The actor ain’t a rippling Schwarzenegger physique, nor is he the classically good-looking style a la Keanu Reeves or Chris Hemsworth, rather he devastates with a nonchalance and surety of purpose in substantial juxtaposition to his look and manner. 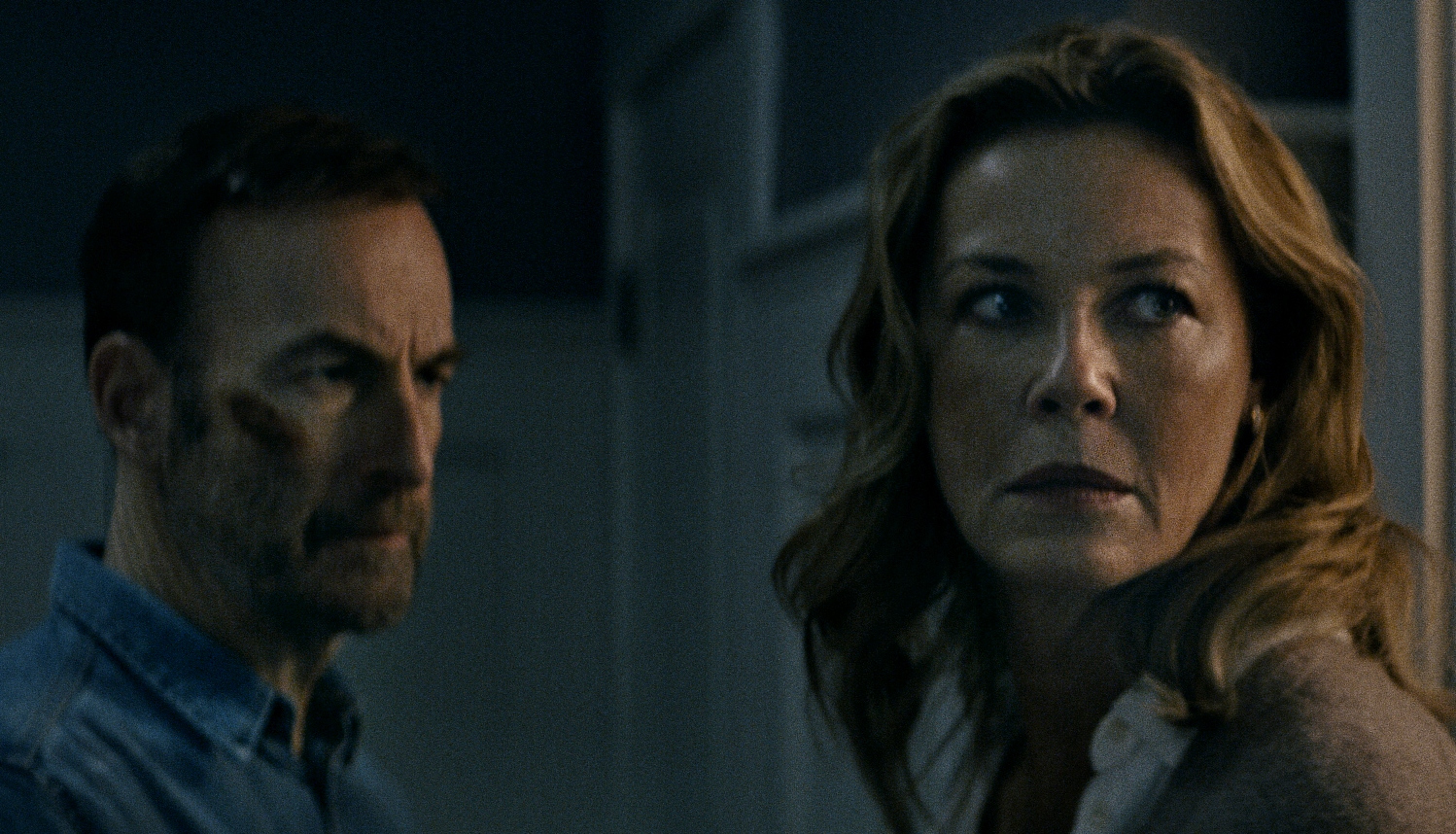 Nobody is written by Derek Kolstad, the man credited with creating the John Wick franchise, so it’s a no-brainer that this film would stand on the shoulders of that popular property and mine similar ground for entertainment value. Parallel with John Wick’s central premise, Hutch Mansell is a retired killer lured back into the fight for one last go-round, up against a militant Euro-trash mobster with near unlimited henchmen and a strained yet understandable relationship with an imbecilic family member. The retired killer has the odds stacked so high against him there’s almost no obvious way to win, and yet through great physical torment and pain, plentiful fisticuffs and gunplay, and a spectacular amount of one-liner jabs and japes, the bad guy wins against the badder-guy with grit, grimace and determination. The characters are drawn with a thick-nibbed texta, lacking any sense of depth or nuance – it should be said that the relationship between Hutch and his estranged wife Becca is as close to human emotion as the film ever gets, and even then the motivations for her animosity or ambivalence towards him aren’t very clear – but what we want from a film like this is to feel the delicious crunch of henchmen being slaughtered in cool and unique ways as our hero kicks things into high gear.

One of the things I loved about Nobody that wasn’t present in any of the John Wick films is a payoff to all the smaller sidebar plot points. Odenkirk’s character lives a banal life in a resolutely banal suburb, misses bin day and sleeps with a wall of pillows between he and his wife. It’s the interactions between he and his supporting cast of neighbours, work colleagues and various mobster connections that gives Nobody the frenetic energy it does, as Hutch reverts to his true deadpan killer self and upends the lives of all around him. The relationship between Hutch and his son forms quite a nice little subplot as the young lad suddenly realises his father isn’t the boring, homogeneous adult he thought he was, and is instead one of the world’s deadliest killers. The reaction by Serebryakov’s off-kilter psychopathic Russian mob boss when he learns that Hutch is coming for him is worth the price of admission alone, and all who learn of Hutch’s true identity suddenly have a unique desire to exist someplace else entirely. The film isn’t really a revenge thriller more than it is an orgy of violence masquerading as a family-man drama. Hutch’s relationship with his equally deadly father is one of gut-busting hilarity – Christopher Lloyd has some of the film’s best moments, and knows it – whilst the constant off-screen verbal badgering by RZA’s little seen Harry Mansell is another true delight. 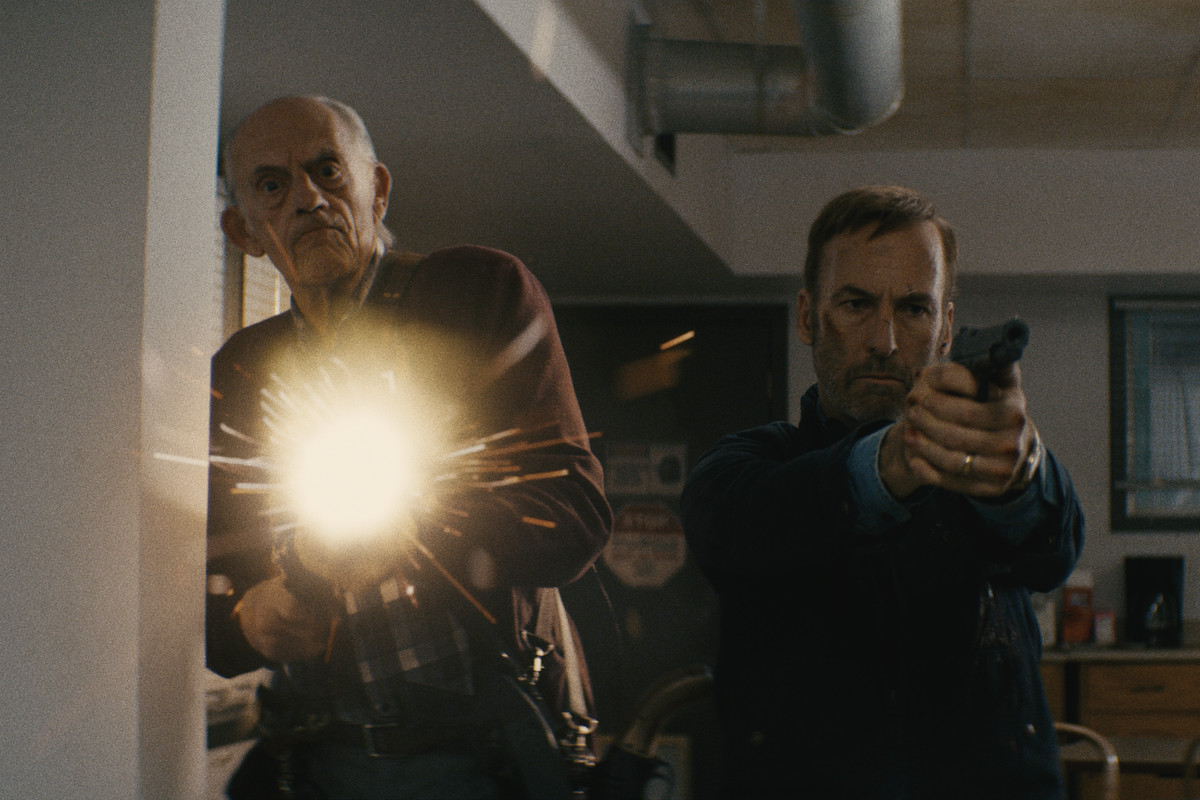 If there’s one thing Ilya Naishuller brings to Nobody that he failed to bring with Hardcore Henry (a film I didn’t enjoy), it’s heart. By giving Hutch a grounded, relatable central character trait – that of wanting desperately to be a family man but sucking at it entirely – it allows the film’s more bananas moments to play against him more comedically. Naishuller certainly gave Hardcore Henry a distinct visual tone, and could definitely direct action despite my dislike of the overall movie; here he has the backing of major Hollywood talent and a fairly predictable story to handle and by crikey does he deliver a whacky, fun, mindless action movie for the ages. If you love your action violent and your screen heroes quippy, you cannot go wrong with Nobody, a delightfully obnoxious, not-for-the-squeamish extravaganza of blood, bullets and bad language that continues the modern take on the gritty anti-hero hero subgenre by injecting the most unlikely of actors into the mix.