Lite-weight Bond spoof Johnny English returns for his third adventure, led yet again by rubber-faced comedian Rowan Atkinson and perennial offsider Ben Miller, as they attempt to thwart a dashing tech gazillionaire from controlling the world. Cheesy, intermittently amusing and ultimately harmless fun, Johnny English Strikes Again will never set the world on fire but offers a respite from the sheer awfulness of this world with brief sight gags and a general vacuous aesthetic  that makes me long for the genius of Leslie Nielsen doing his straight-faced schtick. 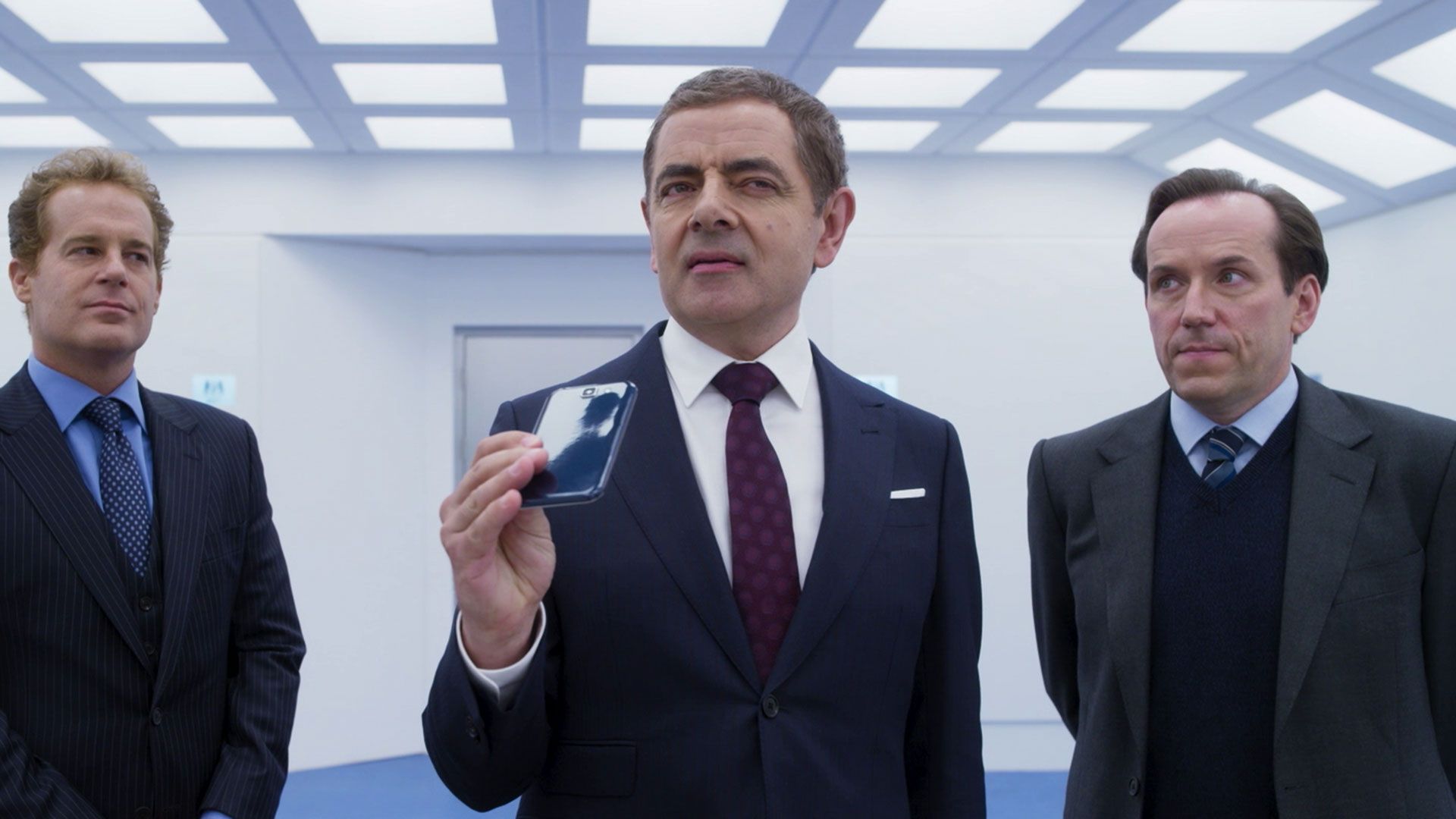 Former British secret agent Johnny English (Atkinson) is now working ostensibly as a geography teacher in a prestigious prep school. When a mystery cyber-attack occurs releasing the  information of all known MI7 agents, English is recruited by Her Majesty’s Government to locate and bring to justice this criminal enterprise: aided by Bough (Ben Miller), and an array of secretive spy paraphernalia, English encounters the beautiful and exotic Ophelia Bhuletova (Olga Kurylenko, herself a former Bond girl in Quantum of Solace) as well as energetic and powerful tech billionaire Jason Volta (Jake Lacy – Carol, Rampage), who ingratiates himself into the admiration of the British Prime Minister (Emma Thompson). 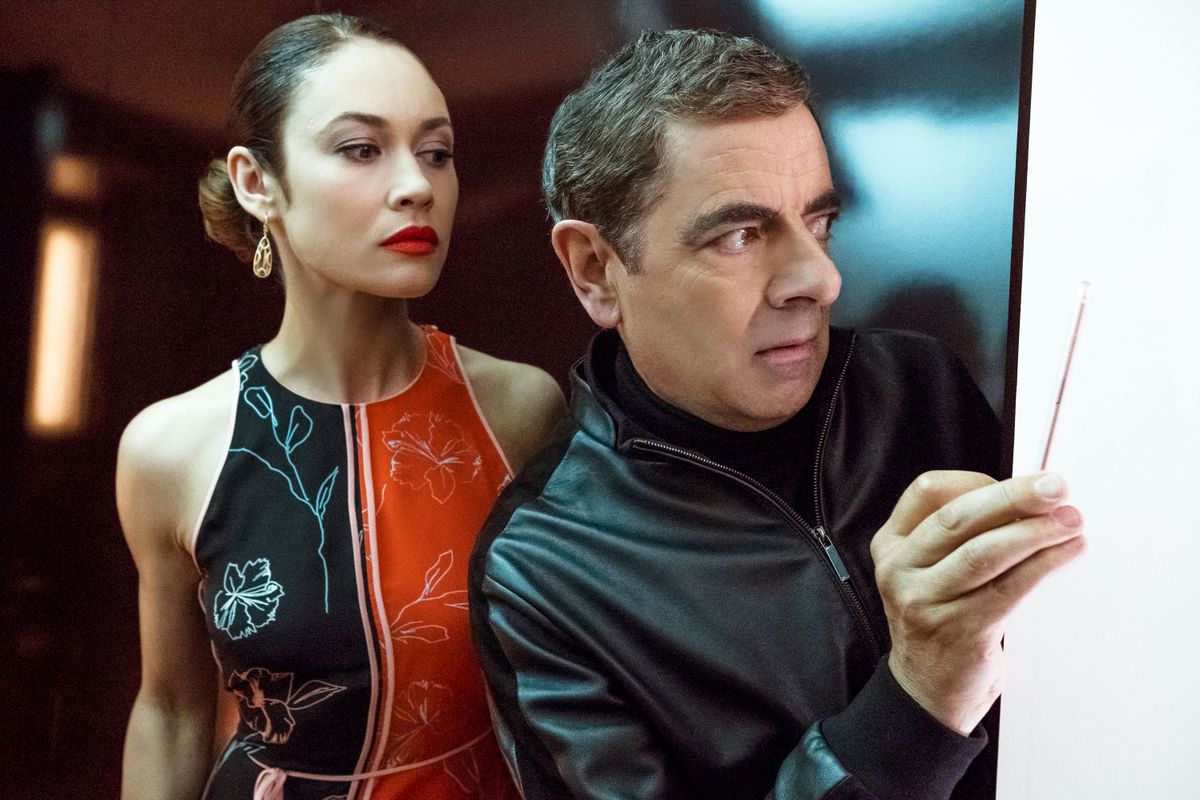 The sporadically funny Johnny English franchise is built on the premise that Rowan Atkinson’s adorably rubber-faced antics play better as the clueless nitwit spy, and to a degree it works well enough to save the film from being absolute garbage. Mix in a dash of Peter Seller’s Inspector Clouseau, a drizzle of Mike Myers’ Austin Powers, and a boat-load of Naked Gun style sight gags, and you have this arguably charming James Bond-style spy spoof that never quite works, but doesn’t really fail either. Atkinson is by all accounts a comedic genius himself, having created one of the 20th Century’s great comic characters in Mr Bean, and has traded off his ability to contort his face into all manner of amusing forms for the last four decades or so, but Johnny English musters the enthusiasm of a damp cloth and the timing of a sack of potatoes in trying to keep the audience engaged. 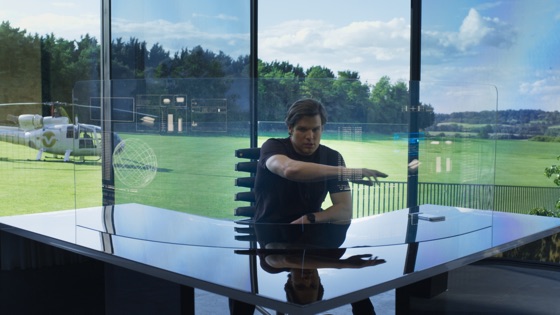 I wasn’t a particular fan of the first Johnny English film – which is why you never saw it reviewed here – and I skipped the second film entirely (Johnny English Reborn…), but in trying to find something undemanding and suitable for the kids in the background I stumbled upon this film and figured it might be worth a bash. Indeed, it is worth a bash if you’ve nothing left to accomplish in life, but more discerning viewers will quickly tire of its plodding comedy and see-it-coming-from-space plot. Written by returning screenwriter William Davies, who at one point gave us the Arnie/DeVito classic Twins before plumbing the depths with this silly franchise, Johnny English Strikes Again plays fast and loose with the spy genre’s tropes and gags, most of which has been seen before with varying degrees of success, and one which works best as a trailer gag than it does fleshed out in this feature film. 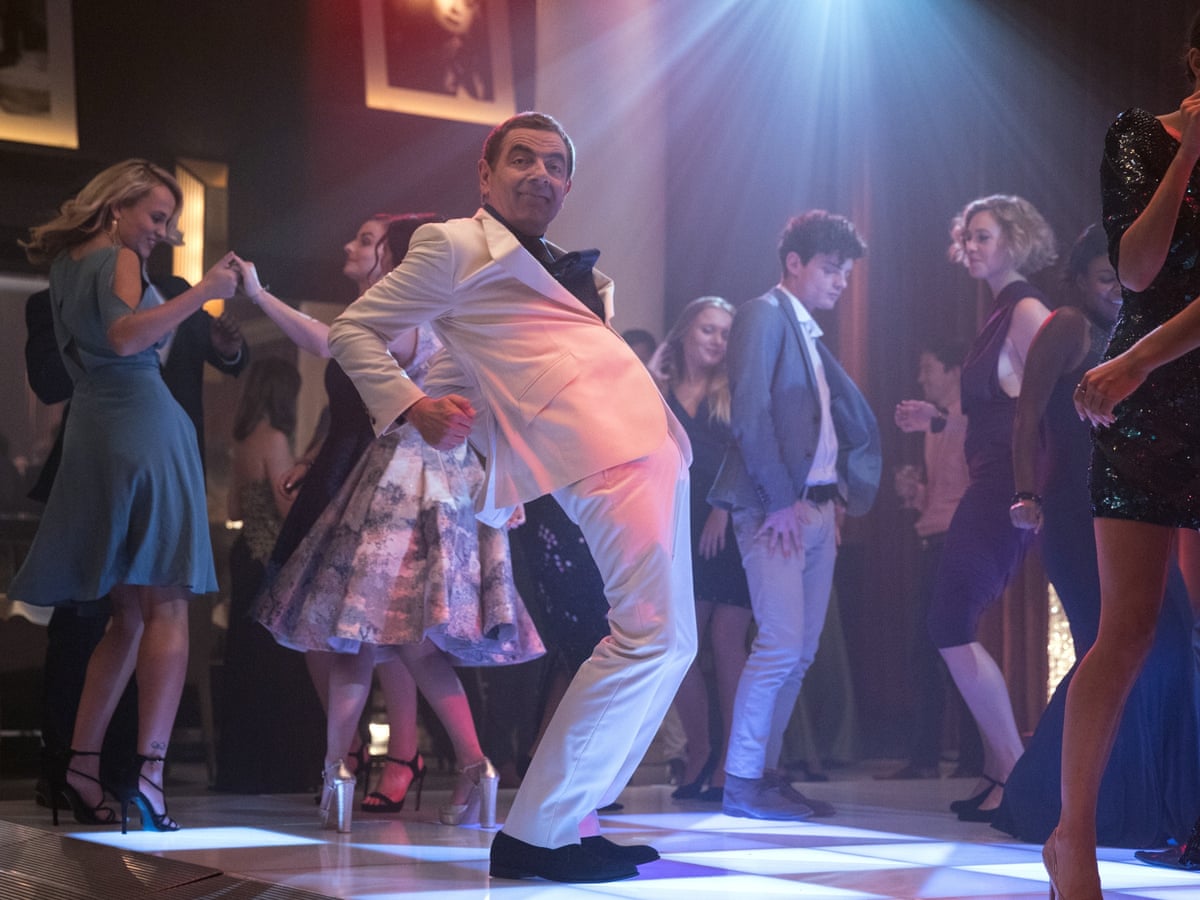 Sight-gags and casual inane violence are the order of the day as Atkinson and his incredibly talented cast subordinate themselves in this pastiche of clownery and stupidity, most of which is played broadly and for cheap gags than any kind of intellectual higher bar. The tropes all flow thick and fast, from the wooden-panelled 1960’s-era spy headquarters to the dazzling red Aston Martin English drives throughout the film, to the eponymous Villain Boat around which most of the plot hinges, as well as luxury French locations and a dazzling Kurylenko as the is-she-or-isn’t-she friendly enemy of Johnny’s throughout; the film ticks off the bucket list of genre to-do’s and briskly, if not always competently, goes for broke with the laughs. Atkinson always seems to be having a whale of a time as the central character, playing the role a lot straighter than I recall him doing in the first film, which only adds to the characters shallow charm as he bumbles his way through this movie. Ben Miller, as Atkinson’s straight man, works like a mule in giving his on-screen partner something to bounce off but he’s grossly underwritten and poorly served by this car-wreck of a story. Kurylenko, returning to femme-fatale mode here, is gloriously photographed by DP Florian Hoffmeister, who knows how to make a woman look good, while Emma Thompson, delivering her typically frazzled caricature, and Jake Lacy, as the sinister smooth tech guru (with just a hint of Tony Stark layered in there somewhere) both have a lot of fun snarling and grimacing to camera. 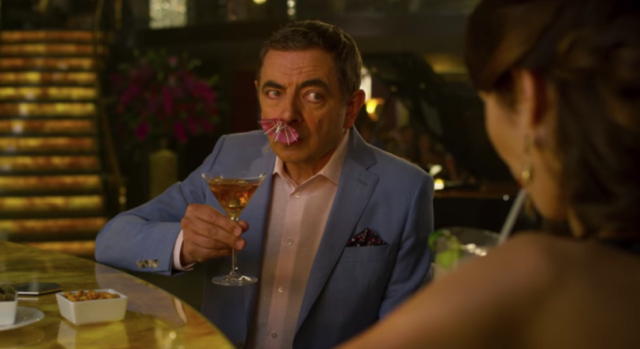 First-time feature director David Kerr gives the film a suitably exotic visual aesthetic, the colour palette rich and deeply saturated, and he maximises his leading man’s comedic timing as best he can, but even he cannot raise this thin screenplay and coincidentally idiotic series of set-pieces much beyond cheaply manufactured sitcom tomfoolery. It’s a film beset by silly comedy, a childlike glee from the bottom drawer that braves politically correct inanity with limp dialogue and Atkinson’s persistently confused mug. There are momentary glimpses of sublime humour (a virtual-reality-goggle sequence mid-film generates a few laughs but it worked a lot better – cut down significantly – in the film’s trailer) and the boom-tish drum snare chuckles are sparingly played down to the benefit of all, but Johnny English Strikes Again is a momentum abyss, a comedy anti-movie that endeavours to play up the well-known genre but lacks the edge or ferocity to do so with any gusto. I enjoyed it for what it was, but I cannot recommend it on any single strength or failure.