If you ask anyone who follows cinema in any serious capacity, they’ll often recite only a handful of films by celebrated director Martin Scorsese as his “best”; typically, Goodfellas, Raging Bull, or Taxi Driver come up as the Top 3, and all three have cemented the helmer as one of the industry’s most valuable filmmaking assets. He’s certainly one of the more knowledgeable, his wide-ranging documentary appearances being captivating viewing for what he dissects about imagery on the big screen. His output in the 2010’s has remained prolific, including five feature films amid a wide-range of television pilots and short films, with The Irishman coming at the end of hugely productive decade from the man who redefined the term masterclass. Based on the non-fiction book “I Heard You Paint Houses” by Charles Brandt, centering around American Labour Union official and alleged organised crime figure Frank Sheeran, who claimed to have killed Jimmy Hoffa, the film’s towering achievement is reuniting on-screen the legendary trio of Joe Pesci (whom Scorsese lured out of retirement just for this), Al Pacino and the wonderful Robert DeNiro, treading the Gangster Film genre once more with astonishing effect. 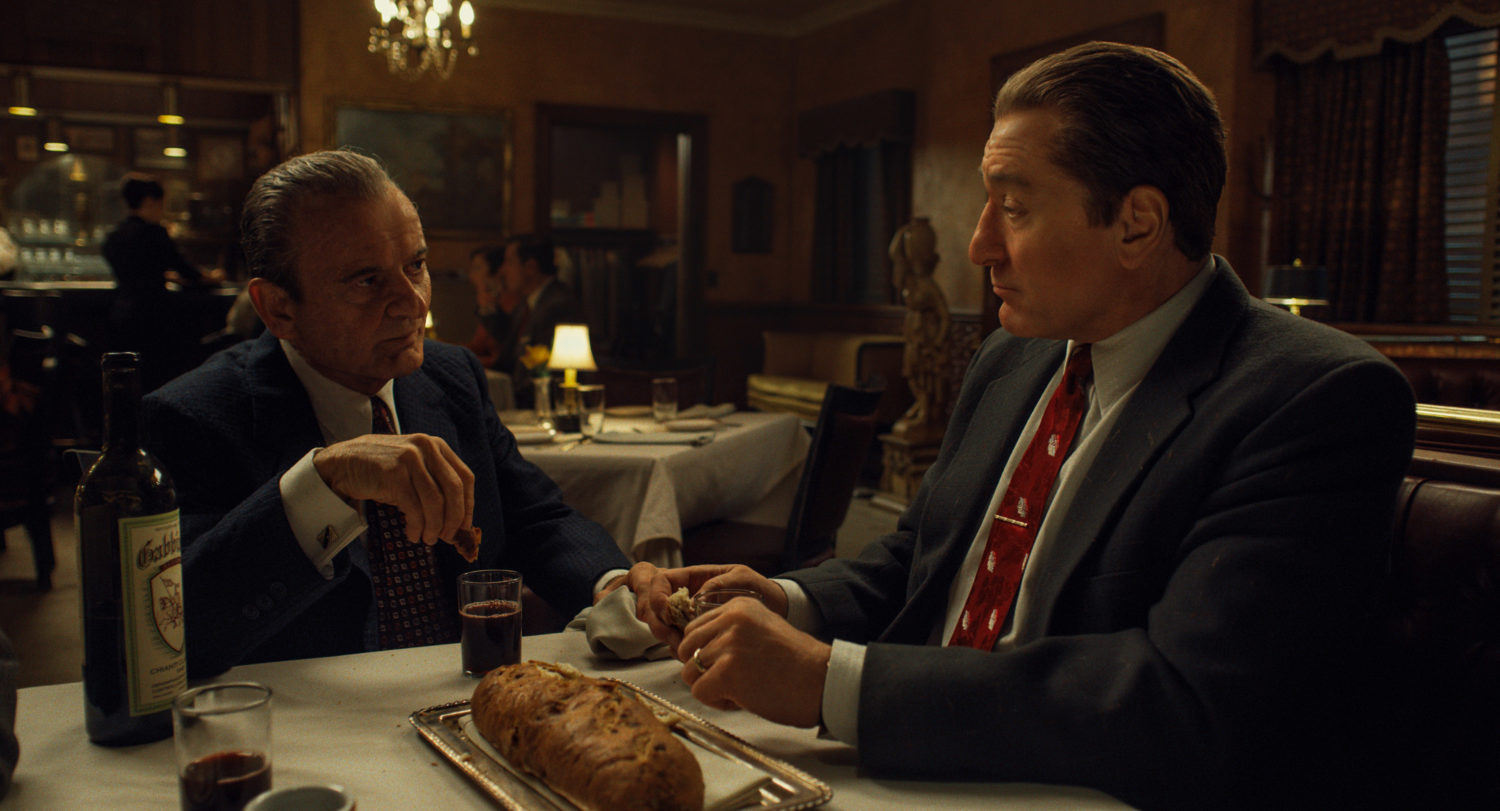 Told primarily in flashback, an ageing Frank Sheeran (DeNiro) recounts his association with Chicago organised crime figures including Russel Bufalino (Pesci), head of the Bufalino crime family, and James “Jimmy” Hoffa, then President of the International Brotherhood of Teamsters, a powerful labour union in the United States. Frank works his way up the ladder to become Bufalino’s right-hand-man and noted assassin, whilst embedding himself inside Hoffa’s friendship as a powerful ally, despite his personal reservations. Frank also has to try and hide his criminal activity from his family, particularly daughter Peggy (Lucy Gallina and Anna Paquin), whilst coming to terms with the brutality and isolation of his chosen profession. The more beliggerent Hoffa becomes towards the influence of the mobsters and gangsters he associates with, the more determined they are to shut him down – by any means necessary. 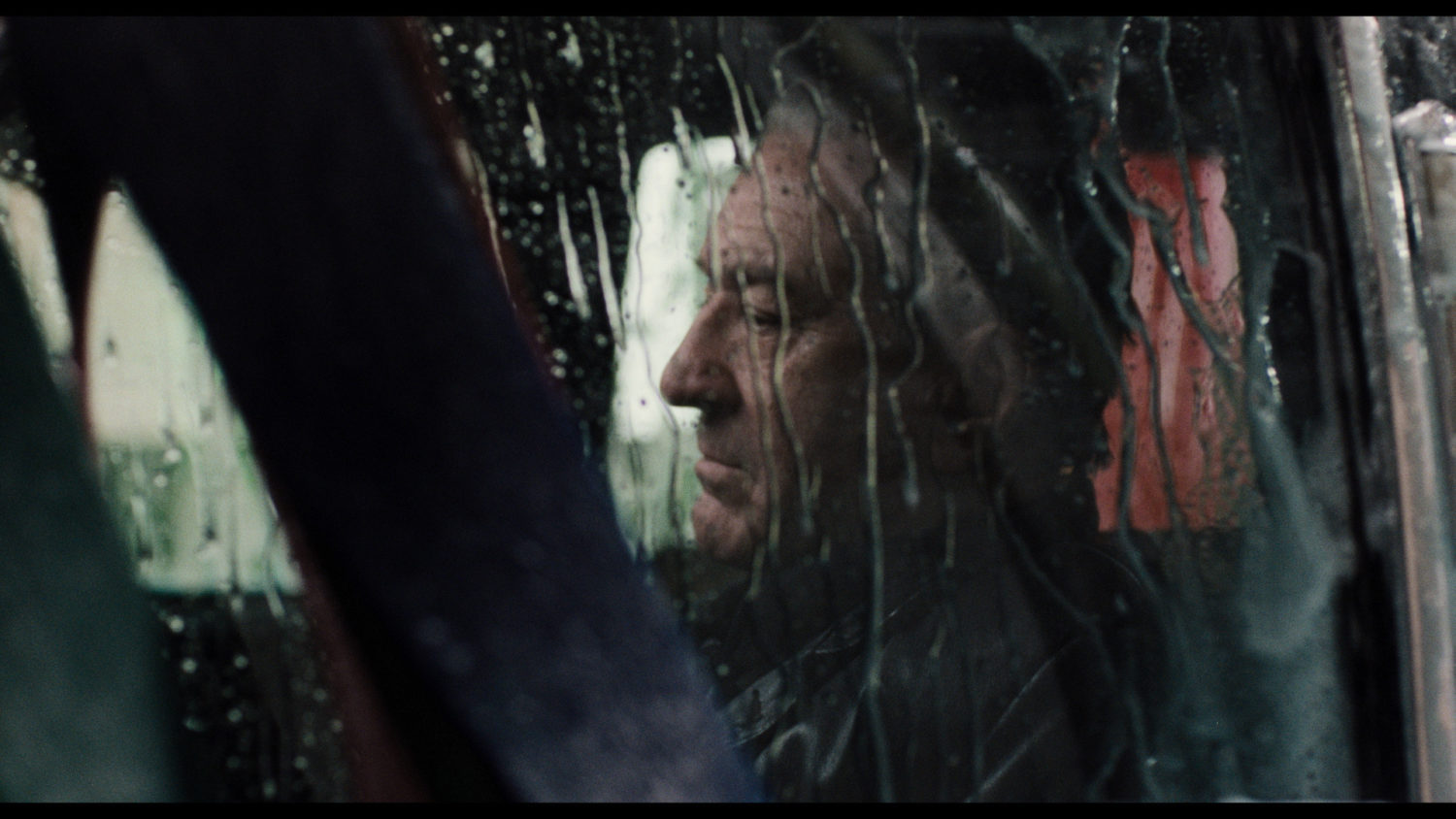 Directing a screenplay by Steve Zaillian, Scorsese adequately mines the fraternal nature of organised crime with a minimalist showmanship and canny, razor-wire-tense proficiency. It’s a story of characters, of verbal byplay and chasms of unsaid violence, not to mention the actual violence perpetrated on various victims along the way. After all, every good gangster movie need a good whack job, and The Irishman delivers more than its fair share of those. Zaillian’s screenplay is deeply layered in Chicago’s mobster lore, and boasts cameos from all the big names of the period – the film is set largely in the 50’s and 60’s, when Sheeran and Hoffa were at their most active – and takes a gleeful approach to revealing the fates of a number of its participants, shown via subtitled death notices across the screen, and similarly to Scorsese’s own Goodfellas spends a great deal of time setting up and building on the world in which these events take place. 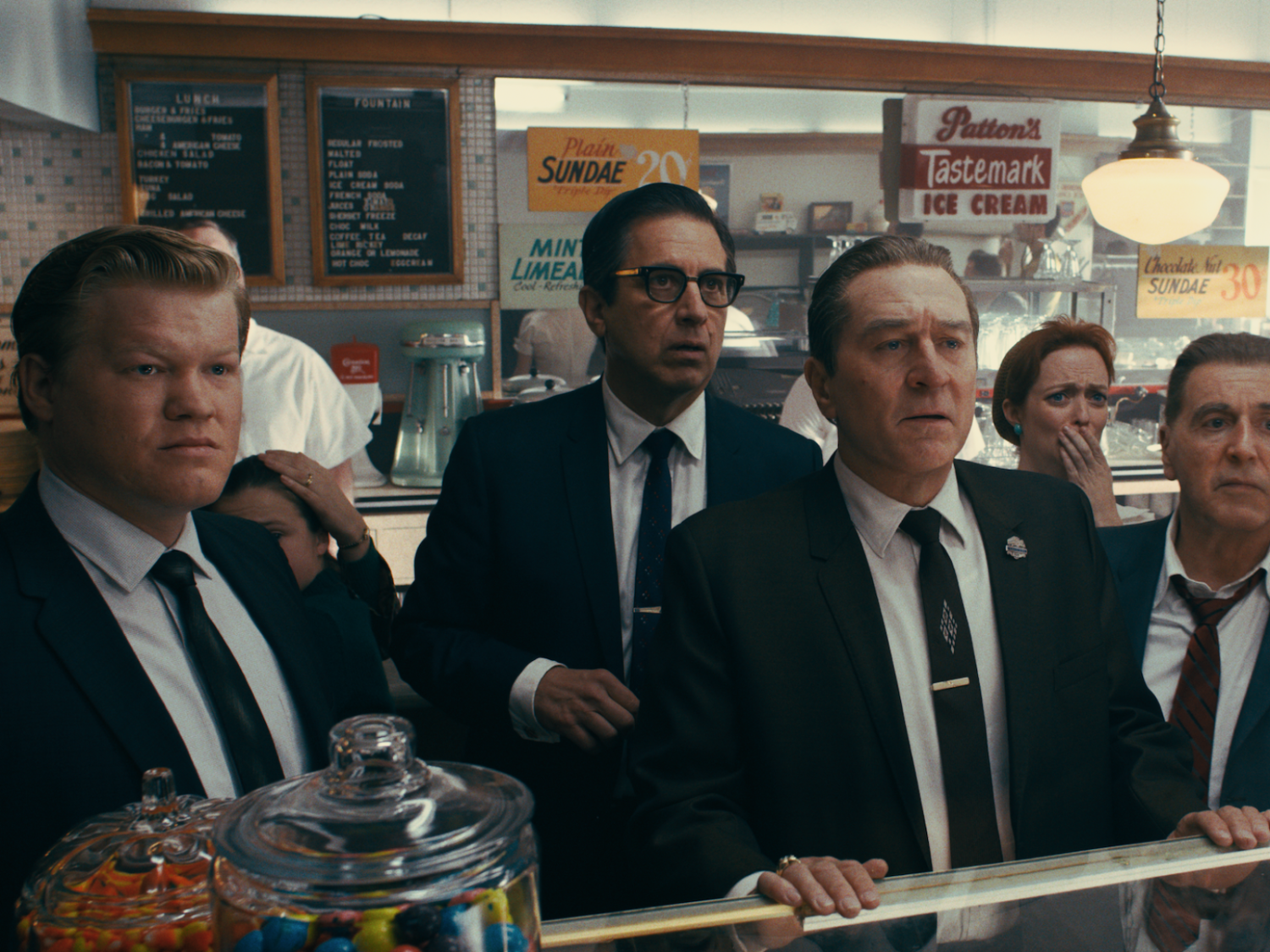 Having a cursory foreknowledge of the time and place is probably an advantage, for there’s little by way of contextualising exposition to explain who everyone is. It’s a script of ballsy masculinity, a story of characters larger-than-life treated with the adoration and worshipfulness of now-dead sport or move stars. Is it a moral human sickness that our fascination with characters of such violent repute are so luring to us? Perhaps, and Zaillian’s screenplay doesn’t avert ambiguity either, leaving the audience to determine their own thinking on Frank’s actions and associations with the criminality within. As usual for films of this type, a lot of the language is innuendo or code, even the film’s subtitle “I Heard You Paint Houses” means “I Hear you Kill People”, with the “paint” being “blood” and the painting representing “killing”. The lingo within, often also what’s not said, speaks volumes about the characters and their intent, that despite their external bonds of brotherhood they’re all ruthless killers intent on controlling all they can. 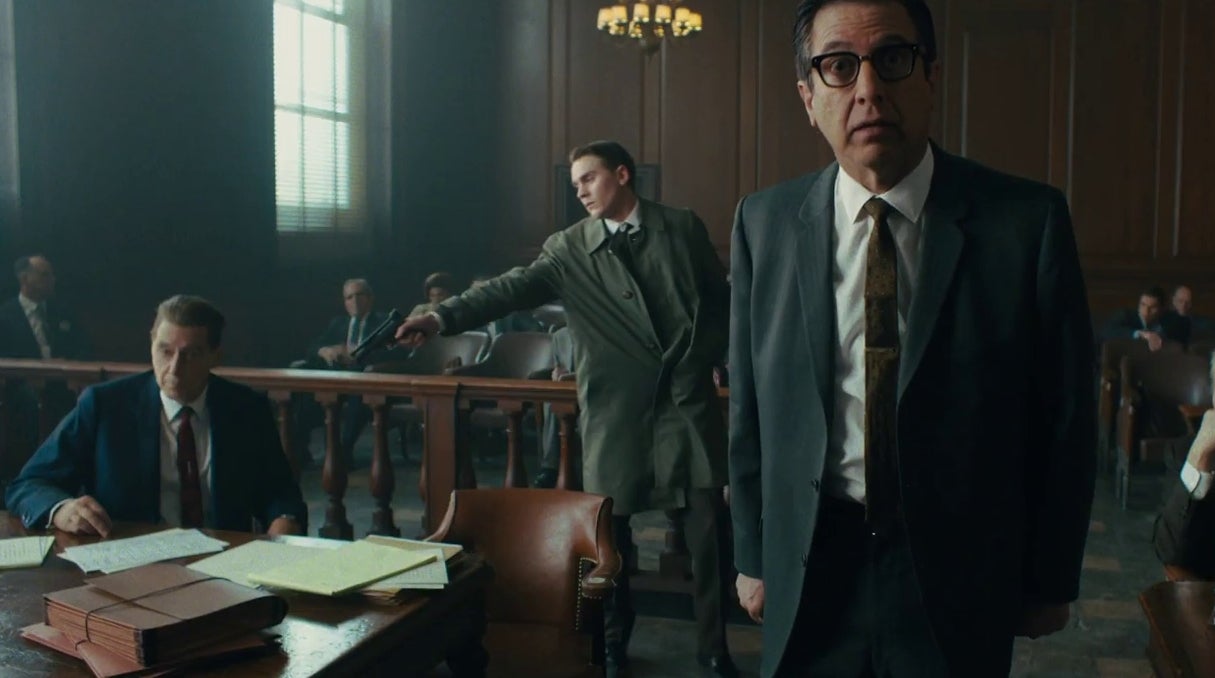 A part of the film’s lustre is Scorsese’s groundbreaking use of de-aging technology to make his trio of stars look waaaay younger than they currently are. The majority of the film’s running time features a mid-forties vintage DeNiro flitting about with a similarly youth-ified Pacino and Pesci thanks to some remarkable computer effects that must have taken an eternity to get right. Even so, The Irishman does dip a small toe into Uncanny Valley at times, with DeNiro’s “younger” face (specifically, his eyes) often feeling off by several degrees, not enough to pull me out of the story completely but just enough to warrant mentioning. One might venture suggesting that it’s hardly worth mentioning, but given it’s a primary aspect of the filmmaking tools at Scorsese’s disposal, criticism of its use (rather than simply casting younger actors to portray the roles in a younger manner, much like the transition from Lucy Gallina and Anna Paquin as the same character throughout the movie) is part of my duty to reveal. It’s a technique used to perfection in Marvel’s Captain Marvel, making Samuel L Jackson look about twenty years younger again, but here the mask occasionally slips, and at times slips too much. 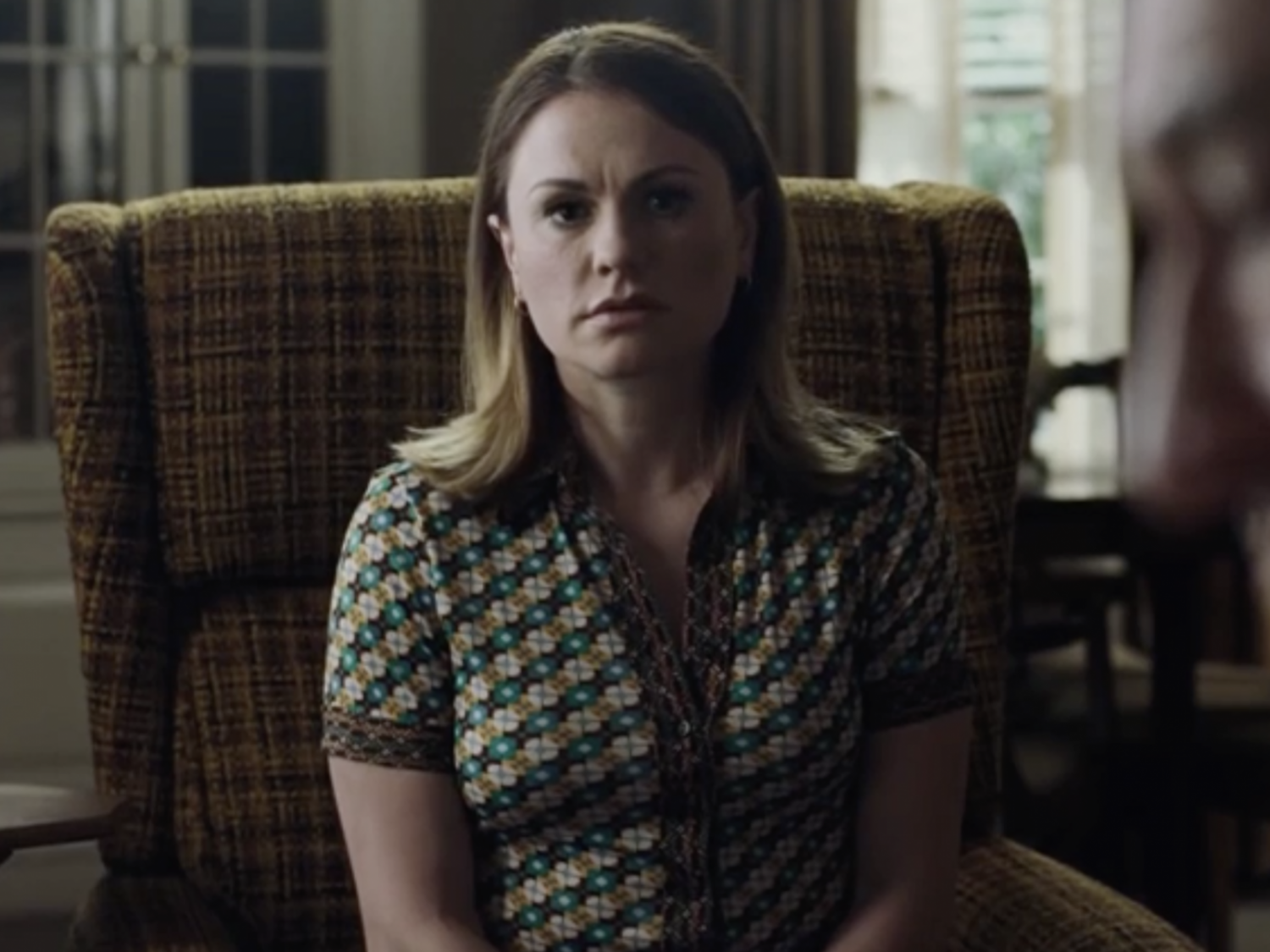 One of the great things here, however, is watching three towering screen icons return to Capital-A Acting. This isn’t a film driven by story, so much as a film driven by characters. DeNiro’s Frank Sheeran is enigmatic and nearly impenetrable as a human soul, with events revolving around him far more than he ever becomes involved specifically. DeNiro inhabits the role utterly, a far cry from the comedic and second-rate dreck he’s appeared in over the last decade or more, and qualifies as one of the great leading performances in recent memory thanks to Scorsese’s perceptive gaze. One doesn’t get much insight into Sheeran as a person, rather we spend a great deal of time feeling his conflict between knowing what’s right-and-wrong and trying to balance that with the love of his family, those innocents often caught in the crossfire. To be honest, I knew about as much of Sheeran at the end as I did at the start of this three-and-a-half-hour film, which is something of a shame, really. I wanted to understand how a man could get caught up inside such a violent life and try to justify, or rationalise, that to himself moreso than to others. 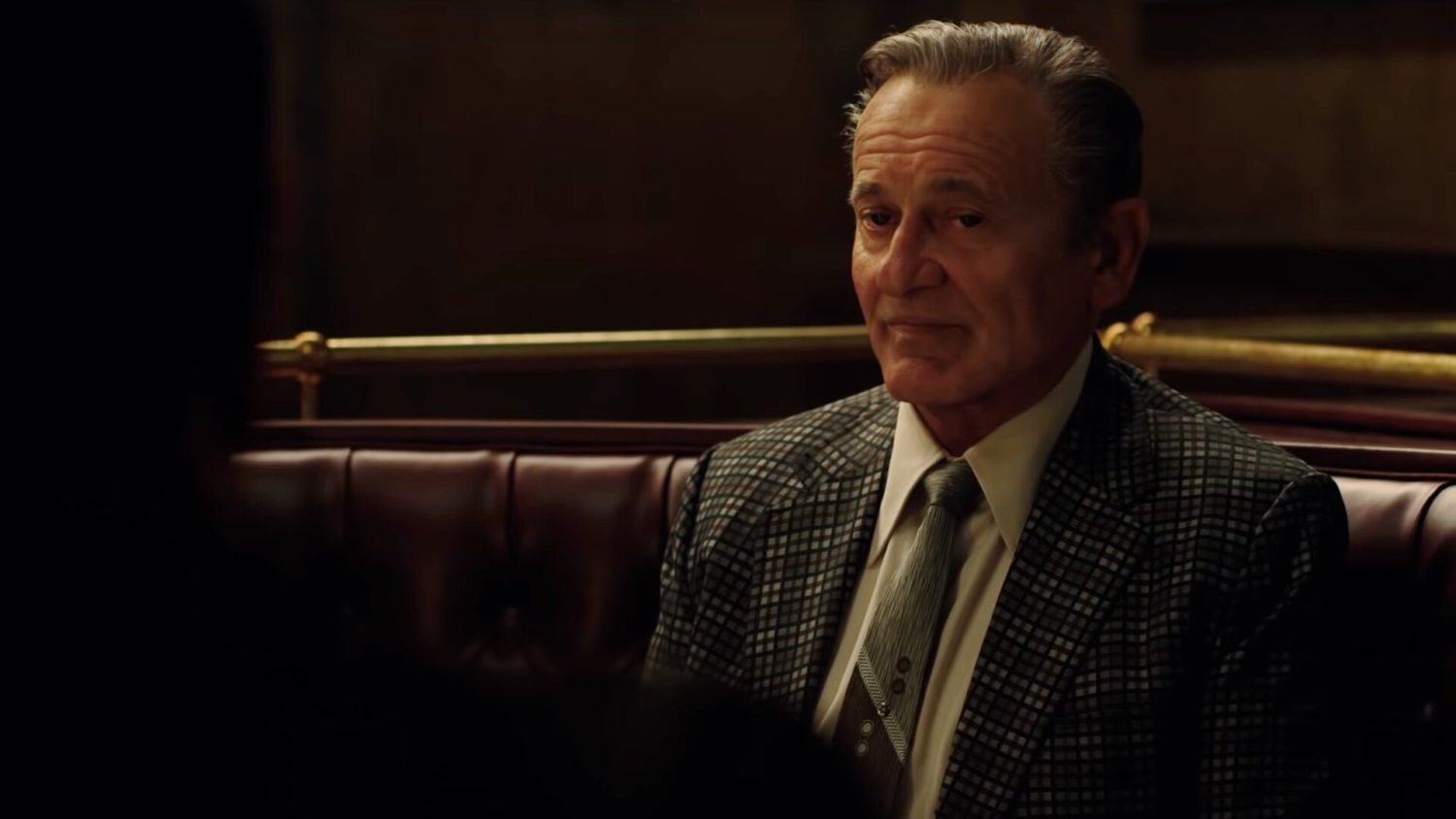 Ably supporting DeNiro is full-throated Al Pacino, reduced from his “hoo haa” histrionics but still expected to overuse the phrase “fuckin‘ cock-suck’r” every second sentence. Pacino at his full Pacino-est is always watchable, and I loved every second his twitchy, verbose Jimmy Hoffa appeared on the screen, but again I struggled to identify with his personal struggle or sense of motivation. Hoffa’s mystique as a historical figure appears to have been overburdened by Pacino’s garrulous, scabrous portrayal, no doubt embellished a touch by Scorsese’s sense of showmanship, but Pacino’s fiery work here will elicit a cheeky grin from anyone who’s ever followed his career. Less obvious, but still commanding his scenes, is Joe Pesci, delivering what I would as one of the more nuanced and textured supporting roles of the last decade (easily). Pesci is the film’s MVP in my opinion, his quiet demeanour and well spoken Russell Bufalino one of the most heinously memorable Bad Guys of the genre. A glance, a glare, a word left unspoken; Bufalino is genuinely horrifying in his own self-interest, and Pesci’s turn as the mafia don is one of the actors best performances. 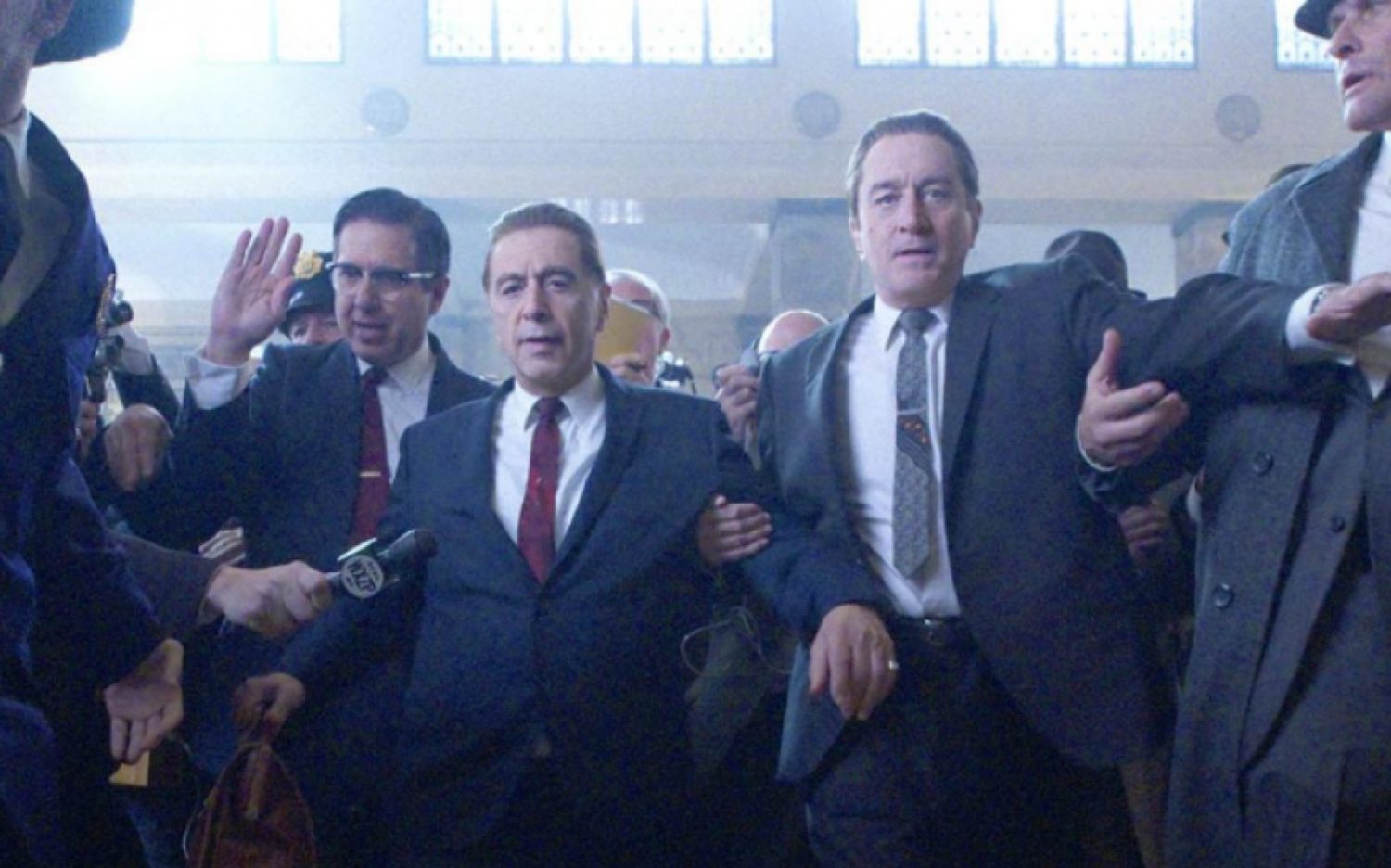 As you’d expect, Scorsese has wrapped his Ultimate Acting Threesome with a supporting cast of superb Hollywood talent, including Ray Romano as Russell’s cousin (and lawyer) Bill Bufalino, Bobby Cannavale as Felix “Skinny Razor” DiTullio, Harvey Keitel as Philadelphia-based mob boss Angelo Bruno, Jesse Plemons as Hoffa’s foster son Chuckie O’Brien, and Stephen Graham as “Tony Pro”,  the combative Genovese crime family member who alienates Hoffa whilst the pair are in prison. Anna Paquin’s Peggy, who has little to say but says a lot without saying anything, is as close to a moral centre the film possesses, mired as it is with human vulgarity, and watching Keitel do a solid gangster turn is a genuine delight. Romano doesn’t put a foot wrong either. Hell, nobody does. To the film’s credit, however, the whole thing feels lived-in, realistic whilst remaining a sanitised and fanciful depiction of true-crime events; and both the screenplay’s salty vernacular and the cast’s willingness to go with it all combining to sumptuous and vigorous effect. 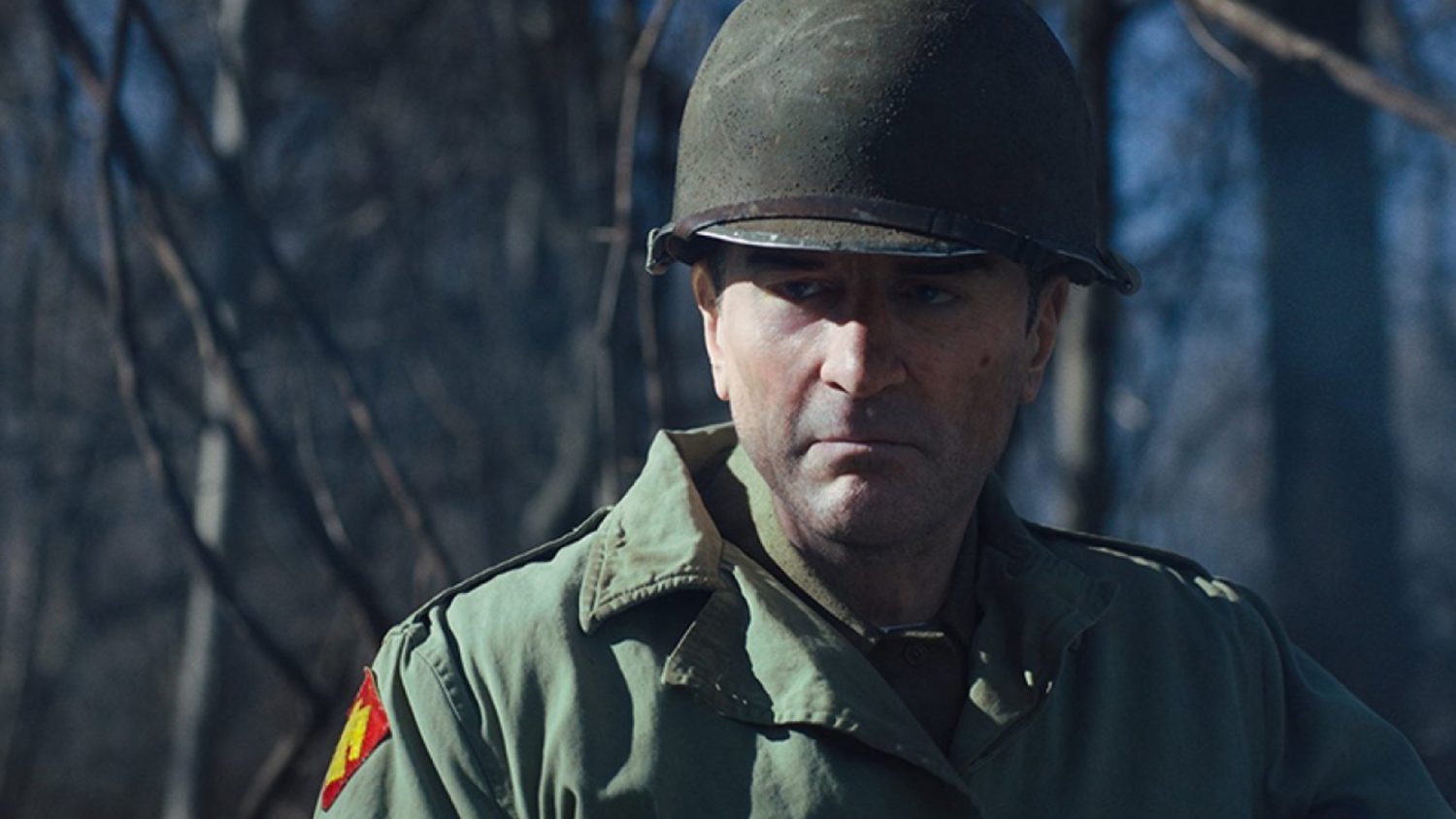 This all might sound like I’m readying myself to give The Irishman a great final score. Truth is, I’m not. The Irishman might be Scorsese’s longest and most expensive film to-date, but that doesn’t make it great. It’s very, very good, and occasionally dips into the arena of instant-classic, but it’s not the masterpiece some have touted it as. Oh, it’s not the gargantuan running time that does it – quite the opposite, in fact: the film never feels like it’s overstayed its welcome, and I’d have happily watched another hour or two of Pacino and Pesci coupling on-screen with DeNiro. Where the film falls over is in its dehumanisation of people to the detriment of our empathy for them. With Frank Sheeran feeling like a NPC and Pacino and Pesci doing their best-ever gangster shtick, there’s nobody in the film we can associate with or attach to. It’s a film of distance, both of time and persons involved. There’s a vast difference in watching quality actors Acting and watching them become a character we can invest in, with The Irishman lacking a cohesive central character who grows throughout. Which is a shame, because DeNiro delivers yet another career-defining performance. The constant overwrought conversations also tended to outstay their welcome, despite being generally well performed. What lessons can modern audience take from this film that they couldn’t from previous Scorsese gangster movies? Nothing new: humans are basically shit, and don’t get involved with the mob. 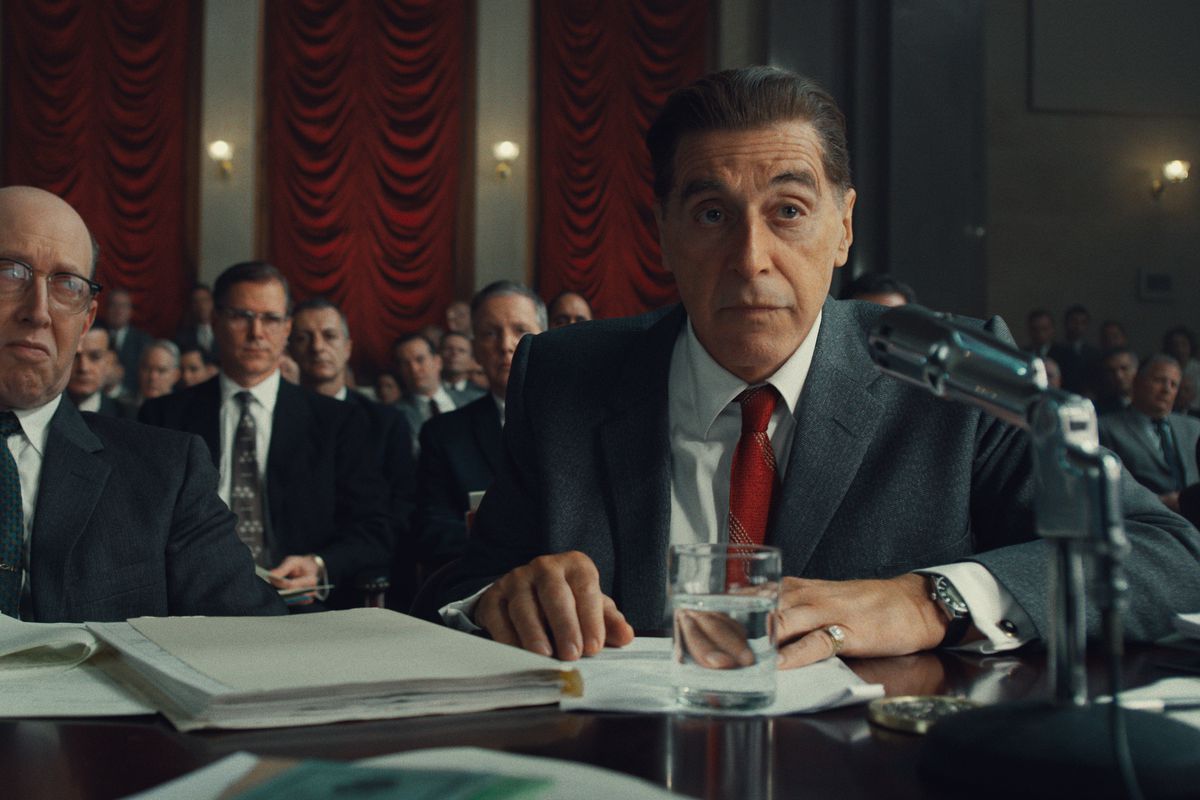 Aside from sporadic violence there’s a lot of shouting into the wind in this film’s tableau. A lot of masculine posturing and melancholy death, a lot of fateful human decay masquerading as character development that, when all’s said and done, works well enough to work well, but not well enough to elevate the pulpy, turgid nature of Sheeran’s life beyond that of a depressed, antisocial hoodlum. If you strip away the technical aspects of the film’s visual effects and wanton length, you’re left with a fairly basic gangster movie with nothing intrinsic to differentiate itself from others. This reduces the impact DeNiro et al can possibly have despite their best efforts, and it’s my opinion that this film’s “rewatch factor” will be decidedly lower than that afforded to his earlier classics. In the years to come I will reinvest some time to The Irishman’s lure, and I imagine my rating will wax and wane depending on my mood, but for now I remain aloof to the cacophony of acclaim surrounding the production’s release. It’s a very, very good film, this one, directed, edited and produced with exacting detail and some excruciating tension buried inside its mobster-filled frames, but there’s a sense of familiarity I couldn’t escape that reduces its exhilarating storytelling prowess.