The cinema landscape lost a titan the day Orson Welles passed in 1985. With him, multiple projects in development at the time, including the almost entirely shot but unfinished The Other Side of The Wind. The project stagnated in the years after Welles’ death, with fitful efforts to posthumously release it climaxing in a problematic legal quagmire that eventually shut the whole thing down. Now, nearly 50 years after cameras started rolling on the film, Netflix have pushed their considerable resources towards bringing it to fruition. Utilising Welles’ own notes and scripts, and the hundreds of hours of footage buried in legal vaults, the studio have released the final posthumous film of the great director, a visionary craftsman and storyteller who may or may not have one last great surprise for us all. 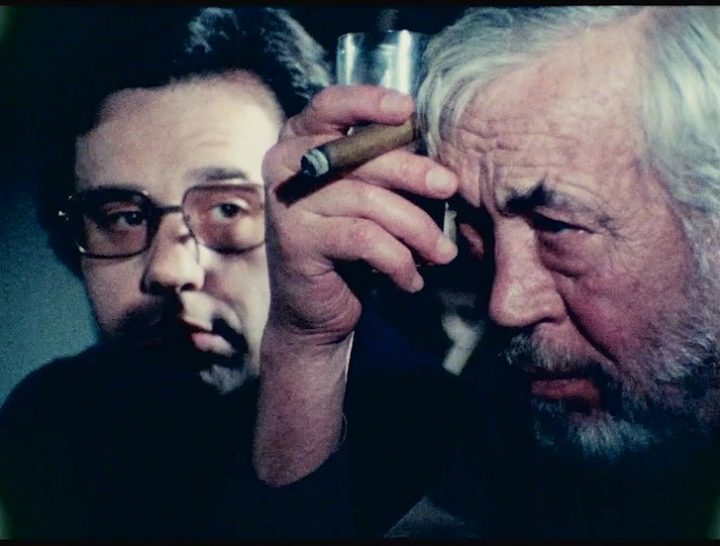 I wouldn’t call The Other Side Of The Wind a trainwreck, but the end result of what would have to be millions of dollars spent completing it will be wasted on the vast, vast majority of people who try and watch it. Centred around a film screening party for a famous Hollywood director (John Huston), the evening dissolves into a smattering of insults and half-manifested ego jolts, as various acolytes, reporters and actors congregate to witness the supposed “rebirth” of JJ Hannaford’s waning career. Interspersed within the film proper is the screening of a film-within-a-film, in which a variously clad and nude woman (Oja Kodar) seduces a similarly clad or nude man (Bob Random) and cavort in various studio backdrop locations; it’s this film that Hannaford is expecting to resurrect his career. 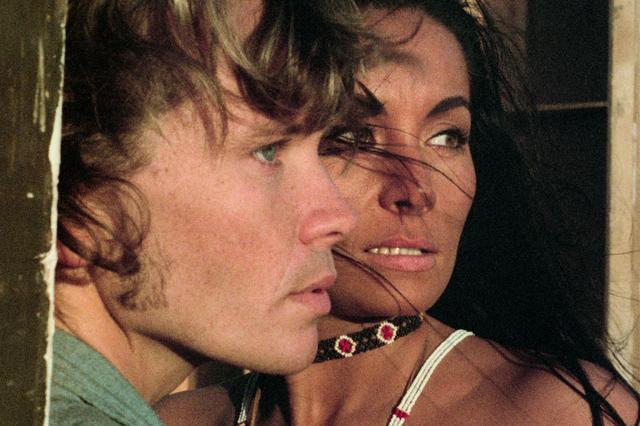 I lied. The Other Side Of The Wind is a trainwreck. A discombobulating, frustratingly esoteric affair without a shred of redemptive narrative urgency, Welles’ unfinished film should have remained exactly that: unfinished. A terrific cast is absolutely wasted in this documentary-style ramble, a treatise in timewasting and an exercise in tedium writ large on the small screen of Netflix. The film’s reputed autobiographical tones seem fixated on Huston’s ageing Hollywood stalwart at the expense of just about everything else, although the sidebar effort of Oja Kodar’s near continued state of undress throughout is purposefully “erotic nonsense” that feels more like exploitation than something Welles’ might concoct. It’s hard to sit this film together alongside the likes of Citizen Kane, The Lady From Shanghai or A Touch of Evil, what with its discotheque of visual kineticism and frantic editorial dictates. The story – such as it is – is confusing and hard to follow, the characters bewildering in motivation, and the film’s gamut of aspect ratio shifts, alternating colour palette, as well as Michael Legrand’s jazzy soundtrack, form a thesis of amateurish film-school repertory theatre transformed into a visual medium, and not a good one at that. 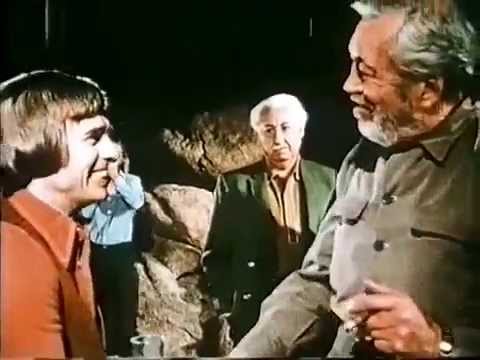 The concept of the film itself isn’t particularly well defined, the jiggly documentary cameras following Hannaford and his moving roadshow wherever they venture, from private screening room to the highways of California to the swanky mansion Hannaford resides at, and this fly-on-the-wall style might feel more potent if the editing wasn’t so jarringly frantic. Guys, hold a shot for more than three or four seconds, okay? The lack of visual context makes it hard to really concentrate on what’s being said, who’s saying it, and what the hell it all means, with Huston and co-star Peter Bogdanovich’s mellifluous narratives and monologues trying (from what I can tell) to crystallise the nature of Old Hollywood’s sudden slide into New Hollywood’s laissez faire attitudes and just fumbling the concept badly. I’m pretty sure there’s an arc for both characters hidden in here, but neither Welles’ script nor Bob Murawski’s co-editing credit can find them.  The protracted film-within-a-film sequences involving Kodar and the fabulously named Bob Random offer nought to the picture other than scant titillation – Kodar was Orson Welles’ real-life partner by the time the film was being shot, and it’s little wonder his camera lavishes attention on her lithesome frame, somewhat voyeuristically according to the film style of the day – and its inclusion seems redolent of Welles’ auteurism. 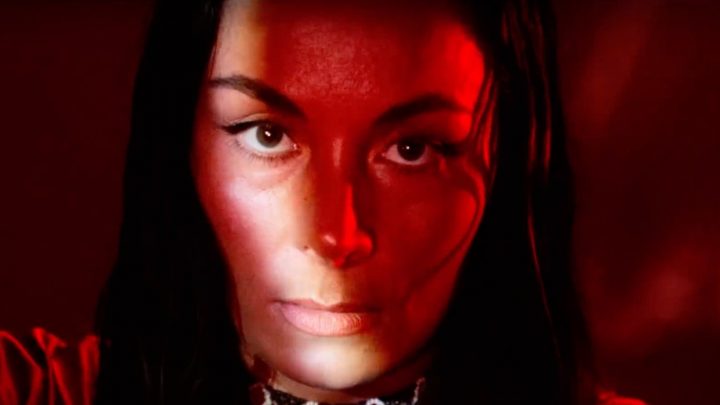 It’s hard to review a film such as this in the context of a 2018 release. The film was shot almost fifty years ago: some of the jargon and lingo used within the script will make young viewers scratch their heads and older viewers shudder with anachronistic awkwardness, and it’s this jarring sense of time-bypass that makes The Other Side Of The Wind feel too locked into the 1970’s. A time capsule of exploratory cinema? Okay, sure, but that doesn’t mean it’s any good. A frustrating experiment in style over substance, an incoherent overall point and some egregious editorial and cinematographic decisions, as well as a flagrantly pornographic focus on Oja Kodar for no apparent reason, and this film comes highly not recommended. Welles fans may lap it up or find things to dig out of it that I couldn’t, but casual filmgoers or happenstance Netflix button clickers will come away wondering what the hell is going on, and entirely displeased.