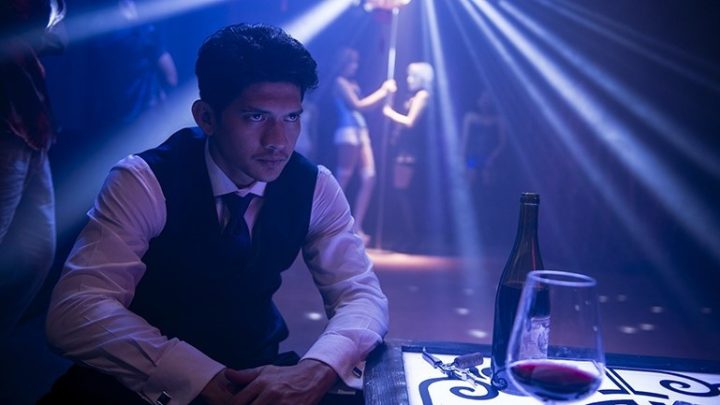 At the height of its power, the Chinese Triads control vast swathes of illegal drug, trafficking and smuggling trade. In order to maintain order with their vast empire, the Triad form a small delegate of elite assassins, The Six Seas, comprising of six men and six women. One of the men, Ito (Joe Taslim) refuses to kill a little girl, Reina (Asha Kenyeri Bermudez) from a village they’re tasked with massacring, becomes the target of the Triads’ vengeance, sending goons and henchmen to take him out. Ito hatches an escape plan to flee the country with Reina, but first he must take care of business. Intent on stopping him is former ally Arian (Iko Uwais), a deadly enforcer who is offered a significant career proposal should he succeed in killing his former comrade. 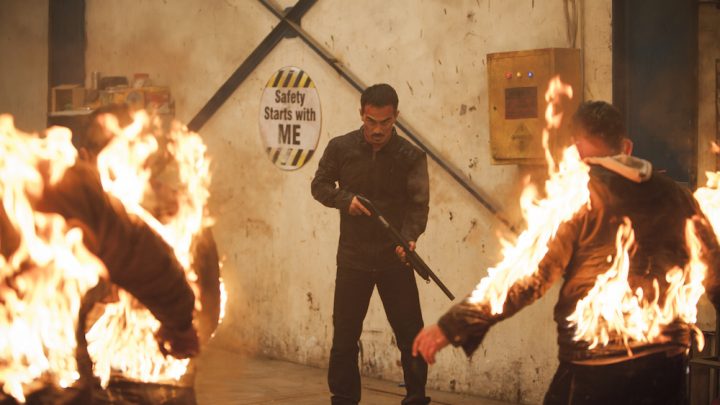 The Night Comes For Us is arguably one of the greatest action films ever made. Period. Once the action kicks in, it doesn’t. let. up. The absolute savagery on display throughout, as bodies are maimed in all manner of inventive and un-inventive ways, is filmed with a ferocity unlike any you’ve seen before, a slaughterhouse of blood and body parts that redefines the genre and makes a mockery of American cinema. Does the film fail the Bechdel test? Nobody in this movie gives a shit, as it ramps up its stylish combat sequences – from close-quarters police van destruction to multi-gang free-for-all’s that will astonish and amaze even the hardest of hardcore genre fans. Defenestrations, decapitations, knife fights, hatchet fights, gunfights, straight-up martial arts, for the life of me I couldn’t think of a single kill stunt or concept that isn’t covered by this bloodthirsty film. 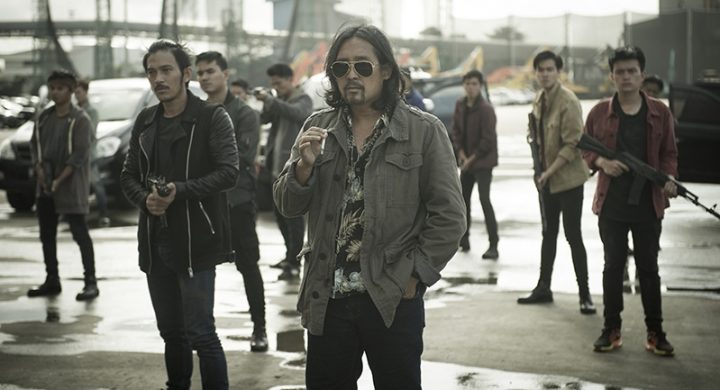 The story behind the film isn’t exactly fresh, using the tropes of Asian gangster films from aeons past as a structural foundation for this chop-socky affair. The brotherhood of assassins, betrayal, revenge, honour and creepy swarms of henchmen ready to attack all provide a knowing ballast to the thinly described plot, with stock characters – Ito is your typical homespun assassin trying to right the wrongs of his past life, while his friends, White Boy Bobby (Zack Lee), Fatih (Abimana Artastya) and Wisnu (Dimas Anegara) attempt to help him – and plenty of double-crosses and plot deviations to keep things interesting. The film stems from Tjajanto’s idea for a script he turned into a graphic novel, before eventually writing the screenplay here, and there’s a very Lone Wolf & Cub-in-reverse vibe to the movie I couldn’t shake. This isn’t a criticism so much as an observation, for the film does blend multiple unoriginal ideas together between its gory killing sprees. The film’s dialogue hones in on that ever-present archetypal arc of redemption, with characters hopelessly outnumbered forced to reconsider hope as an alternative, bringing an innocent girl through the miasma of her immediate worlds’ omnipresent carnage as a form of rebirth, if you will. 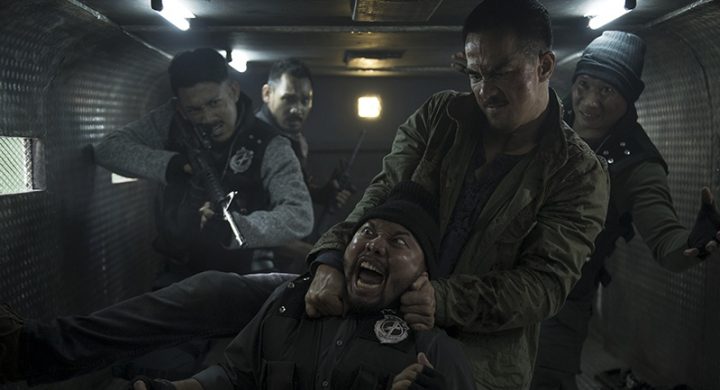 Where the characters and story tread some predictable pathways, the contortive action sequences are simply insane in both breadth, detail and animalism. Bordering on being a splatter film, The Night Comes For Us soaks the screen with limb-rending carnage, filmed with dexterous style by Tjajanto and his cinematographer, Gunnar Nimpuno, who utilises the scope aspect frame with a beauty and silky fluidity that maximises impact while remaining focused on the story and characters. Every blow, every stab and gunshot, every bullet squib and death is felt through the screen, high impact violence that’s as visceral as any in a mainstream action film you’ll see. Accentuating the violence is some propulsive sound design, not to mention exquisitely constructed editorial work from Arafin Cuunk, and an effectively Zimmer-esque score by Hiroyuki Ishizaka, apropos of Face/Off. The film’s sense of action feels similarly hyperbolic to the John Woo films of the 90’s indeed, meshed with modern film-making techniques and an adequate, if somewhat quicksilver, ability to create tension within a scene. I say this because the film’s breathless pace doesn’t really allow time for the heroes to generate any heroism, nor the villains to develop much beyond a quick head-tilt-music-sting cliche, even though Tjajanto does attempt to do something memorable. 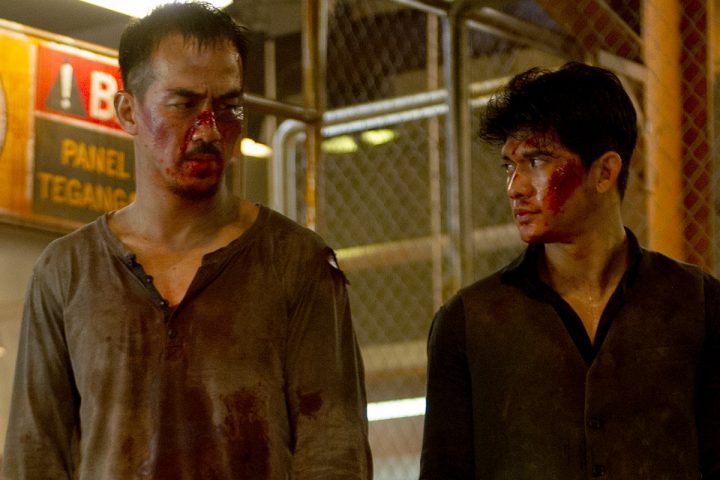 No, the most valuable assets here are the camera-people and the stunt crew, who work overtime to deliver a film that transcends language or modernity and exists on its own plane, brushing aside all comers as it renders the viewer catatonic with overloaded gore. It’s as if the people who made this figured the Raid movies weren’t bloody enough, and decided to (if you can believe it) up the ante considerably. The sheer weight of numbers thrown into harms way, via gun, knife, car or various other nondescript items laying about, is staggering, and the prosthetic work and copious blood is sensational. As I said, The Night Comes For Us is arguably the greatest action film I’ve ever seen, certainly it’s the most cathartic for enthusiasm. It’s almost like somebody finally figured out a way to put a first-person shooter up on the screen for real and this is the result. Gladly, I can thoroughly recommend this movie to fans of the action genre, and while casual fans may avoid it because it’s mainly in Indonesian (there are some scenes in English, for those heathens who hate subtitles, and I would expect a full English dub will arrive somewhere someday) if you love blood, gore and utterly insane filmmaking balls, this, my friends, is the movie you need to see.