Final. Yeah, right. The sixth instalment in the sprawling Nightmare On Elm Street franchise supposedly spelled the end of iconic screen monster Freddie Krueger, the razor-gloved one finally meeting his match…. sure, whatever you say, promotional guy. Inevitably, the Nightmare series would run its course, beset by iniquitous writing, a lack of focus on scares, replaced instead with gratuity and a maturing sense of showmanship that was unable to recapture the appealing simplicity of Wes Craven’s original premise. British director Rachel Talalay (more recently known for her work on Doctor Who) stepped in to take the helm from The Dream Child’s Stephen Hopkins, and eventual New Line and Dreamworks production executive Michael De Luca would pen the script from Talalay’s original plot. While The Final Nightmare would prove not to be the final nightmare, as history has shown, I’m guessing many fans of the early films would have shaken their heads at the sheer silliness this film would endure, and maybe wish it had been. 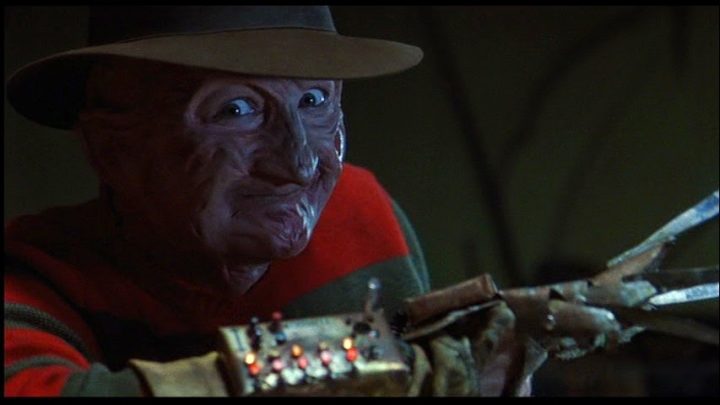 Ten years into the future, and Freddie Krueger (Robert Englund) has killed all the children and teenagers in Springwood Ohio – all, save one. A young lad with amnesia, “John Doe” (Shon Greenblatt) arrives in a nearby town and is placed into the care of Dr Maggie Burroughs (Lisa Zane) at a local care center for abused youth. WHile trying to uncover his identity, Maggie realises he knows about Krueger through his dreams; she takes him back to Springwood, although three stowaways inadvertently join them – stoner Spencer (Breckin Meyer), rape victim Tracy (Lezlie Deane) and abused deaf kid Carlos (Ricky Dean Logan). As they enter Springwood and eerie things begin to happen, the link between Maggie, John Doe and Freddy Krueger starts to become clear. 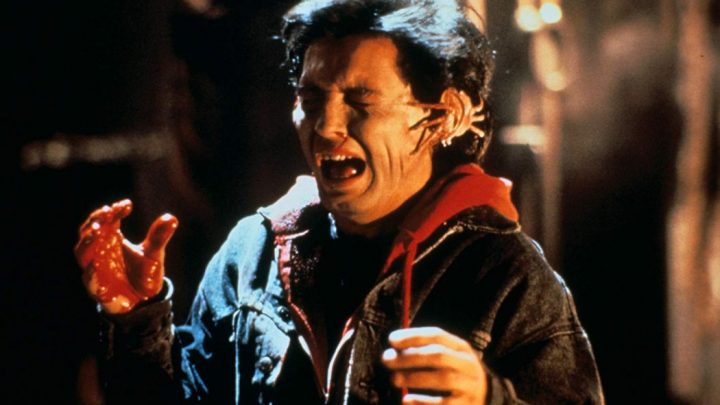 The problematic thing with Freddy’s sixth film is that the character isn’t so much scary or creepy as he is just annoyingly predictable. Every few minutes, one of the characters goes to sleep and Freddy shows up, tosses in a few one-liners, engages in cruel and bloody violence, and then the film moves on. It’s a horror film cliche to throw a bunch of clueless, innocent kids at a life-ending monster and The Final Nightmare doesn’t deviate from this. Instead, the film unwraps more of Krueger’s backstory, in trying to make the character more empathetic or sinister only gives him less menace. It’s the age-old problem: how do you make a mysterious, ambiguous character move forward narratively without removing the mystery and ambiguity? 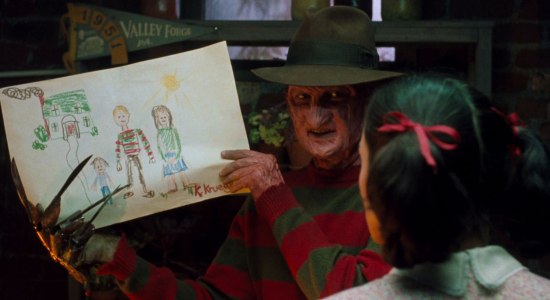 Sadly, by this point all you’re watching for are the film’s effects and creative kill scenes, many of which top anything to come from the franchise previously. Equally sadly, Freddy isn’t so much an iconic menace as he is a repetitive boogeyman, a jokey pastiche of pop culture references with solid early 90’s flavour production design. The sense of theatre the character had in his early years has vanished, replaced instead by Englund’s wicked glint and the script’s absolute penchant for wit. A staple of 80’s horror left over as the franchise entered the new decade, The Final Nightmare’s quantum leap in visual effects are a resounding success, however. Production designer CJ Strawn replicates the iconic Krueger family home perfectly, with an early reference to The Wizard Of Oz encapsulating the thematic fantasmagoria Talalay’s film contains, although in aiming high with visual gags, the legitimate scares somehow don’t quite ring true. The practical prosthetic effects still hold up superbly well, and the obvious bluescreen photography feels far more authentic in places here than any of the film’s previous. 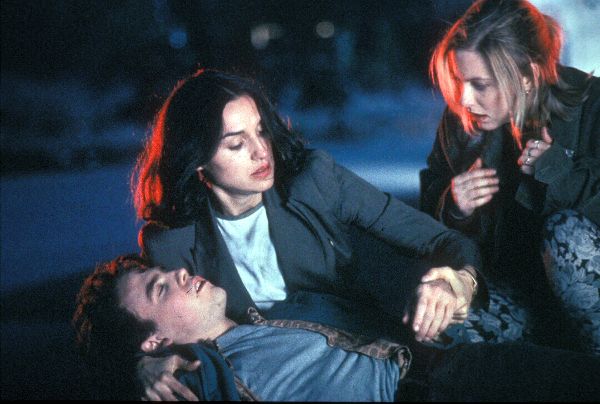 Undoubtedly the weakest aspect of the film is the acting, with the core lead cast doing serviceable, if not entirely professional, work on screen. Lisa Zane’s work as Maggie vacillates between competent and wooden, apropos of the franchise’s leading ladies to this point, while Brekin Meyer, Ricky Dean Logan and Shon Greenblatt are typically insolent as their respective teen roles. Poor Lezlie Deane comes off the worst, a thoroughly deadpan performance limited by poor scripting, and the young actress can’t manufacture a believable line of dialogue to save her life. For his part, Englund dons the famous shirt and glove as Krueger and delivers what is no doubt a crowd-pleasing portrayal in some areas of fandom, but to my mind the more we see and know of him, the less potent his screen presence becomes. Less is more, as they say. Brief roles to Alien star Yaphett Koto, as a youth center psychiatrist, Tom Arnold and Roseanne Barr as grieving Springwood residents, and Elinor Donahue as a creepy elderly woman make up the numbers. 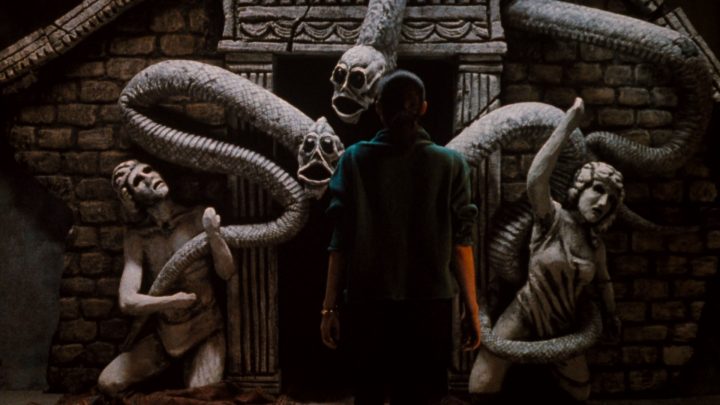 The Final Nightmare isn’t really scary. Not then, and certainly not now. The mythologising of Freddy Krueger throughout the franchise, and especially in this film, robs him of his larger menace, making him a character we come to know rather than just a flat-out monster of nightmare. The film shows considerable talent from Talalay (who would also work on Lawnmower Man a few years later) and feels higher budget than the estimated $10m, but the nett result is a film of dwindling tension and heightened genericism. Even a 3D sequence to conclude the film – which is unavailable to me now, on home video, but was to viewers of the film back in the day – is a hodge-podge of simple tricks and nonsense, the accompanying sound mix fixating on jarring the audience into shock rather than subtly accentuating it. I did enjoy revisiting the kooky “dream” themes of the film, but recognised the lack of genuine scares in place of Freddy’s backstory of horror.