Given the successful transition of Dwayne “The Rock” Johnson from the WWE ring to the big screen, it was only natural that other accomplished wrestling superstars would try and make a similar leap to capitalise on their potential. Alongside Johnson and fellow act-thlete turned actor John Cena, who has been appearing in low-rent fare for years now, Dave Bautista headlines this shlocky Die Hard clone in an attempt to further build a career outside his most popular franchise, Marvel’s Guardians Of The Galaxy. Having appeared in a number of supporting roles recently (including Blade Runner 2049, Riddick and Spectre), Bautista’s attempt to turn into a legitimate action star takes a monumental step sideways with this middling effort.

Bautista plays former US Marine Michael Knox, an itinerant solder who arrives in London to take his “niece” Danni (Lara Peake) to a football game between West Ham and a Russian team. Danni, the daughter of one of Knox’s former squad members, is a rebellious young woman who can only think about escaping her humdrum life with bartender mother Rachel (Lucy Gaskell). When the stadium is taken hostage by a former Sarkovian warlord named Arkady (Ray Stevenson – Cold Skin), who is searching for his thought-dead brother Dimitri (Pierce Brosnan – The Foreigner), Knox and stadium usher Faisal (Amit Shah) must team up to contact the police chief (Ralph Brown – Alien 3) but also outwit Arkady’s deadly henchman before the clock counts down and time runs out. 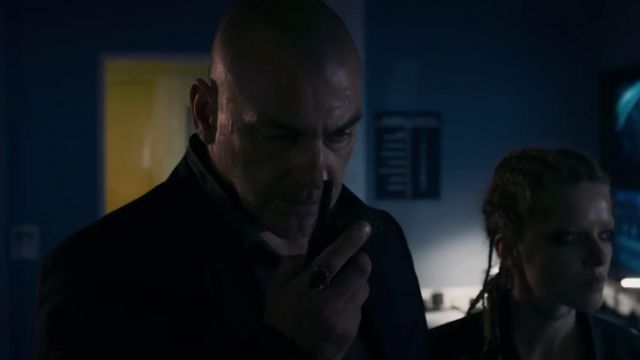 If you’ve ever seen the 1995 Van Damme movie Sudden Death, you’ll realise that Scott Mann’s Final Score is the English version of that very film. Transplanting an American action star in Bautista into a very, very British setting like a crowded soccer match (sorry, football) takes a brave producer, and an even braver director, and the film’s clumsy half-assed character set-up doesn’t mitigate the utter balderdash of Bautista’s hulking Knox taking on all manner of sub-Russian heavies throughout this inexcusably terrible movie. It’s a clumsy, patently ridiculous ride, this one, with chief villain Ray Stevenson absolutely chewing all the scenery in an attempt to personify a bizarre pastiche of every Gary Oldman bad guy you’ve ever seen rolled into one. 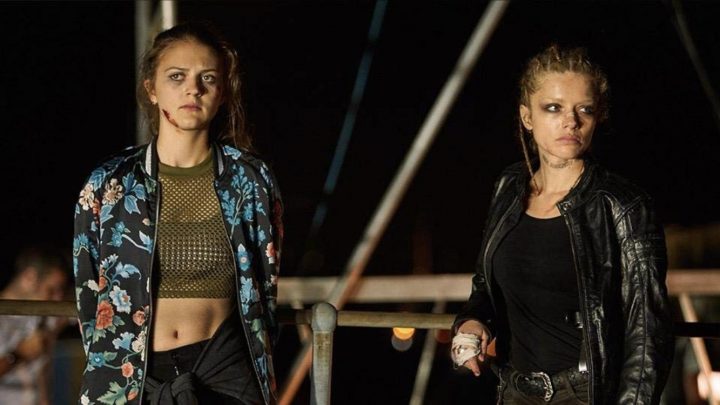 The script is credited to “The Brothers’ Lynch” (seriously, unless your last name is either Coen or Wachowski, never refer to yourself as a collective in any sense) and Jonathan Frank, although how this cliched, eye-rollingly predictable mess needed no less than three people to write I’ll be forever mystified. It’s your genuine low-rent Die Hard riff, with Bautista in the Everyman John McLane role and Stevenson taking on the Alan Rickman antagonist part, coupled with thousands of unwitting hostages in the stadium crowd who are there to witness a football game and are pawns in the terrorist plot. Poor Ralph Brown, playing the fairly unenthused chief of police, takes up the Al Powell routine as the external witness to the shenanigans, while Lara Peake, playing Knox’s surrogate niece, becomes this film’s Bonnie Bedelia, offering the token female participant. If you’re going to steal a plot, then I guess Die Hard and Sudden Death aren’t poor choices (Sudden Death doesn’t have Pierce Brosnan playing a mysteriously still-alive Russian warlord as its MacGuffin, however), but neither the script, not Scott Mann’s astutely brave direction of it, are up to the challenge.

In saying that, the film’s cracking sense of brutal action makes up for many – but not all – of the story’s shortcomings. Bautista proves beyond a doubt that he’s an awful actor, bludgeoning dreadful exposition and plot analysis between bloody takedowns of Arkady’s varied henchmen and women, all of whom parade around like they’ve got shit on their top lip whilst delivering thick Eastern European accents, and the film works best when it focuses on the action. When it’s talking or trying to build up its inane character development, Final Score falls hard. The action, such as it is, is played for real, with some legitimately decent moments that work (a sequence in which Bautista rides a motorcycle on the stadium’s roof, is laughable but enjoyable) and more than a few that do not (the close-quarters gunfights and fisticuffs are a shoddily edited miasma in almost every case), and the overall sense you get is that Bautista is reliant on clever cutting than any innate ability to fake a fight – he’s a former pro-wrestler, so we know his skills in showmanship are good, just hidden from us here! 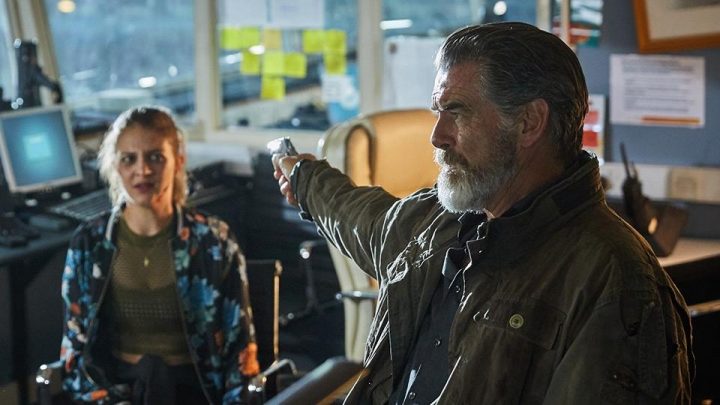 At a tick over 100 minutes the film’s pace is generally consistent, with a number of plot twists and sideways lurches to throw the viewer off guard here and there, but the inevitability of the Final Showdown between Knox and Arkady is never in doubt, it’s just poorly executed. The film’s unedifying sense of timing and dreadfully silly grandiosity are ruinous to all, especially Bautista trying his hardest to be hard-ass and edgy. There’s no real “moment” in the film, no single scene you can point to in this whole sorry mess and think “yeah, Baustista can carry a film on his own”, which I think comes down to the gritty nature of the story and Scott Mann’s enthusiastic but out-of-tune direction. Characters of interest are wasted too early, and sidebar characters who should only have mere minutes are given far longer on-screen than they need to be, while the film’s “hot crazy assassin chick” cliche is played far too stupid to really engender any sense of danger. Final Score is also one of those films in which the bad guys are terrible shots.

Final Score has moments that work, but more than plenty that do not. The plot is risible, the characters terrible, and the basic construction of an “action thriller” lamentably ordinary. Cliched, bizarrely redundant and altogether unlikeable, there’s very little to Final Score worth noting as a positive. Bautista needs to find some material that accentuates his abilities, not cast light on his deficiencies (dramatic performance, mainly), with this film a showcase on exactly what not to deliver if you’re attempting to emerge from the shadows as an A-list star. Mostly laughable for what it does so horribly wrong, Final Score would have worked better as a Jason Statham vehicle with more jokes, not a clumsy Sudden Death re-imagining with no discernible laughs and a mean-streak a mile wide.