A spiritual successor to Jumanji, Jon Favreau’s pre-Iron Man family adventure flick Zathura draws a lot from its similarities, thanks to practically the same premise established by Chris Van Allsburg’s successful book (which was a a direct sequel to Jumanji, whereas this film specifically isn’t). Although the film was a financial flop, and Zathura’s crowd-pleasing antics lack real oomph despite earnest performances from the cast, including a young pre-Twilight Kristen Stewart in a supporting role, Jon Favreau’s direction isn’t especially egregious; the real pity about this film is just how limited it feels in scope. 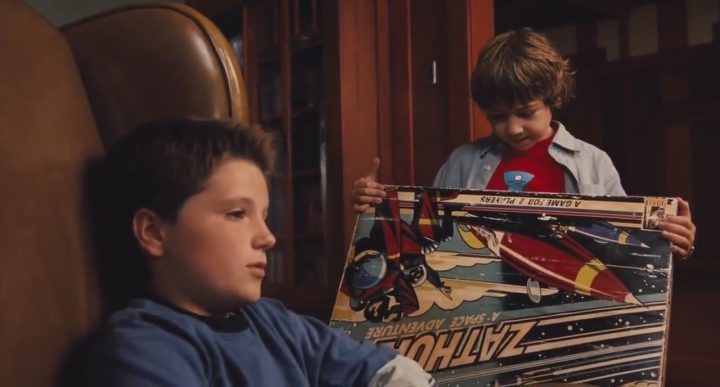 The Robin Williams Jumanji is rightly considered an adventure classic, despite our own particular issues with it, and so it was inevitable the properties of Van Allsburg, on whose book this film is based, would be again mined for more cinematic fun. Young brothers Walter (Josh Hutcherson – The Hunger Games) and Danny Browning (Jonah Bobo – Crazy Stupid Love) do not get along. Left home whilst their father is at work, they are looked after by their recalcitrant sister Lisa (Kristen Stewart – Snow White & The Huntsman), who spends her time napping. Danny inadvertently finds an old game, “Zathura”, and begins to play it, before discovering that the family home has been zapped into outer space to face all manner of troubles, including the flesh-eating Zorgons and rescuing a stranded astronaut (Dax Shepard – When In Rome, Hit & Run). Danny and Walter must take turns to play the game, each time with mounting obstacles set in their path to a safe return home: their relationship is tested by the travails they face, and only by working together can they hope to defeat Zathura. 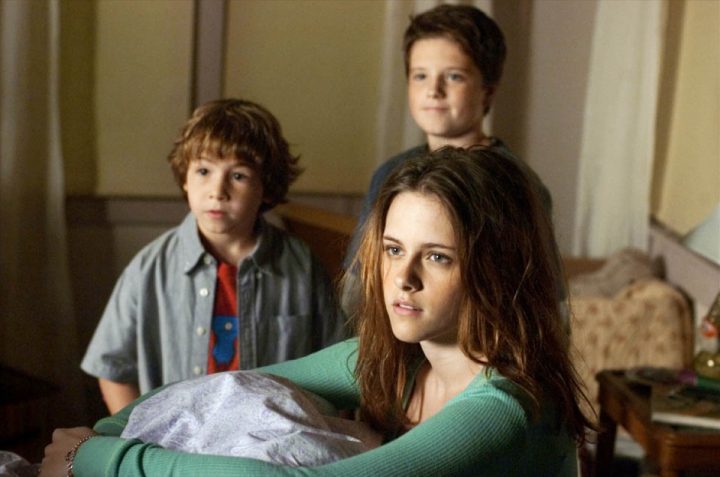 Zathura’s core premise centers around the family dynamics of the two young boys herein, and having to play an old-fashioned game of survival to overcome their problems with each other. Zathura is nothing if not an obvious film, with every nuance of the movie telegraphed well in advance for cinephiles like me, although the joy of the movie isn’t so much the sense of drama within but rather the dynamic, cartoonish adventure director Jon Favreau carves with his relatively limited setting. The entirety of Zathura occurs within the Browning house, a two-story edifice that undergoes all manner of destruction and violence as it hurtles across space via the magic of the game, and through this sense of closeness to the character they’re forced to examine their own relationships throughout the film. Similarly to Jumanji, each “roll” of the dice in the game presents new and exciting challenges for our heroes to face, almost all of which bring their relationships into focus in a manner that feels a touch too manufactured for my liking. 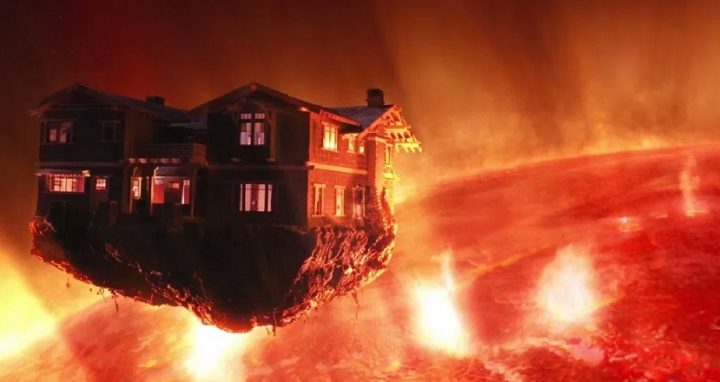 Written by the enormously successful David Koepp and co-written by John Kamps, Zathura’s pleasant screenplay hangs on the performances of Hutcherson, who is decent, and Bobo, who resides in the distinctly wooden realm of child actors, sadly, but both do enough to imbue this fanciful sci-fi opus with enough casual fear and heroism to manifest enjoyment for younger viewers. It’s a film aimed squarely at kids, and in this element Favreau captures the innocence and simplistic character dynamics to make its simplistic beats work to a T. Adults may find themselves guessing the film’s plot twists and story a mile away, but you never feel like it’s a dumb film because of this. It’s adequate, and that’s okay. Koepp’s screenplay amps up the danger present by the monstrously lizard-like Zorgons, and their presence as singular antagonists does little but offer moments of tension and relief in contrast to the character beats between the humans. 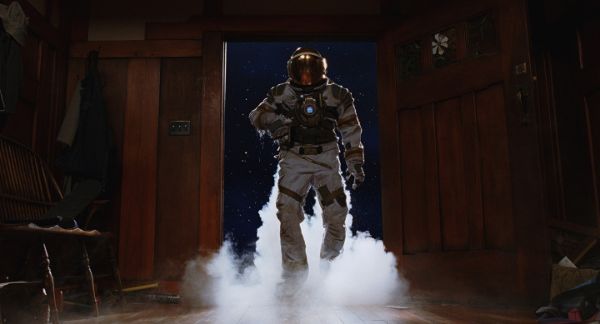 Kristen Stewart is amply nubile as the teenage daughter, whilst Dax Shepard offers a vaguely Sam Rockwell-esque portrayal as the central MacGuffin – the astronaut who happens to know all about what’s going on – and a cameo by Tim Robbins is welcome if somewhat stuffed into the movie. Hutcherson, as Walter, holds the film together as the angry pre-pubescent whirlpool of resentment, and comes off as the more natural of the Browning siblings, while Jonah Bobo’s role is to be the “annoying but charming” little brother he can’t stand. Bobo, who “acts” his way through a performance that feels like he’s being coached from just off-camera the entire time, is decent enough but – if we’re heading for comparisons – nowhere near the level of Jumanji’s Bradley Pierce. 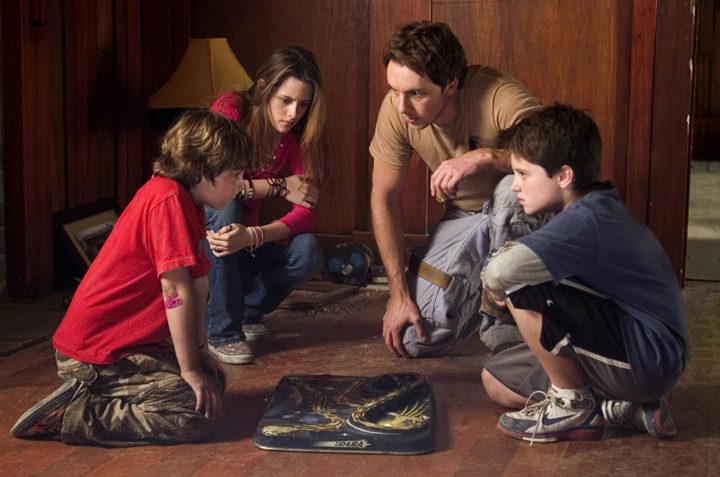 Visually, Zathura is a treat for the eyes and ears. Favreau’s camerawork and editing (thanks to Dan Lebental) is excellent and the film looks astonishingly big budget (it was made for a touch over $60m, recouping barely the same back!) and one can’t fault him for his sense of energy and fun with creating a layer of jeopardy across proceedings that will have younger viewers on the edge of their seats. I think the reason Zathura isn’t as memorable as its prominent brethren isn’t so much a failure of the film but rather the feeling of sameness to Jumanji as well as a less widescreen setting. Jumanji takes place throughout an entire town (and the remake across an entire continent), but Zathura is limited to the inside of a single house, which doesn’t lend itself to grand spectacle as much. I think this is the film’s crucial issue; your mileage may vary, of course. But I do think it’s a film that stands up as a coherent, eminently entertaining one that, despite echoing Jumanji in a manner congruent with arguments of copying, will thrill and engage the target demographic.