Fetid primal rage flexes its muscles in French director Coralie Fargeat’s brutal rape-revenge thriller, a glistening, sweaty, thunderous tour-de-force that maximises much about the rise of the #MeToo movement and the horror of feminine exploitation. In it, men are depicted as disgusting beasts, driven by base desire and self obsession (and a degree of self interest, naturally), and the comeuppance they are served is absolutely, uncompromisingly deserved. It’s not the kind of film I’d usually make a point of watching – I switched off the original I Spit On Your Grave about twenty minutes in, it was far too uncomfortable – but the high praise Revenge has been getting around the film community really piqued my interest. Layered in manifest cruelty and the rigours of survivalist tension, Revenge’s contextual buttressing of feminine strength overcoming all manner of adversity reeks of subtextual truth but also hammers home some obvious sexual aspects society continues to struggle with at its core. 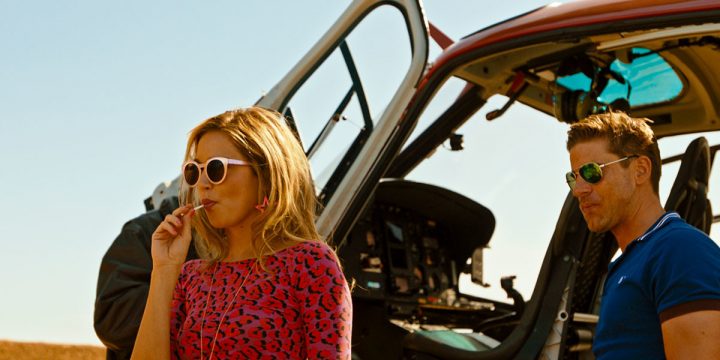 A wealthy businessman, Richard (Kevin Janssens) and his beautiful young mistress Jen (Matilda Lutz) arrive on an isolated retreat for a weekend of passion. When Richard’s associates, Stan (Vincent Colombe) and Dimitri (Guillaume Bochede) arrive a day early as well, the quartet are initially cosy despite Jen’s flirtatious behaviour causing the pair of interlopers to regard her with animalistic sexual predation. When Richard leaves for several hours, Jen is raped by Stan, before being pushed off a cliff by the trio to prevent her from talking and screwing up their lives. Critically wounded but able to survive her injuries, Jen decides to exact revenge on the men, arming herself and taking the fight up to them.

Revenge isn’t an easy film to watch. It’s violent, horrifying, uncomfortable viewing, a garish exploration of ill-placed masculinity and female empowerment; one part Lolita, another part Thelma & Louise, and the entirety of the aforementioned I Spit On Your Grave, the film’s nasty edge never washes away and there are images here that will linger long after you’ve seen it. Written by the director, the trio of men against whom our heroine pits herself aren’t particularly empathetic, which makes it easier for us to hate them and root for Jen’s inevitable reprisals being successful, but part of me wished Fargeat hadn’t taken such a simplistic route with their antagonism. It’s a statement about the brutish sexuality of men towards younger (perceptively weaker) women, a diatribe about control, strength and resilience that speaks volumes despite the gory, childbirth-like narrative. 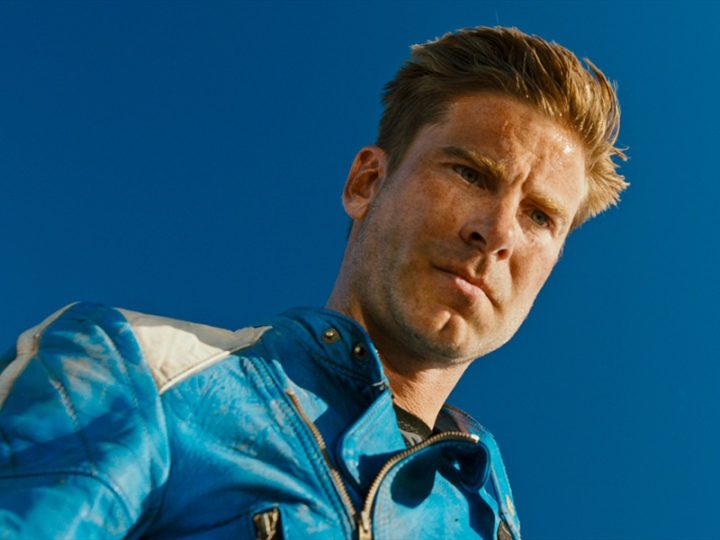 Jen’s journey from a pretty, Lolita-esque sexpot to strong-willed revenge seeker is captured magnificently, asking the viewer exactly why Jen should be treated as an object simply for being young and attractive, and turning her into a grim and gritty Lara Croft-type survivor within the space of about 60 minutes. Echoing real life, Jen’s trial of fire doesn’t end with her rape, or her near murder at the hands of the man she’s shagging: no, Jen must continue to fight to survive and make her way out of a literal wilderness to safety. Revenge isn’t subtle with its message or subtext, landing several decent arguments usually put forward by many men about why they rape women (she dressed too provocatively, I couldn’t control myself etc etc) and these made me cringe for their absolute accuracy. Thematic trauma aside, Revenge is a really well make film of its type, capturing the zeitgeist of female rage and refusal to remain subjugated any longer, and whether its B-movie violence and stark physicality turn you off, there’s no denying the story itself has been torn from the headlines of today. 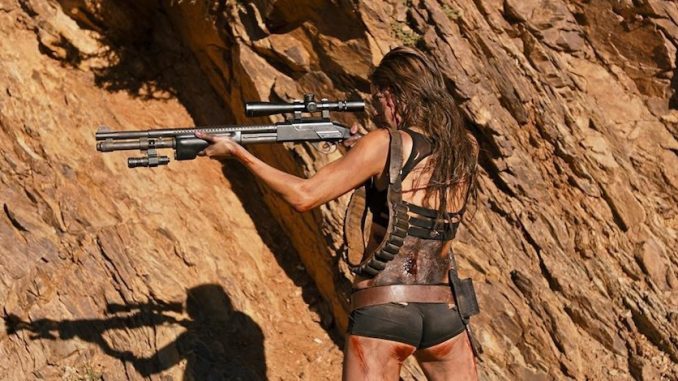 In terms of the movie itself, it’s well directed, well acted, and effects the viewer magnificently. Smothered in quiet and isolation, given protracted sequences of torturous injury and chases, the film inures itself pretty quickly with the motif of decay. Everything about this film is decaying, both the ethereal and material, and Fargeat really highlights these elements with a classy horror aesthetic. Rotting flesh has symbolism and Revenge is full of it. The tension of the film’s latter half ratchets up as Jen’s reprise against her attackers becomes a true cat-and-mouse game, set against the backdrop of the isolated property. The landscape’s barrenness reflects the men’s ethical sparsity, capable of not just rape but attempted murder in order to protect their apparently well-heeled lives back in the world. As the relationship between the three men sours the longer their hunt for Jen continues, Richard’s exhaustive evil and Stan’s resignation to their fate becomes a fascinating mirror to real world behaviours.

Revenge is a dish best served cold, they say. With Coralie Fargeat behind the camera, this film is a white-hot poker to the eye of rage, a slam-dunk genre thriller and a violent, exploitative, grungy piece of cinema. The violence may very well prod your gag reflex from time to time too, but against the wide open backdrop and Matilda Lutz’ brave performance as Jen, Revenge exacts its brutal endgame in a bloody suffering of carnage, pain and torture. Effective indeed, this film will have you squirming and cheering in equal measure.