Our fascination with organised crime continues with Den of Thieves, a barely-concealed Heat clone that dwells in the concrete jungle of LA and the capital-G good guys and capital-B bad guys within it. Flawed humans working the streets to survive, the criminals and cops engaging in a cat-and-mouse game as a band of highly organised crims seek to steal from the highly fortified Federal Reserve; Den Of Thieves is an engaging watch at times, although a confused focus on Gerard Butler’s character’s sociopathic personal life muddies the waters a bit. It’s all gloss and swagger, this film, a concoction evocative for only a few reasons, none of which are moral fortitude or ethical philosophy, and the film’s heavy sausage-fest pulp overtones reek of beer, cigarettes and emotional dissonance. 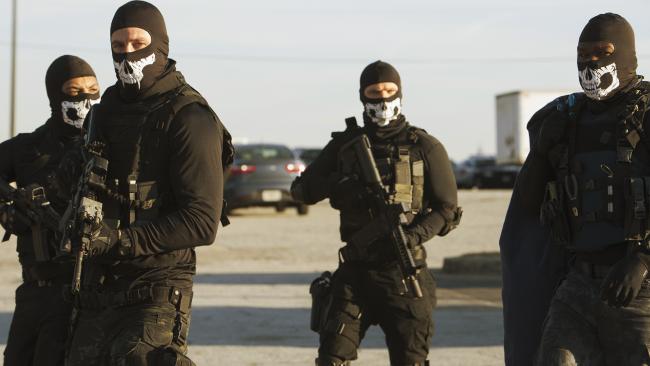 With shades of Ocean’s 11 and Heat brimming beneath its surface, Den Of Thieves’ violent, carefully built jenga-pile conceit takes a while to get cooking, but once it does the nail-shredding tension leaps into high gear. Although the characters within the film are something of a deficit, with none bar Pablo Schreiber’s Merriman and Butler’s O’Brien facilitating any kind of engagement with the viewer, the film’s electrifying heist plot and raw brutality is such that it overcomes these issues and delivers an at-times pulse pounding crime thriller. Butler ain’t no Al Pacino (nor is Schreiber a patch on DeNiro) but the echoes of Michael Mann’s seminal Heat are unmistakable. One might even think this is some weird reboot, if I was a tad more cynical. 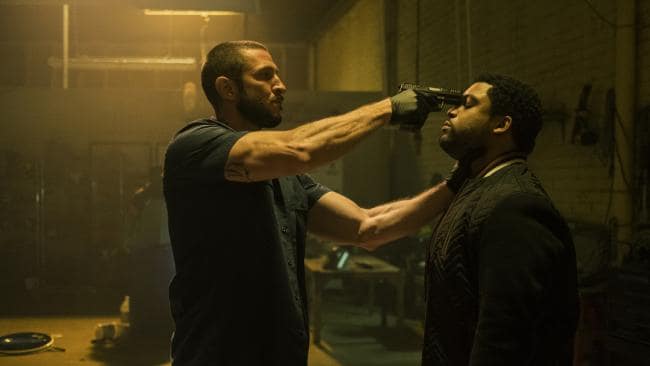 There’s a high body count, plenty of machismo, and an overdose of gunplay in the film’s cataclysmic final act, as if director and co-writer Christian Gudegast (who scribed alongside Paul Scheuring, and was also a credited screenwriter on Butler’s lamentable London Has Fallen) ingested all the pulpy crime noir films he could lay his hands on. As you might guess, there’s double-crosses and red herrings threaded throughout the film’s slower moments, but you’ll never spot them coming. Butler’s growling manifestation of an on-the-edge justice official isn’t particularly engaging, sadly, and in the end I’m not sure if I was supposed to like or hate his character – or a little of both – and his squad of fellow officers are decidedly a blank slate of cannon fodder. Merriman, as the architect of the plot to steal millions, is the charismatic centerpiece of the film, with Schreiber evoking a bullish Tom Hardy figure within the framework of the film. At one point I half expected him to put on a weird Bane voice as he confronted Butler midway through the movie, but alas, this meta-reference went un-referenced. 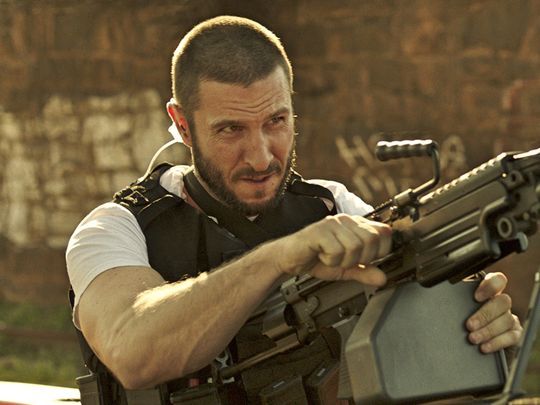 The film’s scant character development is secondary to the story. Instead, the careful build-up of the central heist’s machinations, the puzzle-pieces falling into position, are maximised by Gudegast’s stylish direction, which is slick, moody and sharply defined. The lengthy shoot-outs, exposition and location manoeuvring are all handled with a sense of energy and urgency, with the rising tension of whether or not the cops will crack the code and stop the heist working a treat through the first three quarters of the movie. It pays off, with a very enthusiastic backstreet shootout reminiscent of Mann’s Heat opus. Perhaps comparative assessment isn’t conducive to a high grade here – perhaps I should simply have just rewatched Heat instead – but I did enjoy the offering Den Of Thieves afforded me.

Den Of Thieves says very little about us as people. It doesn’t pretend to engage in intellectual discussions, nor do its characters have any intent to project a better version of themselves outward to enjoy. It’s a rat-a-tat crime thriller of limited appeal to casual fans, with a workmanlike plot and insufficient characters, but it for genre enthusiasts it delivers on grabbing the viewer with its high-octane heist concoction and for that, I was mighty impressed. Worth a look, although your mileage may vary.