Chaplin’s second Mutual short is a physical comedy based around the premise of firefighting. Oh, and plenty of cartoonish violence, as well. The Fireman sees Charlie star as a inept firefighter at a local city firehouse, where his clownish behaviour proves the undoing of a corrupt fire chief and a local father who wants to get rich off his home insurance. Endearingly, the film captures local Los Angeles street life at a time before the city became the concrete jungle it is today, and this time-capsule glimpse at a city in its infancy is probably more intriguing than the film itself. 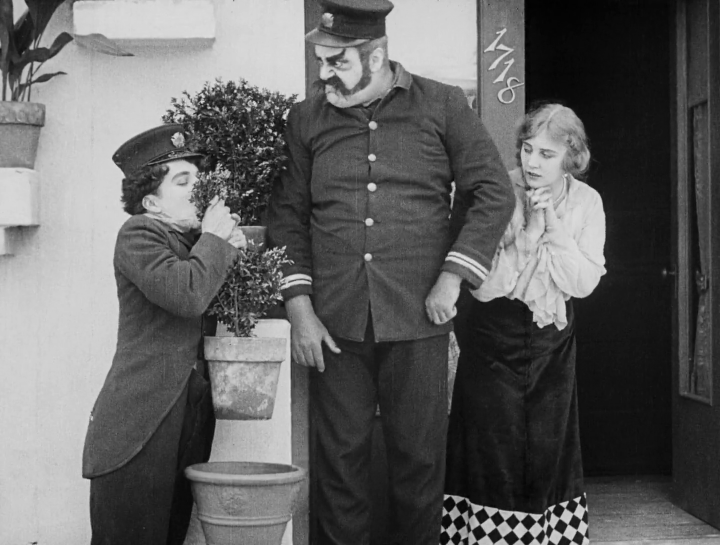 Chaplin’s Tramp is a firefighter. He’s not very good, sleeping through alarms and raising the ire of the Brigade Foreman (Eric Campbell, a Chaplin ensemble regular), who berates and assaults the little man at every opportunity. The brigade itself is enormously inept, unable to get through a full drill without something going wrong. When a local man (Lloyd Bacon) approaches the Foreman and asks him not to attend a fire at his house in the future, as he wishes to collect the insurance money, the Tramp inadvertently prevents another house from burning when he refuses to believe another man (Leo White) and his claims. Through sheer coincidence, the first man’s daughter (Edna Purviance) is trapped in her third floor apartment when the arson is committed, and only the Tramp can save the day. 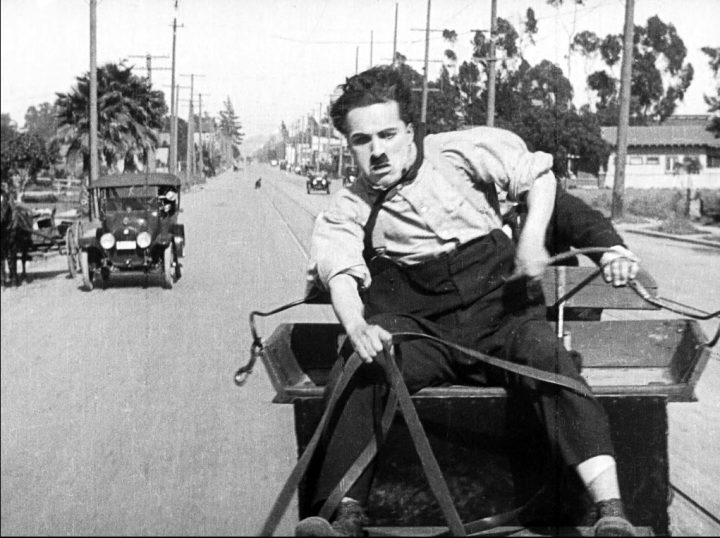 Like a weird Bugs Bunny cartoon, The Fireman is frantic with physical violence and stunts, a dash of wry humour, and a load of vaudevillian comic timing. Chaplin works overtime delivering laughs in this thinly sketched hi-jinks flick, in which continued confrontations with Eric Campbell’s menacing bully character wear thin after the first few dozen punches and ass-kicks. There’s a lot of butt-kicking in this film, all done with a casual flick and a blast of accompanying Wurlitzer score, a continued stream of Looney Toons-esque violence that, played today, feels a tad cruel. Cruelty aside, The Fireman’s strongest aspects is its final third, in which Chaplin and his firefighter brethren dash helter-skelter through Los Angeles backstreets (or rather, dirt tracks) to put out fires with their horse-drawn cart with massive water bucket on the back, and in which the strong romantic themes of the film permeate. 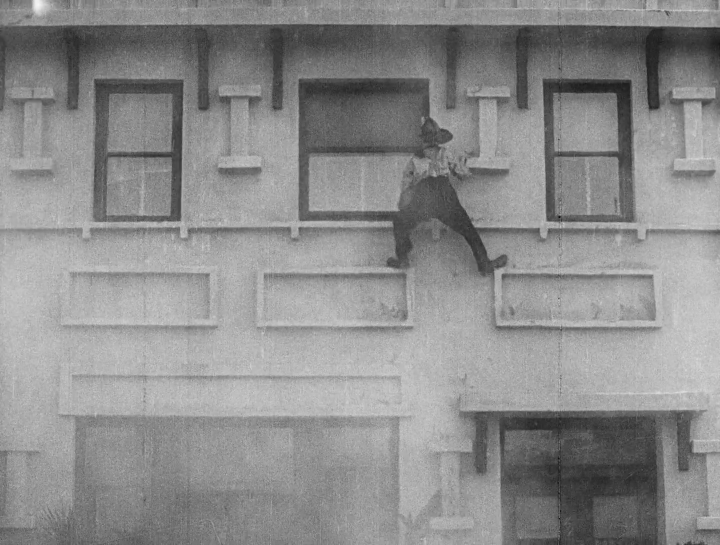 Chaplin, as always, is at his best when doing his manic physical comedy. He’s not so good here at turning collegiate brutality into something to giggle at, and the opening half of the film is fairly pedestrian when it’s not depicting all-out assault. Co-star Eric Campbell, dolled up with astonishing facial hair and makeup, is a campy, hiss-at-the-screen villain and foil for Chaplin’s eponymous underdog role, and his sheer bulk makes him a formidable physical opponent. Lloyd Bacon’s appearance as an elderly father to Purviance’s insouciant Girl is brief and indifferent, while the cavalcade of Chaplin players (including Albert Austin and John Rand) play extremely incompetent and hugely animated firefighters in the background. There’s times when this short needed that old cartoon-running sound effect, things became so nonsensical. 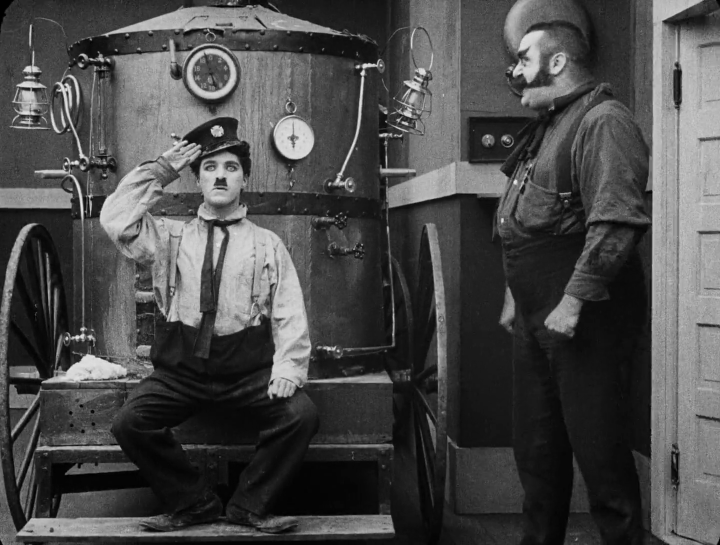 I guess at its heart there’s some romantic intent and action-lite flavour to The Fireman – a climactic scene sees Chaplin ascend, then descend, the exterior of a building on fire, in a stunt reminiscent of that achieved by Harold Lloyd in Safety Last!)  – and in this the short has plenty to savour. But the casual violence and apparent disdain for life and limb seems anathema to modern eyes and although I tried to view this film through a century-old audience viewpoint, at times I did cringe while watching. It’s a tone I didn’t feel worked, I guess, because in other Chaplin shorts this kind of thing is usually done to draw a laugh, but here it’s overused. The Fireman is clever, at times funny, and uniquely preserves a glimpse at early 20th Century Los Angeles, but the plot can’t sustain the madcap antics and the characters – even Chaplin – feel decidedly one-note.