Principal English Cast : Chris Niosi, Lucien Dodge, Edward Bosco, Jamieson Price, Rich Brown, Cristina Vee, Robbie Daymond, Ray Chase, Keith Silverstein, Doug Stone, Joe Ochman.
Synopsis: Years into the future and the human race has been defeated several times by the new ruling force of the planet: “kaijus”. And the ruler of that force is Godzilla, The King of the Monsters. Humanity is in such defeat, plans to leave the planet have been made, and several people have been chosen to look at a new planet to see if it is inhabitable. Realizing it’s not, though, the human race resorts to plan B: to defeat Godzilla and take back their planet.

Terrestrial cataclysm and alien religion is the order of the day in Godzilla: Planet Of The Monsters, the first of a purported trilogy of animated films from Toho Pictures based on their popular kaiju-themed saga. An intriguing premise and underdeveloped ideas within the film’s overall narrative clash badly, and the film lacks a lot of tension or expectancy, but whenever the titular Godzilla or his associated monsters are on the screen, this movie kicks into high gear.  Unfortunately, that’s far too infrequent for my liking, and Planet of The Monsters is a resolutely stifled, convoluted affair that tries for gravitas and genuine threat and achieves simply boring the audience to tears. 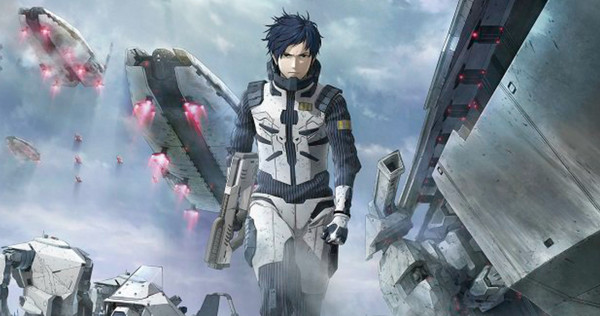 In the future, Earth is beset by the arrival of many kaiju, giant monsters that wreak havoc upon the Earth. However, the enormous Godzilla also appears and destroys both kaiju and humanity alike, making the planet uninhabitable. At the very last gasp, a fleet of alien craft arrives, carrying two races – the religious Exif and the empathetic Bilusaludo, both of whom seek asylum on Earth. After a plan to defeat Godzilla fails, the last of humanity must flee Earth with the aliens. Two decades later, a plan is hatched to return to Earth after an emigration plan to relocate goes awry. The warp jump returns the ship to an Earth some 10,000 years later, where the planet has changed considerably except for one fact: Godzilla is still alive and well, and needs to be destroyed before the planet can be re-inhabited. 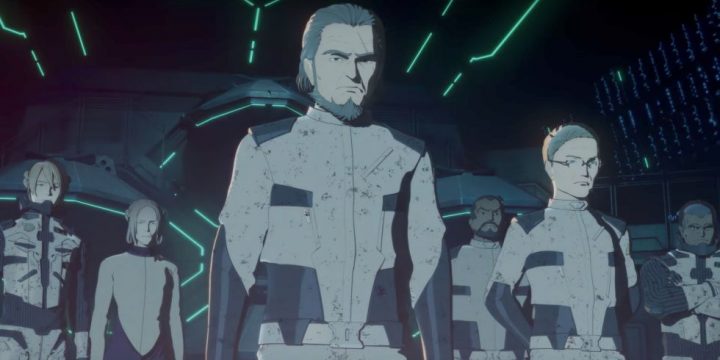 Godzilla: Planet Of The Monsters is, bizarrely, a blasted boring Godzilla movie. The studio’s decision to move towards animation rather than live-action for this project is obviously budget related to the story, and the animation utilised is of a quality worthwhile in terms of scale and enormity, but where this film falls flat is a preponderance of exposition and plot mechanics that fails to really grip the viewer like it should. Setting the film in the far future also removes a key element of the Godzilla franchise’s enduring popularity: seeing landmark modern infrastructure come crashing down between the thundering concussive destruction Godzilla and his big-screen kaiju friends can accomplish. Here, Earth is basically a human-free zone, devoid of identifiable landmarks or habitat to the point where the film could be set on literally any other planet and it would be just as bad. No buildings to destroy, just forest and jungle and…. well, that’s it. Emotional attachment to Earth is the film’s driving motivation, and it’s utterly vacant. 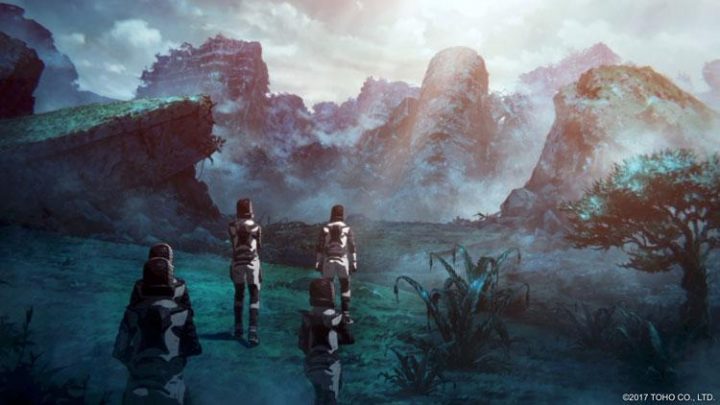 The film is a mix of anime and computer graphics. Ostensibly, the humanoid characters in the film are traditionally animated, while the array of mech, suits, ships and even Godzilla himself are all rendered through CG. It’s a sweet meshing of styles, and works well visually (apologies if my ignorance of modern anime styles shows, I’m largely unfamiliar with it) even when the story feels flaccid. Grand sweeping cinematography and a fluid, dynamic animation style make the film’s action sequences feel authentic and visceral, but where Godzilla’s animated feature debut really drags is with its characters. 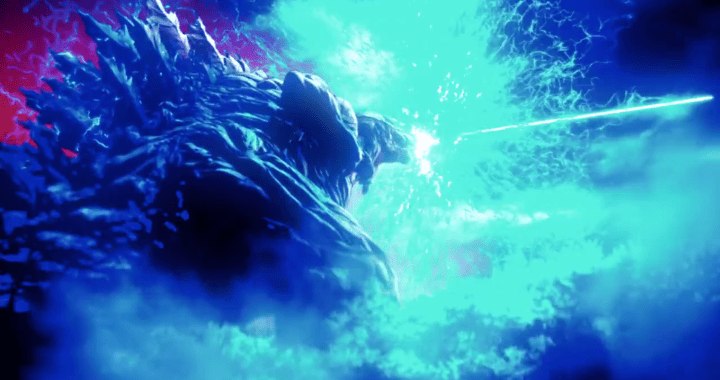 The central character is Haruo Sakaki, a human Captain desperately hoping to reclaim Earth from what he perceives as the evil threat of Godzilla. He has witnessed humanity become orphaned from their world, decimated as a race and having lost the very things that make them human. This ought to have been a really solid throughline for our fate as a species, but the film’s attitude to Harauo’s overall growth as a character is a shrug of the shoulders. Also a shrug is the story’s deliberations over the intriguing inter-species relationship between the humans, Exfil and Bilusaludo, a relationship effectively ignored once the film moves to its Earthbound combat sequences. Subplots and “careful” character construction are desolated by the film’s inability to carve meaningful attachments to its roster of non-human characters, Godzilla included, and as an action film there’s a “too little, too late” feel about its final half shenanigans. Cool animation can’t cover up inept plot construction. 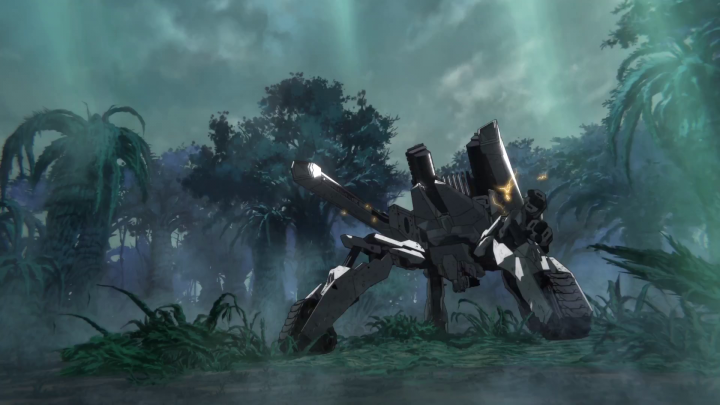 Godzilla: Planet Of The Monsters is ambitious, sure, but the film’s boring characters and clumsy exposition during a lethargic opening half will only amplify how destructive the finale is in comparison. It’s just boring, with stakes I didn’t care about and characters I was actively annoyed by. The ‘Zilla action itself is on-point and well made, but it could have been any other kind of monster movie and I’d barely have noticed. Godzilla is trading on his iconic silhouette and the film is the poorer for not giving us a film we can really dig into. Sadly, this Godzilla, while being enormous in size, is hindered by poor writing and even worse, a reliance on slim motivation and befuddling extraneous plotting to make its point. One can only hope the next two instalments fare better. The king of the monsters deserves it.