As a teen-centric slasher film mixed with Groundhog Day’s time-loop conceit, Happy Death Day is a diverting, engaging horror flick that thrills and entertains as much as it possibly can. A narcissistic and shallow young woman, trapped living the day of her own murder over and over again, is forced to solve the mystery of her killer’s identity over and over again. The concept itself isn’t new, sure, but Chris Landon’s direction and Jessica Rothe’s charismatic leading performance are both effective and engaging. The film’s slow unravelling of its onion-like plot, revealing clues and glimpses into the central character’s backstory, is well handled and the requisite jump scares, sense of creepy tension and crash-wallop sound mix all work in harmony to provide the audience with 90 minutes of great horror cinema. 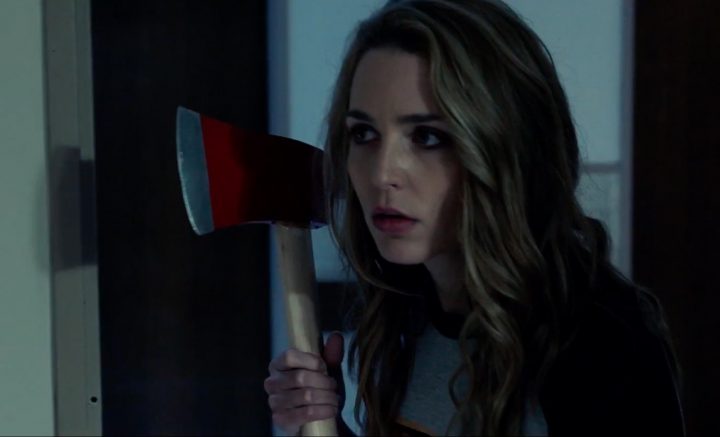 Collegiate vamp Theresa “Tree” Gelbman wakes up in classmate Carter Davis’ (Israel Broussard) dorm-room following a drunken binge the night before. Vapid and nasty, Tree is mean to her fellow classmates and is having an affair with one of her professors (Charles Aitken), avoiding her father, and generally being a bit of a bitch. When she’s suddenly murdered by a person wearing a giant doll’s-head mask, Tree wakes again in Carter’s dorm room, reliving the same day over and over, knowing she must solve the crime. In the process, she discovers more about herself, which may or may not work in preventing her own death. 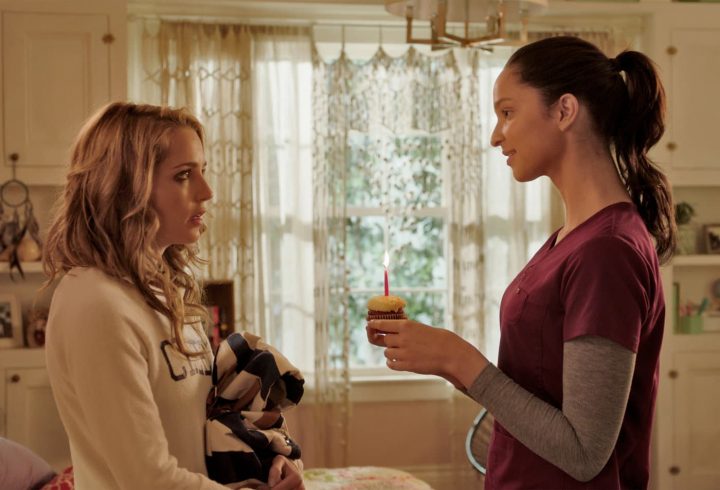 Truly great slasher films, the ones that stand the test of time, typically have two things: a decent leading character (traditionally female) and a memorable, mask-wearing villain. Halloween had Michael Myers, Friday The 13th had Jason Voorhees, and more recently the Scream franchise had Ghostface: all iconic screen villains who wore some kind of creepy or effectively malevolent mask while doing their killing. Sadly, great horror icons are a rare bunch these days, although it’s not through Hollywood’s lack of trying. A good creepy mask is an easy “in” for audiences to be afraid of, and Happy Death Day features one of the better ones, a hugely effective enormous doll-head mask character that absolutely oozes menace. 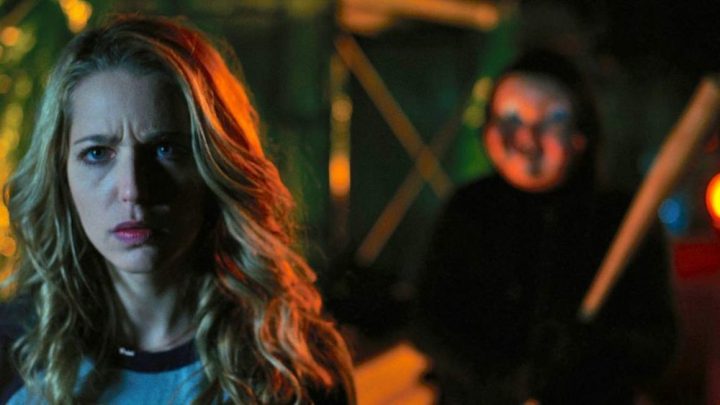 The creep factor is wrapped up in a weird Mean Girls mixed with Before I Fall mixed with Groundhog Day mixed with Scream. Happy Death Day’s premise scatters time travel conundrums and collegiate sorority cattiness and a load of bloody, fingernail-tearing death scenes that maximise impact thanks to clever direction and a fruitful, energetic leading performance. Written by comics book scribe Scott Lobdell, Happy Death Day skips between varsity crassness and emotionally moving subtext on death and redemption with dexterous ease, and although not the most original kind of premise going around the film manages to raise the stakes enough to make it memorable. Tree’s journey from self-centeredness (the formation of which is developed quite late in the plot’s revelations) to virtual hero of her own story is sweetly managed, and the third act plot-twist (while formulaic) works a treat because we grow attached to Tree’s growth as a person. 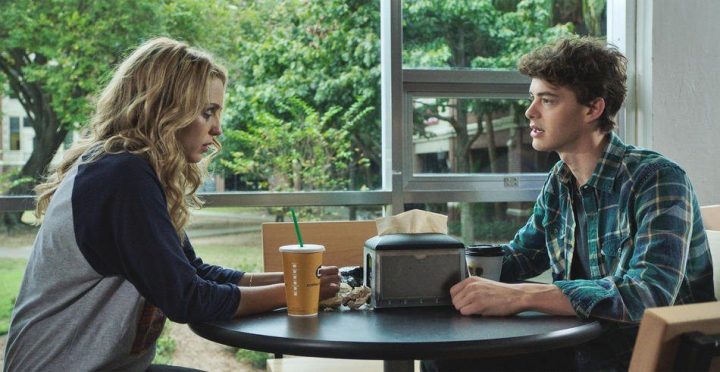 Jessica Rothe’s performance anchors the film with a keenly felt tenacity. Transitioning from vampy trampy harlot to well-rounded heroine is a tough ask without exceptional acting skills, and Rothe’s work here, although a touch too frowny-faced captial-A acting, is resolute and eminently entertaining. Israel Broussard’s work as Carter is solid, if undemanding (he basically has to look confused for the majority of the movie), while supporting roles to Ruby Modine, as Tree’s roommate, Rachel Matthews as the head of Tree’s sorority, Charles Aitken as the doctor Tree is sleeping with, and Rob Mello as violent psychopathic killer John Tooms all provide ample red herring clues to the ultimate revelation of the killer’s identity, while Jason Gayle pops in as Tree’s father. Nobody really has to do much other than look blithely concerned and/or confused, as Rothe’s reprisal of every single scene multiple times contorts and convolutes the mystery further, and the film is held upon the actresses’ shoulders considerably – thankfully, Rothe delivers a career-breaking turn and is easily in a class akin to Jamie Lee Curtis or Neve Campbell as cinematic “scream queen” legends. 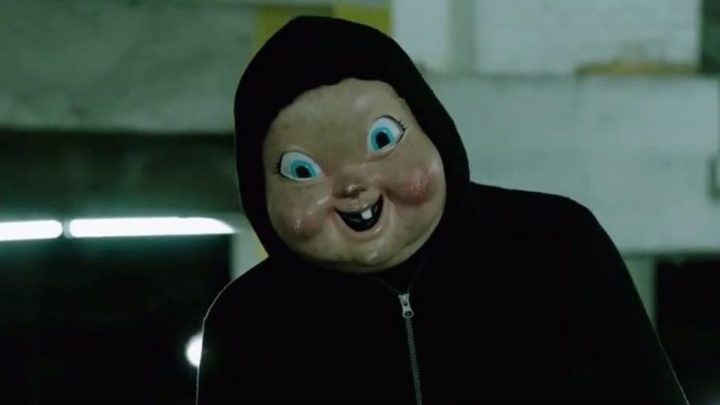 Happy Death Day is a delightful little horror flick that serves up its premise with hearty vigour and a sense of the sublime – the film even name-checks its genesis at the end, so it knows what its doing – and has a memorably iconic killer threat that I think worked really well. The film doesn’t outstay its welcome, although the ending does feel a touch forced and rushed, but with clever writing and some nice little sidebar characters the film is pleasant and diverting enough without asking too much of its audience. This isn’t a thinking person’s horror film, really, not that a slasher movie needs to be. Sometimes you just want to have the shit scared out of you and if you’ve got the volume up on this one, it’ll deliver. Happy Death Day is great fun.