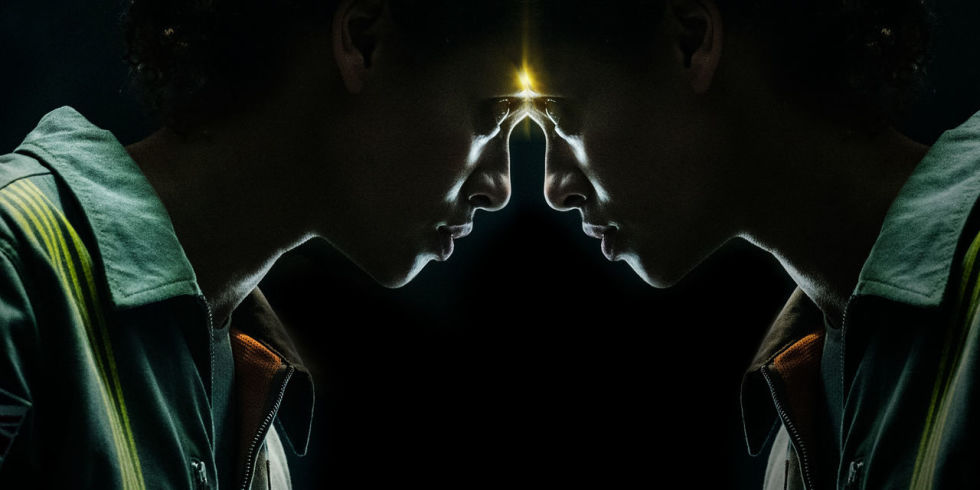 The JJ Abrams mystery-box franchise expands further with The Cloverfield Paradox, the second sequel to follow the original Cloverfield and 2016’s 10 Cloverfield Lane, and although not afforded a cinematic release (the film was dropped onto Netflix the night of the 2018 Superbowl) there’s a lot to savour in this effective sci-fi thriller. Set primarily on an orbital space-station designed to hopefully save mankind, the film’s time-twisting, space-bending plot and gradually ratcheting tension grift right out of Doctor Who, Aliens and any number of generic space-bound films you care to imagine. Although some of The Cloverfield Paradox is incredibly cliched, and plenty of it generic to the genre, the film’s tap-tap-tapping into Cloverfield’s mythology and broadening of its scope is scantily dressed enthusiasm in collision with solidly directed focus.

The Earth is on the brink of chaos: nations are about to run out of supplies to feed, power and protect their populations, and the United Nations has sent a team of six into orbit in a high-tech station to find a solution. An enormous hadron collider, designed to find a limitless source of power and save mankind, is test fired to multiple failures. On board, the crew – led by Commander Keil (David Oyelowo), fire the collider for the 47th time, only to find the station suffers almost critical damage following an energy surge. Technician Ava Hamilton (Gugu Mbatha-Raw), who has left a husband (Roger Davies) back on Earth, along with Russian particle physicist Schmidt (Daniel Bruhl) and assistant Tam (Zhang Ziyi), discover that following the surge the station appears to have moved elsewhere in space, effectively “losing” Earth. Russian navigator Volkov (Askel Hennie) becomes infected by a strange entity, leading to a graphic and brutal discovery by medic Monk Acosta (John Ortiz), while engineer Mundy (Chris O’Dowd) loses and arm to a mysterious void in a bulkhead wall. Not to mention the sudden appearance of Mina Jensen (Elizabeth Debicki), who claims to be a member of their crew.

There’s some after-market discussion on exactly how much of this film was always going to be a Cloverfield film and how much of it was original IP. Although filmed under the title “God Particle” (which would explain the hadron collider element of the film’s plot), The Cloverfield Paradox’s dimension warping premise is roughly shoehorned into established franchise lore using clever editing and a sweet little subplot linking this film to the original. The film is obvious enough in its intent: a small crew of random humans clustered together trying to save humankind, and all the tensions therein, only for several spanners to be thrown into the works. No, not spanners, entire toolboxes of wrenches.

Playing out with the urgency of films like Supernova (ugh), Event Horizon, and Gravity, Julius Onah’s film has the trademark stamp of JJ Abram’s lens-flare enthused production design and a sweaty, jokey-kinda patter to its premise that, were it not so serious, would be hilarious. The film’s preposterous argument is that humanity has sent an enormous bomb into space with the intent of developing a power source unrivalled in its ability to save mankind’s impending implosion, and the release of such energy somehow causes a “cloverfield paradox” (as explained by a briefly seen and inexplicably confusing Donal Logue on a computer monitor) whereby entire dimensions will collide and the very fabric of space-time will rupture.

It’s all very timey-wimey but it matters naught for the core of the film, which is to say that six or seven people running about a rapidly collapsing spacecraft with generic oxygen, power and steering failures all occurring neatly one after the other is all very shiny. Written by Oren Uziel (from a story co-scripted by Star Trek Beyond scribe Doug Jung), The Cloverfield Paradox weaves elements of Chris Nolan’s Interstellar, Ridley Scott’s Alien (yes, I know, that film again) and the original Cloverfield’s mysterious creatures-from-space conceit and wraps it all up into a sprightly, deftly directed tin-can-in-space adventure that becomes predictably entertaining in almost double-time pacing. The film springs some moments of genuine awe into the mix, although if I might say at times it feels like it lacks focus in the creepy stuff in favour of the humanist dialogue led by Gugu Mbatha-Raw (Miss Sloane, Jupiter Ascending). Raw’s leading character is the one we’re supposed to empathise with – her children have died tragically somehow, her husband has sent her off on a two year mission to deal with her grief, and now she’s trapped aboard a space station with seemingly no way to get home.

Gugu Mbatha-Raw’s performance is far better than this film’s story deserves, although having top-line talent like Daniel Bruhl (Rush) and David Oyelowo (Selma) backing you up you’d think things might turn out better. Both those actors have material to work with but they’re sadly underdeveloped. Co-stars John Ortiz and Chris O’Dowd – the latter feeling like a poor man’s Brett from Alien – seem to have the most fun, while Chinese actress Zhang Ziyi should feel utterly gypped by the lack of care shown to her resolutely indifferent role. Aussie actress Elizabeth Debicki (The Great Gatsby, Guardians of the Galaxy Volume 2) is the film’s obvious twist point, and through no fault of hers could I spot where her character was going to go early in the movie. The “back on Earth” subplot, involving Roger Davies’ poor nurse/medic/doctor character, seems like it’s there only to keep us grounded for Ava’s intent to return home, and his arc literally goes nowhere. He rescues some poor child from a wrecked building and then….nothing, really.

In much the same way I enjoyed Geostorm, so too I enjoyed The Cloverfield Paradox. The final frame blast of monster fun (sorry, spoilers, but this is a Cloverfield movie) was expected and worked the story into the crosshairs of the original, but in truth I’m kinda hoping the next film somehow becomes more about the monsters again than people tangentially involved in them being on Earth. 90 minutes of gravitational contortion for a brief glimpse of a monster at the end? That’s the same trick employed by 10 Cloverfield Lane, although that film had a far better dramatic storyline preceding it. For what it offered and the money behind it gave me, The Cloverfield Paradox is far from a bad film, even though it is riddled with cliches and genre fans will find themselves predicting a lot of the plot well beforehand, but in escapism and entertainment I really had a good time with this. Is it stupid occasionally? Sure, but then so are some elements of Star Wars and Star Trek. No film is truly perfect.

Cloverfield has become a remarkable polarising franchise in modern cinema: the trailer for this film dropped barely two hours before it became available on Netflix, which has to be some kind of record. Whether this film becomes a cult classic in the same way the original two films managed remains to be seen, but for the manner in which it attempts to sideways explain the events of Cloverfield’s monstrous arrival, this film has plenty to offer the casual viewer. Bombastic, occasionally thrilling, and always managing to keep its mystery ticking along in spite of moments of predictable cliche, The Cloverfield Paradox is well worth the time spent and a nice addition to the franchise’s mythology.