Sentimental to a fault, 1941’s How Green Was My Valley is perhaps most famous for winning Best Picture over Citizen Kane, the latter regarded now as one of the greatest films ever made. Valley, perhaps unjustly, kinda has to be a heck of a great film to warrant this upset – spoiler, it’s no Citizen Kane, but it is a good movie – and it’s easy to see how it must have appealed to Academy voters of the day (the US was barely two months away from being bombed at Pearl Harbor) with its narrative of anglo-saxon middle-class Welsh people wrangling with the industrial revolution’s effect on their small village. Although a touch overwrought, How Green Was My Valley is idyllic enough to overcome patchy theatrics and maudlin sensibilities to remain one of John Ford’s more memorable non-western films, and a highly regarded piece of American cinema history.

In the south of Wales, the Morgan family – patriarch Gwilym (Donald Crisp, eventual winner of the Best Supporting Actor Oscar), matriarch Beth (Sara Allgood, Best Supporting Actress nominee), and their band of grown sons, and one younger one, Huw (Roddy McDowall), as well as daughter Angharad (Maureen O’Hara). The family is closely linked with the local coal mine, which at the commencement of the film has just started providing income for the valley’s working residents. However, as conditions at the mine worsen, industrial action is suggested (bah, socialism, cries one denouncer) and violence threatens until new church pastor Mr Gruffydd (Walter Pidgeon) placates the town and finds himself in a meet-cute with Angharad. 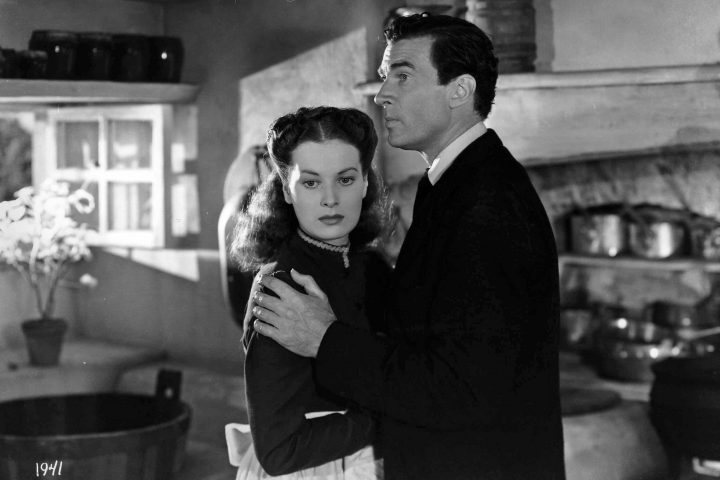 The credit list opening this film is a decent pedigree for any Hollywood production. Produced by industry titan Daryl F Zanuck, directed by cinematic maestro John Ford, edited by the inestimable James B Clark (nominated for his work here), lensed by three-time Oscar-winning cinematographer Arthur Miller (for this film as well as The Song of Bernadette and Anna & The King of Siam), and scored by legendary musical composer Alfred Newman, How Green Was My Valley was absolutely aimed at awards show glory simply by virtue of the talent behind the camera, let alone in front of it. The film’s crisp black and white photography is seemingly at odds with the greenery intimated by the film’s title, and there’s an incongruity between the salutary valuation of the titular valley and Miller’s capturing of its beauty (the film was shot in California, on a purpose-built full sized set). Nevertheless, Valley’s beauty isn’t so much in its imagery as it is its ripe declarations of such by unseen narrator Irving Pichel, as an older Huw recounting his childhood. 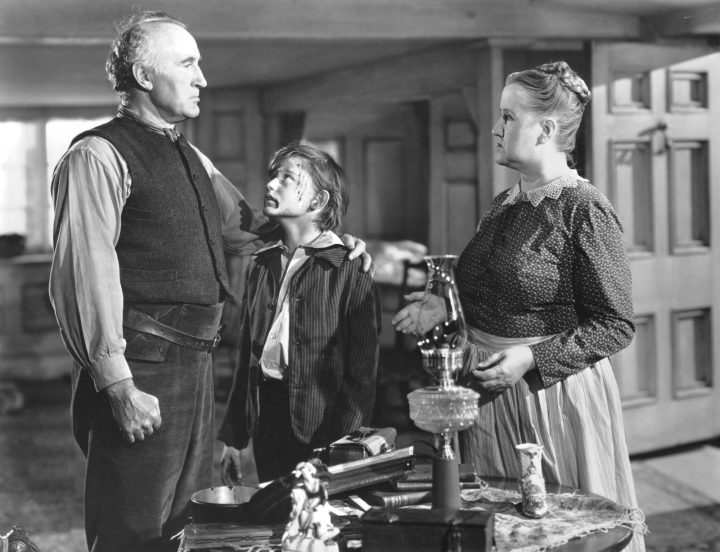 Based on the novel by Richard Llewellyn, How Green Was My Valley was adapted by screenwriter Philip Dunne (The Ghost & Mrs Muir) and contains plenty of the original author’s flowery prose. Almost too much at times, as sentimentality threatens to overwhelm what would ordinarily be a pedestrian trials-and-tribulations affair of proud people trying to maintain a family way. Much of the dialogue is screen-ready, overly theatrical and definitely too heavy handed, but it comes with the sharp-witted Ford’s immaculately staged camerawork – the film features some startling framing and matte painting work to extend the already massive township set, and the lighting design in the film’s darker narrative moments is exquisite. Ford’s direction here offers some moments of potent dramatic urgency, but far too often it’s smothered by a layer of overly-bright pastoral saccharine aftertaste, and occasionally the mix doesn’t work so well.

“Another beating like that and he’ll walk home dead!” – Beth Morgan

The omnipresent theme of capitalism overshadows a lot of Valley’s idyllic vision. That’s the point, I guess: the rise of industrial complexity bringing with it a sense of community fracturing – men working for a pittance, suddenly replaced by cheaper labour, all for business to make a buck, is something still a problem even today, some century-and-a-bit later – is a generational issue and Valley taps into this by the elder Gwilym to the younger Huw grappling with this very notion. Social mores also buckle here, with sanctimony and homogeneity cresting the waves of a polarised insular community espousing the values of early 20th Century Western civilisation. 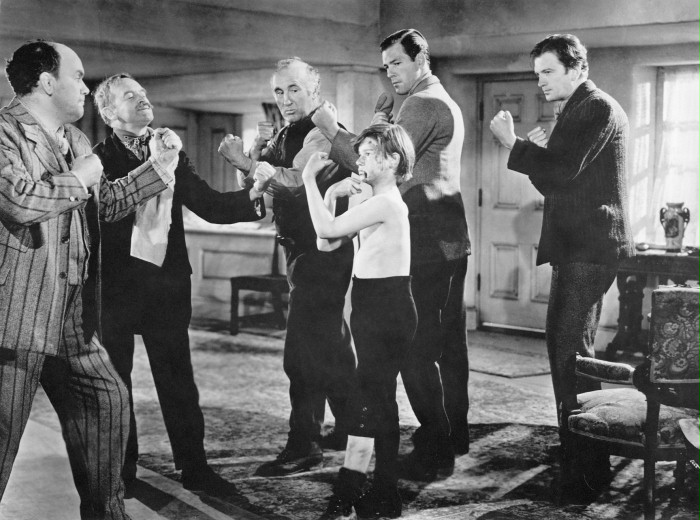 Leading the way is a cast worthy of your time. Walter Pidgeon, despite being the headline act, isn’t really in the film as much as I’d expected, leaving the lion’s share of performing up to a young Roddy McDowall (who does his best but falls into the trap of spending his time “acting” instead of acting) as well as genuinely delightful supporting turns by Donald Crisp and Sara Allgood. McDowall’s role as the film’s youthful innocence in the face of a town’s torment is pivotal to the rest of the characters’ machinations, and the young actor serves the screen well with committed perseverance. Crisp’s patriarchal figure is gruff but forgiving and obviously the “common sense” of the film, while Allgood’s Beth serves as the conscience of the story as despair and heartbreak cast a pall over the once-green valley. The relationship between Anharad and Mr Gruffudd is all breathless cupid’s-arrow melodrama and isn’t served with enough depth or heft to produce much other than timid tremble-lipped heaving, and given the marketing for this aspect of the film I came away disappointed. 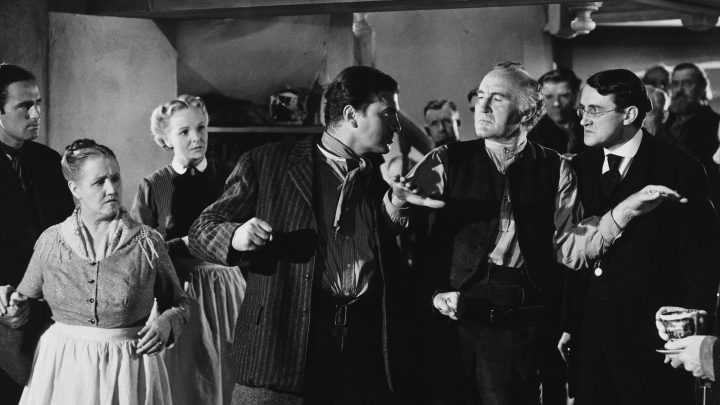 There’s an ache of longing in How Green Was My Valley, for a simpler time and a simpler life – a life lost to us all now – and this ache mixes well with the film’s front-foot sentimentality and Ford’s characteristic showmanship to create a film that is far better thanks to the sum of its parts. Simplistic to a fault, and yet charming because of this, How Green Was My Valley has been underserved by comparisons to Citizen Kane and that’s a shame, because it really is a wonderful sunlit film deserving of its Oscar win. There’s a time and a place for this film’s gentrified subtext, and the obvious notions of modern industrial society have moved on somewhat from this story’s rudimentary assertions; How Green Was My Valley is a delightful dramatic work, rightly included as a Best Picture and yet often given less credence because of this delight. Definitely worth a look.