Master cinematic auteur Luc Besson (The Fifth Element, Leon: The Professional) returns to sci-fi adventure with this hyperbolic, deliriously beautiful, ode to kook in Valerian & The City of A Thousand Planets, a film based on a comic series aboriginal to the director’s homeland. Valerian’s kaleidoscopic visual vernacular and sense of wonder echoes the director’s off-the-wall fun with The Fifth Element, the 1997 film to which this project shares a similar aesthetic. Dane DeHaan (Chronicle, A Cure For Wellness) provides an impish central hero, while model-turned-actress Cara Delevigne (Suicide Squad) is actually really good here as Valerian’s fellow agent Laureline, making this diversionary cinematic souffle a delight despite some problematic indifference.

Major Valerian (DeHaan) and his partner Sergeant Laureline (Delevigne) work for a special interstellar police agency takes with keeping universal peace. After rescuing an exceptionally rare creature leftover from the apparent extinction of a humanoid race, Valerian and Laureline arrive at Alpha, a space-faring “city of a thousand planets” which was once a human space station that has grown over the centuries to form a utopian culture of races and species from throughout the galaxy. A mysterious bubble of radiation has penetrated the heart of Alpha and threatens the stability of the station, and the pair of agents are sent by Commander Arun Filitt (Clove Owen) to uncover its origin and purpose. The very security of Alpha is at stake. 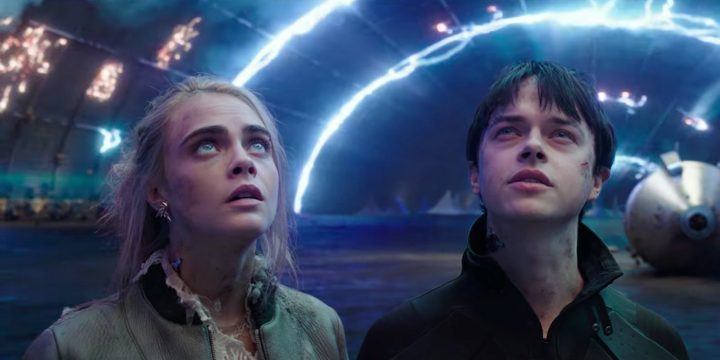 Valerian hones Besson’s incredible imaginative world building and delivers rousing, often jaw-dropping, enormously detailed cinema that at times threatens to overwhelm as much as entertain. Not a single frame of this film doesn’t transpire without offering a glimpse and peek into a completely functioning future world, from the scabrous backalley trading world of the Big Market (this film’s version of Mos Eisley) to the chasms and endless invention of the Alpha station (mirroring The Fifth Element’s cityscapes of New New York City) and the inhabitants of all within. Valerian’s creature design motif seems to be as polar opposite of both Star Wars and Star Trek as is humanly possible, proffering unique-looking humans intertwined with supine Avatar-esque humanoids at the heart of the film’s mystery narrative. Uniquely French, Valerian’s smorgasbord of intricacy and design would make George Lucas envious, and it boasts enough grand set-pieces to fill a dozen feature films with awe.

The film’s story doesn’t quite have the cohesion or operatic sense of grandiosity the visuals intimate. Valerian and Laureline’s romantic convulsions aren’t as clever, funny or memorable as the film would have you believe, with neither DeHaan nor Delevigne having a propulsive screen chemistry together (you know, that old “antagonistic buddies” routine) nor offering much by way of backstory to either character. Valerian’s diffident attitude to his career is at odds with his reputation, and the film doesn’t really spend any time getting us into the headspace our heroes enjoy – more’s the pity – while Besson’s refusal to explain… well, anything borders on frustration at times. That said, there’s a sublime enjoyment in watching all the on-screen ballyhoo play out and not have to think too hard about it, even though the film’s confused sense of itself threatens to run out of steam about midway through. As a spy/intrigue/mystery/quest film there’s plenty of fat on Valerian’s table of contents, and gorgeous fat at that, but in offering the duck’s guts of special effects both physical and digital, Valerian overlooks compelling characters we can empathise with.

Aside from DeHaan and Delevigne, the appearance of Herbie Hancock, Ethan Hawke and Clive Owen – as the film’s political attache, a brothel owner and the somewhat corrupt Commander of the military force Valerian works for, respectively – is cause for elation, while the addition of popstar Rihanna (as a shapeshifting alien hooker), the voice of John Goodman (as the pirate captain of a desert-bound fleamarket), and the wonderful Sam Spruell (last seen as the villain in the Besson-produced Tak3n, as well as Ridley Scott’s The Martian), provides a weird but comforting sense of familiarity to Valerian’s otherwise otherworldly undertaking, and to a tee all the supporting roles play without fault. In spite of the failings of Besson’s screenplay to adequately find emotional resonance within the property’s widescreen narrative, you get the sense everyone here is having a hell of a lot of fun, and this enjoyment is palpable throughout much of Valerian’s effects-driven shenanigans. Despite narrative apathy, the drive of Besson’s sheer inventiveness is thunderously delivered and executed with precision. 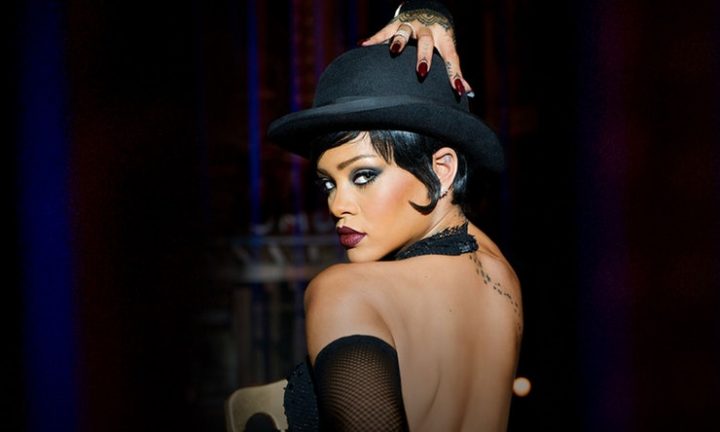 Valerian & The City Of A Thousand Planets is a cumbersome title for a fun, effervescent, deftly B-grade high-class feature film. It’s the kind of film one could get lost in in its edges and fringes, and exactly the kind of storytelling Besson needs to do more of (and less of stuff like The Family and those Invisibles films). Despite some problematic characterisation and a flabby middle section, there’s enough here to enjoy and more than enough to make your jaw drop.