Since the high profile outing of Weinstein Company honcho Harvey Weinstein as a career-pervert, sexual molester and all-round disgustingperson, men and women throughout the industry have come forward with their own claims of assault, abuse and misconduct by a gathering tally of Hollywood’s rich, powerful, and successful. The litany of abusive behaviour, from public masturbation (in the case of comedian Louis CK), to groping (Star Trek’s own George Takei, who is yet to respond to allegations at the time of publication), to the outing of Ellen Page as gay (Brett Ratner), to rape and sexual molestation (Kevin Spacey and Charlie Sheen, the latter of whom vehemently denies all associations with the claim), Hollywood has been left reeling by claims, assertions and Twitter updates by many, many parties, all of whom say these people in positions of power abused that power in the most heinous of ways.

To this point, nobody with the finger pointed at them has yet faced a court of law. The court of public opinion, however, has dropped the hammer on some of America’s biggest names. Spacey, the darling of Oscar success and a one-time living legend, revealed his homosexuality immediately following the BuzzFeed article’s publication, with some pundits claiming he was further denigrating gay people by associating it with the apparent rape of a 14-year-old actor, Anthony Rapp. Spacey’s sexuality has apparently been a badly kept secret for years, with recent re-publication of old pictures of the actor cavorting in a park with a young male friend adding fuel to an already white-hot flame. 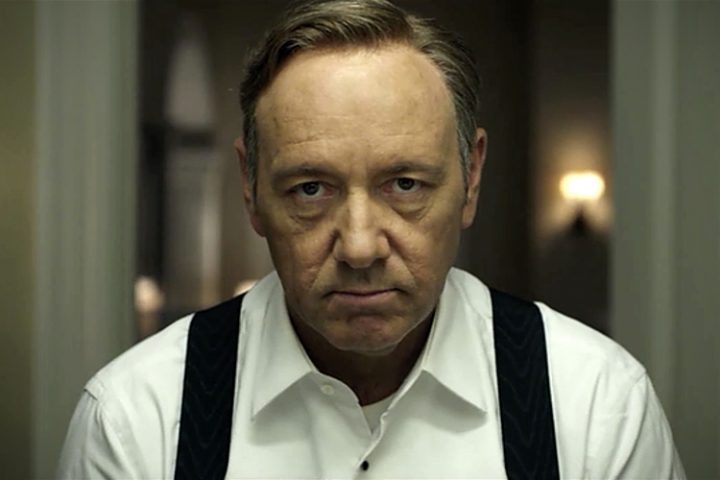 Kevin Spacey has been dumped from Netflix’s “House Of Cards”.

Director Ridley Scott revealed this week he was removing Spacey entirely from his in-production film All The Money In The World, which is barely a few weeks from theatrical release, and replacing him with actor Christopher Plummer. Whether the film makes its planned release date remains to be seen, but removing an actor from a film in such a manner, this deep into post-production (trailers and posters featuring Spacey had already been released) is something Hollywood has never seen; will audience curiosity with Scott’s film propel a larger box-office? Or will the taint of Spacey’s inclusion repulse the casual filmgoer? Spacey’s other high-profile gig, the lead role in Netflix’s House Of Cards, has come to an end, with the network dropping the actor entirely and planning to write him out of the upcoming sixth and final season. 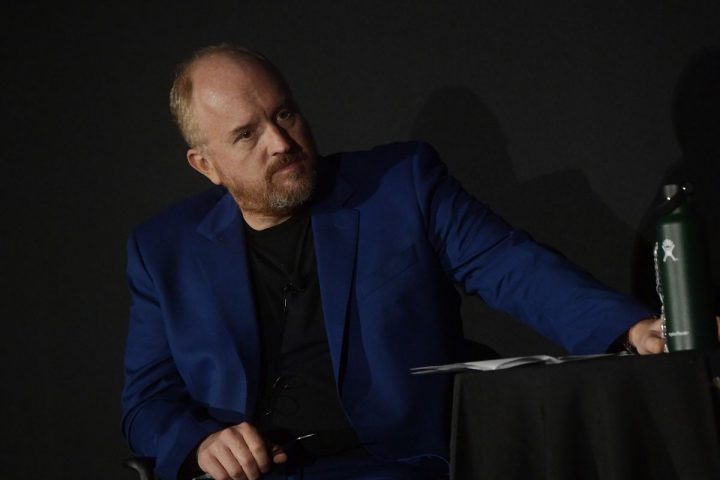 Comedian Louis CK has stated that the sexual assault claims against him “are true.”

Weinstein, the catalyst in all this following the New York Times’ article laying bare the studio head’s decades-long systemic abuse of actresses, has effectively been shunned by everyone. He was fired from the company he helped create, struck from the Academy of Motion Pictures’ member roster, as well as that of the British Film Academy, and the Producer’s Guild of America also cast adrift their one time cultural kingpin. Civil lawsuits are yet to progress, but already criminal investigations are underway, and one would suspect Weinstein will spend a great deal of the next few years tied up with lawyers and courtrooms.

The collapse of Hollywood’s seedy house of cards (that’s a Kevin Spacey joke, y’all) isn’t confined just to the elite film fraternity. Washington DC, home to America’s lawmakers, and a perennial swamp of corruption, illegality and degeneracy, has recently found itself in yet another scandal, this time facing Republican Senate nominee Roy Moore, who is accused of sexually assaulting a teenage girl some years ago. Moore naturally refutes the claims, but as the old adage goes: where there’s smoke, there’s fire. Former child actor Corey Feldman has long been public about his treatment in Hollywood, with stories as systemic abuse by even trusted people close to him appearing in print and online years ago. 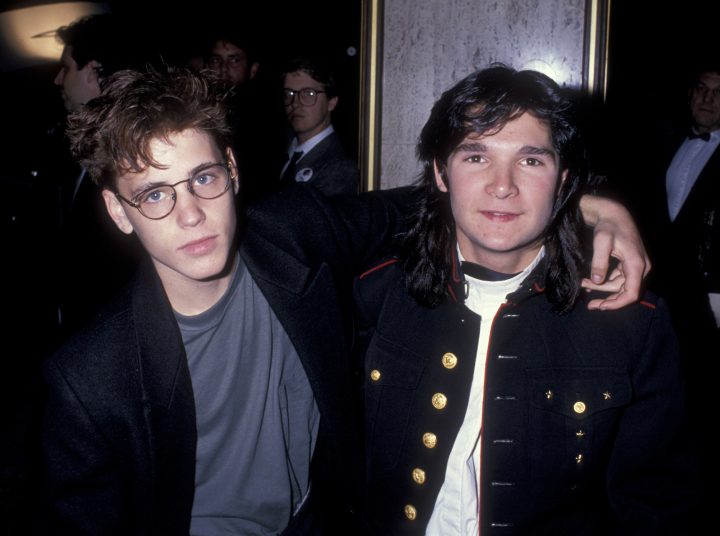 It’s easy to suggest that the male-dominated Hollywood machine has almost imploded since Weinstein’s public shaming back in October. What was once a dirty little secret has become a public social-justice shaming of a magnitude the industry will never completely heal from. Rightly so, too. The Weinstein Effect feels like it’s the climax of a shift in public perception in Hollywood since the #OscarSoWhite controversy a few years ago, and the rise in female-led projects and success trying to right a vast imbalance of male-dominated history throughout the medium. Hollywood’s movement into modern, liberal thinking was always tainted by the inadequacy of its inbuilt misogyny and racism, an imbalance now being corrected in a damn hurry. People aren’t just hoping for more minority-led projects, they’re expecting it. People are hungry for female-centric stories and heroes, of strong female filmmakers and storytellers, and now they’re starting to get them. It’s not easy, and there’s a cultural earthquake that’s still yet to happen in the film industry (worldwide – this isn’t just contained to America) but it’s coming, you can feel it. 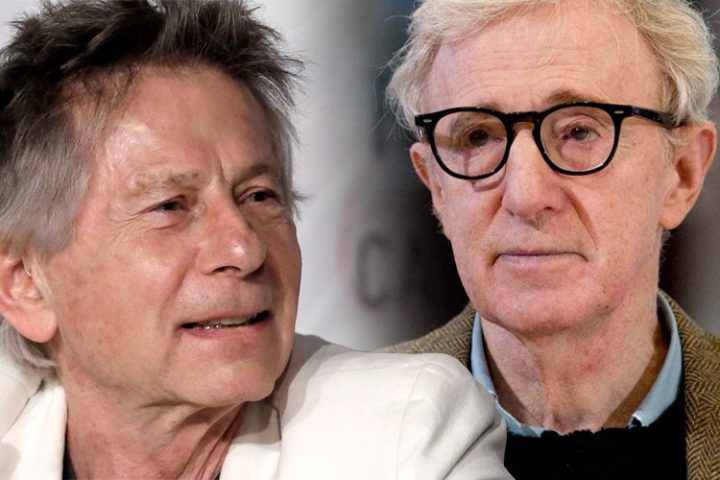 Of course, there’s some degree of hypocrisy at play here. The most famous examples are, of course, Woody Allen and Roman Polanski. Allen famously dumped wife Mia Farrow to shack up with the couple’s adopted daughter Soon-Yi, one of the most astonishingly public Hollywood scandals of all time. Allen was at the centre of child abuse allegations as late as 2014. Polanski, an accused rapist and absconder, was awarded an Oscar for Best Director for The Pianist several years back, and continues to have a career making movies when he should be facing the serious accusations against him. Then there’s the recent public outings, which are only causing a reaction now that the general public knows about it. Had the Weinstein article never been published, would Spacey, Louis CK and all the others be facing the social justice firing squad right now? Perhaps not; there’s money and control on the line here, and people don’t like it when their money and control are taken away. Hollywood will overlook personal indiscretions when you’re an artist, apparently. 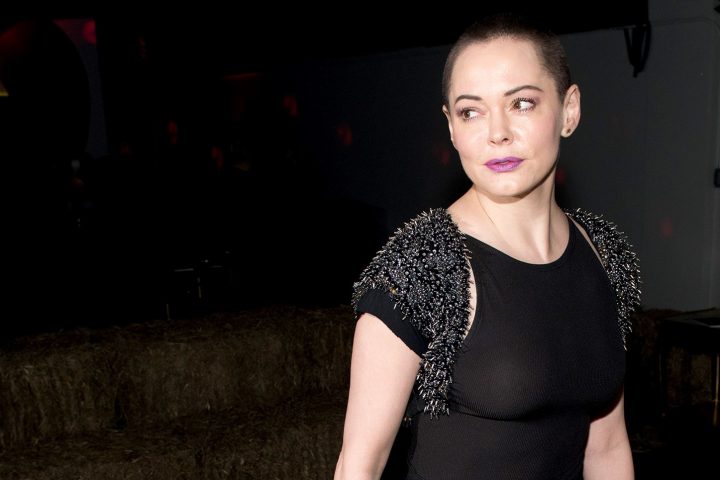 In the face of this public acrimony towards men once held in esteem publicly, we must also remember the victims, all of whom should be respected for their bravery in coming forward to tell their stories. Embarrassment, ridicule, shame, and fear have all led people to hide these stories away for years in some cases, with many thinking their reputations within the film industry would be ruined were they to speak out. Thankfully, we live in a world where the truth will always win out, no matter how ugly or embarrassing or abhorrent it seems. Men and women who abuse their authority, their power, their personality over those who don’t ask for it, or want it, deserve to be exposed. Hollywood’s “boy’s club” of perversion and misogyny has started to be torn down. 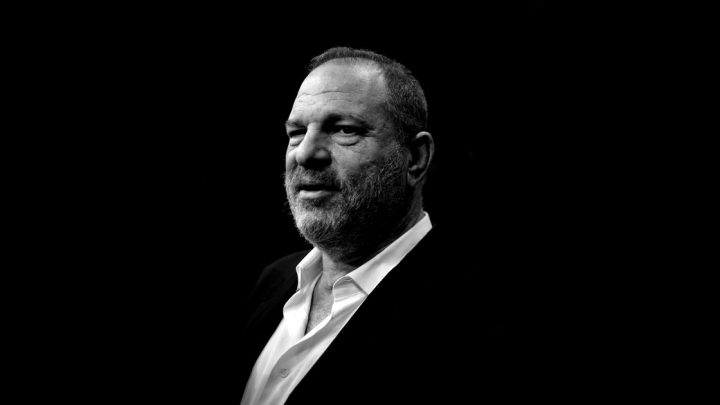 The central question I have to ask myself, however, is how I reflect on viewing the projects of those at the centre of these claims. Spacey’s films have suddenly become tainted by his behaviour, and there’s every chance he’ll never make a top-billed film or TV show again. There’s also a chance that should he perform some enormous mea culpa, cast himself on the coals of public apology, in a few years he could resurface, a changed man. Mel Gibson was a pariah in Hollywood following his infamous public drunken outburst, and his incredibly public marriage breakdown with former wife Oksana Grigorieva. After spending some time in cinematic purgatory, Gibson eventually returned to the Hollywood A-list, recently finding himself the center of Oscar success with war film Hacksaw Ridge. Admittedly, Gibson was never accused of sexual predation, only poor judgement whilst drunk, but what exactly are the extremes that Hollywood will forgive? They can apparently forgive Woody Allen and Roman Polanksi, and Jeepers Creepers director Victor Salva (who was convicted and imprisoned for possessing child pornography, among other things) continues in spite of the abhorrent things he did. Can I knowingly watch a Roman Polanski film, or a Woody Allen film, or a Kevin Spacey film, and distance the art from the people involved? Can I admire the art pieces of Adolf Hitler objectively, whilst still acknowledging him as one of the world’s most evil historical figures? Can I watch an film objectively enough to justify my opinion, or will my opinion be coloured by the real-life baggage it might contain?

It’s a question I’ll be asking well into the immediate future.