Ridley Scott’s milennial purple patch continued after Gladiator’s Oscar success with a graphic, brutal depiction of one of the United States’ most infamous modern military failure, in 2001’s Black Hawk Down. Boasting a cast with simply every great up-and-coming actor he could find, Scott’s visual dynamism and blistering Oscar-nominated sound design gave audiences a bloody, no-holds-barred look into what was a relatively little-known (to me) event in which a pair of Black Hawk helicopters were shot down in Mogadishu, resulting in casualties and a desperate attempt to rescue American soldiers from behind enemy lines. Revisiting this film some years down the track, it’s a startling look at pre-9/11 American combat and an altogether searing statement about US superiority against overwhelming odds: Black Hawk Down remains a chilling, graphic masterpiece.

Plot synopsis courtesy Wikipedia:  In 1993, following the ousting of the central government and start of a civil war, a major United Nations military operation in Somalia is authorised with a peacekeeping mandate. After the bulk of the peacekeepers are withdrawn, the Mogadishu-based militia loyal to Mohamed Farrah Aidid declares war on the remaining UN personnel. In response, U.S. Army 75th Rangers, Delta Force counter-terrorist operators, and 160th SOAR – Night Stalkers aviators are deployed to Mogadishu to capture Aidid, who has proclaimed himself president of the country. Outside Mogadishu, Rangers and Delta Force capture Osman Ali Atto, a faction leader selling arms to Aidid’s militia. A mission is planned to capture Omar Salad Elmi and Abdi Hassan Awale Qeybdiid, two of Aidid’s top advisers. Delta Force operators capture Aidid’s advisers inside the target building, while the Rangers and helicopters escorting the ground-extraction convoy take heavy fire. Shortly thereafter Black Hawk Super Six-One crashes when shot down by a rocket-propelled grenade. The US forces are re-deployed to rescue the crew and salvage what they can from the wreckage. Thus begins a prolonged guerrilla battle with the local militia.

Black Hawk Down isn’t a film about characters, specifically. The film’s expansive cast doesn’t allow for a lot of deep emotional development save the genre’s time-honoured male-bonding hoo-rah machismo, and although Josh Hartnett snags top billing along with a fairly central storyline, the film never lingers on him much. Ridley has much to accomplish within the film’s two-and-a-half hour running time, and he cannily trims down the enormous roster of characters to a manageable size (the book on which this film is based contained some 90+ named parts, while the film supports less than half that number) and focuses on a quartet of key arcs that ratchet up the inherent danger. The script is credited to Ken Nolan, and it’s what I assume to be a fairly cliff-notes version of the entire saga, taking the “best” moments and giving them a spotlight to generate much of the film’s fingernail-chewing tension. Instead of character, the film tends to focus on situation and choreography, giving us the preamble, the mission, the gut-punch, followed by extended sequences of combat and escape. There’s little time for dwelling on war’s dehumanisation process, or the effects of PTSD or flashbacks, or anything like that. It’s a mission film, and Ridley Scott achieves that mission superbly. 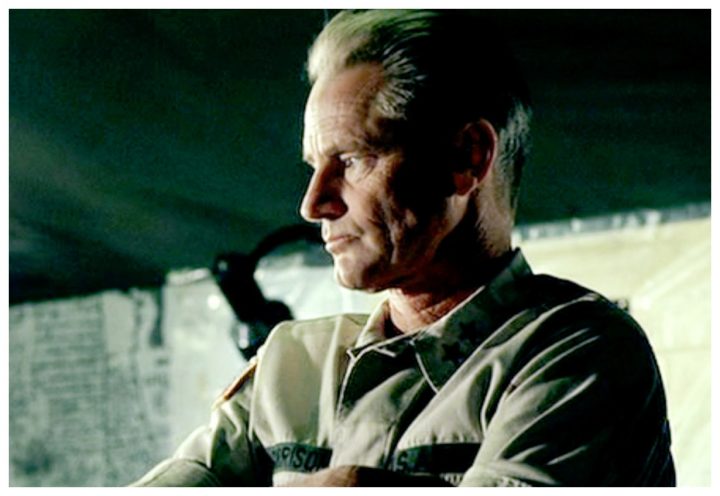 The film is notable for being an early proponent of the violent, splattery aesthetic established a few years earlier in Saving Private Ryan, a blood-curdling sonic assault of bullets, explosions and off-handed death that becomes almost concussive for what it is rather than what it depicts. Remember, our modern association with the grisly elements of human warfare was still relatively new back in 2001 (the film released in December 2001, only 3 months after 9/11, making much of the patriotism and flag-waving feel overly sombre) so Scott’s use of it here was blindingly torturous; overuse of the jittery, juddery shutter-speed technique has since moved this style into something approximating tiresome, but considering when the film was released it’s a shocking, violent bloodbath of carnage and survival. 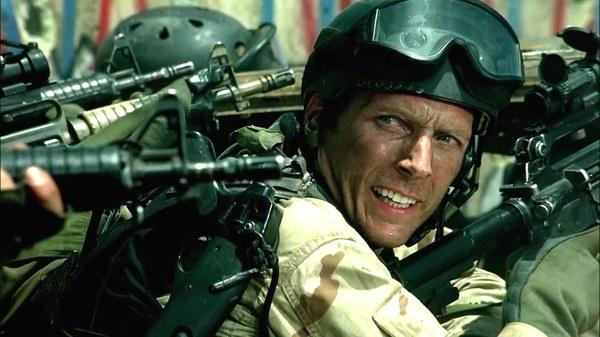 Backing up a solid Hartnett are the fresh faces of Hollywood’s up-and-coming brigade. Ewan McGregor (The Phantom Menace) was about the only real notable face among the men facing these insurmountable odds, although now we can look upon Ewan Bremner (Trainspotting, Pearl Harbor), Orlando Bloom (Lord Of The Rings), Tom Hardy (in his feature debut) and Nicolaj Coster-Waldau (Game Of Thrones) and nod our heads knowingly. The likes of William Fichtner (Armageddon), Eric Bana (Hulk, Chopper), Sam Shepard (The Right Stuff) and Tom Sizemore (appearing in yet another war film after both Saving Private Ryan and Michael Bay’s Pearl Harbor) add weight to the prestige of the film, Bana in particular finding Hollywood attention following his performance here. Nobody puts a foot wrong, regardless of the size of their role, and although nobody here aces Oscar-worthy acting it’s worth noting that many of the cast have gone on to enjoy decent careers following this film. 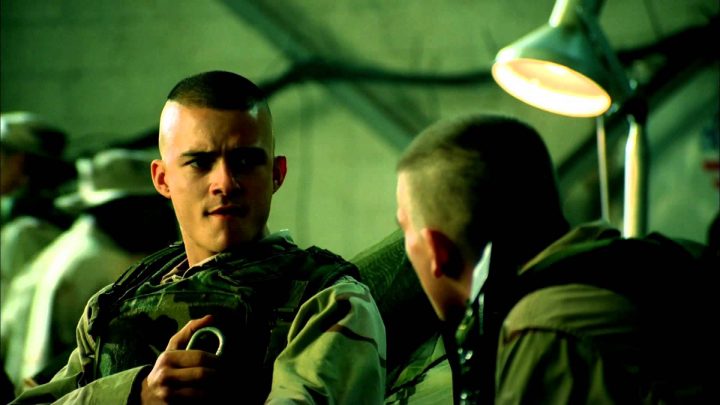 As with the majority of his post-Gladiator films, Black Hawk Down enjoys a clinical crispness to its structure and photography. I’ve never found Scott’s films to be particularly warm or accessible – a lot like Kubrick, in this regard, while rising talent Denis Villeneuve is another helmer with a similar restrained style – and Black Hawk Down’s stark visual brilliance is brought to us by acclaimed Polish DP Slawomir Idziak, who gives the dusty hued backdrop a real sense of other-worldliness, as well as a subdued colour palette. The multitudinous bullet strikes and explosions are almost entirely added digitally (the film was among the first to use a computer programme specifically devised to add bullet strikes to a sequence) and the constant, wearying rat-a-tat sound design, as well as Hans Zimmers percussive, aching orchestrations, offer an enveloping and terrifying aural experience; Black Hawk Down is one of the more beautifully shot war films of the modern era.

There’s a reason Black Hawk Down remains in the memory far more so than Scott’s other 2001 film, Hannibal. Scott’s style is perfectly suited to this grand-scale true-life story of combat, his antiseptic representation of modern warfare and the simplicity of the men who fight it is energised by his considered framing and cinematic prowess. Hannibal… well, that film was a tonal ablution best forgotten. Black Hawk Down rightly stands alongside Saving Private Ryan and Zero Dark Thirty as the preeminent war films of their day, an assaultive and indicative statement on US interventionist foreign policy, although the film never preaches against the mistakes made on the mission or those involved. It’s a blameless dramatisation, allowing us to draw our own conclusions, told with as little poetic-license as possible. Black Hawk Down is an armrest-clawing, breathless thrill ride that will have you exhaling deeply once it’s all over.