A mixture of Groundhog Day and Back To The Future, the look of those dreary Twilight films, and a baffling touch of Mean Girls and Easy A makes Before I Fall a confusing, melancholic, nihilistic affair involving death, destiny, and sacrifice. Although nicely acted, the film’s insistent sense of dread and desperately uneven characterisations, as well as daffy motivations, make this film less an enjoyable experience and more an absolute chore to endure; Before I Fall is beautifully shot garbage.

Samantha (Zooey Deutch) is a beautiful popular student nearing the end of her senior year; her friends are a trio of bitchy popular girls, Lindsay (Halston Sage), Ally (Cynthy Wu) and Elody (Medalion Rahimi), and her boyfriend Rob (Kian Lawley) has promised to take her virginity on Cupid’s Day, February 12th, during a party at school friend Kent’s (Logan Miller) house that night. They all make fun of social outcast Juliet (Elena Kampouris), and things come to a head when she is the victim of brutal verbal attacks during Kent’s party – concluding with the four girls’ dying in a vehicle accident at the end of the night. However, Samantha wakes the next day to discover she’s reliving the same day over and over, and has to make sense of her actions and life before she can figure out what to do. 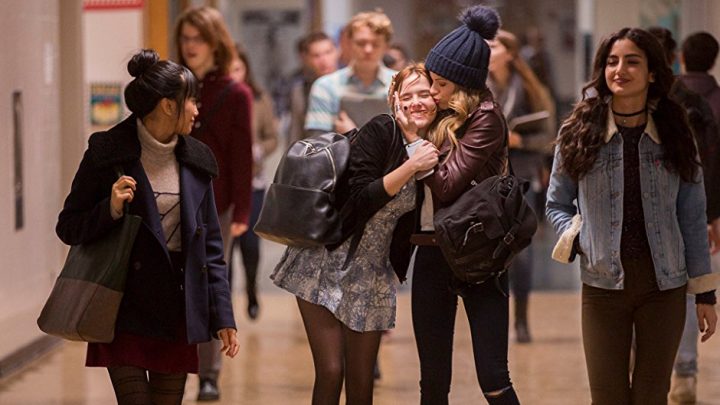 The popularity of YA film-making continues with Before I Fall, a tricksy time-travel story that lacks the wit of Bill Murray’s seminal comedic venture with a similar premise and instead replaces with with under-cooked melodrama, stupidly indifferent characters, and Ry Russo-Young’s heavy-handed direction that sinks this turd like a stone. Although I’m obviously not the target audience for this trash, with its bully-girl motif and operatic sense of tragedy mixed with teen-centric dialogue and shallow, sexualised sub-plotting, Before I Fall is a shoddily constructed, lazily paced, opportunity-missed film that could have done so much more, or better, but chooses not to. I suspect Russo-Young is attempting to turn unrequited love and karma-driven plotting into some Oscar-worthy statement about life and death but the film continuously trips up on character so awful and situations so asinine I’m surprised they just didn’t make it for television. 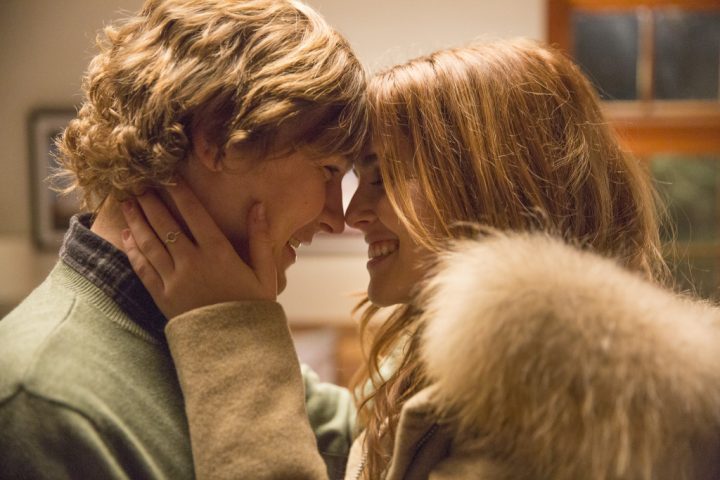 Key to the film is Deutch’s ambivalent Samantha, the least impressive character in this whole sorry affair. She’s a member of the “popular mean girl” clique but obviously has hang-ups about being a mean girl, so she tremulously tries to find a moral vitality within herself that never develops beyond lip-service and mournful sadface. One minute she’s feeling sorry for poor Juliet (whose arc itself is an appalling waste of everyone’s time, with little discernible value to the film overall other than as a catalyst for Samantha’s stammering, stuttering trajectory), the next she’s giggling as the girls throw epithets and bully the poor thing into tears and fleeing. Are we meant to feel sorry for Samantha? Are we meant to hate her before we like her? Are we meant to find solace in her minuscule growth as a human being that pretends to have resonance in the film’s awful plot twist ending? Nah, she’s just shit.

Co-star Halston Sage, as the devious and cruel Lindsay, is ill-served by the film’s mediocre handling of her as a character – again, is she a tragic victim of circumstance or an out-and-out bitch deserving of comeuppance? Nah, she’s just a shit character with little value to a story filled with them. Logan Miller’s unrequited-love Kent is underwritten and all-too-obvious, Kian Lawley’s Rob is hideously awful, and neither Cynthy Wu nor Medalion Rahimi’s characters really inhabit their respective places as participants in this crapfest, leaving poor Deutch to carry the film with a nuanced yet unconvincing turn in the leading role. 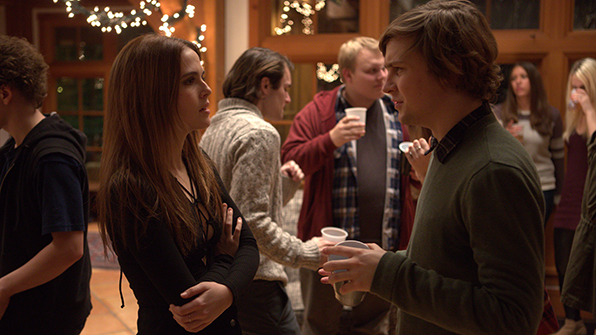 Frankly, Before I Fall was awful; the film may have worked as a tortured teen sub-genre entry with more compelling dialogue and a far more potent directorial effort, but I doubt it. Russo-Young’s direction and editorial choices are clumsy and lethargic, lacking urgency or any kind of relevance to life in general – entitled kids in an entitled suburb living entitled lives find their entitlement makes them assholes? Big whoop! – and aside from being bored throughout, the film’s heavy-handed attempt to bring some sense of catharsis with its finale is a cop-out. This alone might leave me disappointed, but the more I think about it the more I’m angry I sat through this entire thing without switching it off earlier. Before I Fall is the kind of film you’d get if Mean Girls and Groundhog Day fucked in the dark.