If you notice the graphic in our title logo, Universal’s The Mummy is the first in what is intended as a “Dark Universe” franchise of films, a reboot of their entire monster line which also includes the Wolfman, Invisible Man, Frankenstein and Dracula, among others. Tom Cruise headlines this action romp, alongside Australia’s own Russell Crowe (as, of all people, Dr Jekyll), and the film comes to us courtesy of writer-now-director Alex Kurtzman, the man behind blockbuster screenplays such as Transformers, Star Trek, Cowboys & Aliens, The Amazing Spider-Man 2 and both Now You See Me films. It should also be noted Kurtzman pulled writing duties on the execrable Brothers Grimsby. With the exception of a few notable films in his oeuvre, Kurtzman’s inclusion in bringing the first of this Dark Universe series of films to life is cause for concern, if only because this film needs to be successful in order for Universal’s plans to come together. 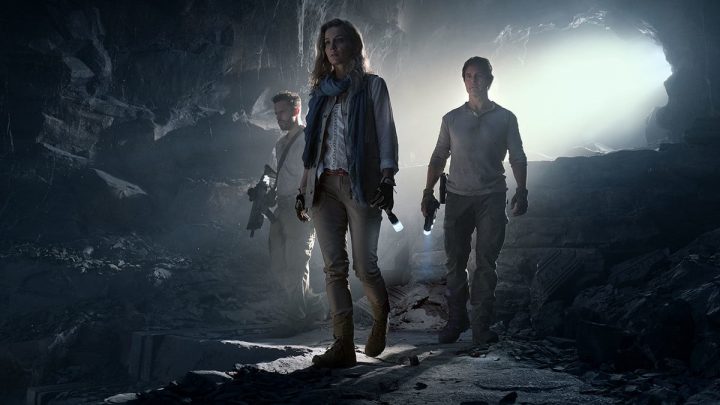 Cruise plays Nick Morton, a modern day antiquities black-marketeer, on the hunt through strife torn Iraq with partner Chris Vail (New Girl’s Jake Johnson), when an airstrike unearths a hidden Egyptian tomb beneath the sand. Archaeologist Jennifer Halsey (Annabelle Wallis) determines the tomb, containing an ancient sarcophagus, is the buried prison of Princess Ahmanet (Sofia Boutella), who sought revenge on the young infant son of her pharaoh husband. Awakened, Ahmanet seeks to stalk the Earth and bring Set, the God of Death, to life in mortal form – and her focus turns to Nick.

If the original 1933 Mummy was a straight-up intellectual horror film, and the 1999 reboot was a high-octane adventure film, then 2017’s iteration is a clumsy attempt to be both. Offering some white-knuckle thrills and fits-and-spurts scares, as well as a cavorting rumination on zombie-esque chills, The Mummy’s inadequacies as a foundational franchise starter are laid bare quickly and repetitively. Kurtzman, who from many accounts was little more than a cipher through which Cruise directed and created the whole thing, tries valiantly to inject some enthusiasm into things but fails almost irretrievably, with the film running itself aground on the reef of over-expectation and under-simplification. 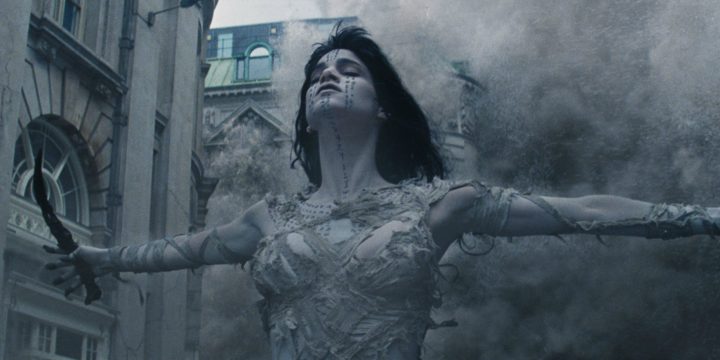 Simply put, The Mummy tries to do too much, to build too much for the franchise to come, without focusing on its own needs as a film. In the race to set up the Dark Universe, the film spends a large amount of time putting Russell Crowe’s Dr Jekyll into the forefront as the link between films to come, a kind of Nick Fury-by default role that arrives, is, and concludes, without really doing a lot of anything. The introduction of Prodiguim, a SHIELD™-like organisation set up to locate and defeat evil (at one point, Nick walks past a vampire skull in Jekyll’s laboratory), is redundant to the story being told, a transient sidebar to Nick Morton’s journey from rapscallion bad boy to upright saviour of the world – something that isn’t a stretch for Mr Cruise. There’s so many things to account for in The Mummy you tend to lose track of who and what the hell is going on. Action sequences lurch from nowhere, briefly offering minor thrills (a spectacular plane crash is.. well, spectacular, but the film clumsily replicates the “face in the sand” motif of Stephen Sommers’ reboot and the wiggling vermin attacks of past genre efforts as if this will engage an already intransigent audience. 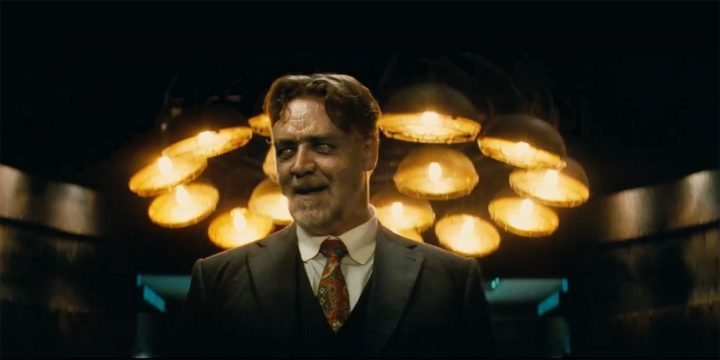 Kurtzman gives the film a bombast equal to the scope of its ambitions. Bryan Tyler’s thunderous score and the film’s triple-teir editorial team work overtime ponderously overblowing the importance of the film’s grandiose ideas, weaving thematic Egyptian mythology and modernised action tick-boxes without apparent consideration for nuance or logic. The film feels desperately uneven, at times explosive (nay, concussive) and at others a heavy-handed dramatic think-piece on death and monsters (none of which makes a lick of sense), as if its searching for a core truth beneath what appears to be several rewrites and Cruise’s meddling both on set and in post production. As with any project Cruise’s name is attached to, he is in almost every single scene, and while this might work for Mission Impossible it doesn’t quite allow breathing room for anyone else here. Morton feels less cohesive than Cruise’s other screen characters, more flippant and driven by a devil-may-care attitude, and while Cruise works his charm to make the character stand out, against the rest of the film it feels a touch off. 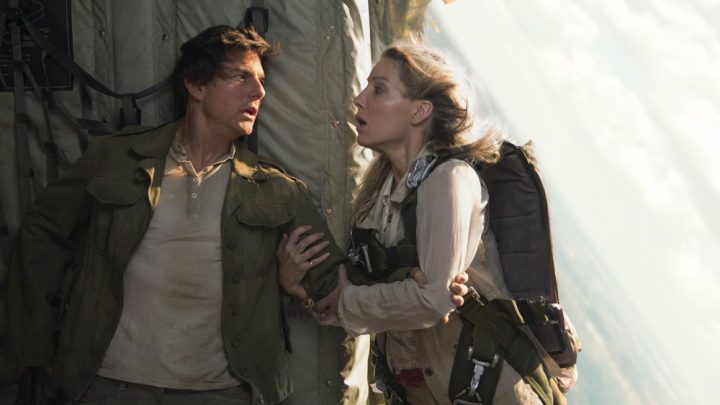 Suitably disjointed is former gymnast and dancer Boutella, who writhes and conniptions as Ahmanet, driven by revenge (or “evil”, per se) and who offers less a tragic figure from the 1933 version and imbues her role with snarling destitution. Her resurrected princess character certainly looks convincing enough, with her double-irises and raised tattoos, but her motivations are poorly handled and the film can’t quite decide if we’re supposed to hate her or partially like her. Annabelle Wallis is terribly served by the script, which reduces her from a potentially interesting intellectual presence at the start of the film to a screaming, dying, wet T-shirt victim of circumstance at the end, and it’s an awful arc for the actress. So too, Jake Johnson has little fun as Vail, Nick’s buddy, who spends more time as a walking corpse intoning prophetic words of doom than he does actually being a character we care about. The very, very few laughs Johnson gets aren’t worth the effort it takes to achieve them.

Sizing Cruise up and down (and giving him an acting lesson) throughout is Russell Crowe, as Jekyll (and his angry counterpart Hyde), or as you’ll probably refer to him henceforth, Mr Exposition. Crowe’s role is largely indifferent to the central premise of The Mummy other than to provide context and background to the Prodigium organisation and to the understanding that the world is filled with //take your pick. Crowe seems to be having the most fun of all the cast, no doubt thanks to the knowledge that he’s set for life being in this franchise as the linking identity for all the films to come, and he makes the most of it. Of all the disparate elements in The Mummy, I enjoyed Crowe’s astonishing insertion the most. 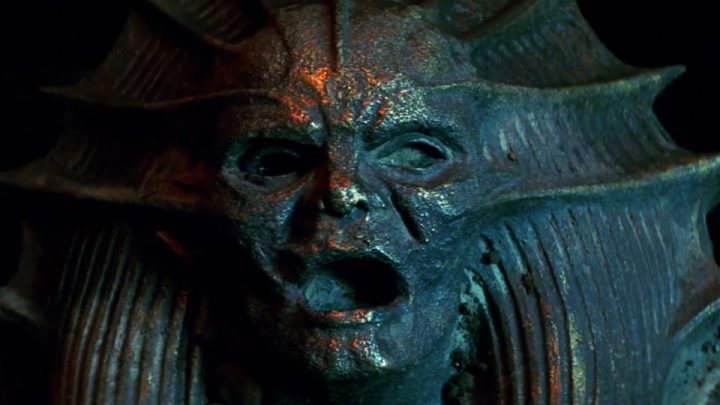 The Mummy isn’t the utter train-wreck film you’ve heard elsewhere, but in saying that the film really isn’t good at all. It offers diverting adult-oriented horror thrills in a minor key, a blase screenplay content to throw everything including the kitchen sink at the screen to achieve… something, and Cruise in full “running” mode because he runs a lot in this movie. The horror isn’t horrific enough, the action isn’t competent or well directed enough to be engaging beyond mere triviality, and Cruise’s overbearing fingerprints on this thing make it feel like we’re being pummelled by a self-advertising campaign formed by a committee intent on tearing dollars from your cold, lifeless, bored-to-shit fingers.

It’s a horror film filtered through a Mission Impossible aesthetic and a tone-deaf idea that Universal’s prized characters belong in an action movie: they don’t. Universal appear to have the wrong idea not about what audiences expect but what their characters can deliver. If The League Of Extraordinary Gentlemen proved anything, it’s that ensemble and franchise characters don’t always mix well together (or need to) and trying to form some kind of Legion Of Doom thing based on their history skewed through explosive modernity is possibly (probably) a significant error in judgement. I wait to be proven wrong, but one has to question how many turkey films Universal will deliver in this series before “course correction” becomes the buzzword of the backlot.