Well. That was interesting. The latest computer-game-franchise turned into a film,  I mean Assassin’s Creed, stars an intense Michael Fassbender as the descendent of Spanish assassins who’s being used by a collection of modern day scientists to locate a MacGuffin known as the Apple. Based on the successful game franchise of the same name (duh!), Assassin’s Creed’s potential and possibility far outstrips its execution; helmed by Australian director Justin Kurzel (whose main claim to fame is the hard-to-watch-but-brilliant Snowtown), the film is itself a computer game brought to life, only being played by somebody with an attention disorder and a confusing plot that makes no sense. Despite its lavish production value, and cool use of effects, Assassin’s Creed is ill-focused and nigh incoherent in terms of plot, although props for Fassbender for giving the character his all. 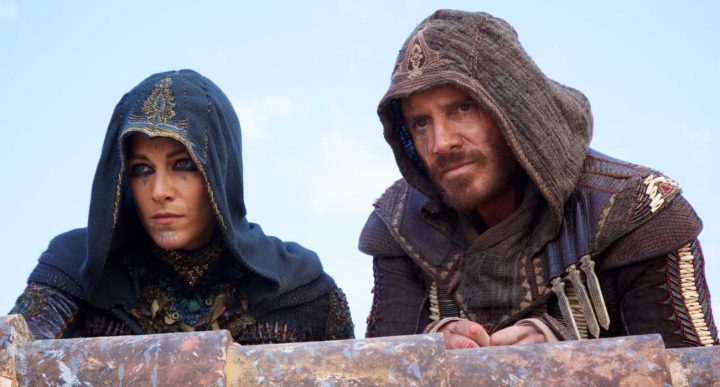 Fassbender plays Callum Lynch, a death-row inmate whose past includes watching his mother (Essie Davis) be killed by his own father (Brendan Gleeson). After his “execution”, Lynch awakes inside a science facility in Madrid, Spain, where he learns he’s a descendent of the leader of a group of Assassin’s during the Spanish Granda War. The facility’s director, Alan Rikkin (Jeremy Irons) and his daughter Sophia (Marion Cottilard) are using technology known as the Animus to link into Lynch’s genetic structure and “travel” back to 1492 to learn of the location of a device known as The Apple, supposedly the fabled apple from the Garden of Eden and apparently a device with the power to control free will. As Lynch continues to experience his past in ancient Spain, he discovers the whereabouts of the Apple, but the personification of the Knight’s Templar, an ancient order itself, the Abstergo Foundation, will stop at nothing to ensure they reach it first.

My obnoxious comparisons with The Matrix hold firm, dear reader. Assassin’s Creed owes a lot of its genetic structure to the Wachowski’s seminal 1999 masterwork, evoking that film’s Neo (the One) in Fassbender’s Lynch, and the fantasy world of the Matrix within this film’s central elaboration, the Animus. In many ways, Cotillard and Irons’ characters approximate Trinity and Morpheus, albeit here their collaborative aspects are directed in antagonism instead. The iconography of the game is prudently established early on, and reused considerably throughout, so there’s a comfortable aesthetic at play here that makes the film stand alone from others, but at its core narrative level, Assassin’s Creed cannot escape its own similarity to other sci-fi franchises. 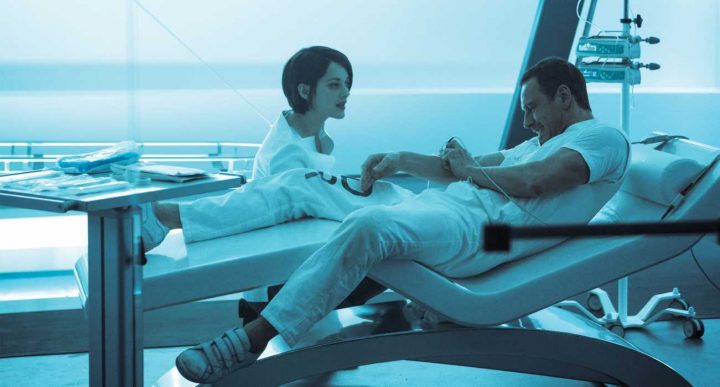 The sprawling Spanish-set action sequences look fantastic, detailed and rich in design and expense, but like so many cool ideas in computer game form, the filmmakers dismiss the cool in favour of exacerbated masturbatory trailer moments. Kurzel’s direction of action is a miasma of over-editing and accentuated beats, with every punch, arrow shot, knife throw, slice-n-dice chop-socky and roof-top dash captured from a perplexity of cameras. The film has this weird mix of realism and heightened fantasy; the camera occasionally judders and jaws like a Greengrass Bourne film, as if it’s “in the action”, while at other moments is swishes and swooshes around the Animus set (particularly) like a Peter Jackson green-screen dervish, utterly “out of the action” as if to make a point of it. The historical sequences are gritty, dusty, mired in brown and tepid sepia tones, while the “present” storyline is typically antiseptically lit, dismissive of gradation and almost always diluted of primary colour.

While the majority of the cast are compelled to utter nonsensical lines of dialogue about apples, secret organisations and the specifics of DNA regression (or something, I wasn’t paying attention that well), about the only one here with any genuine sense of dedication to the film is Fassbender. Probably because he’s invested as a producer of this thing, I wager. Fassbender brings his usual intensity to the part, hissing and snarling his way through a barrage of one-liners, retorts and jokey half-serious exposition. Cotillard tries gamely but can’t muster the enthusiasm for any kind of genuineness to her role, while Jeremy Irons slums it as a stand-and-look-through-windows overseer of the whole operation, with little to do but pontificate on whatever this film regards as the meaning of its own existence. Bit-parts to Charlotte Rampling, Essie Davis and Brendan Gleeson add little than tacit universe-expansion moments purveying towards a greater world we have yet to see here, while the faceless, nameless henchmen, other victims of the Rikkin experiment, and general Spanish denizens back in the past gaggle and surge like the white noise they are. 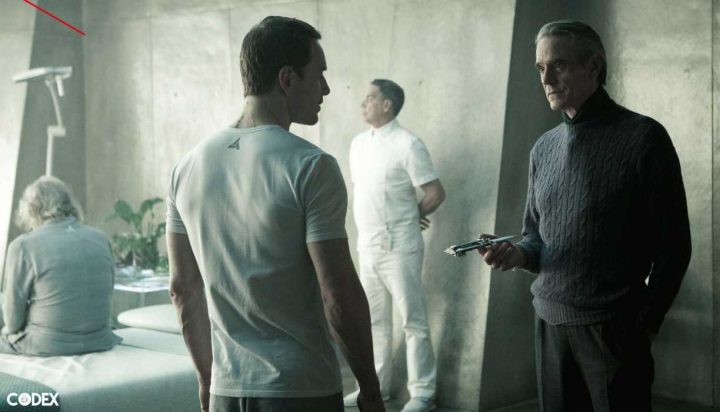 Assassin’s Creed is a video game movie, flat out. It lacks depth, makes almost no sense, suffers logic pitfalls not even Paul WS Anderson would consider letting past, and inevitably flexes untoned muscles to produce a sonic and visual beat-down of the poor viewer watching. Cool moments you’ve seen in the trailer, but the film offers fewer aside, and coupled with depth-challenged characters and a MacGuffin we really don’t “get”, Assassin’s Creed is a disappointing, messy film in desperate need of a decent editor and about twenty minutes of stuff edited out. Oh, and the closing credits run some 15 minutes, which is idiotic for a film like this. Whenever a film needs a fifteen minute credit sequence to bulk out its running time, you have to question decisions made at the starts of the production process. Assassin’s Creed is diverting, sure, and it has some nice ideas. It just doesn’t do anything worthwhile with them.