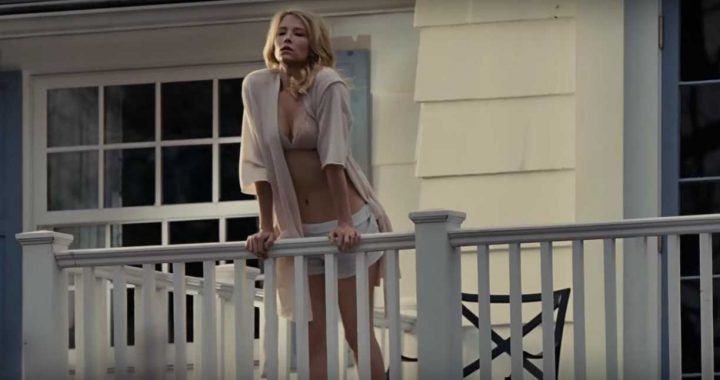 Purportedly a “mystery thriller” according to IMDb, The Girl On The Train is hollow, melodramatic hogwash of the highest order; a tedious, slump of a film resting on the admirably cogent shoulders of Emily Blunt, but lacking both “thrills” and “mystery” worthy enough to warrant much attention. Based on a novel by Paula Hawkins, The Help director Tate Taylor’s mawkish, tension-free film plunges into Real Housewives of Bel Air territory, with a slathering of rampant alcoholism, and breathes its last to the soft chuckles of an audience stuck watching a ludicrous plot squandered by a terrific cast. Detrimental editing and an utter lack of character development ruin what might have been a fairly concise affair had it been shaved down by fifteen or twenty minutes, leaving this one train ride you might want to miss. 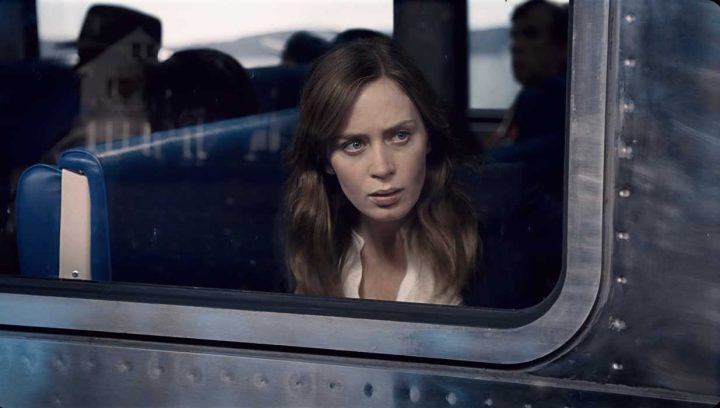 Blunt plays Rachel Watson, the staggering alcoholic former wife of Tom Watson (Justin Theroux – Your Highness), who has remarried and become a father. Tom’s new wife, Anna (Rebecca Ferguson – Mission Impossible: Rogue Nation) is afraid of Rachel’s constant presence in their lives, with her alcoholism driving her to commit acts of fear including a near-abduction of their infant daughter. Meanwhile, Rachel’s former neighbour, Scott Hipwell (Luke Evans – The Hobbit) and his wife, Megan (Haley Bennett – Hardcore Henry, The Magnificent Seven) are having problems of their own, with Scott’s increasingly volatile behaviour making him a prime suspect in her disappearance following an apparent altercation with Rachel one evening. With Rachel’s memory hazy due to her drinking, and the police becoming suspicious of her motives, time is running out for the crime of Megan’s disappearance to be solved.

The early word on The Girl On The Train was that it was in many ways a narrative descendent of Gone Girl – the film directed by David Fincher – and my interest in said film was suitably piqued, especially with the inclusion of such an excellent cast. Blunt, who has carved a career for herself since breaking out in The Devil Wears Prada, can – or rather could – carry a film on her own, were the material handled better by the director. Let’s make one thing clear here: Blunt is superb in the role of Rachel, and essays the slathering drunkard with believably and credibility. In some ways, it’s a performance far superior to the film it exists in, and Blunt is a far better actress than this material deserves (if we’re all honest), making The Girl On The Train far more disappointing for what it doesn’t accomplish than what it does.

Rachel’s blackout-drunk fugue state is frustrating from a storytelling standpoint, because it’s an obvious curtain drawn on the audience to what we’re allowed to see. It’s subterfuge-by-infringement rather than anything clever the director or scriptwriters do, and the mystery of the film’s core plot feels a little like a carrot being dangled before us that we are never ever going to get. Taylor’s ability to deliver “reveal” moments is prosaic, almost an afterthought to what I suspect he believed to be a decent character study of some description (it isn’t), leaving much of the tension to derive itself from Rachel’s ability simply to stand up straight and form a coherent sentence. We’re never allowed to work out the twists by ourselves, because the information is stuck in Rachel’s maddeningly opaque memory. When she remembers….that’s when we get more information. This inability by Taylor to draw out genuine thrills, or genuine surprises rather than the film feeling like it’s being manufactured to do so, is grating to say the least. 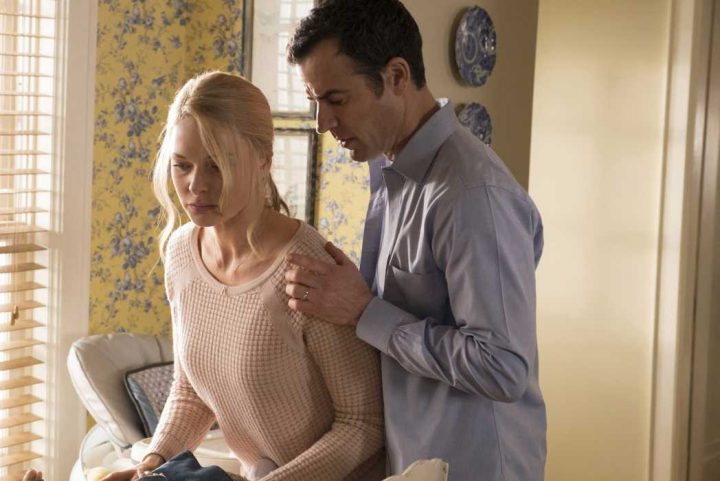 Bless its little socks, though, The Girl On The Train tries for salaciousness, in spite of failing utterly. Haley Bennett’s promiscuous Megan, Luke Evans’ semi-restrained desperate husband act, and Rebecca Ferguson’s strung-out mother in Anna, all make for compelling characters stuck in a pretty bad movie. The fact the film revolves around women desperate to get pregnant, sad they are pregnant, or lost in being a new mother, makes the film’s murder-mystery aesthetic feel more like some weird nightmarish torture zone in which all zee wimmens are crayzee. At times, the film is desperately tough to watch, mainly because the people in it are either awful, ill-developed, or simply idiotic. Cameo roles to Allison Janney as a police detective (who looks like the least detectivy detective ever, if you as me), Edgar Ramirez as Megan’s psychiatrist, who may or may not be having an affair with his patient, and Lisa Kudrow as a former boss of Toms, flesh out the cast but it amounts to nil.

Plodding dramatic twists and a silly finale make The Girl On The Train a euphoric film to finish. The film’s dark plot, unlikeable characters and gristly, ghastly climax is pot-boiler stuff in the extreme, lacking either the emotional complexity or the visceral tension required to command the viewer’s attention. And for a film with such a specific title, Blunt spends nowhere near enough time on the train. The Girl On The Train is a vacant platform of teasing mystery and maternal angst smothered by Tate Taylor’s heavy-handed direction and barely salvaged by Blunt’s commendably brave performance. If you’re a fan of these “highbrow” mystery thrillers you’ll leave disappointed – it’s not even worthy to wipe Gone Girl’s blood-soaked hands – and were it not for the inclusion of this quality cast there’s every chance it’d vanish into the distance without being noticed. Skip it.