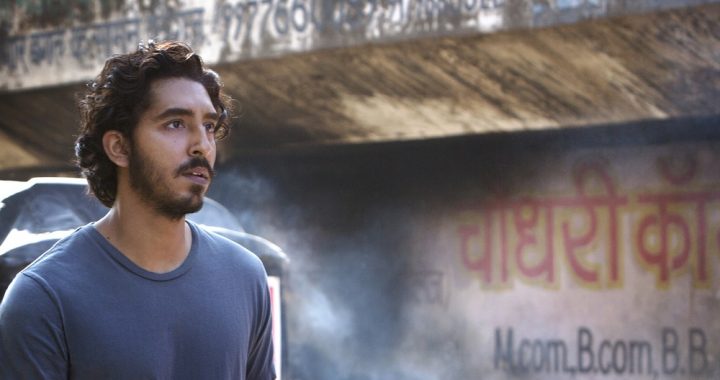 Lion is an alternately heartbreaking and hopeful film: desperately moving and at times nearly unwatchable (especially for parents of young children), Lion saturates its voyage of rediscovery against a backdrop of extreme poverty, a sense of faceless billions existing on this tiny rock in space, and a commendably acute adoptive narrative that, for this viewer at least, represents the spirit of family and our unbreakable desire to understand our own story.

Young Indian boy Saroo (Sunny Pawar) accompanies his brother Guddu (Abhishek Bharate) to work at night in his local town, when he is accidentally separated from his family after boarding a train and falling asleep. Waking up in Calcutta, thousands of miles from home, and unable to speak the language, he is eventually taken in by an orphanage, where he is adopted by an Australian couple, John (David Wenham) and Sue (Nicole Kidman), making his home in Tasmania. Eventually, as an adult, Saroo (Slumdog Millionaire’s Dev Patel) decides to embark on a journey to find his biological family, accompanied by his girlfriend Lucy (Rooney Mara), taking him on a continent-spanning odyssey of discovery.

Saroo’s search for his family is essentially the world’s largest needle-in-a-haystack story. Trying to find people you barely remember from childhood in a country routinely cited as one of the most populous on Earth, with almost no discernible information to go on, might seem like an unconquerable Everest to many, but Lion’s uplifting sense of achievement somewhat mirrors Saroo’s emotional journey through the slums and byways of India’s countryside. Garth Davis, who directs the real-life story from Luke Davies’ screenplay (which itself is based on the autobiography A Long Way Home, by Saroo Brierly and Larry Buttrose) gives the film a pseudo-documentarian feel, evoking a hand-held, uneven sense of jeopardy for the young Saroo giving way for the more measured adult version backing up the second half of the film. 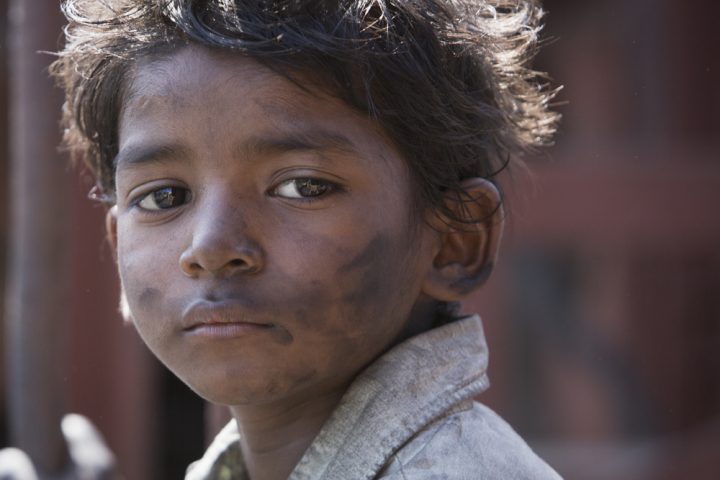 Lion’s heart belongs to the young Saroo, brought to life by Sunny Pawar with a realistic, wide-eyed innocence torn asunder from all he knows. If Pawar doesn’t break your heart as he realises his life is now irrevocably changed, then you have a heart of stone. Encounters with child-nappers, the sex-trade, and the mournfulness of orphanage life in India’s east, form the basis of Saroo’s journey to the home of Sue and John, where he grows to be a well-rounded, productive member of the community – a juxtaposition against his adoptive brother Mantosh, whose violent, self-harm outbursts as a child form the foundation of an angry, disillusioned adult (Divan Ladwa), much to Sue’s chagrin and disappointment. Dev Patel’s role as the older Saroo is to bring the weight of Pawar’s sad, desperate narrative to a climax through his search, akin to the needle-in-a-haystack I mentioned earlier. Patel provides solid work as Saroo, giving the character a mix of forthright moral strength and occasionally headstrong resolve; opposite the always radiant Rooney Mara, herself providing familial context and a grounding for Saroo’s search for his family, Patel seems well suited to the part.

As Saroo’s adoptive parents, Nicole Kidman and David Wenham work pretty well with the limited time they’re given, Kidman in particular giving us a maternal sense of conflicted loyalty to her fractured family and her desire to see Saroo happy. Patel’s Saroo spends a great deal of his section of Lion wrestling with his conscience somehow, disengaging with Lucy as if pushing her away will somehow fill the void in his heart at the thought of his biological mother searching fruitlessly for him all those years ago. On one hand, I can understand how Saroo’s frustration might lead to a sense of isolation through abandonment, but Lion never makes it clear to the point of adequate explanation within the character’s modern context. He seems happily settled, optioning bright prospects, but throws it all away (like some madman) simply because he’s overwrought about how it might affect Sue? This might be based on a true story, but this angsty stuff didn’t really work for me. 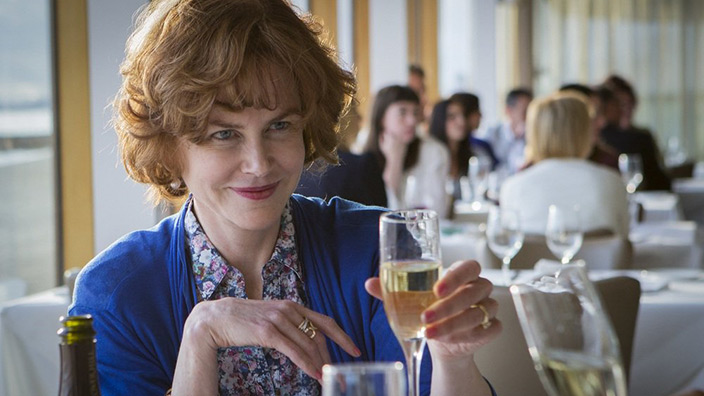 For me, however, Lion’s problematic middle act, in which Saroo grinds out his relationship with Lucy and Sue, undermines much of what might have made the film a truly operatic, epic story of personal ascendancy. While I understand it might have been a crucial element to Saroo’s eventual arrival at his infant hometown in India, the inevitable end comes after too much soul-searching to bring home the wrenching joy required in making such a reunion as cathartic as it could have been. Lion slides into melodrama just a little too much. I’m being a touch unfair to the film, I suspect, in that maybe I was expecting something more from Saroo’s story than what Lion could ultimately offer. It’s heart is in the right spot, and the story is most definitely cinematic and joyous in every way humanity ought to be, but there’s a confusion betwixt young Saroo’s voyage to Tasmania and the older Saroo’s return to his homeland that I couldn’t work past.

Lion is definitely a very good film. At times it borders on great. Things become too muffled though; when the film veers away from its pilgrimage motif into character development things get a tad too murky. Motivation is lost, at times, and Saroo himself seems shoehorned into a routine bereft of consequential underpinnings. Perhaps it’s the time gap between kid-Saroo and man-Saroo – some twenty years – that prevents the audience from association as well as we could to both iterations of the character. Lion is beautifully filmed in both India and Tasmania, although I was annoyed that the stunning Tasmanian landscapes aren’t showcased anywhere nearly well enough for any film, and the supporting performances from the largely Indian cast are first-rate. Overall, Lion lends itself to its Best Picture nomination due mainly to a story of hope and reconciliation, but lacks the gravitas to carry it off succinctly enough to warrant revisiting. It’s a good film, just not a great one.