As a legendary sound designer, Gary Rydstrom makes a very average director. I’ve admired Rydstrom’s career from afar, from his earliest days at Lucasfilm through Pixar’s heyday and beyond, and hold him in high regard as one of the best in the business of mixing film soundtracks. But his sophomore feature, Strange Magic, displays a weird vibe and confusing tone that suffocates joy and barbarises entertainment. Ostensibly a love-child of George Lucas’ imagination, Strange Magic appropriates Shakespeare’s Midsummer Nights’ Dream and gives us singing, dancing, flying fairies, elves, goblins and other mythological ephemera in a bizarre mix of Tinker-Bell via Moulin Rouge grasping towards Lord Of The Rings. If you’d described this film to me before I’d seen it I’d be interested in what it proposed, but the execution of the film is muddled, tepid, and often inscrutably dull as it gapes towards uncanny valley. 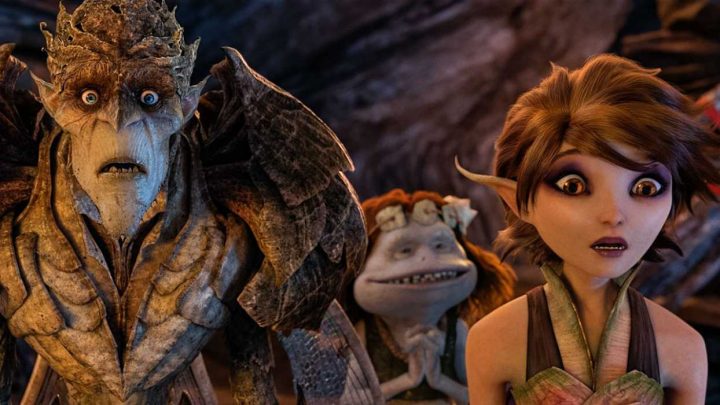 Strange Magic is all parts strange and zero parts magic; the film lacks the wonder of much of its animated brethren, content to dabble in high octane visual dynamism in place of compelling story. The creature design is largely interesting, save the facial features of the faeries, all of whom have that weird plasticised Antz-esque hyper-realism to them, and it really throws the viewer for a loop. This creepy animation style feels tonally wrong for what should be a light, fluffy fairy tale, with the film’s other major problem being the continual barrage of modern pop song motifs used to further the story/emotion. Where Moulin Rouge worked popular music into its very fabric with delight and ease, Strange Magic attempts something similar with the nuance of clattering cymbals. Bizarre song choices, often abysmal vocal performances and clunky segues make the film’s “magical” experience more an exercise in tedium, and aggravation.

I guess if Strange Magic played itself as straight as the majority of other animated films these days it might have worked. In attempting to do something out of the box, Rydstrom and Lucasfilm have missed the mark by a wide margin, creating a visually crooked, narratively clumsy movie that doesn’t work at all. If you need further proof: my daughter (7), who normally swallows this stuff up like its mothers milk, gave up after ten minutes and went off to play with her Lego. I lasted a further ten minutes before discovering that life was meant to be lived, and gave up on it. Were we awarding points for good intentions, Strange Magic would score top marks. Sadly, we’re not, and as such, the end product of all Lucasfilm’s hard work is consigned to the bottom of a very large barrel.