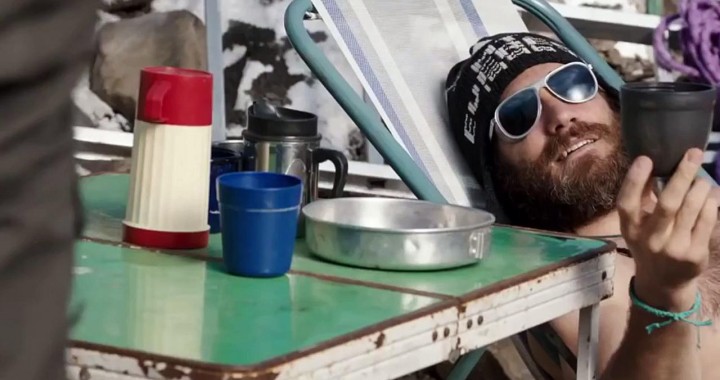 As somebody who is afraid of heights, the mere thought of climbing Everest, or even going near it, makes my palms go sweaty; the highest I’ve been on this planet’s surface is to the top of the Austrian Alps, near Interlaken, which was a journey I’d take again considering it’s nowhere near a “death zone” like the summit of the world’s highest peak. The famous mountain, claimed as conquered by Edmund Hillary in 1953, has become a business venture of sorts by adventurers and wealthy climbers seeking to test themselves against one of the harshest places on the globe. Hundreds of climbers scale the mountain each year, and more than a few of those never return, dying up on the slopes in their attempts. Everest, which retells a true-life event on the mountain in 1996, features some truly stunning alpine cinematography and often nail-clenching stunt and action set-pieces, and really captures the feeling of being there, but as a dramatic film, loses a bit of steam as it climbs higher. 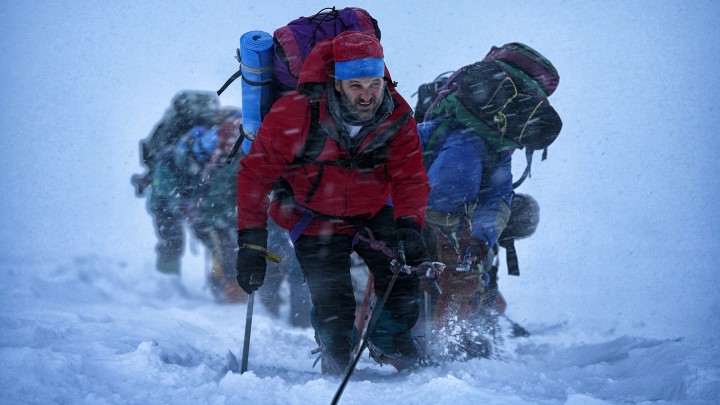 Everest’s all-star cast (and it is one hell of a cast Kormakur has assembled) sees Australian actor Jason Clare play New Zealander Rob Hall, the boss of Adventure Consultants, a company who take guided teams up to the summit, and who leads the group involved in this film’s central narrative. Along for the ride is wealthy doctor Beck Weathers (Josh Brolin), Doug Hansen (John Hawkes), journalist Jon Krakauer (Michael Kelly), and climbing veteran Yasuko Namba (Naoko Mori), aided by expedition veterans Scott Fisher (Jake Gyllenhaal), Guy Cotter (Sam Worthington) and Andy Harris (Martin Henderson). As the group ascend, they encounter a variety of obstacles (including inhospitable terrain and the limits of human endurance), but it’s only once they begin their descent that the problems really start – a blizzard sets in, trapping the climbers and forcing them to increase the rate of their descent, lest they perish high up on the mountain.

As much as it depicts the events of 1996’s Everest tragedy with a degree of solemnity, director Baltasar Kormakur injects plenty of adrenaline-junkie thrills to this rugged, beautiful film and the balance between honoring those who perished and a thrillseeker ride for audiences is maintained wonderfully. Divesting much of what made Vertical Limit such a wank-fest, and eschewing the mountaineering cliches of Stallone’s Cliffhanger, Everest has a realism and sense of jeopardy crafted from the finest visual effects, on-location filming and rock-solid casting. As compelling a story as it is, however, Everest’s cumbersome character roster doesn’t feel as organic, or as deeply developed as it needs to be to give weight to the tragedy to come. Oh sure, the human toll is engaging at a superficial level, but for all the gravitas the script wrings from the “we’re trapped up here” scenario, if the film aimed for some kind of dramatic thunderclap it kinda delivers a dull thud.

Populating the film with such a terrific cast is problematic in that you kinda want to watch all the various story arcs, but can’t because of the need to intercut between them all to accommodate the story. Jason Clarke’s Rob is obviously the lead role, as he makes his money getting people up and down safely so has to balance personalities of varying hubris with communal, and to a point Clarke provides a solid job as the film’s central architect; but I know as much about him at the end of the film as I do at the beginning. Rob Hall’s wife, Jan, is played by Keira Knightley in what amounts to an archetypal “wife left behind” character, and although she’s pregnant, this “family” arc offers little by way of compensatory emotional heft to Rob’s otherwise plain-faced personality. So too Robin Wright, cast in a fifteen second role as Josh Brolin’s at-home wife, Peach Weathers; Brolin’s doctor is your typical selfish-type who thinks of himself more than his family, and his relationship with Peach is hinted at but is never examined with any depth. 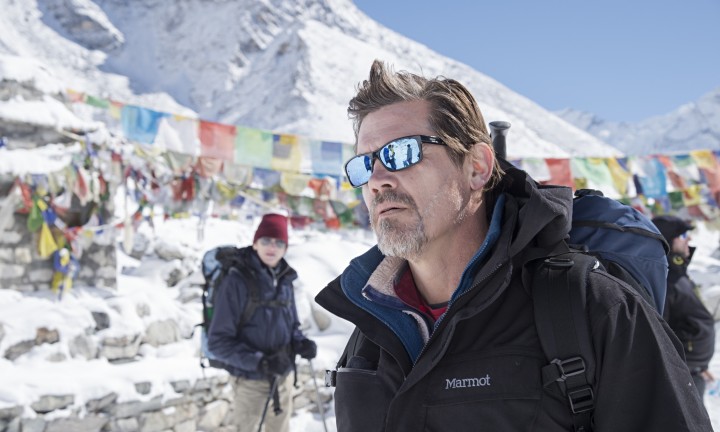 The rest of the Hollywood heavyweights just kinda blend into each other, including Jake Gyllenhaal’s Scott Fisher, as the snow and frost give everyone the same whitewashed, icy look that makes distinguishing them all a little hard late in the film. Henderson and Worthington come off the best, as climbers who help Rob as he descends, while poor Emily Watson frets back at base camp, as Rob’s business partner, Helen Winton. As the blizzard descends, the film tends towards being a shouty, indecipherable sleet of white ephemera, with characters wedged against the mountain clinging on for dear life. Once the blizzard hits, it’s basically a war of attrition, and for those unfamiliar with this story (as I was) a matter of trying to figure out who’s not going to make it.

Kormakur’s direction is solid, really, as he provides much of the film’s climactic moments with a sense of showmanship and broad-canvas tragedy; were it not for the script, which sadly lets him down, the film might have been so much more than a simple exercise in sound design, green-screen visual effects and a lot of people speaking through raspy, chattering teeth. With a screenplay credited to William Nicholson and Simon Beaufoy, Everest’s real feat is keeping us invested in the film beyond just a bunch of Hollywood A-listers being on the screen; I’d say the film does a good, but not unique job, of selling the story. As much as I’m one for human tragedy and wringing drama from adversity, Everest’s lack of compelling characters makes it a tough film to really dig into beyond the epic scope of Kormakur’s visual canvas.

One of the film’s moments of trailer-worthy exposition, which helps parallel the extremes Everest provides, is that the top of the mountain is as high as a 747 jet achieves at altitude. Frankly, it’s that kind of thing that makes me glad I live at sea-level. Everest is a solid adventure tragedy film that does its job well, but not brilliantly. For the scale of the tragedy, however, and considering the cast involved here, I expected brilliant. For all its potential, the end result is a tad underwhelming and, if I’m honest, more than a little disappointing.