Well, there’s no confusion over who directed this one.

Another in the long line of unasked for remakes of popular “classic” film franchises, Poltergeist benefits from the use of modern technology, although Gil Kenan’s affair never achieves the same scary status of the 1982 original. Kenan, whose previous “haunted house” film, Monster House, was a charming if low-rent animated affair, takes a crack at Spielberg’s classic story of a family who move into a new house, only to find it’s haunted by a spectral entity (yeah, a poltergeist) and end up fighting for their lives; David Lindsay-Abaire’s screenplay lacks the carefully developed connection between characters and audience, replacing genuine tension with the kind of manufactured, crash-boom scares that lack a sense of theatrics. No, Poltergeist’s 2015 remake is, sadly, more a homage and a serendipitous flashback to simpler film-making times than a product of genuine creative need.

The Bowen family – Eric (Sam Rockwell) and Amy (Rosemarie DeWitt) and their children Kendra (Saxon Sharbino), Griffen (Kyle Catlett) and Maddy (Kennedi Clements) – move into a new house following Eric’s recent unemployment. No sooner than they move in, and they start to experience strange, unexplained occurrences, culminating in Maddie declaring that “they’re here” after speaking to an unknown entity inside their television. Cue spooky creaks and groans, furniture moving of its own accord, and numerous other scare-flick cliches.

Poltergeist offers no build up, no development – it gets right into the spooks almost instantly. It’s like a filmed version of a speedway run – floor it and hope you don’t crash at the end. There’s no slow acceleration, no acclimatization to the film’s tone or aesthetic. For a guy who grew up with the original, who knows what’s coming ahead of time, this severely limits genuine tension and payoff. It’s only because I had an idea of what was coming that I enjoyed it as much as I did – which wasn’t much. New audiences to this franchise, who may not have seen the original, will find it a fairly thrilless ride, all execution and little heft. Good scare-flicks need to build a relationship with the audience, generally through the characters, with whom we need to have an attachment to feel for them when the proverbial shit hits the fan. This film doesn’t – or can’t – do that, giving us bland, 1-dimensional characters who lack either an edge or any kind of warmth.

Sam Rockwell, a terrific actor normally, looks confused about even being in this film, as he wanders through the story gracelessly. Rosemarie DeWitt tries to play the stressed mother, a writer who isn’t writing, and does a good fist of things without having any real understanding of her character. Jared Harris’ wide-eyed spook-hunter is appropriately kooky, while Jane Adams’ Dr Powell – appropriating Zelda Rubenstein’s role in the original – seems to be having a blast here, albeit too little, too late. Some of the cast, particularly the children, deliver wooden, not-quite-realistic performances that do little to draw the viewer into the story. I always struggle when I can visibly see people “acting”, rather than giving a seamless performance, and it’s worse when it’s kids, because their natural inexperience makes it all the more frustrating.

Gil Kenan’s direction is suitably menacing, and he does generate some mild anticipatory chills and scares here and there, but largely Poltergeist is an effects-driven spectacle that never generates legitimate, character-warranted scares; all the hi-falutin’ effects and cool creature-shocks are technically excellent and, were they to appear in a different film, quite effective. Without good characters or decent performances to anchor the story, though, Poltergeist falls apart rather quickly. The original’s core plot elements are here: the mysterious closet, the tangled tree lurking outside, and the sudden rearrangement of inanimate objects (in the original, it was kitchen chairs, here it’s comic books) while our kid heroes are put through the wringer as their ignorant parents think it’s “all in their heads”. Until they see it for themselves, of course. 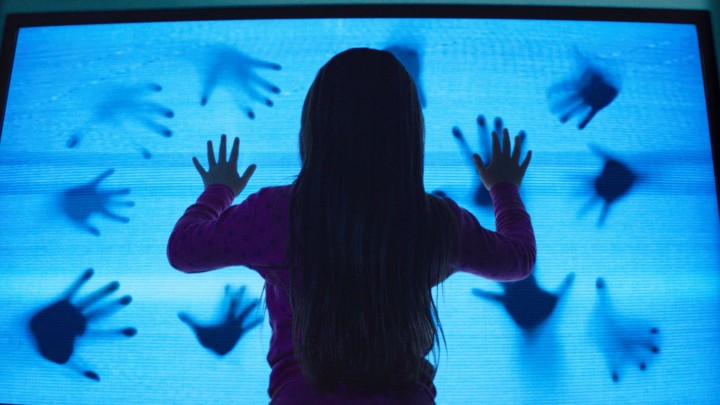 Children-in-peril is a tricky thing to pull off convincingly, especially in a PG rated film such as this. There’s little actual gore, very few moments of physical harm (outside of Griffen being hurled about by possessed tree-branches) and plenty of pre-pubescent screeching – none of which works, as far as I’m concerned – making Poltergeist’s rattle-and-shake plot more an exercise in sound design and Robert Zemeckis-esque camerawork. Kenan’s camera sweeps and swoops through the Bowen house, echoing the ethereal nature of the titular spirit, as if he’s designed the film as a theme park ride rather than a piece of filmed entertainment. Things just… happen, for no reason, a series of unexplained events that we’re supposed to be frightened of because the music is eerie? Please.

Another troubling aspect of the film is that you can feel it’s 80’s roots seeping out of virtually every pore of this thing. While the time period of the film isn’t specified (I assume modern day, because Kendra uses an iPhone at one point), the tone and vibe of the film is that of about thirty years ago, and Kenan’s vague approximation of a Goonies-style shot selection, again reminiscent of Zemeckis by way of Donner by way of Spielberg, does little to drag the story into the here-and-now. Like putting a Ferrari body over a Model T Ford chassis, Poltergeist’s 2015 reboot has far too much DNA of its progenitor for my liking: it’s not its own film. Watch out, Gil, your reboot is showing.

Offering little but a minor diversion from the glut of PG-kid friendly slop splashing onto cineplex screens these days, Poltergeist is largely forgettable (which is a shame), and wastes its potential with indifferent characterization, and an abusive favoring of style over substance. Kenan’s natural proclivity for theatrics is muted here, giving each “scare sequence” moment as much consideration as a hooker would her last blowjob. There’s a join-the-dots perfunctory construction here, a decidedly mechanical enterprise hoping to cash in on the original’s rose-colored-glasses cult status and stumbling badly through what can only be classed as a dullard homage project. Skip it. 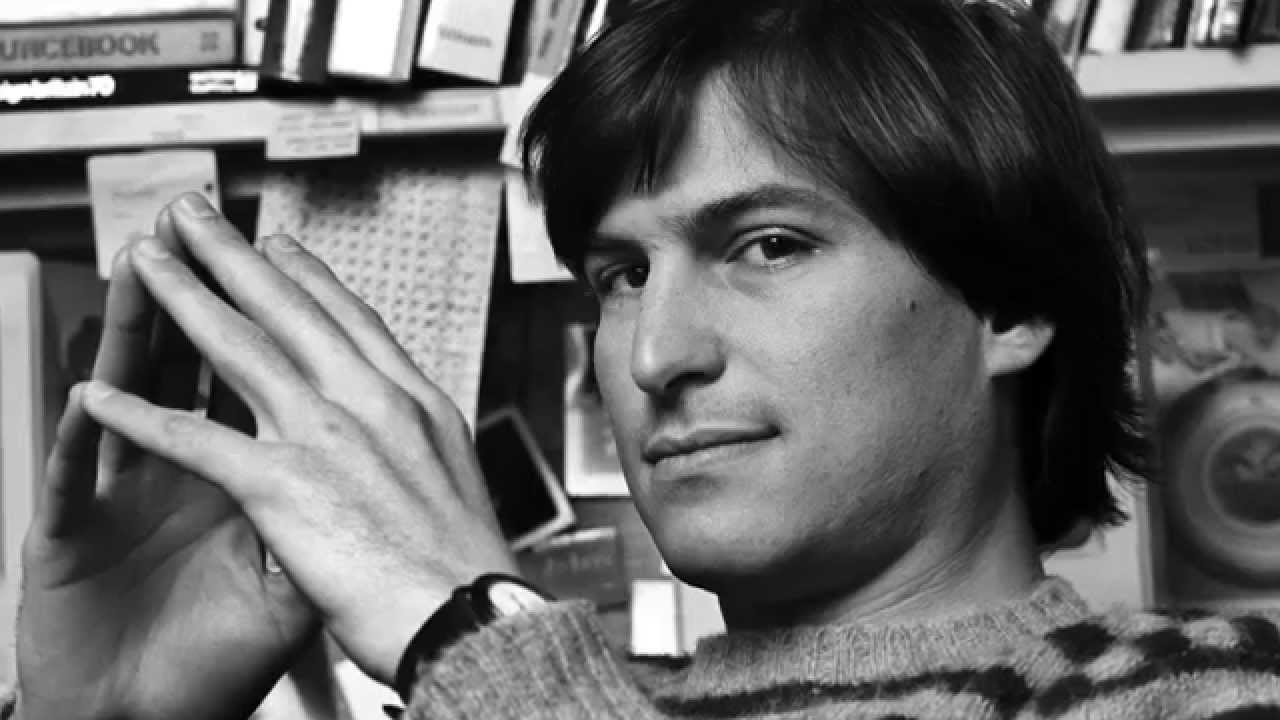 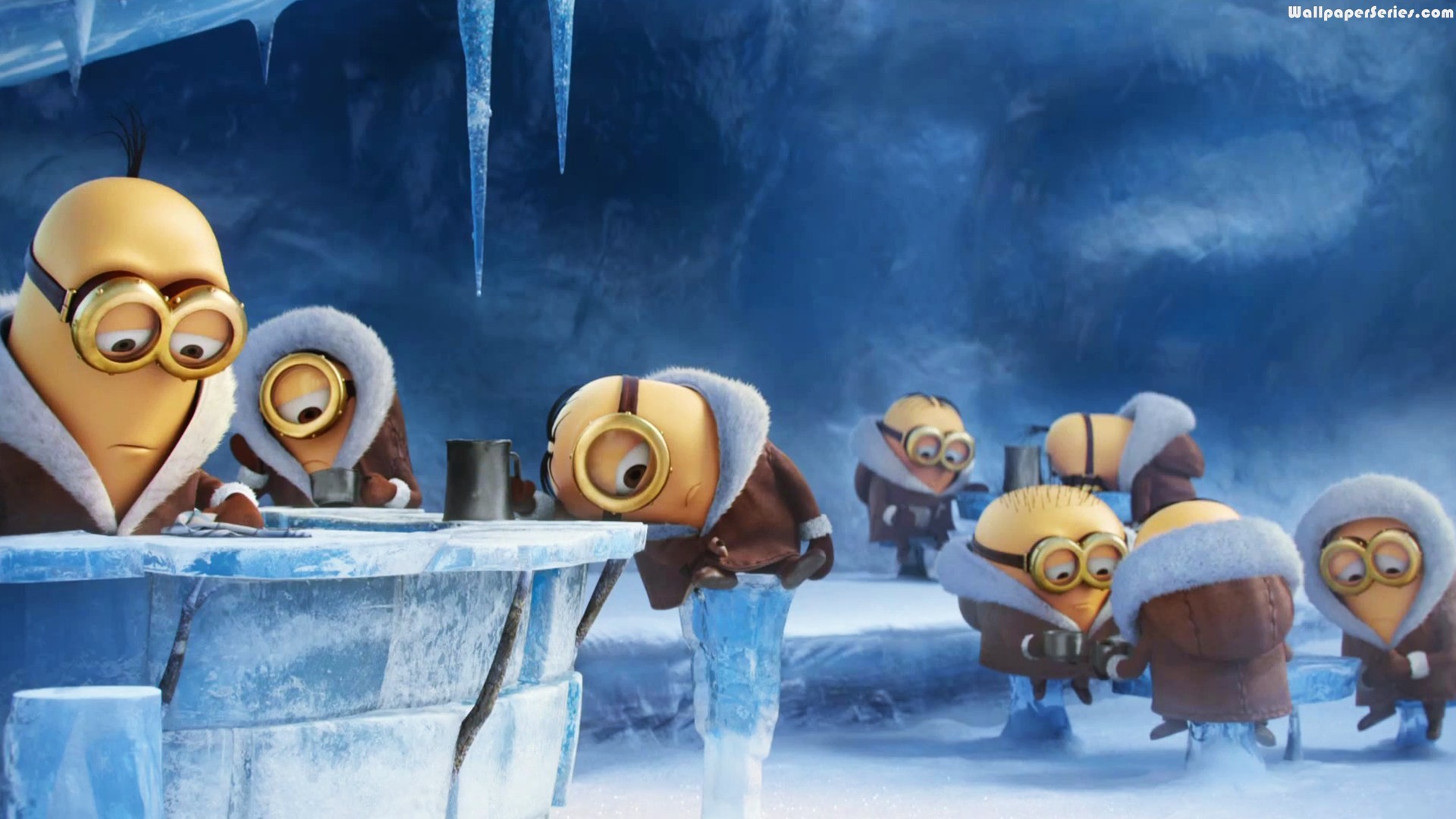